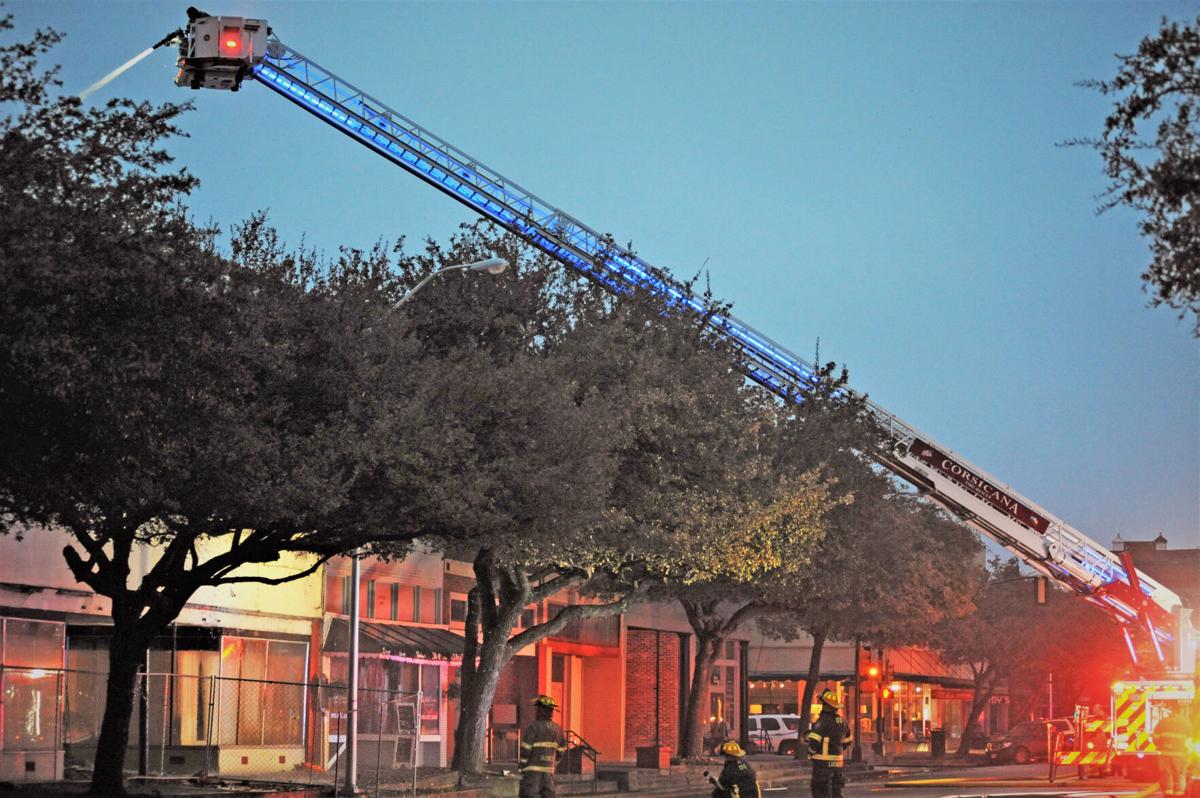 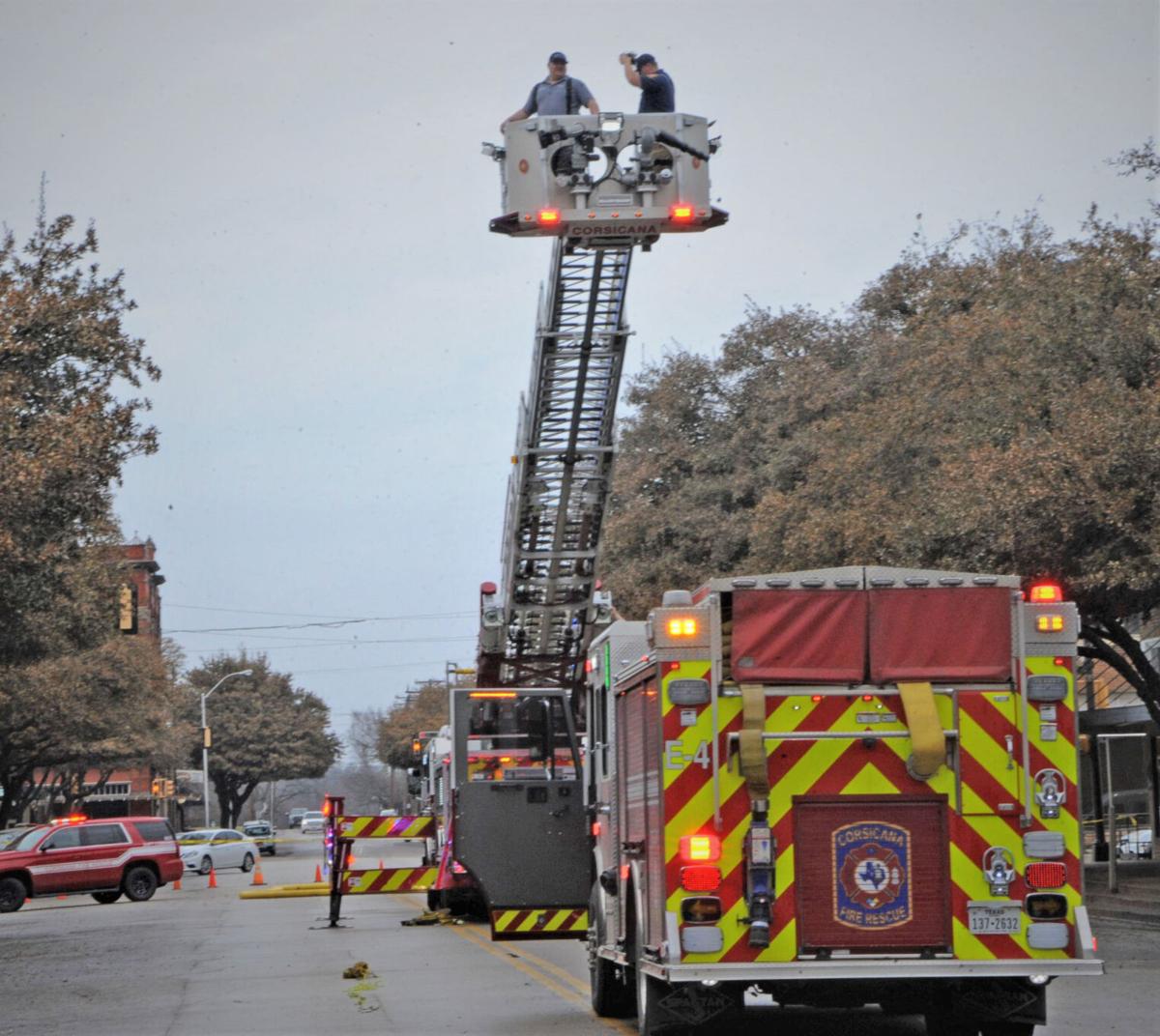 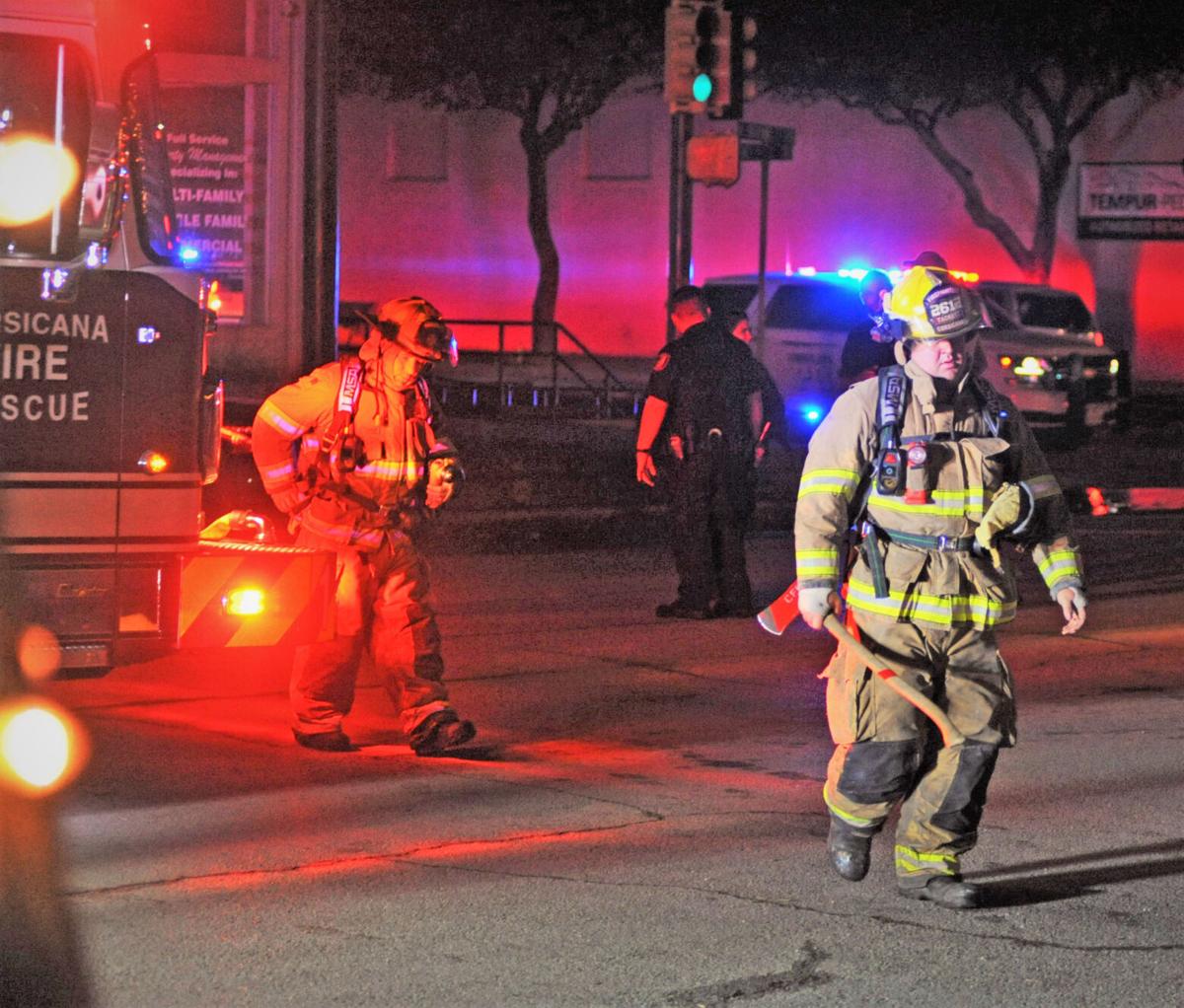 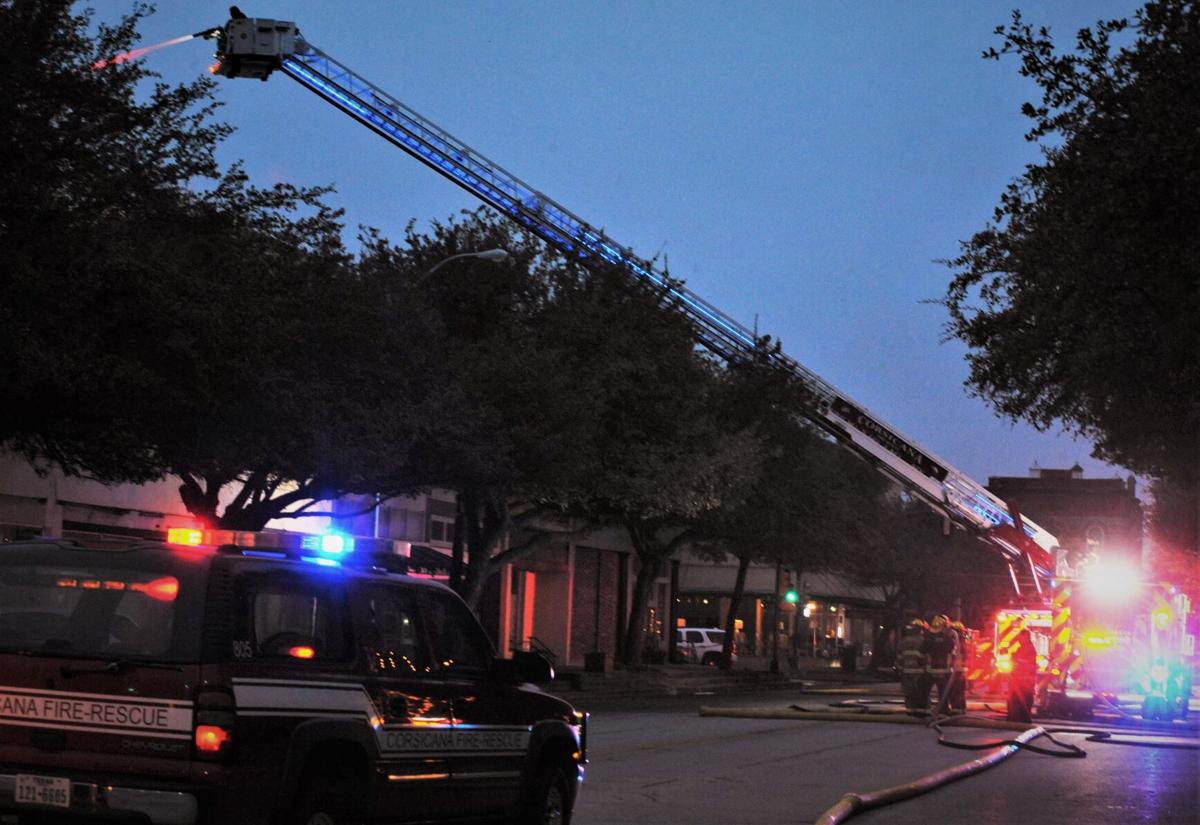 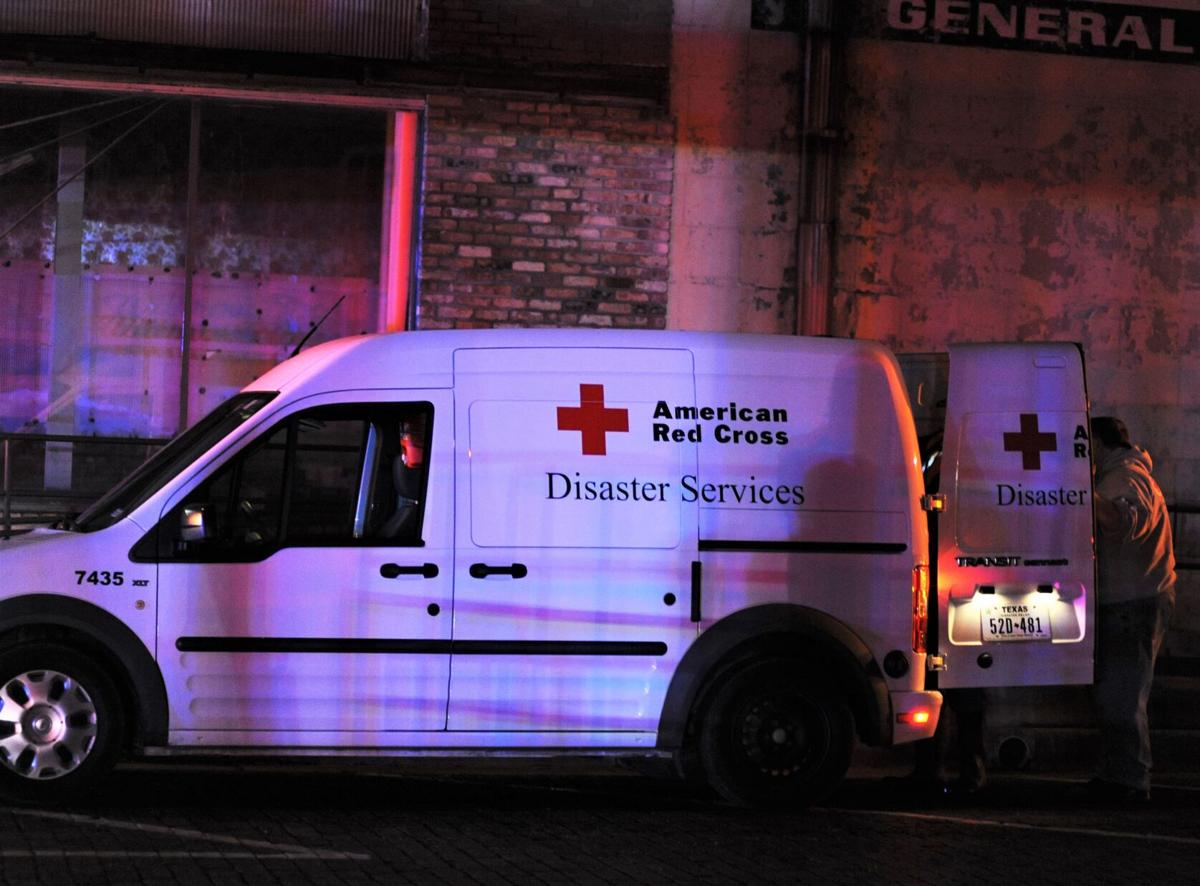 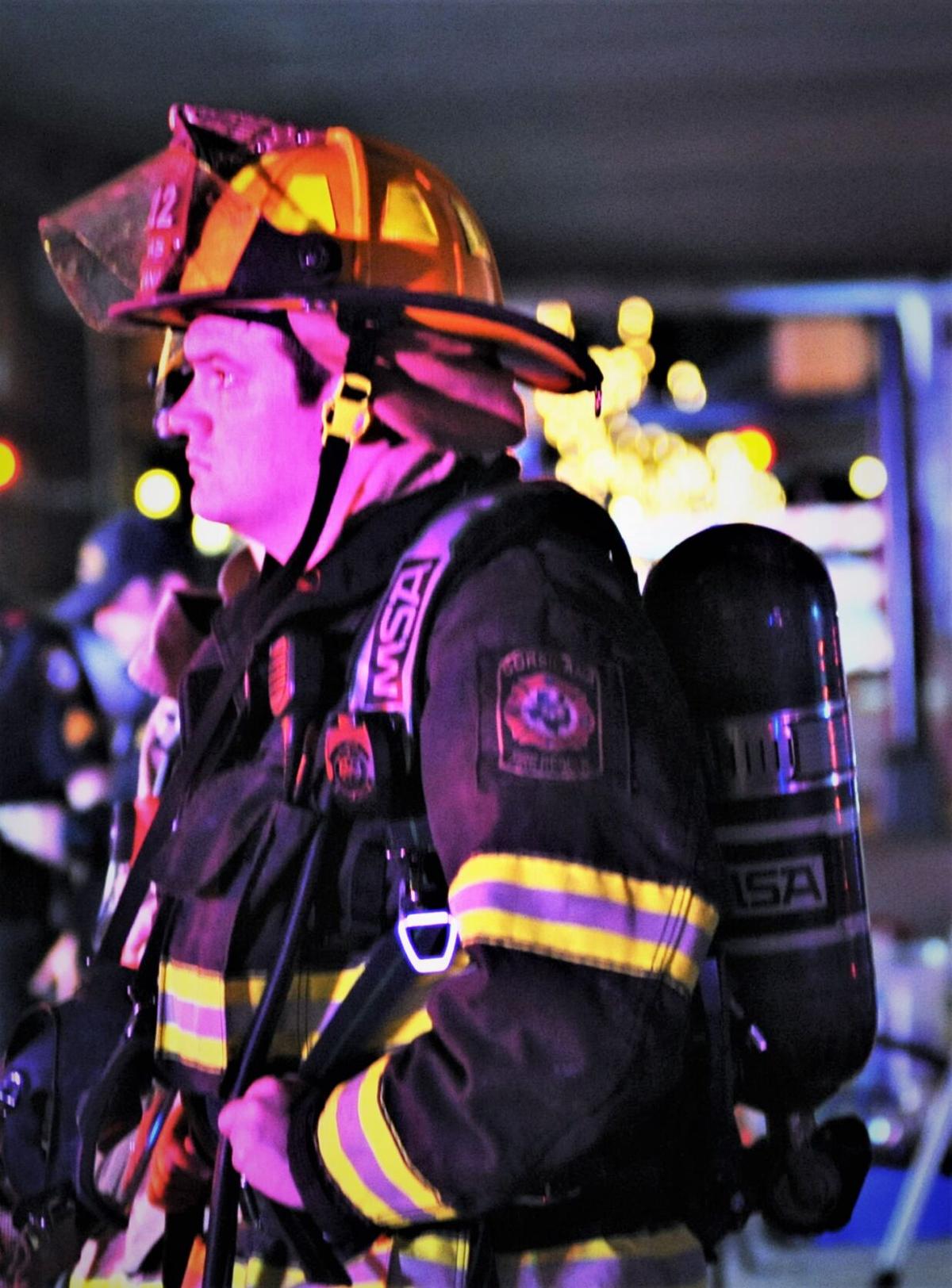 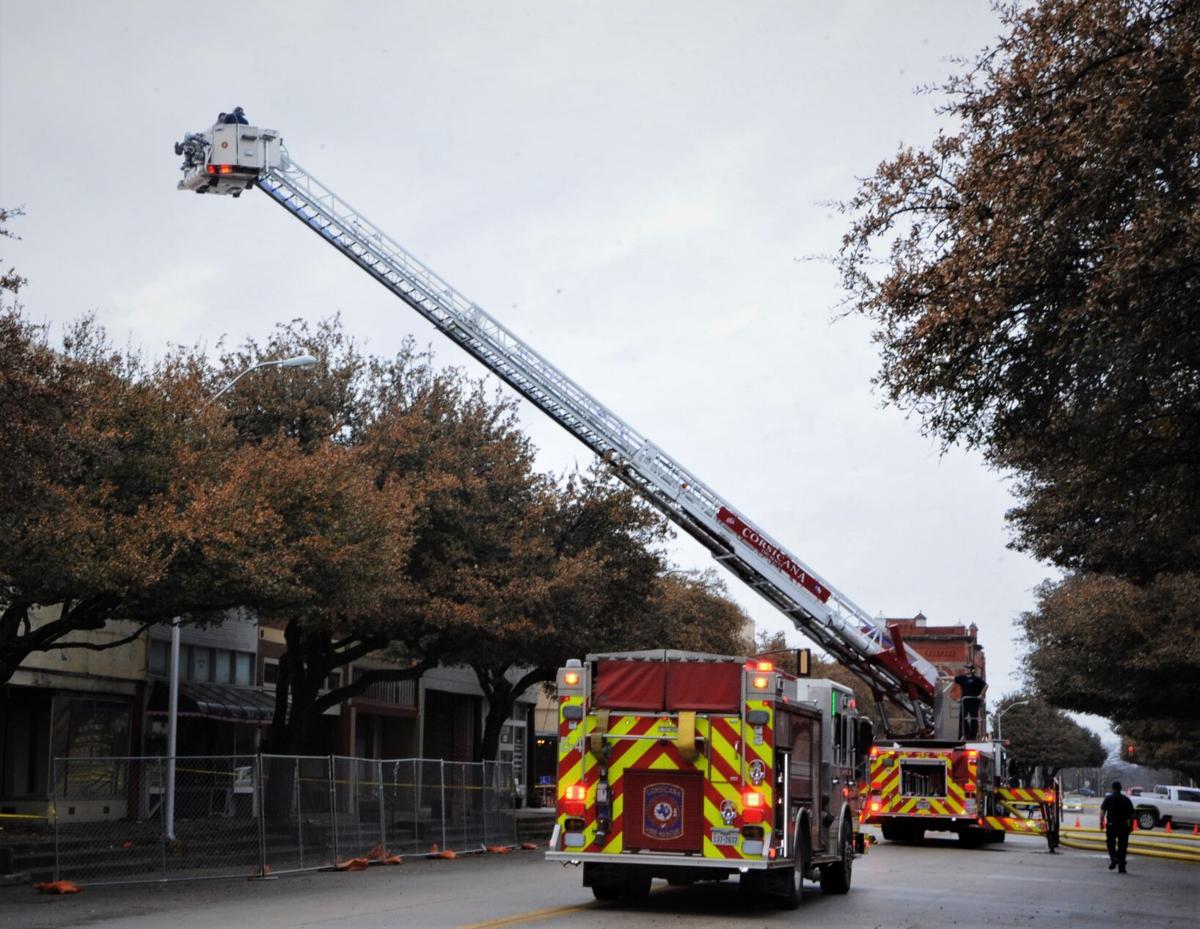 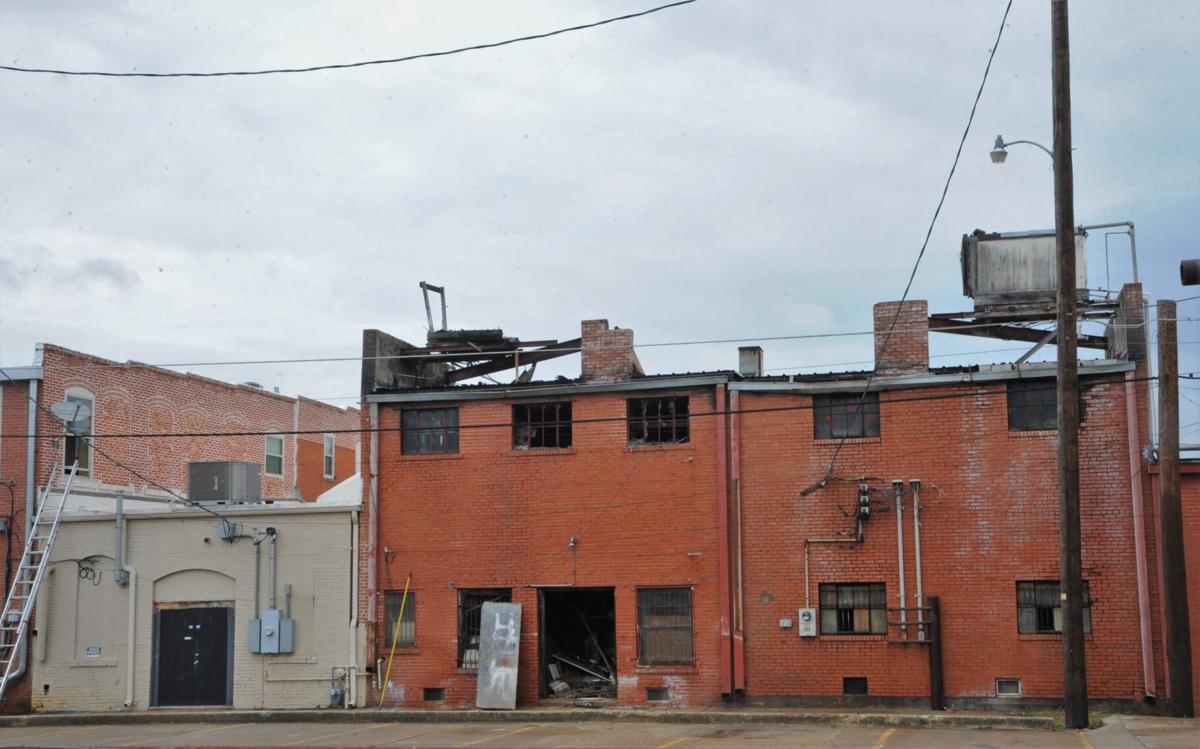 Saturday was not a typical day for Corsicana Fire Rescue. In a single shift firefighters contained a fire in a downtown building, distributed bottled water to area residents and gave almost 1,200 COVID vaccines.

“Our guys had a full shift, did a great job and they did it safely,” Capt. Travis Ellington said. “You can’t ask for more than that.”

“We arrived to heavy smoke,” Capt. Brad Roughton said. “Two crews got about three quarters of the way up they stairs but got pushed back due to fire conditions. We were worried about structural collapse.”

Roughton said life safety is top priority so firefighters then went into a defensive position to contain the fire to the building, which was being used for storage but was unoccupied at the time.

“Once we went on the defense, we kept the fire to the building of origin so it did not spread to the entire block,” Roughton said.

He estimates it was about 7:30 a.m. before the fire was under control.

“The building of origin was a total loss,” he said. “One attached business suffered some water, smoke and structural damage. The cause if the fire is undetermined at this time. With the structural integrity of the building as it is now, we can’t even get in to determine the cause.”

Roughton said the results were the best possible outcome for a fire of that magnitude.

“I can’t brag enough on how great a job our guys did Saturday,” he said.