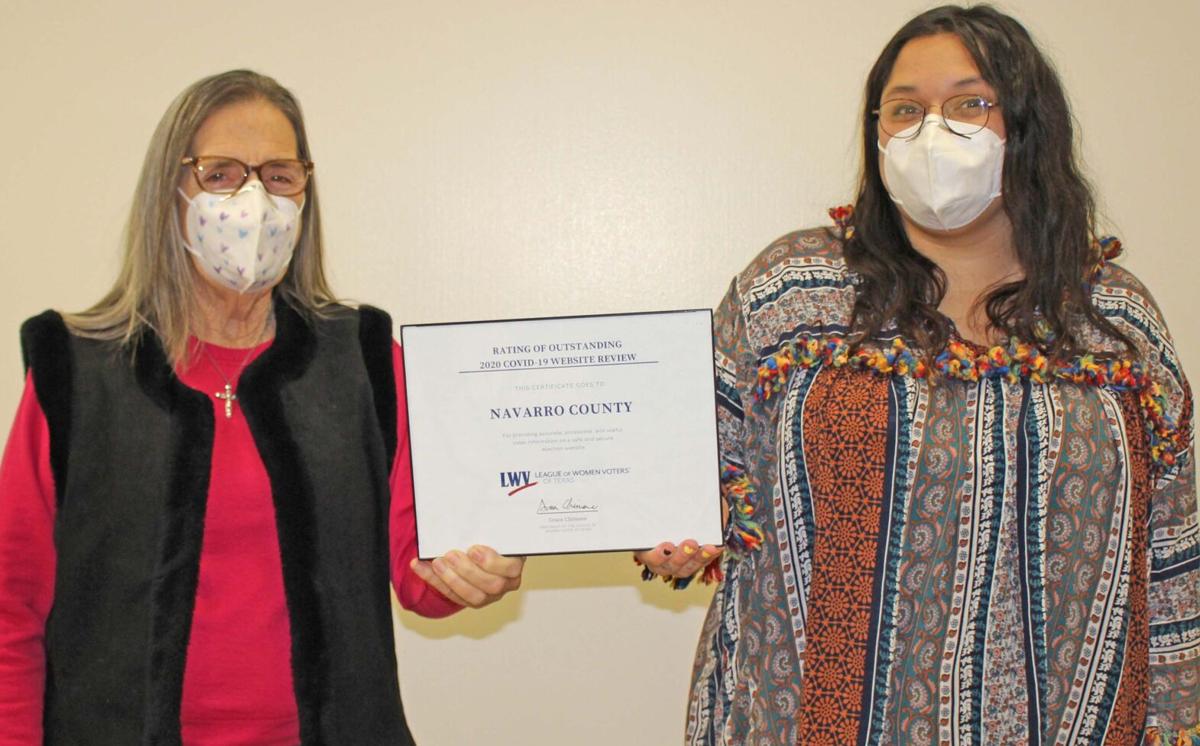 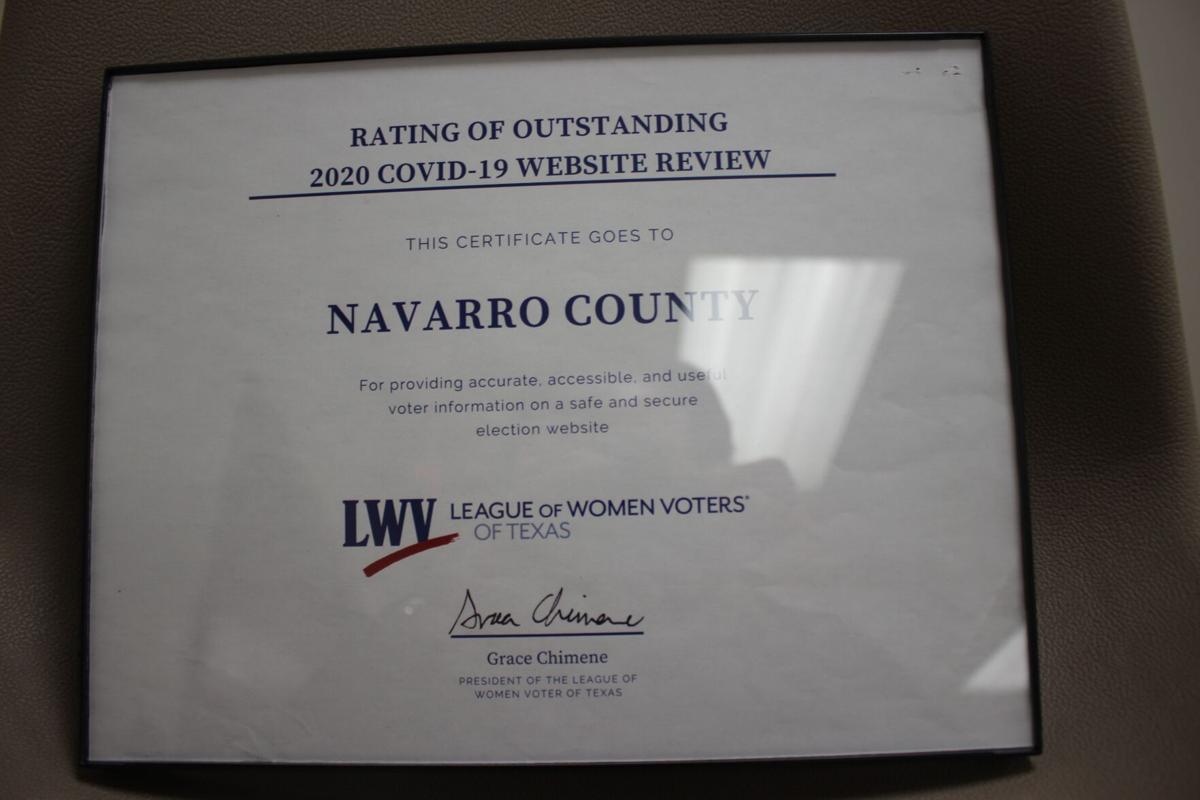 The League of Women Voters of Texas recognized the Navarro County Elections Administrator and staff for its outstanding COVID-19 website, providing accurate, accessible, and useful voter information on a safe and secure election website.

Navarro County Elections administrator Dan Teed, was quick to give the credit for the honor to his staff.

“The ladies are dedicated; they worked their tails off,” he said.

Thomas, who began working in the elections office in January 2020, characterized her first election experiences as “awesome.”

“I am so happy to work with such great people. We get to work and help people with voting,” she said.

The significance of women fighting for and later earning the right to vote just over 100 years ago wasn’t lost on Thomas.

“It’s great to be a woman and be recognized by the League of Women Voters of Texas,” she said.

“The award is great, but that isn’t why we did the work,” Smith said.

“We didn’t even know that we were eligible for the honor,” she said.

“Our focus was to get the information out as efficiently as we could so that the people who wanted to could vote safely.”

In addition to the other Election Day locations, 12,716 registered voters voted early in person at the Navarro County Annex Building located at 601 N. 13 St. in Corsicana. That equates to an average of 100 voters per hour on 15 voting machines, overseen by three clerks.

“Each station was sanitized after every use,” Smith said.

There were 52 individual ballot styles and several items from the state that required that minute changes as well. The large number of ballot styles needed for the General Election was due to the May 2020 uniform elections, being postponed until November because of the pandemic.

“On top of everything else we had to contend the coronavirus,” Teed said.

Smith started to stockpile Personal Protective Equipment in June, including gloves, plastic dividers and alcohol to wipe down all of the touch screens.

Election and poll worker training sessions began in September for the November 2020 General Election. There were 13 trainings scheduled, one more than normal for the fall election season. Each class had 15 people, Smith said.

“We kept everyone who would serve at any particular voting location together as much as we could, a decision that helped lessen the chances that any poll worker or voter would contract COVID-19.”

Although this plaque is recognition of how the Navarro County Elections office staff performed well during 2020’s trying times, they all know the next election is just as important as the last.

“We are already hard at work preparing for the May 1, 2021 uniform elections,” Teed said.