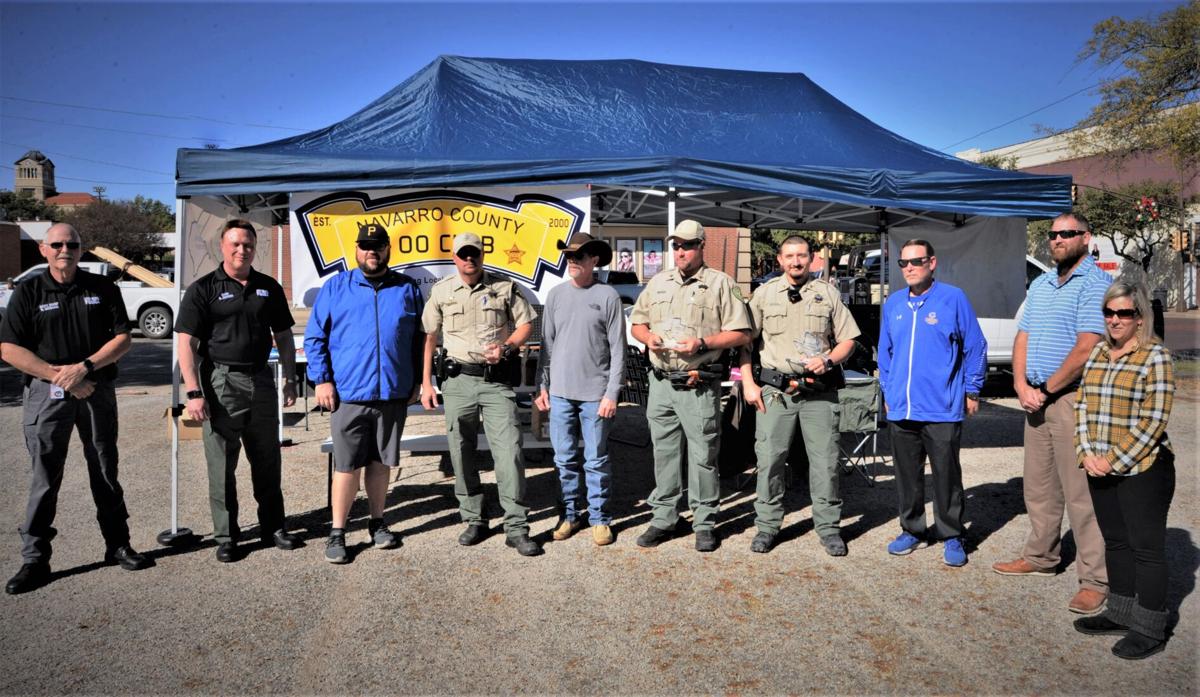 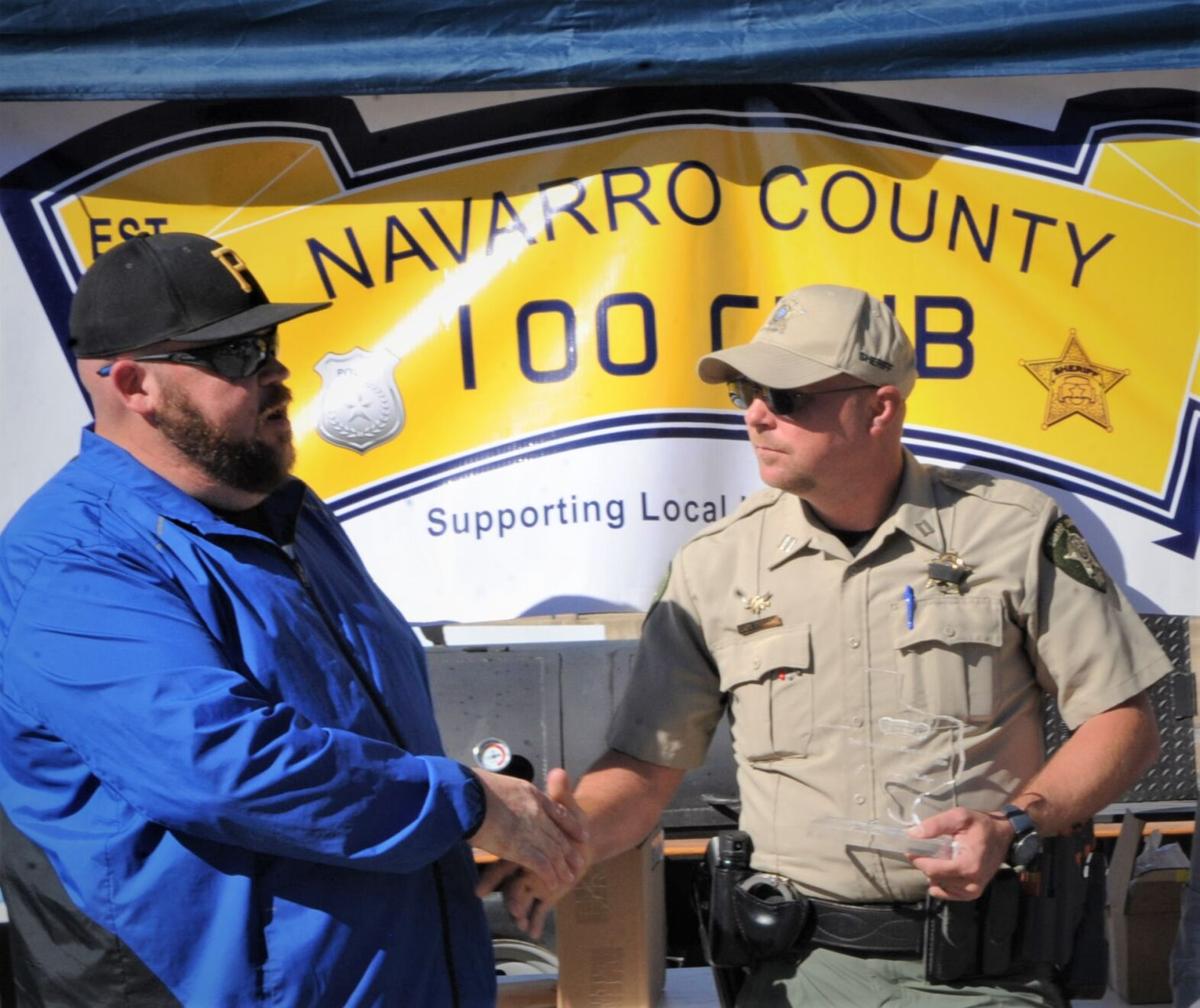 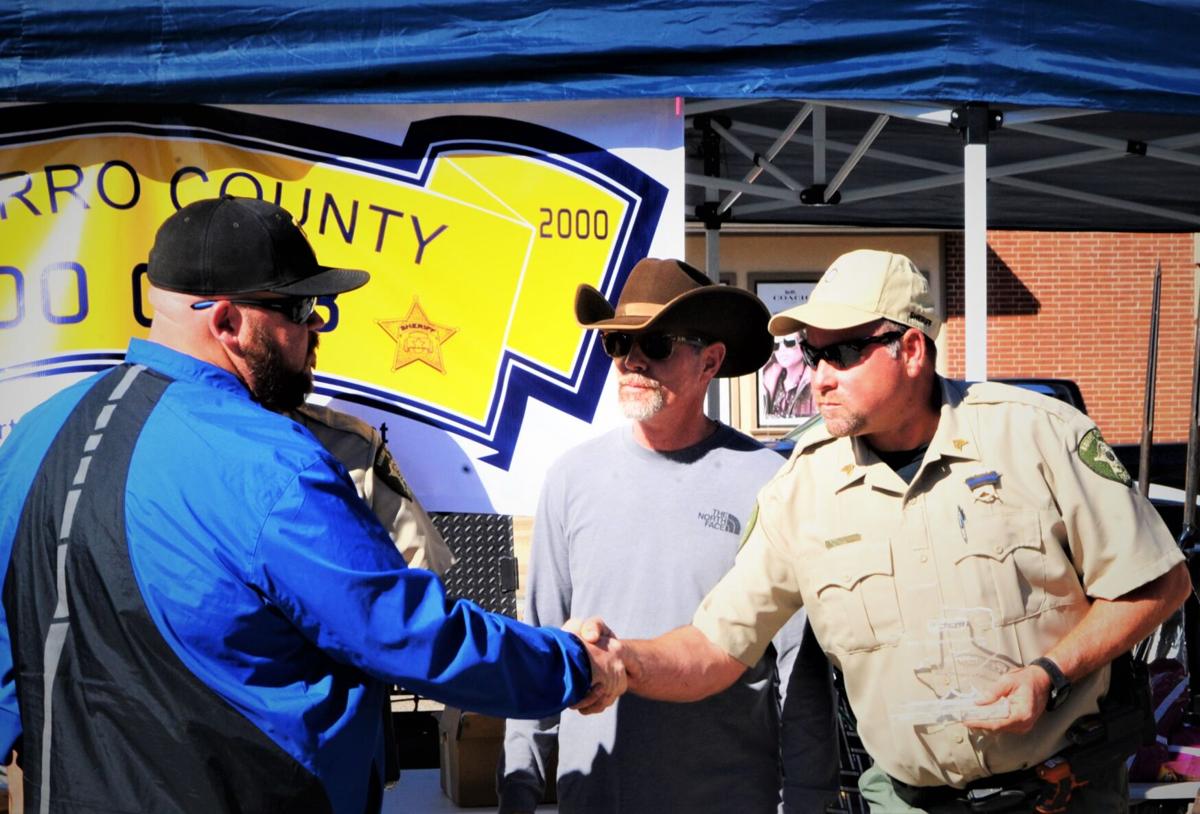 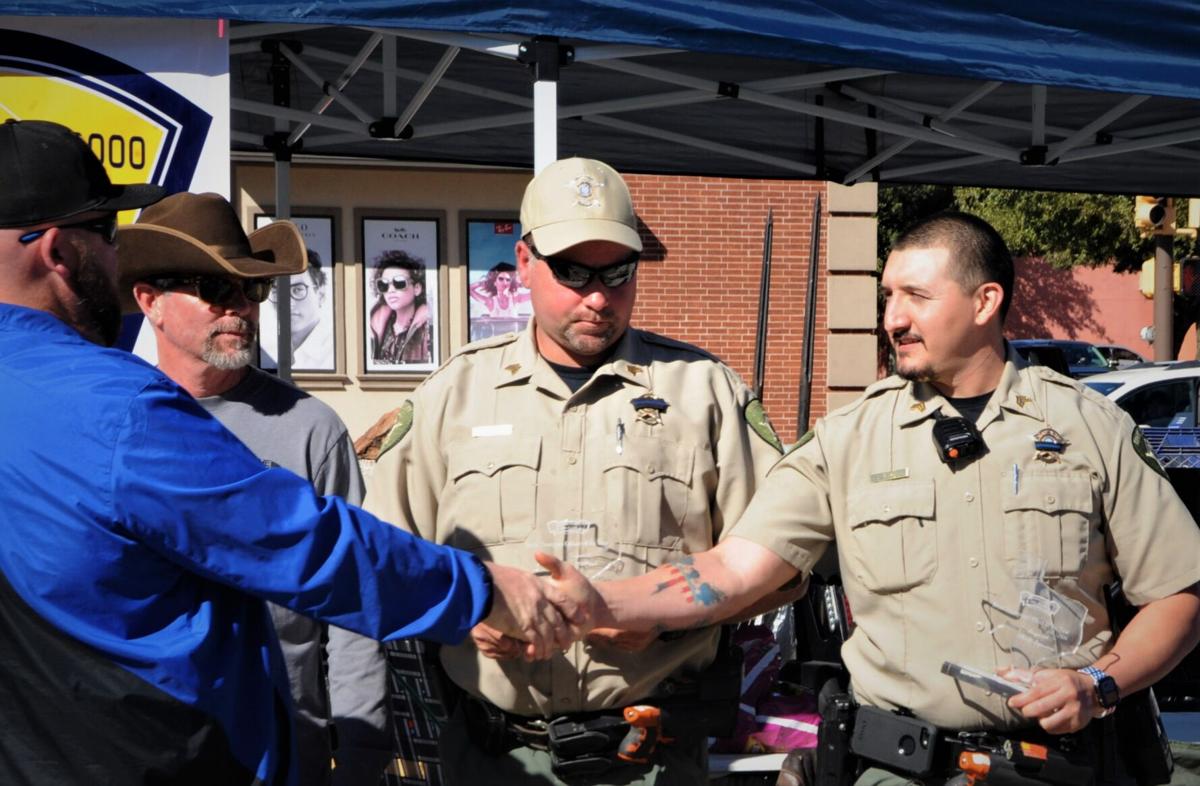 Every day Navarro County law enforcement officers put their lives on the line. It's during these life or death moments that seconds count, and this year's Brent Thompson Officers of the Year exhibited bravery during one of those times.

The award, named for Corsicana's Brent Thompson, who was killed in the line of duty during the July 2016 ambush on police in Dallas, was presented to three Navarro County Sheriff’s Deputies.

Navarro County Sheriff Elmer Tanner nominated the three men for their involvement in an incident Feb. 5 of this year after Matthews and Espinosa were dispatched to a welfare concern to check a sleeping driver of a car parked in the road in the 1500 block of NW 0020 Corsicana.

Upon the deputies' arrival, they spoke to the driver and were attempting to evaluate the situation when he placed the running vehicle into gear. Deputies ordered him to stop as he drove away.

As he was attempting to drive off, he partially drug both deputies with the vehicle, almost running over Matthews. He then drove away from the deputies, who followed, turning on their emergency lights in an attempt to stop him.

The driver refused to stop and additional units responded to the area for assistance. During the pursuit, spike strips were deployed first by the NCSO and then later by Corsicana Police Department officers in an attempt to end the pursuit.

The deputies reported seeing the suspect possibly discarding narcotics evidence out the window during the pursuit. The suspect eventually turned his vehicle eventually southbound into the northbound lane of North Business 45 at Roane Road in Corsicana.

Phillips spotted the vehicle driving erratically into oncoming traffic and, believing the public to be in immediate danger, he used his patrol vehicle to push the suspect's car off the roadway, thus ending the pursuit.

The suspect was taken into custody on a felony charge of evading arrest in a vehicle and aggravated assault on a public servant with a deadly weapon.

“I commend the actions of our deputies during this dangerous situation and I also want to thank the Corsicana Police Department officers who immediately came to assist with this pursuit,” Tanner said. “We appreciate Capt. Phillips’ willingness to place himself into possible harm’s way at a moment’s notice to prevent injury or death to innocent civilians.”

Winning raffle tickets were also drawn for the club’s annual “We’ve got Your Back” fundraiser, which benefits the families of fallen officers and the equipment and training needs of local departments.

Congratulations to the winners!

“Thank you all so much for the support and raffle ticket purchases,” event organizers said. “You’ve made this the biggest year yet! We are happy to announce that we will be able to give our local Navarro County Law Enforcement agencies a record amount of funds! We want to thank those who donated the hunts, fishing trips, guns, and other items that allowed this raffle to happen. If you see these people in the community, thank them!”