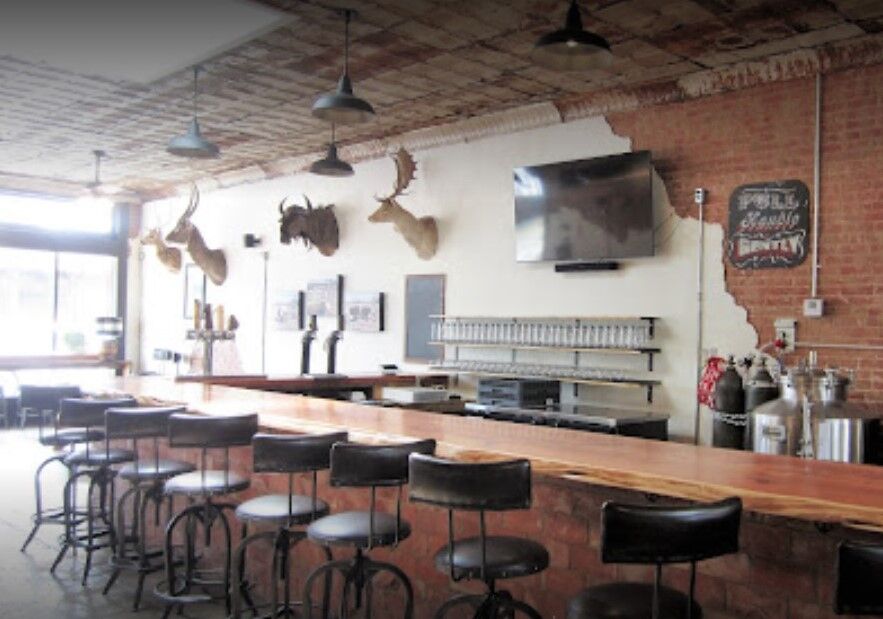 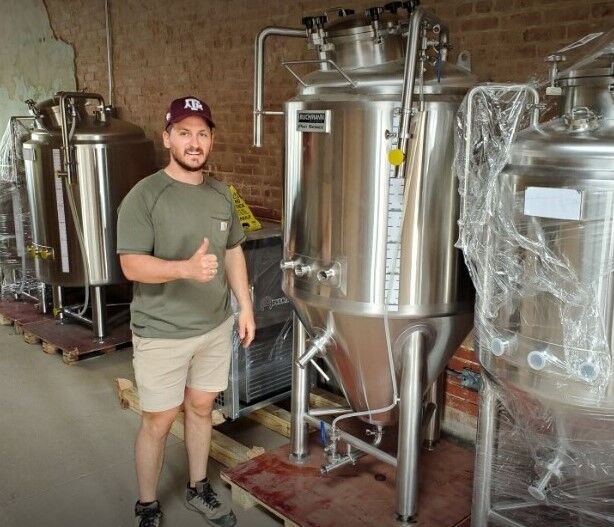 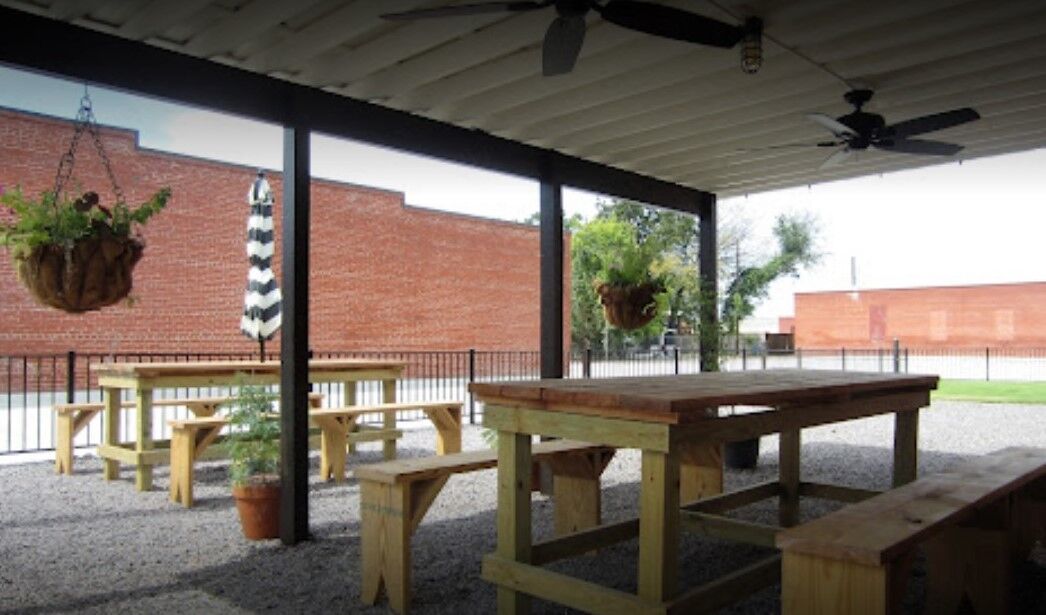 “Business has actually been much better than I expected,” he says. “I expected it to start really slow and people to trickle in and kind of be freaked out, but it hasn’t been like that at all.”

A local kid who left Corsicana only to find that his hometown had all he needed, Goins said he never planned on returning to his old stomping grounds as an entrepreneur. But after working in the corporate world and catching a glimpse of his future sitting behind a desk in some faraway city, he figured he needed to blaze his own path. That’s when he took stock of his marketable skills and realized he had something to offer.

“On a whim, right after I graduated college, a couple of buddies and I got a home brewing kit, and I just thought it was cool,” Goins says of his humble brew master origins. “We made some and it turned out okay, but I thought, I wonder if I can make that even better. Then it just got excessive from there.”

Goins soon graduated from a one-gallon brewing kit to one that held 10 gallons. Not long after, he learned to keg his own beer. He hit pay dirt with a home-brewed American pre-prohibition-style lager that, to this day, Goins counts among the best beer he’s brewed.

At the same time he was living in central California and traveling for business throughout the western United States, where the craft brew movement has flourished for decades. On these trips Goins would visit small breweries and tasting rooms, taking notes as he went.

“In the middle-of-nowhere Montana, 30 minutes from the Canadian border, there’s a little town called Havre, and there are three breweries in Havre,” Goins said. “That’s when I first got the idea of the ‘nano brewery,’ which is what I am. They’re these tiny breweries that are essentially little self-sufficient tasting rooms. It’s just different. These are not massive commercial facilities with tasting rooms on the sides. You walk into these places and you’re there. They don’t even offer brew room tours because you’re physically sitting inside them.”

By this point Goins was ready to strike out on his own, and he and his wife were homesick for Texas. Goins thought about it and figured if Havre, Montana, with a population around 9,000, could support three breweries, a place the size of Corsicana could support one. And he knew just where he should put it.

“Corsicana has the most quaint and authentic – that’s the keyword, authentic – red-brick downtown in the United States, hands down,” Goins said. “I know that’s a bold statement, I get it, and I’m biased, but I stand behind it. I knew for this to be successful I had to find a way to put the brewery inside one of these old buildings.”

Now Goins has his idyllic spot on brick-paved Fifth Avenue, complete with a rustic bar accented with Whiteselle Cherry Reds, a beer garden and a tasting room where patrons can enjoy a rotating cast of beers as well as a selection of Texas wines. Hopefully soon, Goins said, if all goes according to plan, he’ll start bottling his brews and offering six packs to go.

Goins said he is proud of what he’s built and grateful for the fast start he’s had out of the gate. And he’s happy to be part of the resurgence in downtown Corsicana, where people can finally get a good local beer without leaving town. You might say it’s long overdue.