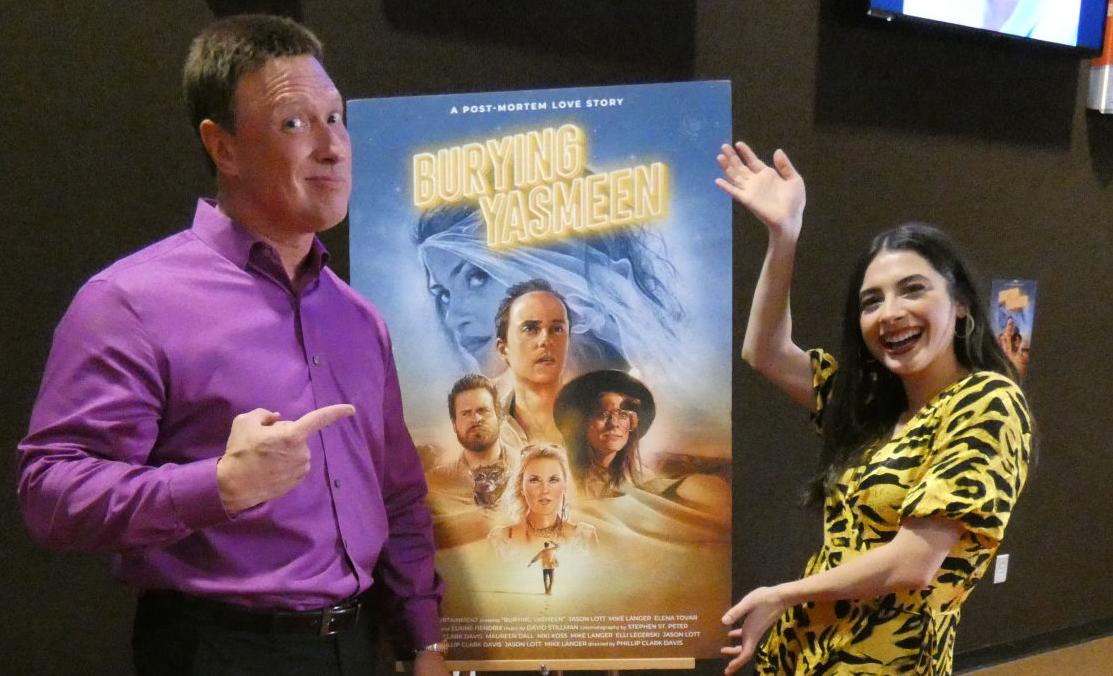 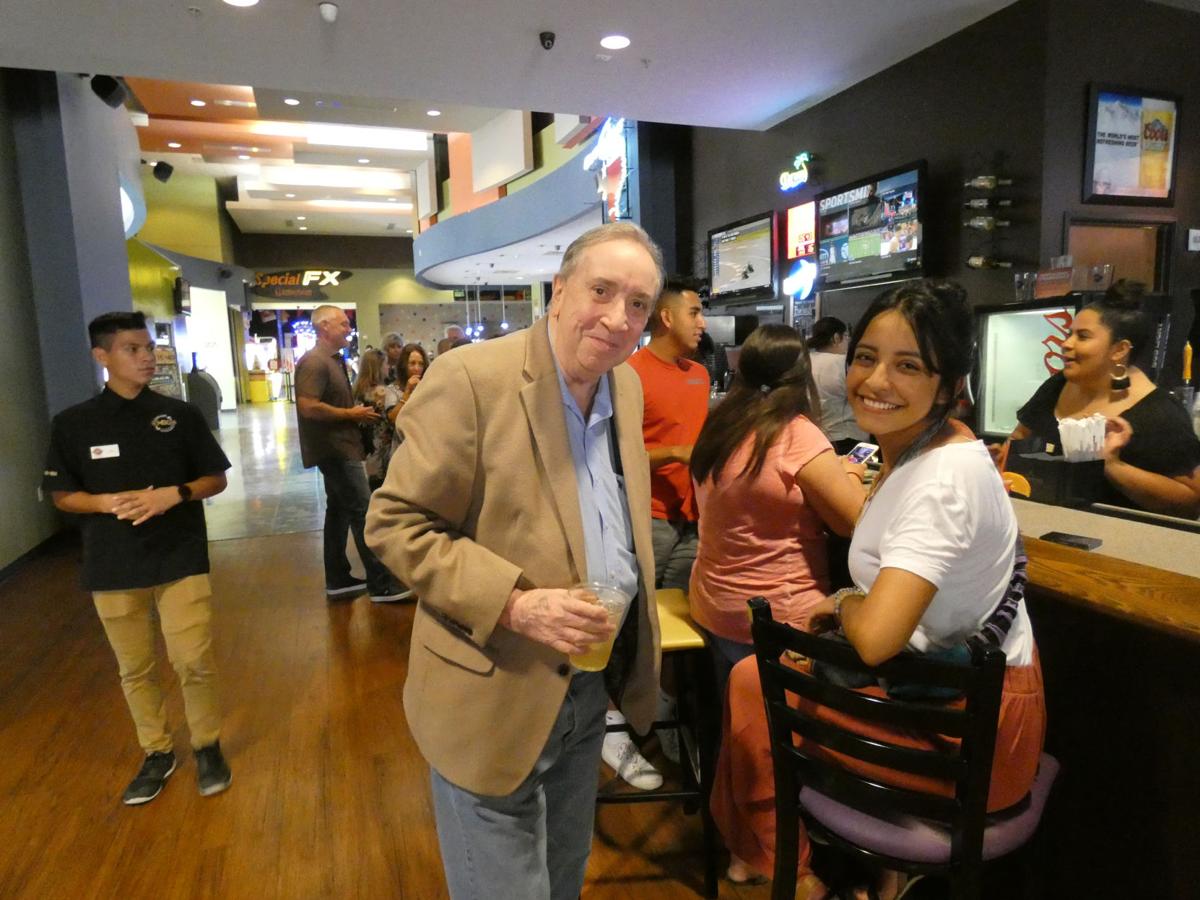 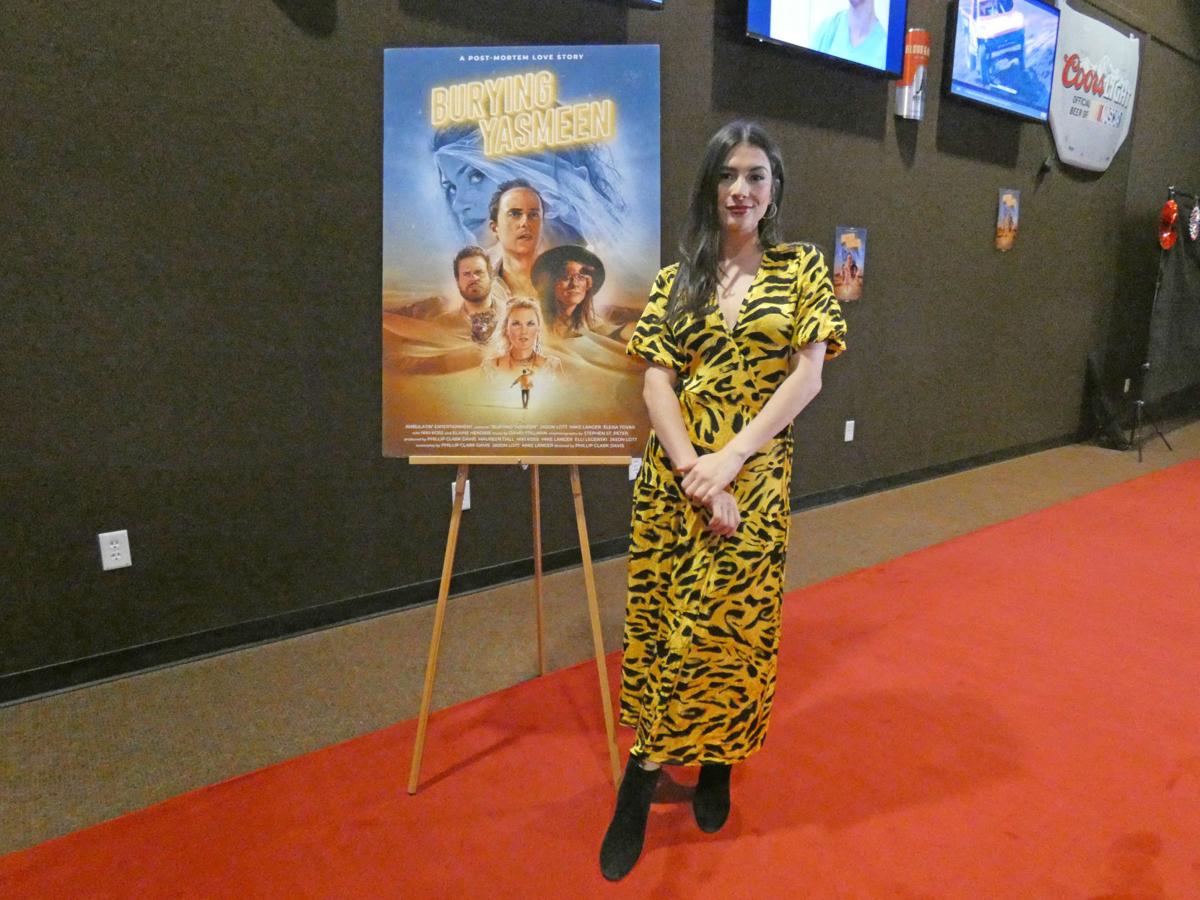 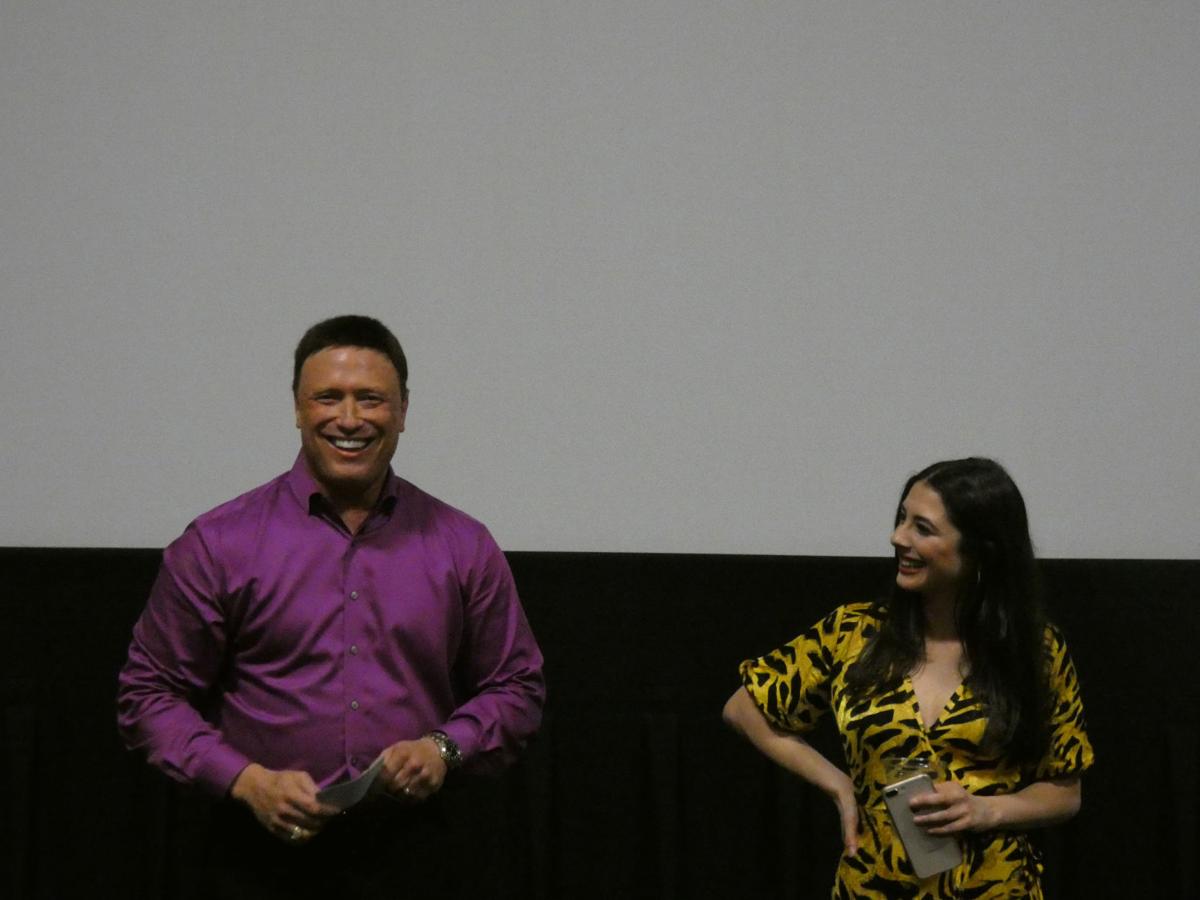 The event started at 6 p.m. when guests were able to enjoy themed cocktails such as "the Bobby J" and "Sweet Niki," while actress Niki Koss spoke with and posed for photo ops with attendees. Among those in attendance were Corsicana Mayor Don Denbow, Frank Hull, the Chairman of the Hull Creative Arts foundation, and former FOX 4 anchor and reporter Richard Ray, accompanied by his wife Catherine.

At 7 p.m., Koss and Corsicana Chief of Police Robert Johnson ushered attendees into the theater to introduce the film.

"Burying Yasmeen" was described by Koss as an "awkward comedy." The film focuses on two friends: Jason (Jason Lott) a suicidal romantic who can't get over his recently deceased ex-wife (the titular Yasmeen), and Mike (Mike Langer), Jason's commitment-phobic roommate.

Jason receives a vision that he can reconnect with his dead ex-wife if he attends her funeral and places her wedding ring back on her finger. Mike, for reasons of his own, decides to accompany his friend for support.

With any buddy comedy that takes place on the open road, things are never set to go well, from the excruciating traffic of the Interstate Highway 15 between Las Vegas and Los Angeles, to who they encounter along the way, from a bizarre raccoon/cat-ish thing the duo ends end up adopting, mysterious desert bicyclist Vaginia (Elaine Hendrix), to a geological surveyor with mild Asperger's named Zannah (Koss) who works for a nigh-useless mapping application called TRTL.

Rounding out the characters are Mike's long-suffering girlfriend Shannon (Elena Tovar), and Yasmeen (Adelaide Lewis) herself, who is largely featured in flashbacks or as a corpse.

Lott, Langer, and Koss find themselves in multiple scenarios that provide numerous moments of physical comedy and clever dialogue. Much of the humor is very dry and played straight, which only builds up the oddball situations that the characters repeatedly find themselves in. Several of the one-liners and bizarre scenarios got more than a few laughs from the attending audience. Yasmeen's funeral in particular was a highlight for those that enjoy surreal screwball comedies.

Overall, "Burying Yasmeen" is a charming, character driven comedy with a playfully wicked sense of humor and lessons about taking responsibility and letting go.

After the film, Koss held a Q&A session with Chief Johnson moderating. The two will be working together again this fall as Koss will be filming "Margo and Morty" in Corsicana, which also marks her directorial debut.

"If you're interested in the arts, you don't have to live in L.A. anymore," Johnson said. "These films give Corsicana PR that we couldn't buy."

"We couldn't make anything in Corsicana if it weren't for the citizens of Corsicana," Johnson added.

Koss enthusiastically shared Johnson's sentiment: "I will bring every movie I can to this town. I'm never gonna leave."

For those interested in viewing “Burying Yasmeen”, the film debuts June 23 on iTunes and other streaming platforms such as Amazon, Google Play, and Vudu. Continued support for the film expands its potential distribution for Netflix, Hulu, and physical media release.