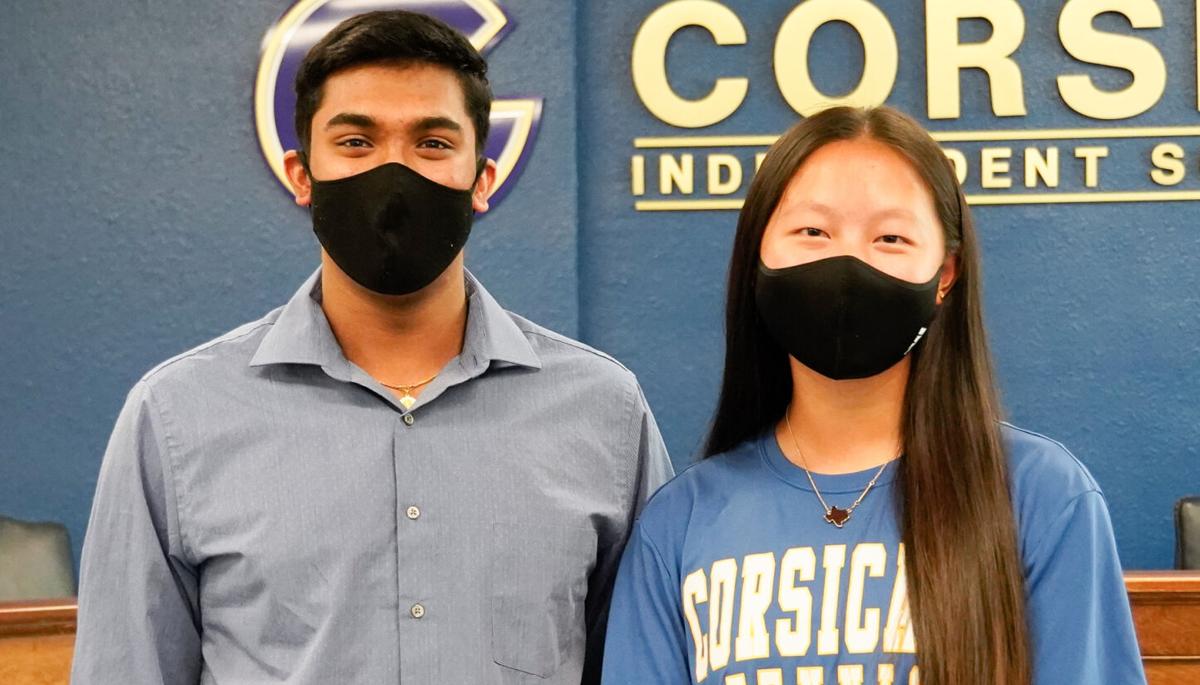 Recognition of CISD Administration, police and nurses by the City Fire Chief Henley for their work and contribution to the Navarro County vaccination clinic.

Recognition of CISD Administration, police and nurses by the City Fire Chief Henley for their work and contribution to the Navarro County vaccination clinic.

Corsicana Fire Chief Paul Henley thanked the Corsicana Independent School District Administrators, police and nurses for their work and contribution to the Navarro County vaccination clinic, during a special meeting of the Board of Trustees May 3.

The Chief also noted the contributions of city and county leaders to the operations as well as CISD and Navarro College, for their help in making the clinic a success.

“The effort which vaccinated over 22,000 folks, was all hands-on deck,” Henley said.

Johnson is the first ever middle school student from Corsicana to garner that distinction.

Frost mentioned that Corsicana High School’s Prom will be held May 8. CHS Awards Day will be May 21, with Graduation for the class of 2021 on June 4, at Community National Bank & Trust Stadium at Tiger Field.

The Oath of Office was administered to Trustees Barbara Kelley and Cathy Branch.

Summer school plans were also discussed for those students who need extra time to reenforce the year’s lessons and goals.

The focus of Summer School is to help close gaps in reading and math disciplines. Credit and attendance recovery is a goal along with closing learning gaps experienced through the year. Parents will receive multiple communications about the status of their student.

“We’re not going to let students slide and not bother with summer school, said Frost. “We definitely see students with significant learning gaps,” Frost said. “We want to make it a point that when we say your student needs to come to summer school it’s because they don’t know what they need to know to be successful next year.”

Board members also began discussions on filling the vacant board seat previously filled by Dr. Kent Rodgers, who passed in January. Board members will considering options about a time-table for having an election at a future meeting in May or early June.

Board members encouraged those considering running for the position to “do it for the right reasons” said Trustee Barbara Kelly. Dr. Frost and all the Trustees suggested attending board meetings, to learn the most about the operations of the district.

The next meeting of the CISD Board of Trustees is scheduled for May 17.