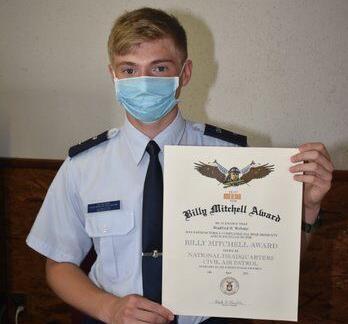 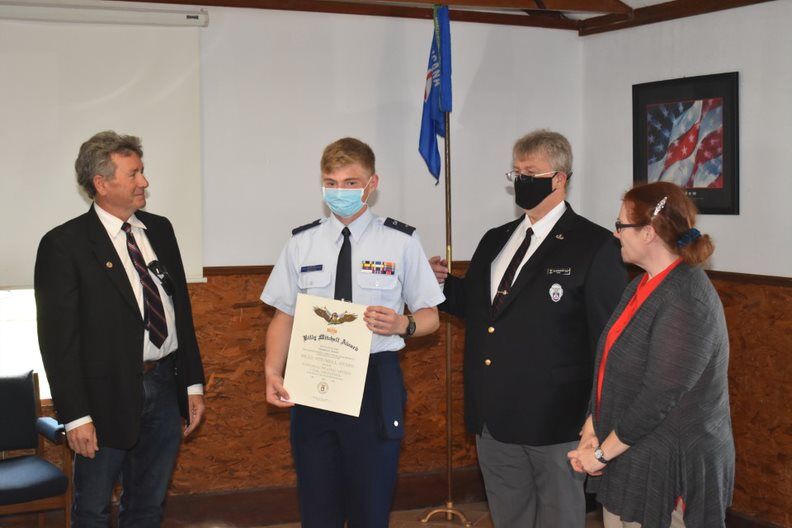 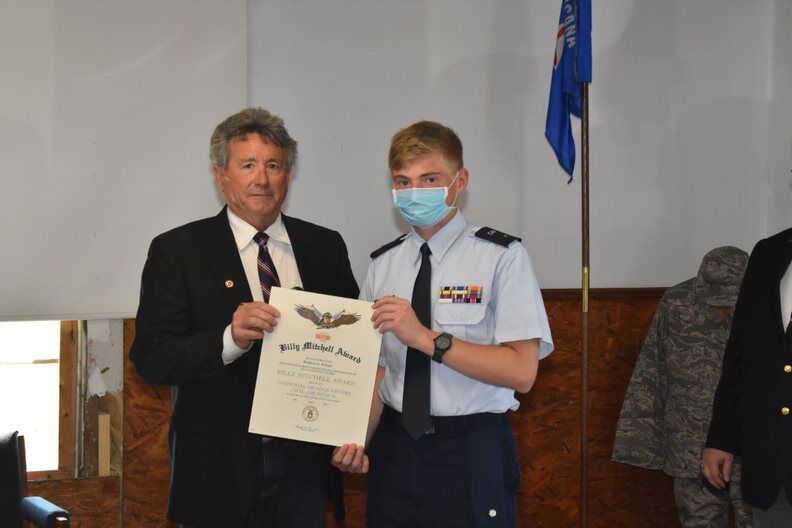 C/2nd Lt. Webster, a Civil Air Patrol member since October 2018, is an eighth-grader at Ennis Junior High School. He is president of the EJHS chapter of National Junior Honor Society, a Star Scout, and also serves as Assistant Patrol Leader for Boy Scout Troop 210. In August, C/2nd Lt. Webster will attend Randolph-Macon Military Academy in Front Royal, Virginia. His goal is to attend the U.S. Air Force Academy and serve as a fighter pilot.

“It's been a long road and I've learned a lot through the NCO phase of Civil Air Patrol,” Webster said. “I plan to use what I've learned about being a leader and I also want to help other cadets achieve what I have.”

"For me this is a big step toward getting into the Air Force Academy," he said. "Besides academics and leadership experience, it takes dedication, determination and perseverance. That's what the Academy really looks for."

C/2nd Lt. Webster previously served as squadron First Sergeant and is a recent graduate of the CAP Southwest Region Cadet Leadership School. He also serves as the squadron representative on the Group III Cadet Advisory Council.

The Gen. Billy Mitchell Award has existed since 1964. This award honors the late Brigadier General Billy Mitchell, an aviation pioneer, advocate, and staunch supporter of an independent Air Force for America. The award is earned after completing the first eight achievements of the cadet program. In addition, the cadet must pass an arduous 100 question examination testing leadership theory and aerospace topics. Only 15% of CAP cadets reach this level of the program.

Being such an important milestone in the CAP cadet program, the Mitchell Award is normally presented by a CAP Group Commander or higher, the Wing Director of Cadet Programs, or a local, state or federal government official. Once the cadet earns the Mitchell Award, they are promoted to the grade of Cadet 2nd Lieutenant.

The Civil Air Patrol, the official civilian auxiliary of the Air Force, was established 80 years ago with a three-pronged mission — to conduct search-and-rescue and disaster-relief operations, provide aerospace education to youth and the general public, and operate a cadet program for teens 12 to 18 years old.

Cadets who complete the program progress through four stages — learning, leadership, command and executive phases - and move on to the next stage by passing leadership, aerospace education and fitness tests. The Earhart, Eaker and Spaatz awards await the cadets who successfully complete the final phases.

The Corsicana Composite Squadron, under the command of CAP Capt. James Westley, meets at the Corsicana Municipal Airport, C. David Campbell Field. The Squadron is actively seeking new cadet and senior members who have an interest in the CAP's focus of Cadet Development, Aerospace Education, Emergency Services and Community Service.

Civil Air Patrol, the official auxiliary of the U.S. Air Force, is a nonprofit organization with 54,000 members nationwide. CAP performs 90 percent of continental U.S. inland search and rescue missions as tasked by the Air Force Rescue Coordination Center and was credited by the AFRCC with saving 130 lives in fiscal year 2020, with 65 saves to date for 2021. Its volunteers also perform homeland security, disaster relief and counterdrug missions at the request of federal, state and local agencies. The members play a leading role in aerospace education and serve as mentors to more than 21,000 young people currently participating in CAP cadet programs. For more information, visit www.gocivilairpatrol.com.

Billy C. Allred, 87, of Corsicana passed from this life early Monday morning October 25, 2021 at his home. He was born in Mexia, Texas to R.V. and Pauline Canaday Allred on March 18, 1934. He graduated from Ennis High School and Navarro Junior College. He also served in the United States Arm…