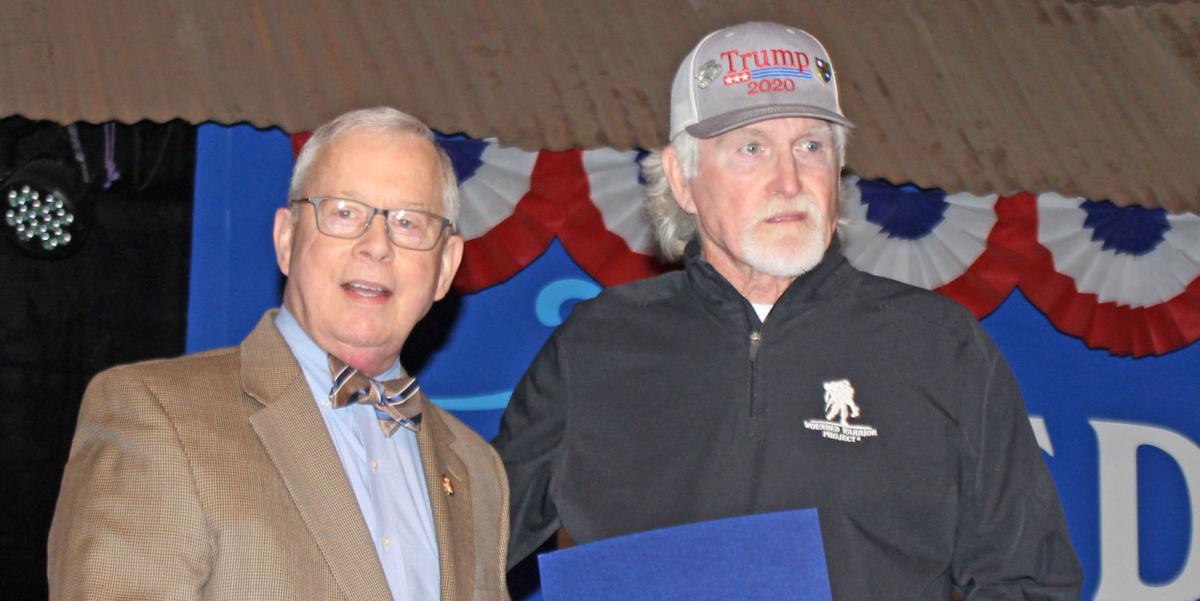 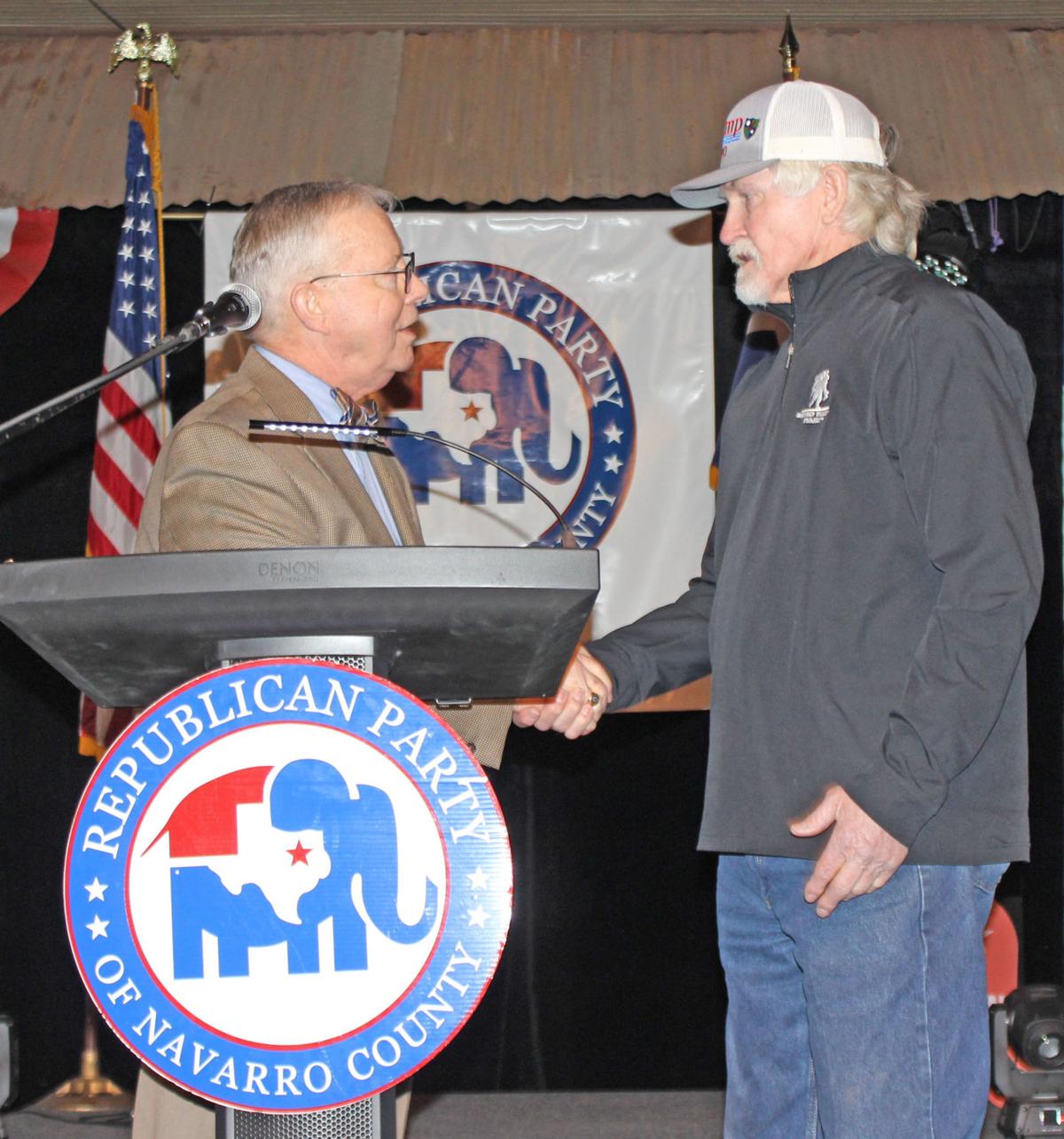 Congressman Ron Wright (R-TX) honored Larry Hodge of Corsicana with the Congressional Veterans Commendation Tuesday night at the Republican Party of Navarro County Political Candidate Forum at the Corsicana Opry. The commendation is presented to a U.S. military veteran who continues to serve their community and country as a community volunteer, civic leader or elected official after the completion of their military service. Although the commendation has been in existence for several years, Hodge is the first veteran in Navarro County to receive it The commendation is non-partisan, but the first one was presented to Hodge at a Navarro County GOP candidate forum, Wright explained, because a large crowd, including Hodge, was expected to attend. The forum was held at the former Opry House, now the Silver Saddle Saloon, in downtown Corsicana. “Because this is the first Congressional Veterans Commendation to be awarded in Navarro County”, Wright told the crowd, “we wanted it to go to a special person, and we found him!” Wright then asked Hodge to join him on stage for the presentation. Long involved in veteran issues and highly respected for his civic involvement, Hodge took the stage to a standing ovation. A combat veteran, Hodge served 10 years in special forces as a U.S. Army Ranger, then retired from the Army and joined the U.S. Marine Corp. During the Vietnam War, Army Rangers were an elite force that performed dangerous missions behind enemy lines that included disruption of enemy communications and transportation, as well as rescue and reconnaissance. “It was an honor to serve in the Army Rangers and the Marine Corps,” Hodge said after accepting the award. “I loved the Marine Corp, but my heart was with the Army Rangers where I served in combat. This commendation is an honor that I will cherish forever. But I want everyone to know that we need to support our veterans every day and thank them, not just when they come home or on special occasions, but every day. I accept this on behalf of all the veterans I served with.” Wright promised that there would be more veteran commendations presented to Navarro County veterans in the future. He also said there would be a nomination form on his congressional website where citizens can go online and nominate a qualified veteran for the commendation.