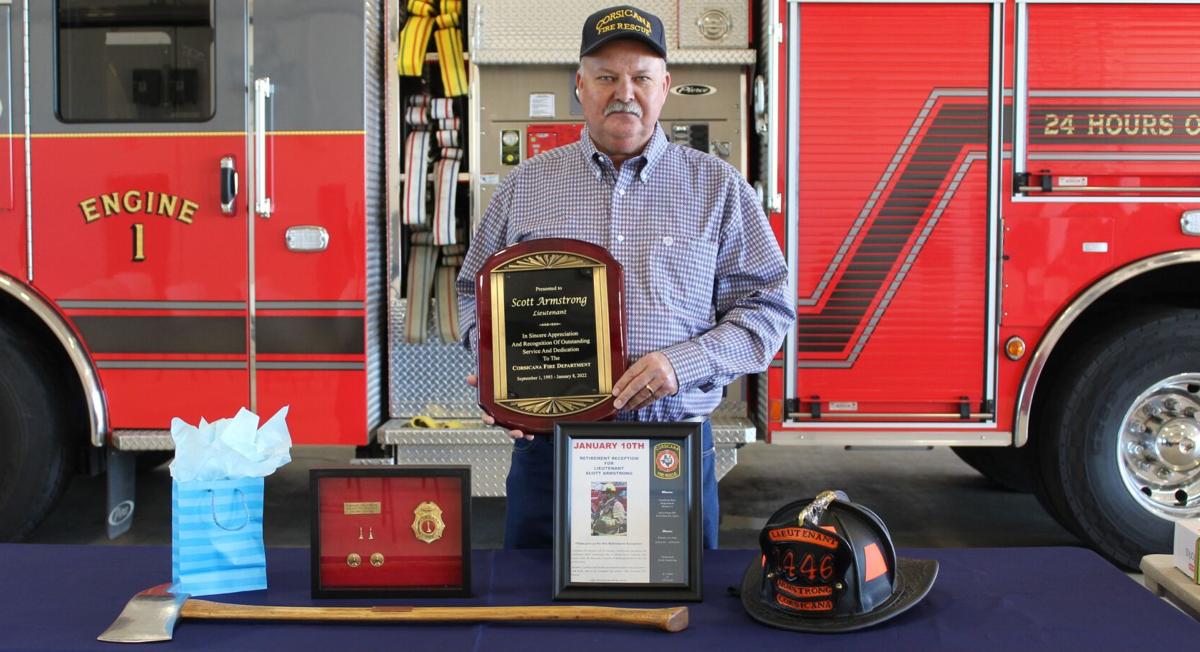 The Corsicana Fire Department honored Scott Armstrong Monday with a retirement reception in his honor at the new Central Fire Station. 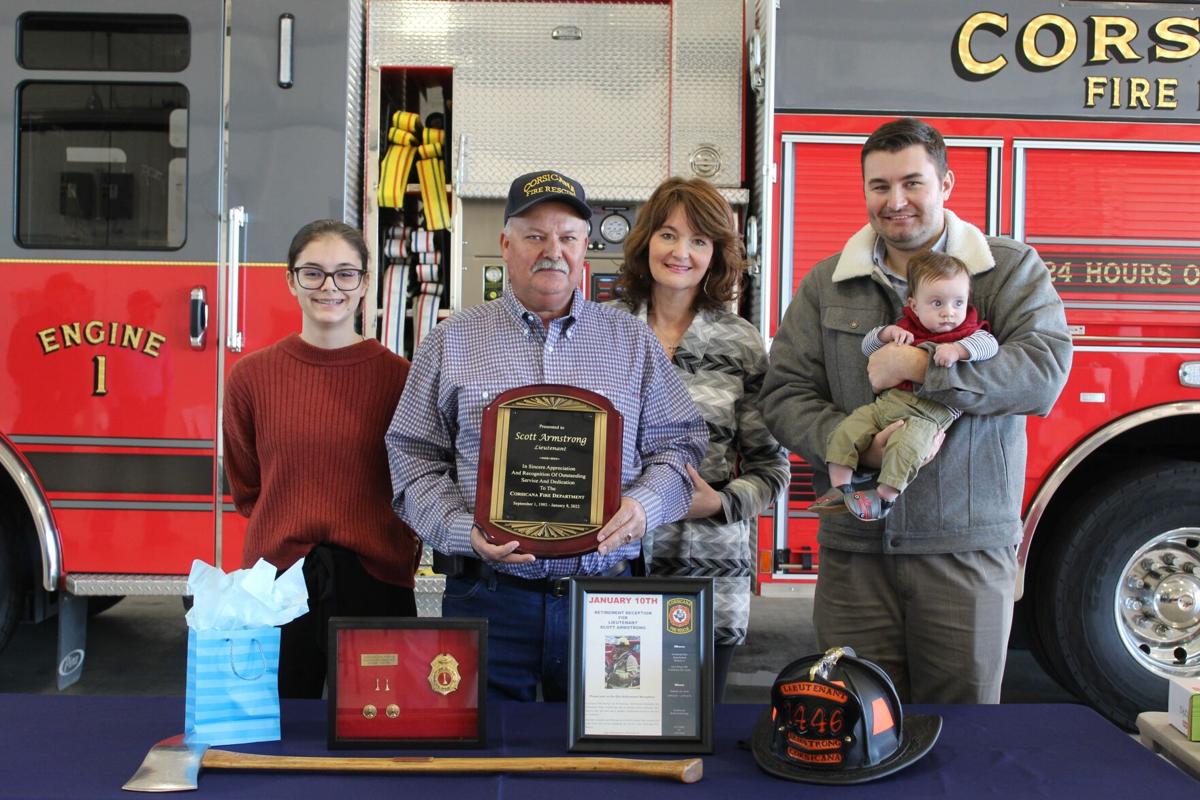 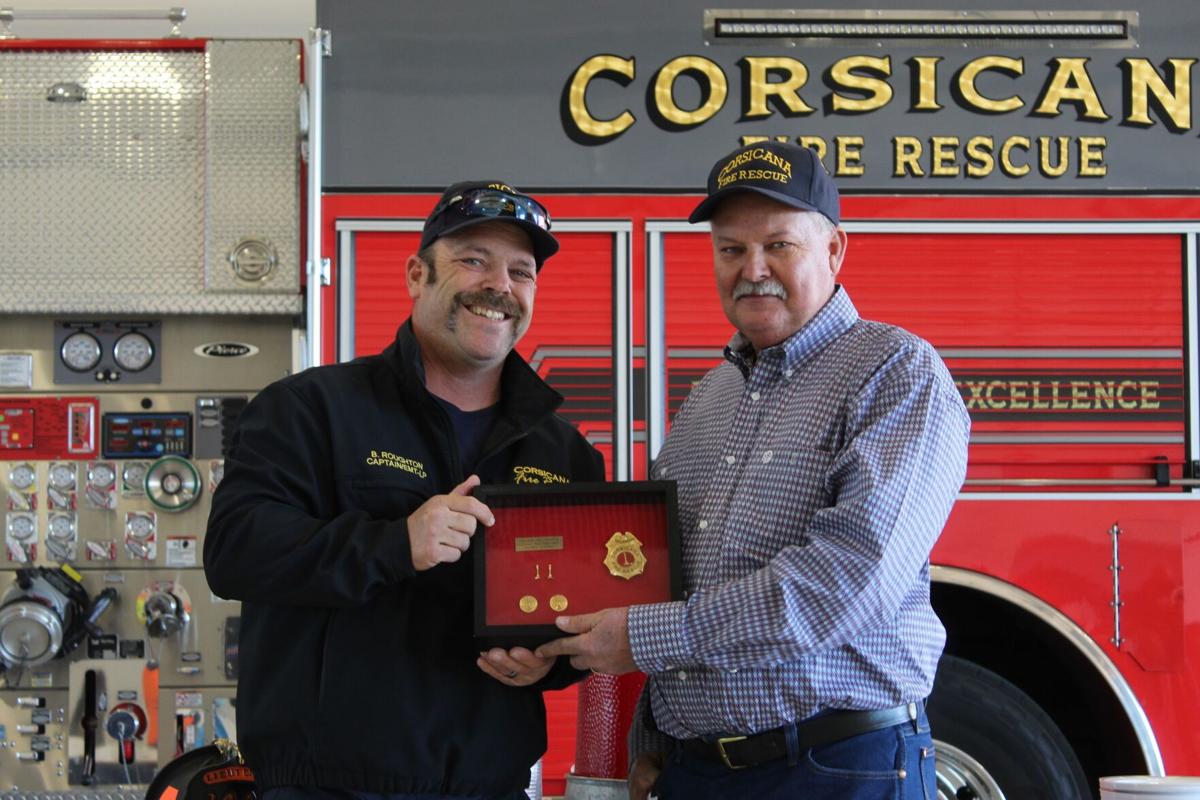 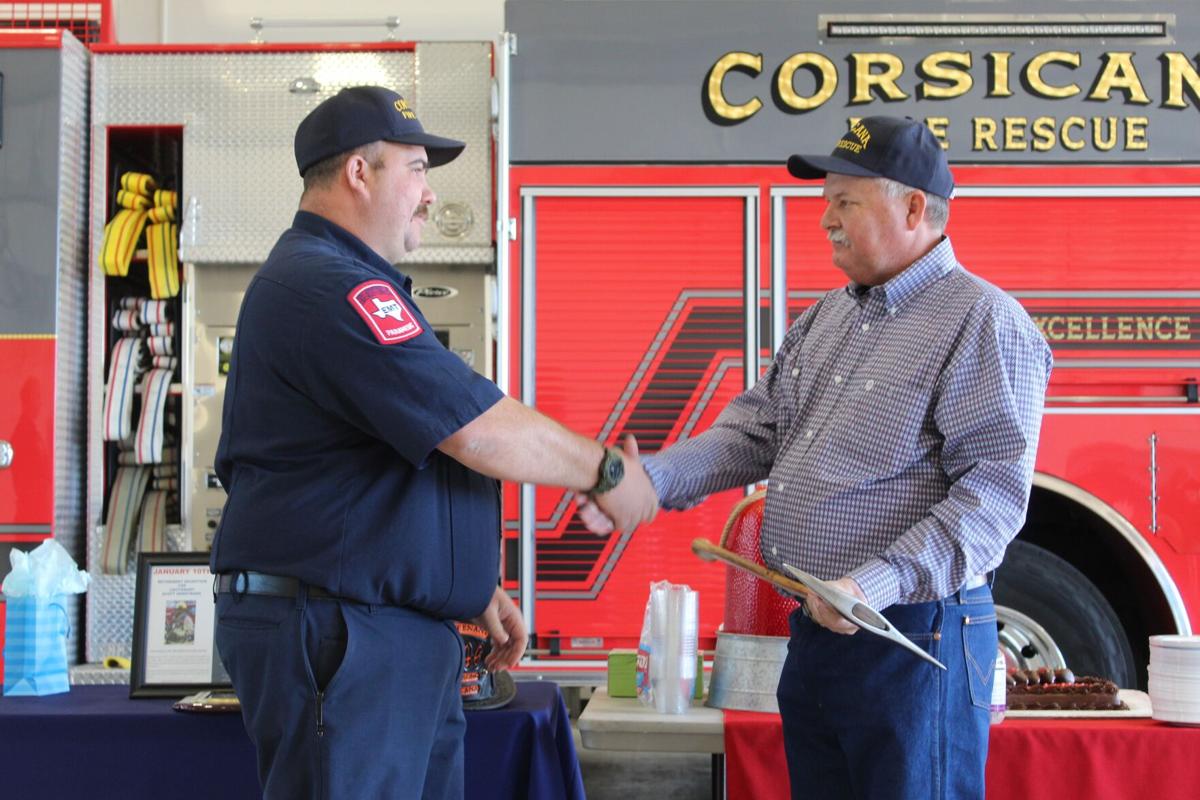 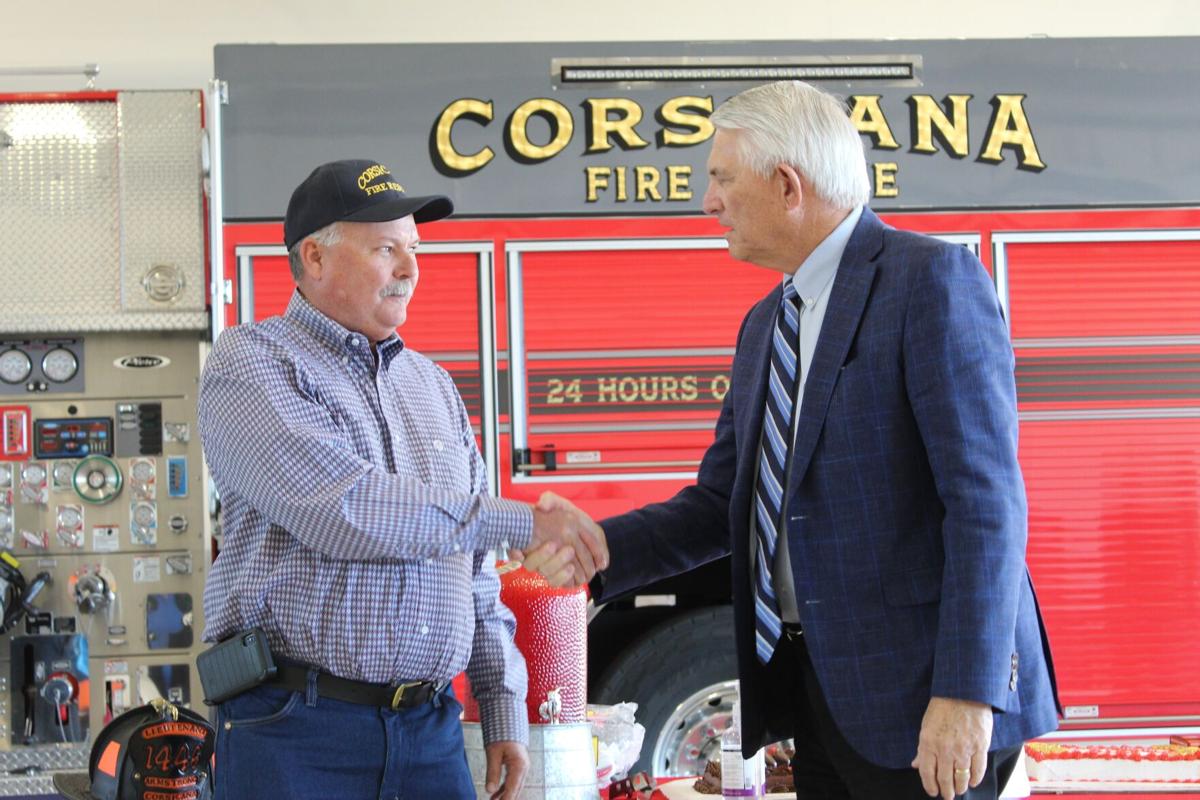 The Corsicana Fire Department honored Scott Armstrong Monday with a retirement reception in his honor at the new Central Fire Station.

Firefighters hold a special place in the hearts of their colleagues. Along with courage and bravery, an essential part of the job is being able to trust each other in life-threatening situations. It was evident Monday, during a send off by his firefighting family, Lt. Scott Armstrong had won the respect of those who worked closely with him.

The Corsicana Fire Department honored Armstrong with a retirement reception in his honor at the new Central Fire Station. A small crowd of firefighters, police and city leaders shared stories over cake and punch reflecting on his 28 year career.

Ellington and Roughton both credited Armstrong with showing them the ropes as rookies.

Roughton choked up as he declared Armstrong was the best fireman he ever worked with and said he would be impossible to replace.

Ellington’s heartfelt recollection was a testament to the difference one man can make in the lives of others.

“Being a second-generation firefighter, my dad’s buddies became my mentors. For me, Scott was at the top of that list,” he said.

Ellington said, through good-natured teasing, Armstrong encouraged him to be the best he could be and helped him through both professional and personal struggles over the years.

“I was with Scott the night I truly felt the weight of command,” he said. “As Captain, I made the call to send him and Braz (Davis) into a house that was nearly engulfed in flames when we found out there was a victim trapped. Once inside they knew they would have to split up, which is the most dangerous thing you can do in a fire. The entire roof collapsed and I thought they were both dead, until they walked out with the victim. For this, they earned Medals of Valor.”

In the department's history, Armstrong is believed to be only one of two Corsicana firefighters to have earned a Medal of Valor, alongside Davis who retired in 2019.

“In the fire service, we have terms we bestow on people and Scott is very seasoned and even salty, but he is a stand up guy,” Davis said. “In a group of men, a stand up guy is someone you can count on no matter what. Scott is smart, he knows his job, he knows your job. He has grace under pressure and he doesn't say a lot but when he does it means 10 times more than someone who talks all the time.”

It was joked that, in Armstrong’s 28 years, he probably put in 40 years worth of work and could fix almost anything, sometimes saving the city a ton of money.

“Scott is one of those individuals we strive to find everyday to come to the City of Corsicana and he has served us well for many years and will be missed,” she said.

“Lt. Armstrong deserves his retirement. He has had a worthwhile career serving the Corsicana Fire Department and we are excited for what the future holds for him,” he said. “There are things that can’t be learned from a book and he instills his experience in these younger guys, they may benefit from some of the things he has seen before it happens to them.”

Armstrong grew up and went to school in Blooming Grove and now lives in Corsicana. He said much has changed since he began his career including new technology and more resources but the fundamentals have stayed the same.

“When I started we had seven people working a shift, now we have over twice as many,” he said. “I started to feel old when one of the rookies we hired graduated with my son.”

Armstrong is married to LouAnn and they have a son who teaches school at the junior high level and a 13-year-old daughter, a student at Blooming Grove.

Armstrong said he is looking forward to retirement but has no plans to sit idle and let the world pass him by.

“I will work side jobs and run some cattle but mostly it means being home with the family every night,” he said. “After 28 years of being gone every third day, now I will get spend more time with my wife, kids and grand kids, they are what it’s all about. It’s been a good career and I was fortunate enough to do it for so long.”

28 years and four months of service

Firefighter of the quarter: First quarter of 1997 and third quarter of 2003