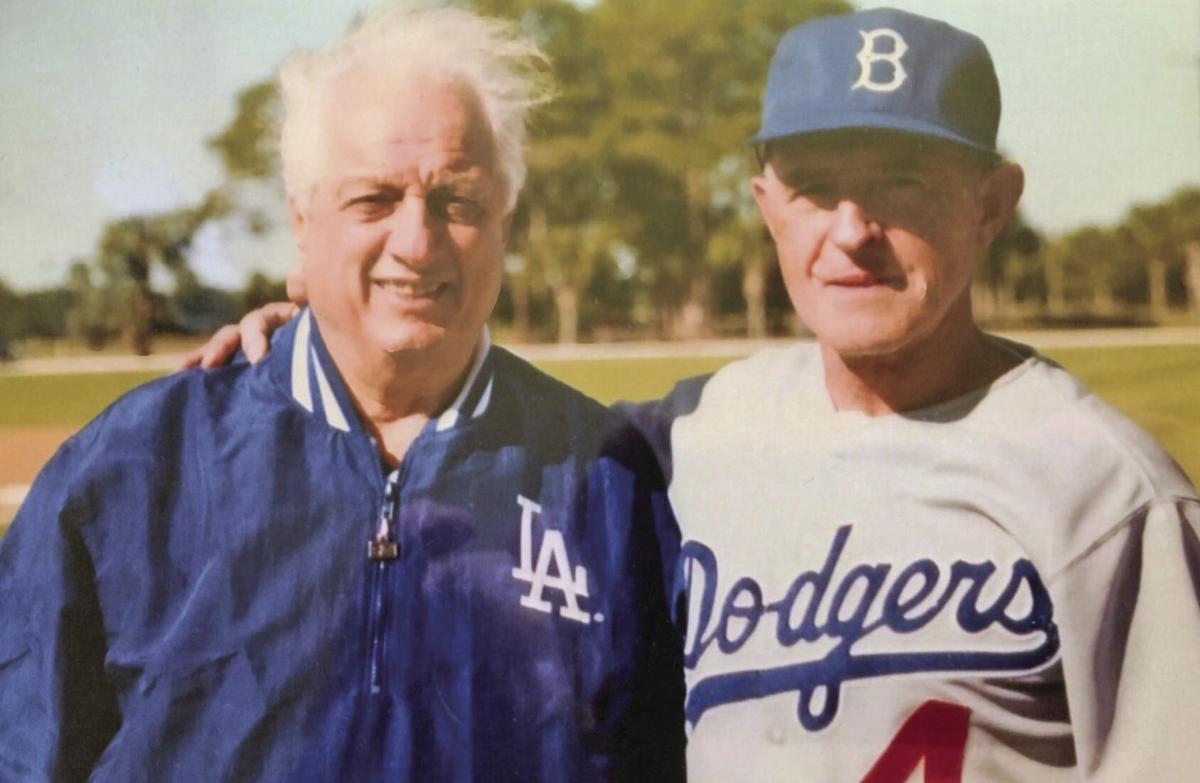 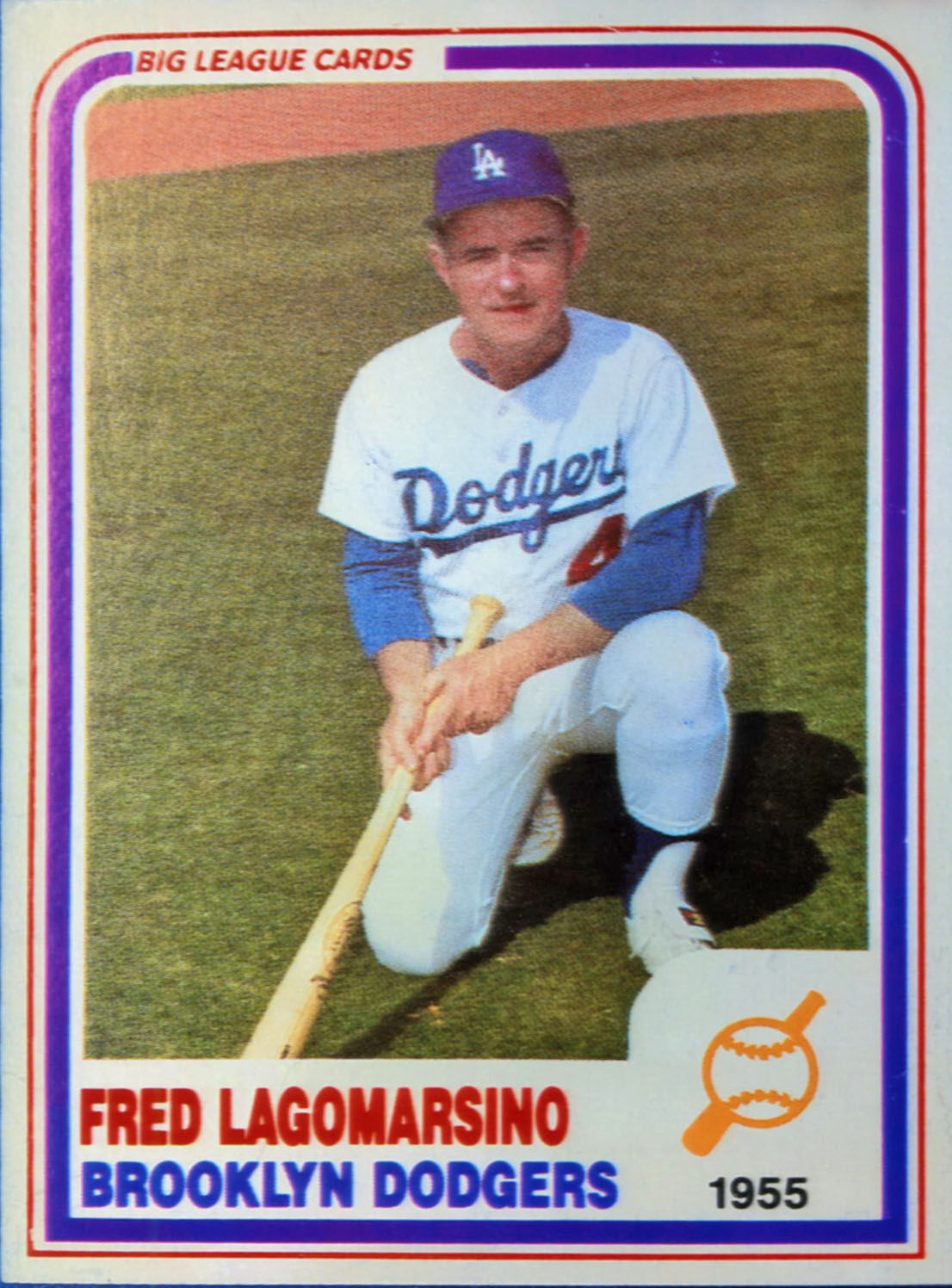 “I have photos with other major leaguers,” he said. “But this one was special.”

Lagomarsino said he went to Dodger fantasy camp in 1988 in Vero Beach, Florida and one of the participants was Tommy Lasorda.

“I batted against him in game of amateurs versus major leaguers and he was the pitcher,” he said. “I spoke with him at length after that.”

Despite Lasorda's reputation of having a fiery, if not combative personality, Lagomarsino said he recalls the MLB legend as outspoken and friendly.

“Some of the other major leaguers were aloof,” he said. “Frank Robinson was just stuck up, although, Catfish Hunter was nice.”

Lagomarsino said he played stickball growing up but had no formal training before the camp.

“That week they gave us instructions on batting and stealing bases,” he said. “The last day we played against 12 major leaguers and Lasorda was the opposing pitcher.”

Lagomarsino said he got a good solid hit but the first baseman caught the ball over his head.

“I did OK in the camp,” he said. “Lou Brock gave me a Most Valuable Player Award. When it was over they put my picture on a fake baseball card.”

The uncle of District Judge James and brother of the late Dr. Bill Lagomarsino, Fred said he was originally from Maine but married a Texas girl.

“After we retired in 2000 we moved here,” he said. “My wife had the Children's Shop and my son teaches at James L. Collins Catholic School.”

Lasorda, the Hall of Fame manager who was true blue to the Dodgers for more than seven decades died after having a heart attack at his home in Fullerton, California.

Lasorda, 93, had been the oldest living baseball Hall of Famer — that distinction now belongs to Willie Mays, who turns 90 in May.

Lasorda spent 71 years in the Dodgers organization, starting as a player when the team was still based in Brooklyn. He later coached and then became its best-known manager for 21 years in Los Angeles, leading the franchise to two World Series championships. After stepping down in 1996, he became an ambassador for the sport he loved.

The Associated Press contributed to this report.