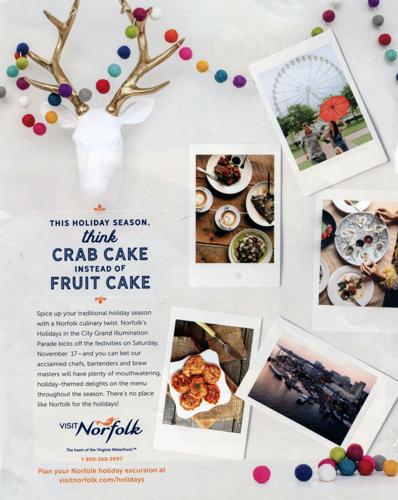 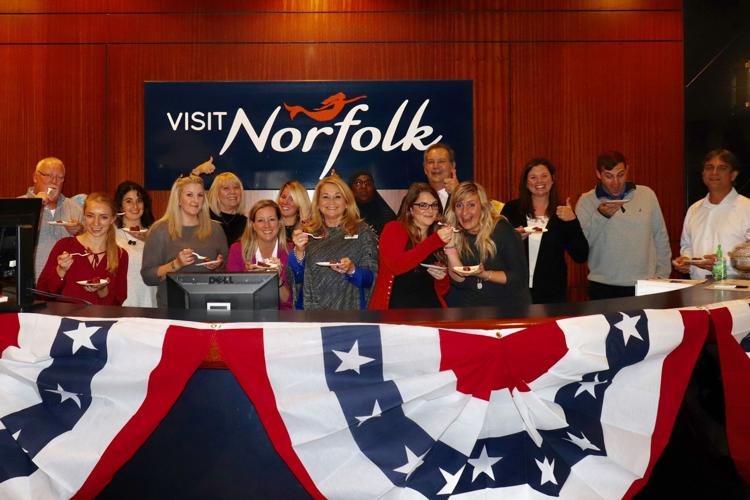 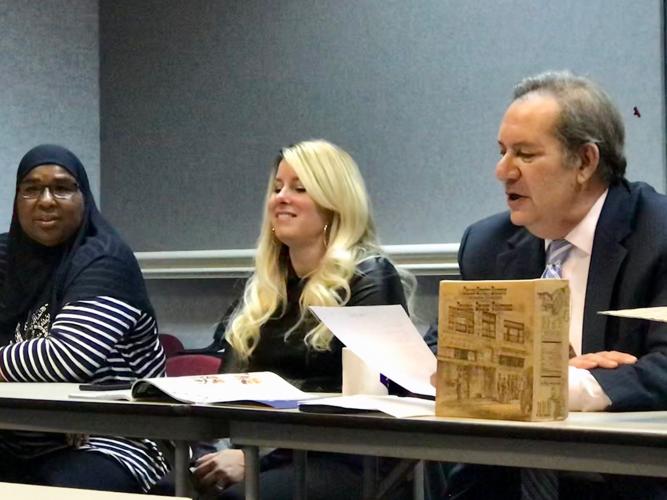 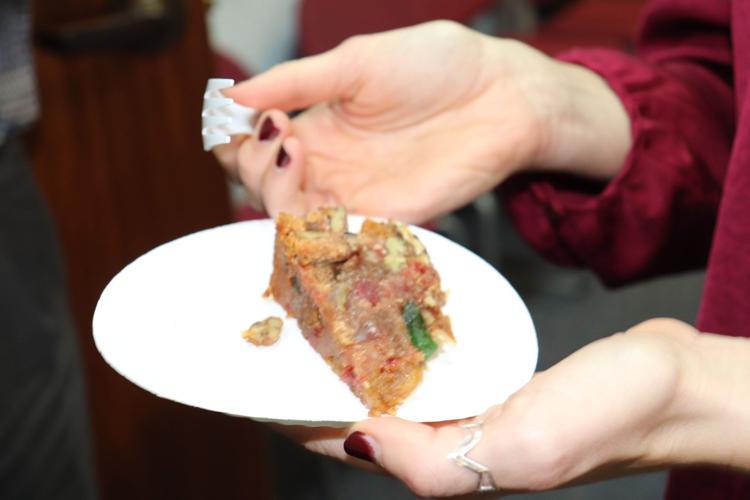 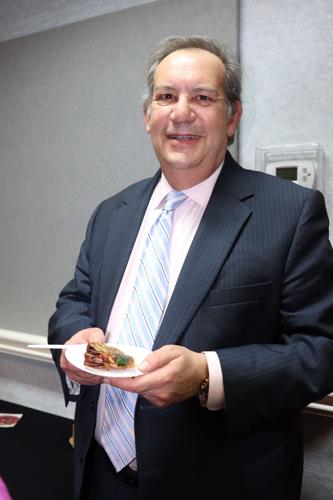 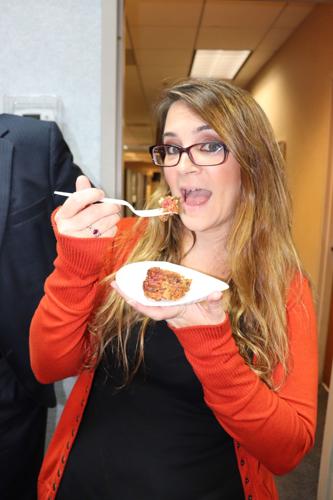 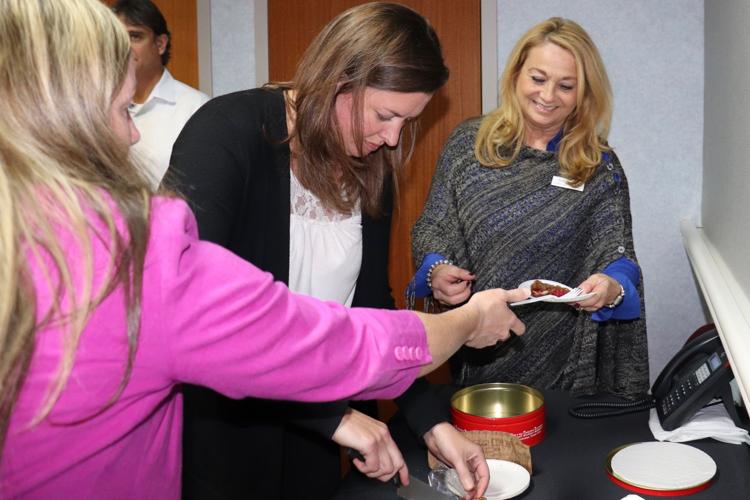 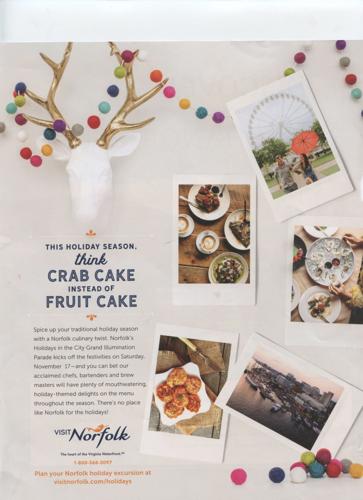 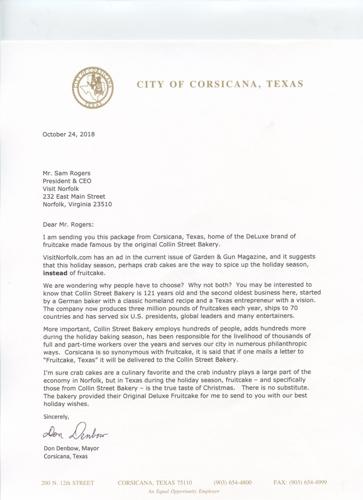 The package contained a two-pound Collin Street Bakery Original DeLuxe Fruitcake along with the following letter from Mayor Denbow:

“We are wondering why people have to choose? Why not both? You may be interested to know that Collin Street Bakery is 122 years old and the second oldest business here started by a German baker with a classic homeland recipe and a Texas entrepreneur with a vision. The company now produces a million pounds of fruitcakes each year, ships to all 50 states and 196 countries and has served six United States presidents, European royalty, movie stars and captains of industry.

More important, Collin Street Bakery employs hundreds of people, adds hundreds more during the holiday baking season, has been responsible for the livelihood of thousands of full and part-time workers over the years and serves our city in numerous philanthropic ways. Corsicana is so synonymous with fruitcake, it is said that if one mails a letter to “Fruitcake, Texas” it will be delivered to the Collin Street Bakery.

I’m sure crab cakes are a culinary favorite and the crab industry plays a large part of the economy in Norfolk but in Texas during the holiday season fruitcake – and specifically those from Collin Street Bakery – is the true taste of Christmas. There is no substitute. The bakery provided their Original DeLuxe Fruitcake for me to send to you with our best holiday wishes.”

Sam Rogers, Interim President and CEO of Visit Norfolk, responded to the package Wednesday by email.

“I was intrigued by a package from the Mayor of Corsicana and surprised by its contents. Very clever” Rogers said. “Crab cakes she-crab soup and oysters are among the many delicacies served at our great restaurants. But I will confess that I love fruitcake! I wasn't in my current position when the team worked out the program with Garden & Gun magazine so let's say the next time the ad runs we'll say ‘you can have your (crab) cake and eat your dessert too.’”

Rogers said he served the fruitcake at his staff meeting on Thursday and his team thanks Mayor Denbow for the treat.

“We will never forget Collin Street Bakery and His Honor” Rogers said.

Oscar Royce Bancroft passed away May 17, 2022 at the age of 92. Royce was born December 23, 1929. His parents Oscar Levi and Gladys L. (Buffington) Bancroft were from Quitman, Mississippi. Royce had brother and sister twin siblings Arthur "Sonny" Bancroft, Martha "Prestidge" McCarter of Cors…

Clara Lou (Melton) Machal was called home by to be with the Lord on Thursday, May 26, 2022. She was born in Chappell, Nebraska, on November 16, 1949, to Cecil and Ruth Melton. She along with her four siblings, grew up in Corsicana Texas, where she attended Corsicana High School. While attend…

Marjorie F. Milkes (Wolens), 95, formerly of Corsicana Passed away May 22, 2022 at Legacy at Willow Bend Assisted Living in Plano. In order to honor Marjorie's life, her family had planned a graveside service Wednesday, May 25, 2022 at 3 o'clock in the afternoon at the Hebrew Cemetery. To sh…