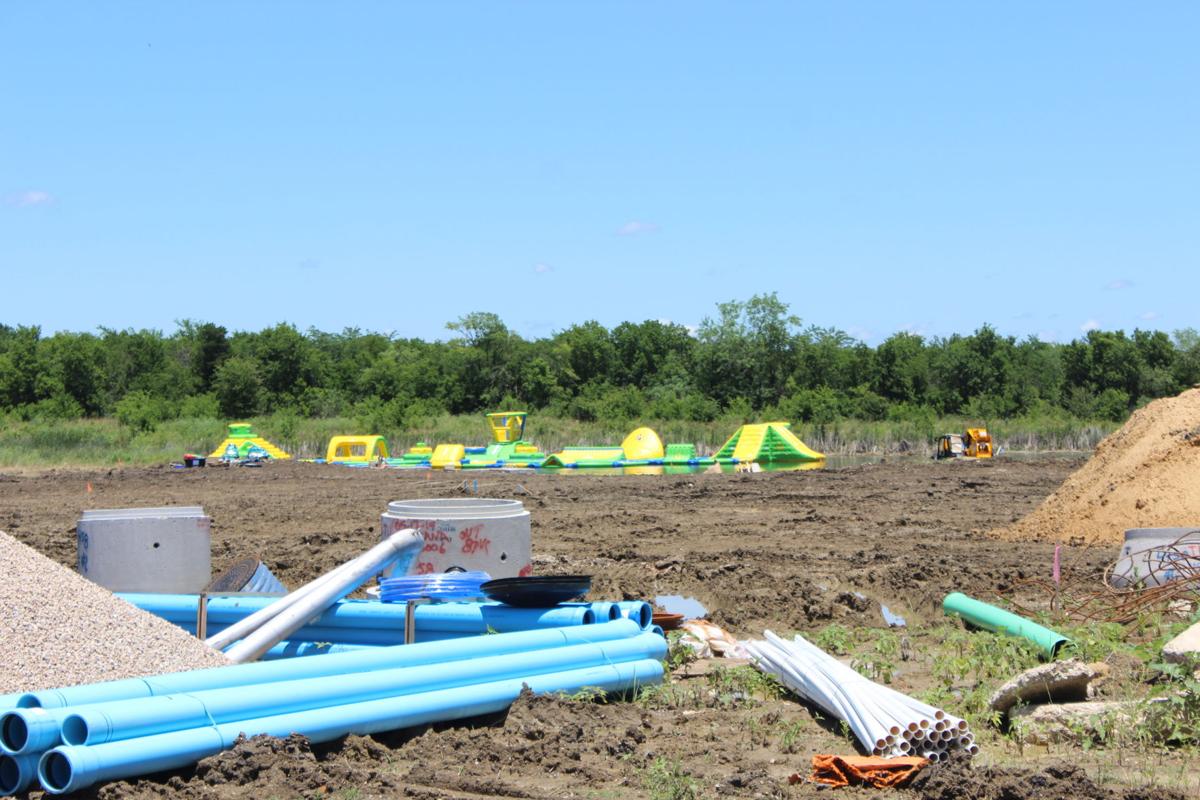 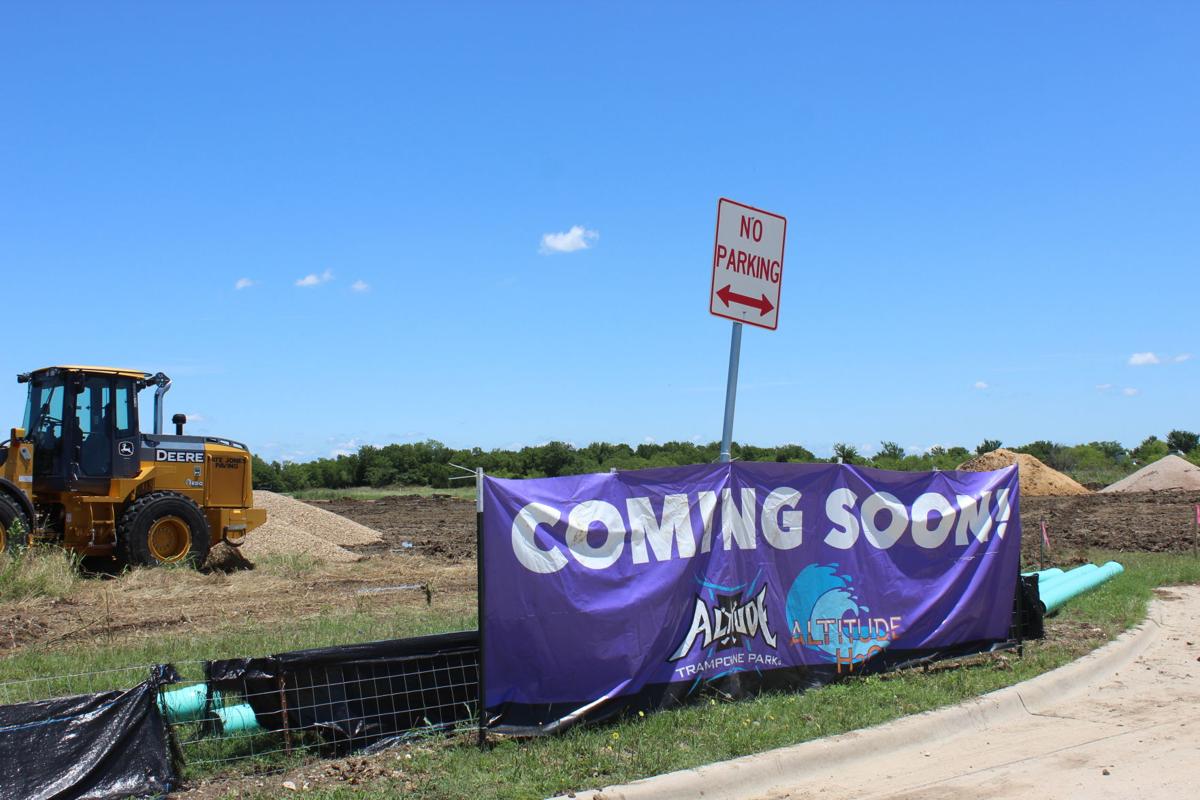 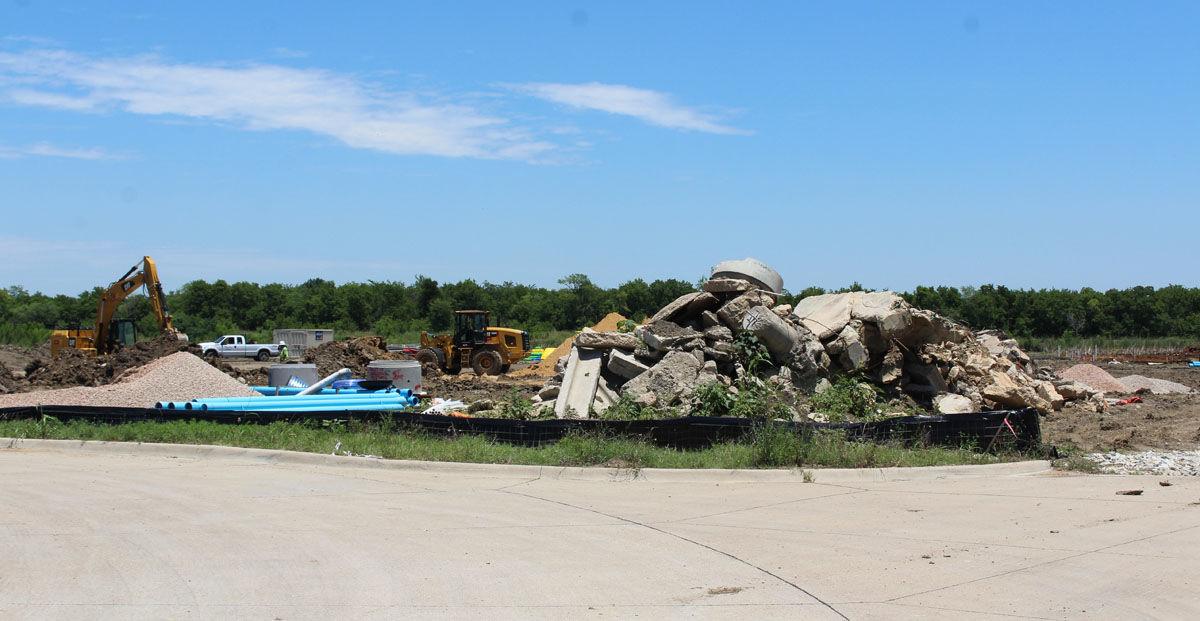 The Corsicana City Council took on what may be the hottest issue of the summer – Splashicana.

During its regular meeting Monday, June 10, the Council questioned representatives of Corsicana Water and Adventure Park, LP regarding the construction – or lack thereof, of the long awaited water park on Highway 287.

In September 2014, the city obtained a $750,000 grant from the Texas Department of Agriculture allowing for the establishment of infrastructure for the proposed park, which broke ground in July 2013 announcing that construction would begin within 30 days.

The grant stipulated that 51 permanent jobs be created by September 2016 or the grant would have to be repaid to the state.

Since these contracts began, CWAP has requested that the city obtain a total of five extensions, four of which have been granted.

The last extension was granted in September 2018 until May 2019.

At Monday's meeting, CWAP once again requested that the Council approve a resolution for a five-month extension, the minimum allowed by TDA.

“At the last meeting we actually conducted the close out hearing for this particular contract,” said City Manager Connie Standridge. “The request before you tonight is to consider a five-month extension in order to allow time for verification of job creation.”

According to Standridge, there are two requirements in the contract between the city and TDA: to create capital infusion into the community; and to create a specific number of jobs, in this case, 51.

CWAP has successfully documented the capital for the project with TDA.

Now, in order for the city to close the grant contract, CWAP must also verify the creation of those jobs.

CWAP reports that the jobs were created as of May 17 and has requested five additional months to verify those positions with TDA.

With the grant contract between the city and TDA, the Council must request that extension. This is the city's only involvement in the project since rescinding its five percent limited partnership with CWAP in July 2018.

Richard Lewins of Lewins Law firm in Dallas, one of five representatives of CWAP in attendance, said that the employees' first payroll was submitted June 3 and the park is set to open this weekend, weather permitting.

According to Lewins, the extension is needed to accommodate the stipulation that the jobs created must be permanent, not seasonal, hence the inclusion of an indoor trampoline park.

Lewins told the Council that when the water park season ends, employees will transition to the trampoline park, which is scheduled to be completed by September.

“If we were to grant this extension and, as of the end of September, the 51 jobs aren't there, what is CWAP going to do?” asked Councilwoman Susan Hale.

Lewins said that CWAP is committed to maintaining a 51 full-time position payroll for as long as necessary to satisfy TDA.

Councilman Jeff Smith asked Standridge to explain how the TDA grant money was spent in relation to the project.

Standridge told the Council that Water Park Way was constructed, and the infrastructure established three years ago, using the grant money. The original grant included a sewer extension which was not necessary, putting final expenditures at $650,000.

All contractors have been paid and the city has been reimbursed by TDA. Since the city can only request reimbursement for expenses paid, the remaining $100,000 remains with TDA.

“What this group is asking us to do for the fifth time – an unprecedented time – is to say that we are betting that the water park is going to have the jobs available, and I'm kind of tired of having to answer for it,” said Hale. “I wish the water park the best of luck. I want them to succeed, but in order for me to vote for it I have to have some basis other than 'Well, we tell you that we can do it.' Well I've been told four times before. I want proof now.”

Hale requested that CWAP provide the city with its projected payroll from June 3 through the end of the extension period, proposed capital improvements, and proof of financial ability to make payroll and complete construction of the trampoline park in the form of a letter of credit or proof of funds from a lender.

CWAP representatives told the Council that the project is backed by a $750,000 bond, secured by park developer Michael Jenkins in 2014, to ensure the repayment of the cost of establishing the infrastructure, allowing the city to begin their work.

Smith clarified that the bond mentioned is for the park's infrastructure, to ensure repayment of that cost, not for the complete concept of the park.

“We want to show proof that this thing is going to be up and going,” Smith said.

Hank Clements of Dallas, a registered lobbyist and CWAP consultant, joined the project within the last 30 days.

Clements said that “some sort of a log jam” had occurred at TDA – adding that weather had also delayed certain deadlines, but assured the Council that Commissioner Sid Miller and Deputy Commissioner Dan Hunter very much want to see the project succeed.

John McClung, a CWAP general partner and former city councilman, gave the Council additional information regarding the proposed addition of a trampoline park.

McClung, who has been involved in the project since its inception, said that the initial plan to build the water and adventure park included a split of about 100 days a year of water park operation and 235 days of other activities, such as the proposed indoor trampoline park.

In the meantime, a floating obstacle course, Altitude H2O, has been installed on the property's 3 acre lake, with plans to open this weekend.

When Altitude H2O is closed for the summer, McClung says the trampoline park will open and plans to develop the rest of the water park will continue.

“The end result is going to be a 20 acre facility,” said McClung, who emphasized that the city has no monetary interest in this project, which he described as a win-win situation for everyone.

Smith questioned the conditions of the lake, asking what was being done to make it safe and sanitary.

McClung said that about $120,000 has gone into cleaning the lake and creating a sand beach.

Water quality was tested last year and returned favorable results and BioChem Lab of West, Texas has been contacted to perform routine testing moving forward. McClung described the water as very clear with about six feet of visibility.

Pat Wollenburg, who conducted the employee interviews for CWAP, told the Council that the new employees, which she said numbered 52, were excited to begin and continue their training.

“They're ready to go and ready to do whatever they can to make this happen,” said Wollenburg.

Maurice Simon of Sterling Consulting and Management has been involved in the project since 2013.

“We've had highs and lows and disappointments,” said Simon. “This is all about belief. Seeing the investors and citizens, primarily those of the city of Corsicana, who have invested life savings and money and belief in this project. This is commitment.”

Simon said that, to date, CWAP has closed several loans for the total project cost, estimated at $7 million, an amount which he says will most likely increase to $18 to $20 million with planned improvements and expansion. Financing for a third portion of the water park has already been started according to Simon.

Hale made a motion to postpone consideration of the extension, subject to the conditions outlined. Councilman Chris Woolsey provided the second, followed by a unanimous vote from the Council.