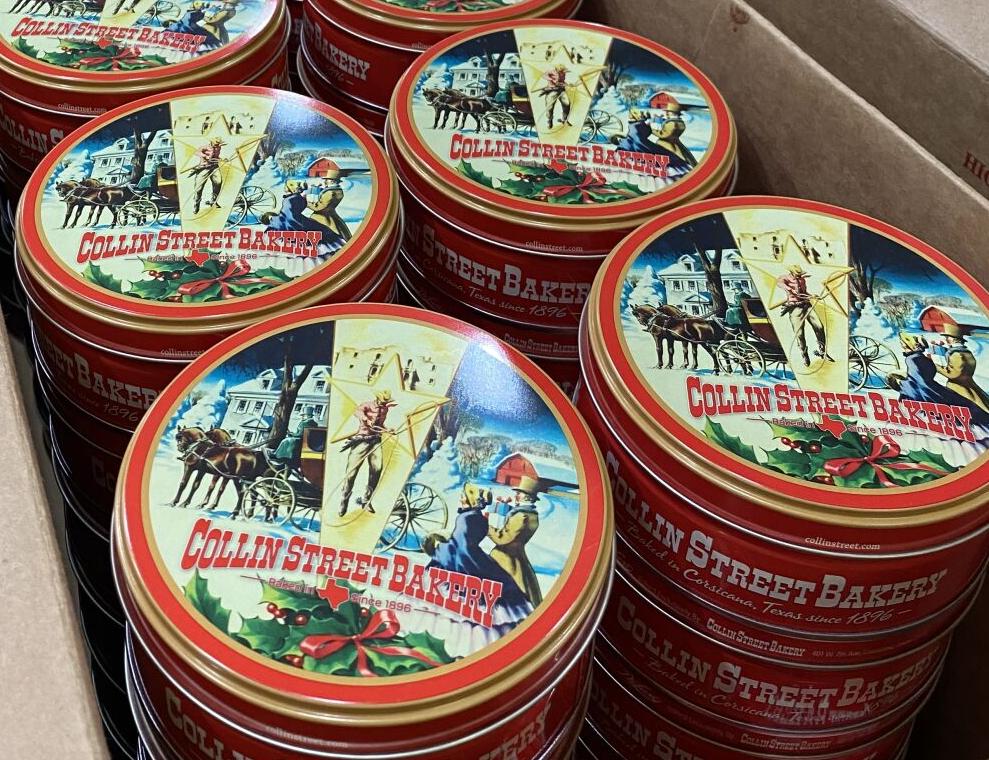 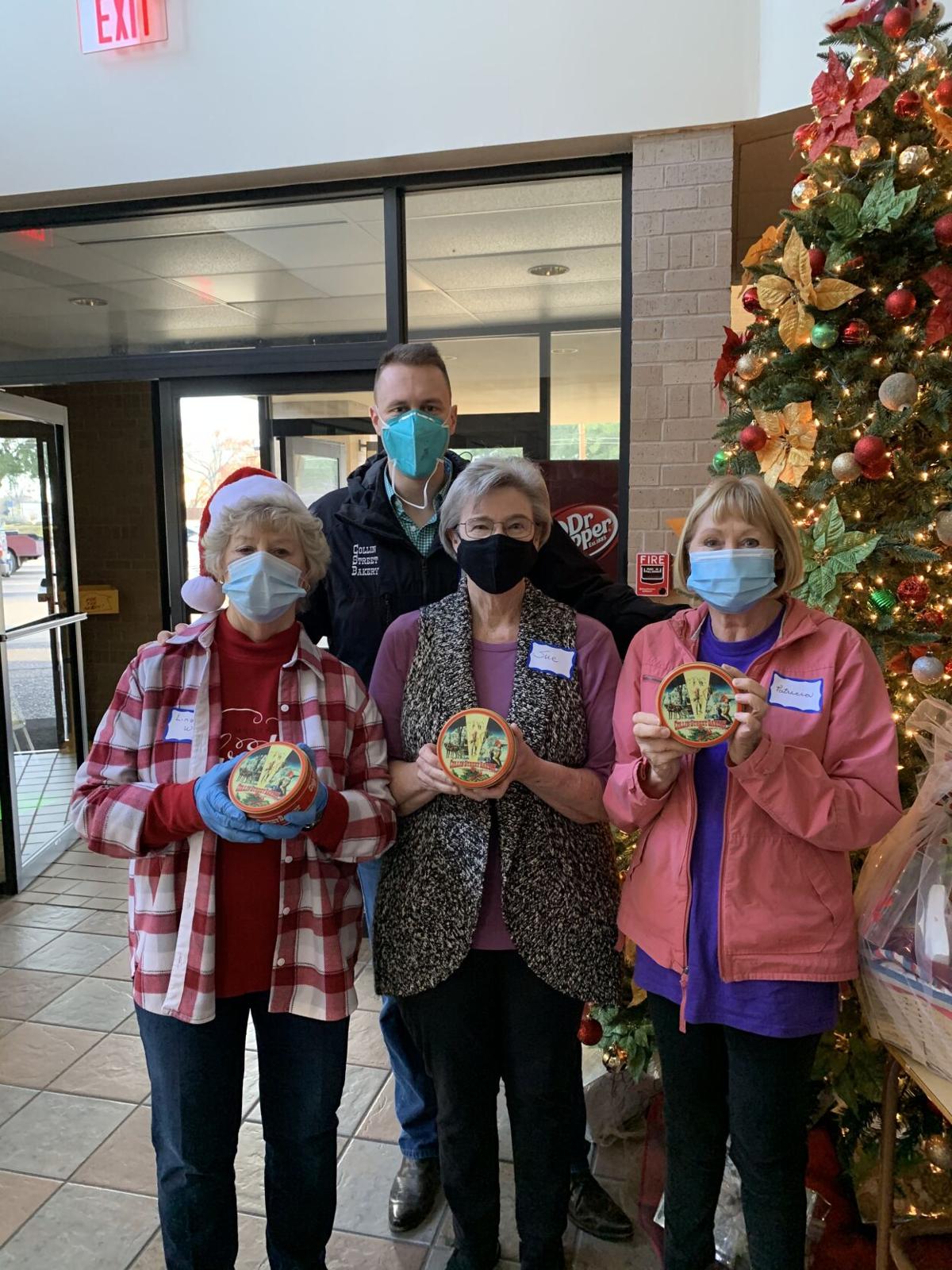 Corsicana’s famous Collin Street Bakery Deluxe fruitcake has been a Christmas tradition for generations. It’s been featured on Netflix, the Food Network, the Travel Channel, History Channel, The Wall Street Journal, People Magazine, The Washington Post, and even made a cameo in the 1972 film ‘The Godfather.’

The family-owned and operated bakery has been making world-famous baked goods in Corsicana since 1896 and has reached international acclaim by shipping them all over the world.

Most recently, however, a New York Times columnist shared his personal story of the Corsicana confection and it was reprinted in Reader’s Digest.

Collin Street Bakery partner Hayden Crawford saw the article and reached out to the author.

“I happened to spot it and because he mentions his dad’s fruitcake was ‘made in Texas, and famous among fruitcake lovers.’ Had to be ours!” he said. “I tracked him down and thanked him by handwritten note. He responded to my surprise, and confirmed it was indeed the Collin Street Bakery’s Deluxe! So I sent him one for the holidays as a gift from all of us.”

The column is titled: “My Dad sent me a fruitcake every year for Christmas. The last one didn’t arrive until a year after he passed.”

“A few years ago, my father arranged to send me a mail-order fruitcake at Christmastime. Although I had a good job and owned an apartment in Manhattan, he feared my cupboards and refrigerator might be bare. I had recently moved from California, where my parents still lived in their suburban bungalow of 50 years, the house I grew up in.

He wanted me to have a particular brand of fruitcake. Made in Texas, it was famous among fruitcake lovers—or, at least, among people who gave fruitcakes to those who were assumed to love them.

“It reminds me of my mother’s,” he told me in a phone call. “Hers was really moist, with lots of raisins.”

I later figured out that my grandmother’s version, which I never had the chance to taste, was probably a Depression cake, made without milk, sugar, butter, or eggs, scarce commodities when he was a child.

Born in 1932, Dad grew up during the Great Depression in the Upper Peninsula of Michigan. On most Christmases, he received two gifts: a pair of homemade socks and a small sack of oranges.

Ordering the fruitcake was his way of trying to take care of me from afar, in an era that, in his mind, might at any moment turn economically perilous. Regardless of my middle-aged status, I was still his son.

“It should arrive the first week of December,” he said. “As soon as you get it, let me know what you think.”

The first week of December passed with no sign of his fruitcake. Delayed by holiday mail, I assumed, or a backlog of orders.

Fruitcake is a polarizing concept, a triggering word. People love it or hate it and like to debate whether it’s cake at all. In some ways, my father’s character resembled a fruitcake: whimsy and a little nuttiness mixed with a sweet foundation.

A fruitcake, in his mind, was a perfect Christmas gift. The culinary jumble of jeweled fruits suggested an extravagance that belied its practicality: Fruitcake can fill your belly and has a long shelf life. In 2017, a fruitcake thought to have been brought on Robert Scott’s Antarctica expedition more than 100 years earlier was discovered to be in “excellent condition.”

The day before my flight to California, the fruitcake still had not arrived. When my father called to wish me a safe trip, he said, “Did you receive it?”

“Not yet,” I said. “It’s probably delayed in the holiday mail.”

“Maybe it’ll be there today.” He fretted deeply about that lost fruitcake.

When I arrived at my parents’ house, he said, “Did you get the fruitcake?”

As soon as the word left my lips, I realized that home, for them, was a kind of triggering word. Because wasn’t this home? Wasn’t I home now, with my parents greeting me, asking whether I was hungry after the long flight?

January, February, and March came and went with no fruitcake. Though my father continued to ask about it, I never once considered lying and telling him yes, the fruitcake had finally arrived and was delicious. Instead I said, “That cake is orbiting earth, and sooner or later it will land.”

His sense of humor never wavered, and as time went on he would bring up the perpetual journey of his fruitcake.

“It’s taken a detour to Pluto.”

He liked that one too.

“Do you want me to order another, in case it never comes?”

“That’s OK, Dad,” I said. “I’ll wait for this one. It’ll taste even better after touring the cosmos.”

Early last December, nearly a year after my father died from a failing heart, I got a call from a staffer at the front desk of my apartment building.

“You have a package,” he said.

I went downstairs to pick it up. The brown box had a FedEx label with a return address in Texas.

Read the full article, originally published in the New York Times, at: https://www.rd.com/article/dads-mystery-package/