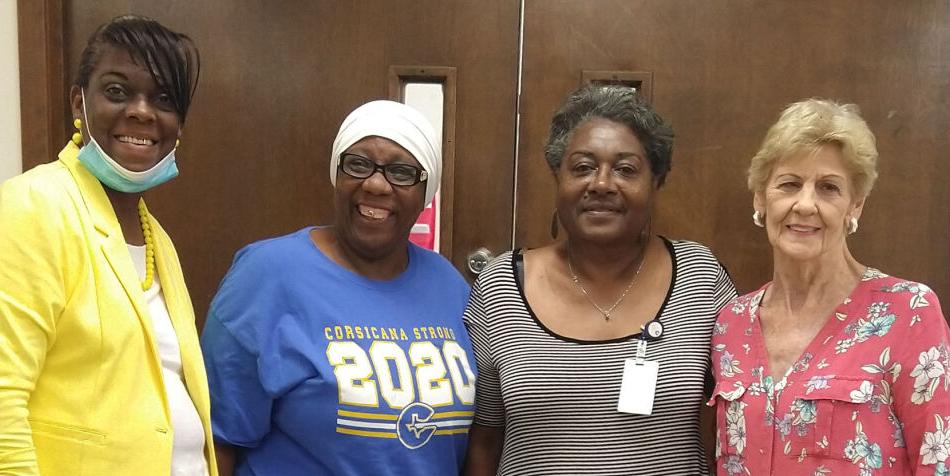 Penny Liggins, Barbara Curry White, Deborah Collins, and Barbara Wilson. Navarro County’s election judges and clerks have many years of experience assisting with elections including Liggins, Curry White, Collins, Wilson and Sharon Bland, who each have 30 years or more. 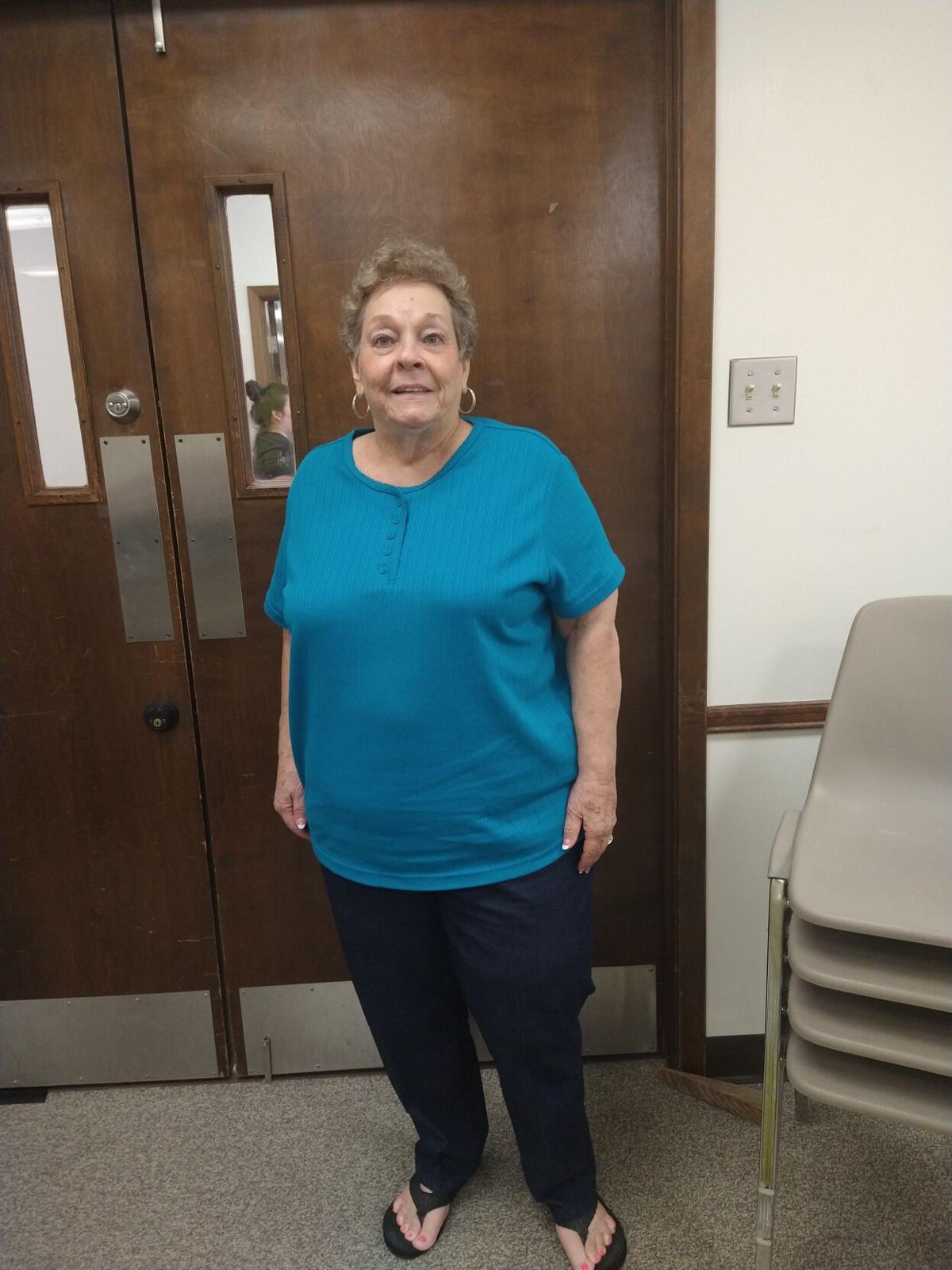 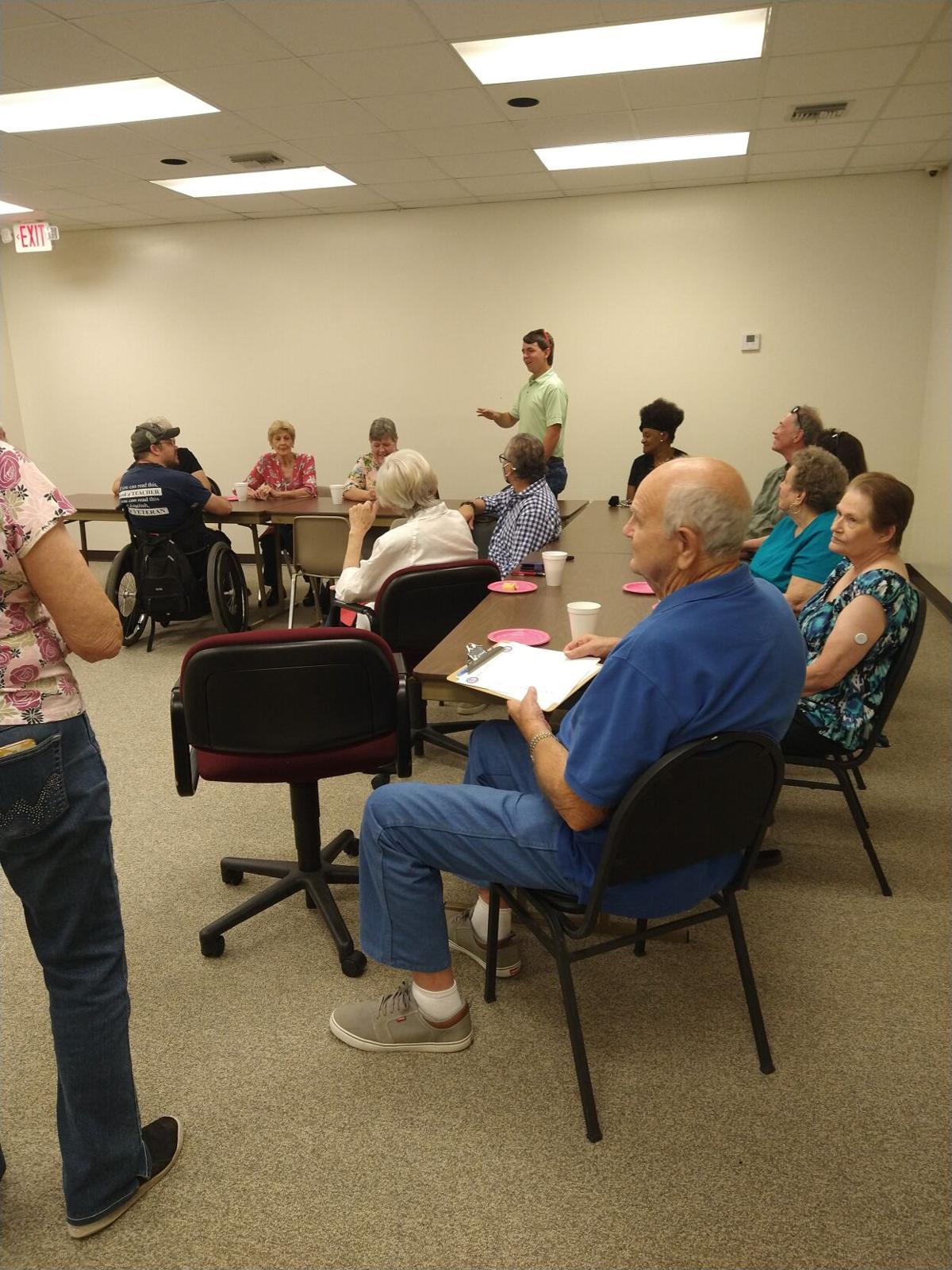 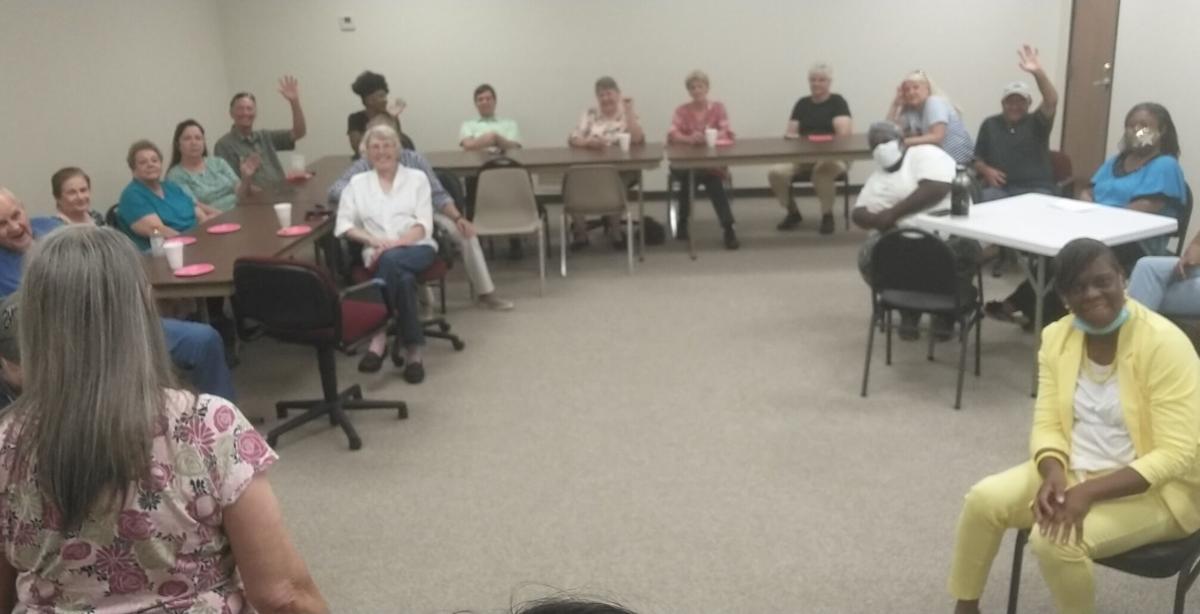 Penny Liggins, Barbara Curry White, Deborah Collins, and Barbara Wilson. Navarro County’s election judges and clerks have many years of experience assisting with elections including Liggins, Curry White, Collins, Wilson and Sharon Bland, who each have 30 years or more.

Across the state and nation legislators have faced calls to enact voter integrity laws. Recently the Daily Sun sat down with Navarro County’s Interim Election Administrator, Allie Thomas, to discuss voter integrity, as well as the upcoming District 6 Special Congressional runoff election, during a get together for the county’s hard working, and sometimes under-appreciated, election workers.

The runoff election between Republican candidates Jake Ellzey and Susan Wright resulted from a May 1 jungle primary, where 23 candidates faced off to fill the seat left vacant following the death of Congressman Ron Wright from COVID-19 in February 2021.

Although this is her first election as the county’s Election Administrator, Thomas said she is “as confident as she can be heading into the election.”

“I am confident because of the staff and poll workers that are working alongside me for the people of Navarro County,” she said.

The poll books, tabulation machines and voting machines have all been tested prior to the election and have gotten the go ahead.

“All the tests and numbers matched,” Thomas said.

The county’s numbers were also spot on in November’s elections.

The county held several trainings for election judges and clerks since November, all were open to both the public and press. Smith is also instituting a program to reach out in the community to young people who are interested in seeing the democratic process first hand.

With work done for that day, Thomas hosted a get together for the county’s election judges.

“This is a time for you all to have fun get to know each other, even better, you all are a team, and we are proud that you lead our team,” Thomas said.

Laughter and conversation could be heard throughout the room.

Navarro County’s election judges and clerks have many years of experience assisting with elections including Penny Liggins, Barbara Curry White, Deborah Collins, Barbara Wilson and Sharon Bland, who each have 30 years or more.

Thomas said she hoped that all of those who showed up to share food drink and conversation enjoyed themselves, and all in attendance said they appreciated the work of Thomas and Smith. They also said they were ready to work later this month.

Navarro County will have 12 voting locations open from 7 a.m. to 7 p.m. on Election Day Tuesday, July 27.

What is your favorite movie?

By Anthony J. D'Angelo, “Wherever you go, no matter what the weather, always bring your own sunshine.”

Best thing about being an Aunt?

The best part of being an Aunt is being able to watch my nieces laugh and have fun and grow, but also know that when they are sad or upset that I'm a safe person for them to tell me how they're feeling. They trust and love me and that's the absolute best feeling.

Definitely Napoli's! Calzone is my go-to.

What is one thing about you that most people who see you working as EA wouldn't expect?

I'm studying herbalism. I want to be a registered herbalist one day. I just find it fascinating.

How long have u been married?