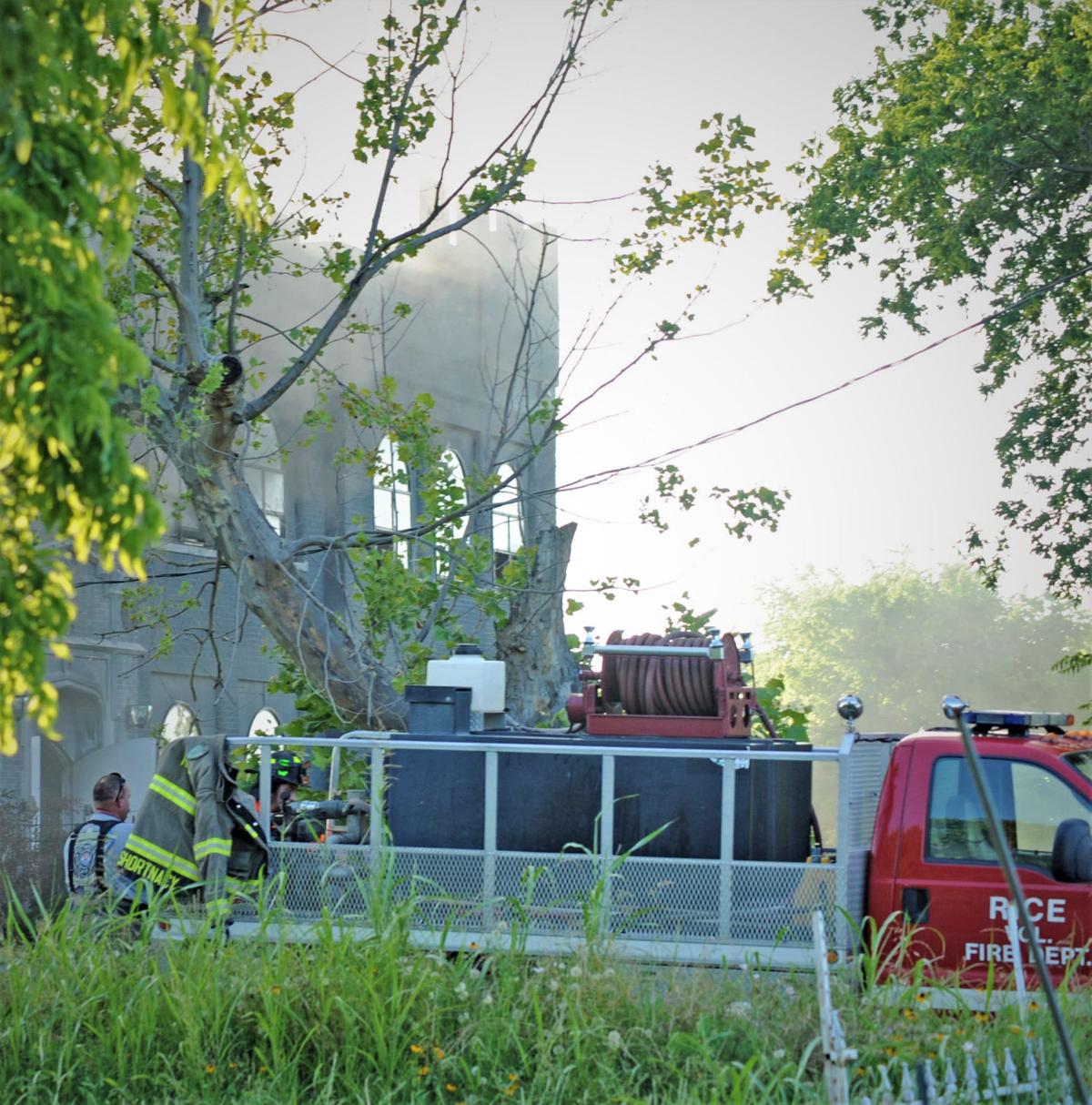 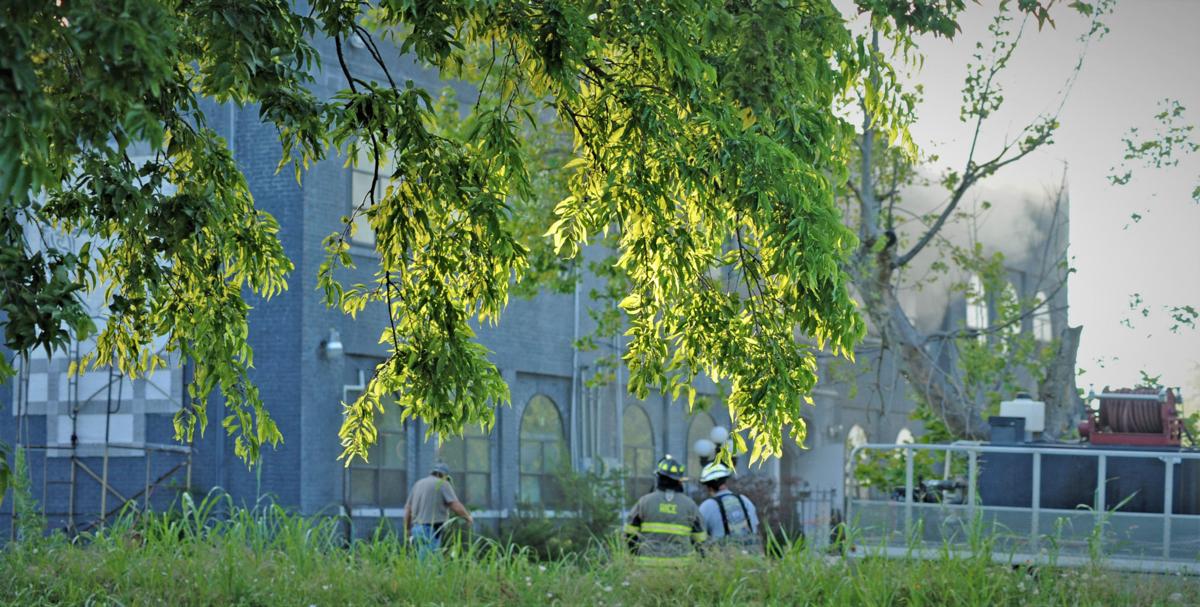 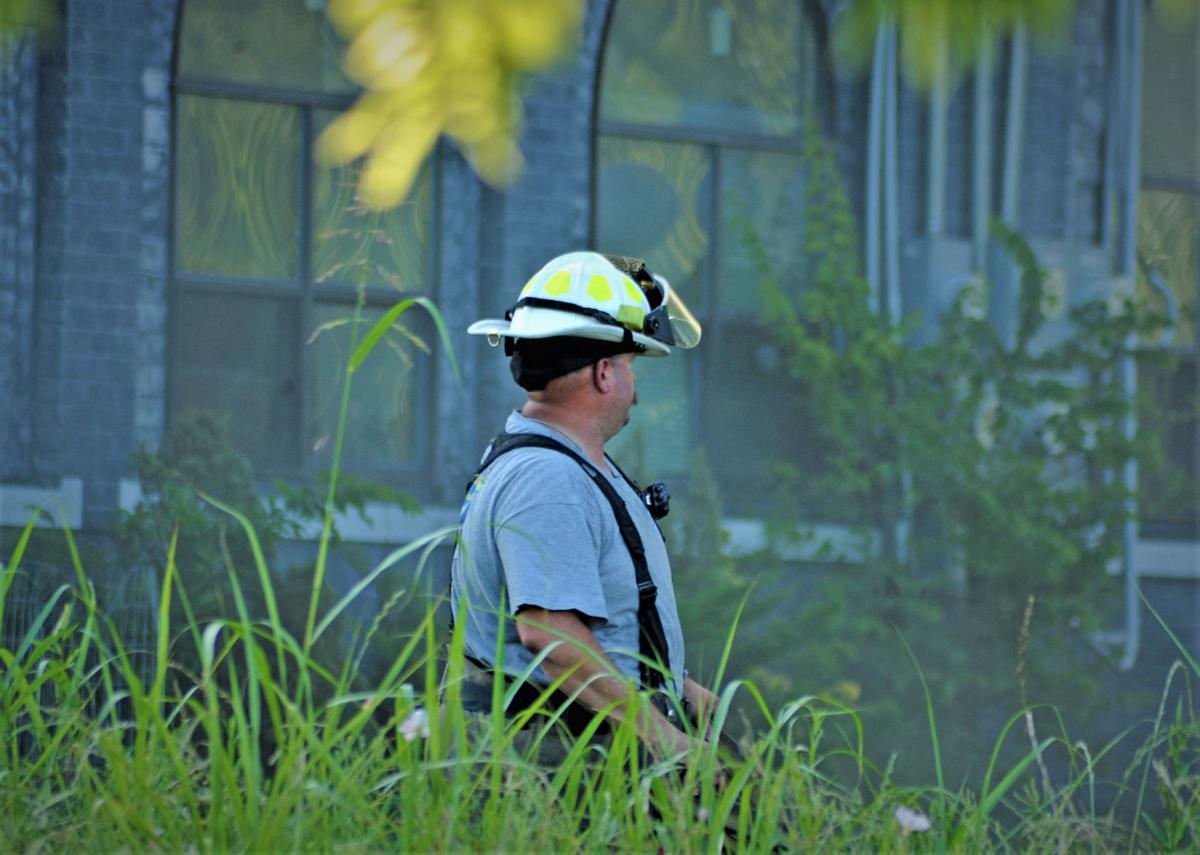 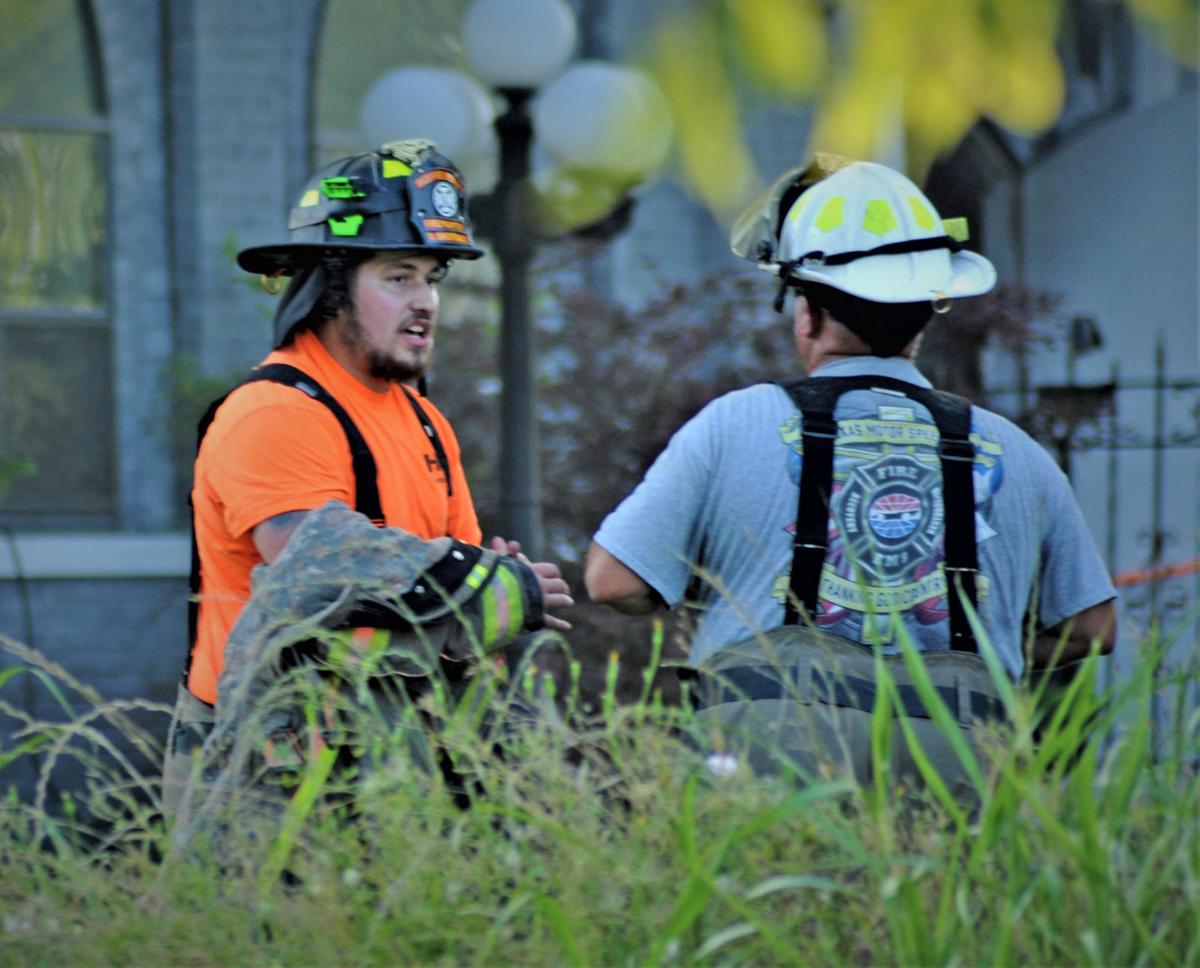 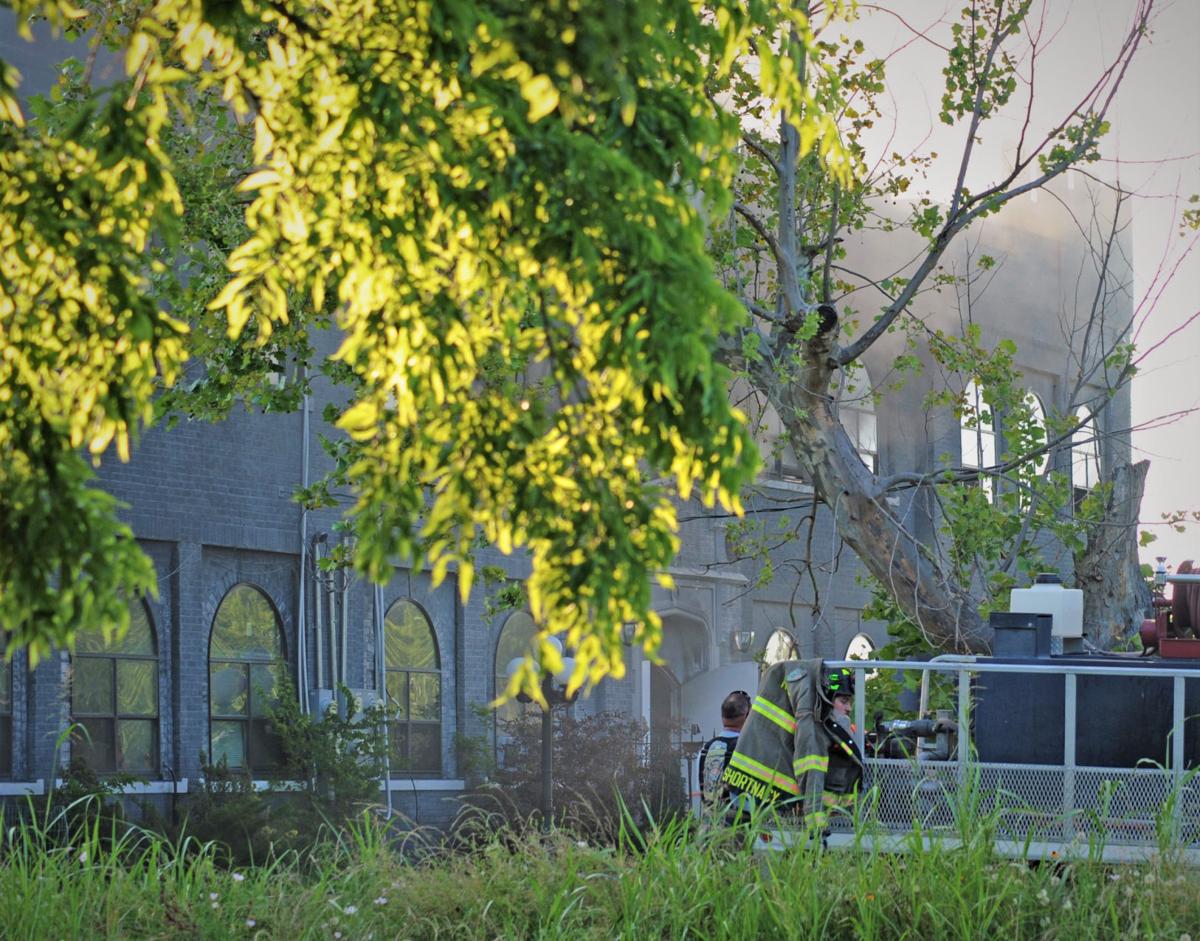 The former Emhouse school building erupted in flames Tuesday, leaving only a shell of walls on the site with a storied and, at times, odd history.

According to the Navarro County Sheriff's Office incident reports, the building was burning from the inside and smoke was pouring out of all the windows as a deputy arrived.

Fire departments were already on the scene and confirmed the building was unoccupied.

Shortly after the deputy arrived, the second floor collapsed. Reports say the fire appeared to have started in an empty storage room on the first floor, said to contain only an old extension cord and several mattresses.

Stevens said she was standing in the main room of the building when she saw smoke coming from the storage room. She and several of the residents tried to put the fire out with fire extinguishers and water hoses and called 911 when unsuccessful.

Navarro County Sheriff Elmer Tanner said the investigation will not be turned over to the State Fire Marshal's Office. Due to statements made by the owner, multiple residents, and Corsicana Fire Capt. Underwood, the fire is believed to be accidental. Incident reports also indicate the owner lost insurance coverage three months prior.

The building was the former Emhouse school and for almost 60 years, its alumni have reunited annually. This year's May event was postponed due to the coronavirus pandemic but may be rescheduled in the fall.

“The school flourished in the community from 1941 to 1959. There has been a tremendous amount of success and memories over all these years from the faculty and its students,” said Lewis Palos, reunion organizer. “Yes, the numbers have dwindled but it's up to the rest of us to keep the traditions and the memories of all our experiences and friends alive because the school provided many students with a good foundation for life.”

Palos said he only attended first and second grade in the Emhouse school but it made a lasting impression.

“I had four brothers and a sister who went there, it's where I leaned to speak English” he said. “We had a lot of good memories.”

Palos said he hated to hear about the former schoolhouse burning and visited the site.

“The walls are still standing,” he said. “It was built pretty tough. At one time Emhouse was a thriving community, a lot of memories are gone with that building.”

Most recently known as the “Emhouse castle,” the Corsicana Daily Sun interviewed owner Kitt Stevens in a 2018 article:

“My great-grandmother Caroline had a castle in Sweden, and my mother used to play in the castle all the time when she was a little girl,” Stevens said. “After her divorce with my father, we left and could no longer go there. I told my mom that I would build her a castle for her to play in again.”

Stevens worked on the castle for over 18 years. She said she knocked down old walls and floors, redoing the foundation and painting each and every room – almost entirely by herself and with the help of a few friends.

“The cafeteria used to be mud and dirt, and the auditorium was underwater,” Stevens said. “I concreted about 11,000 square feet of the bottom floor … It was the only way to save the entire structure.”

The Emhouse castle has also played host to music videos for country singers like the band Vaudevylle, who filmed its music video on the roof of the castle. Eric Church also booked to sing on the roof, but cancelled because of the floods of 2015. The castle is also host for Status, the car club responsible for past Derrick Days car shows.

The school was even listed on the website www.hauntedplaces.org as a historical building with supernatural tendencies. Alleged, paranormal activity was reported inside the (previously) abandoned building. People said they saw a flying apparition on the upper level of the building, and spectral lights were observed on the upper and lower levels.

An article in the Friday, Feb. 1, 1929 edition of the Corsicana Daily Sun reports that a fire also destroyed a previous Emhouse school building:

The fire was discovered in a northeast upstairs room by a nightwatchman at a gin nearby and help was called. Water in the building had been cut off to prevent freezing and by the time this was turned on and bucket brigade formed the fire had gained too much headway to be stopped.

Calls were sent to Corsicana and Ennis for fire apparatus and both towns sent trucks but they arrived too late to extinguish the flames. Dwellings nearby caught fire but were extinguished before much damage was done.

Only the library books recently purchased were saved.

Emhouse and Black Hills schools consolidated and the building was used as the central high school for the consolidated districts.

William Babb, Corsicana fireman was burned about the left eye by falling coal.”