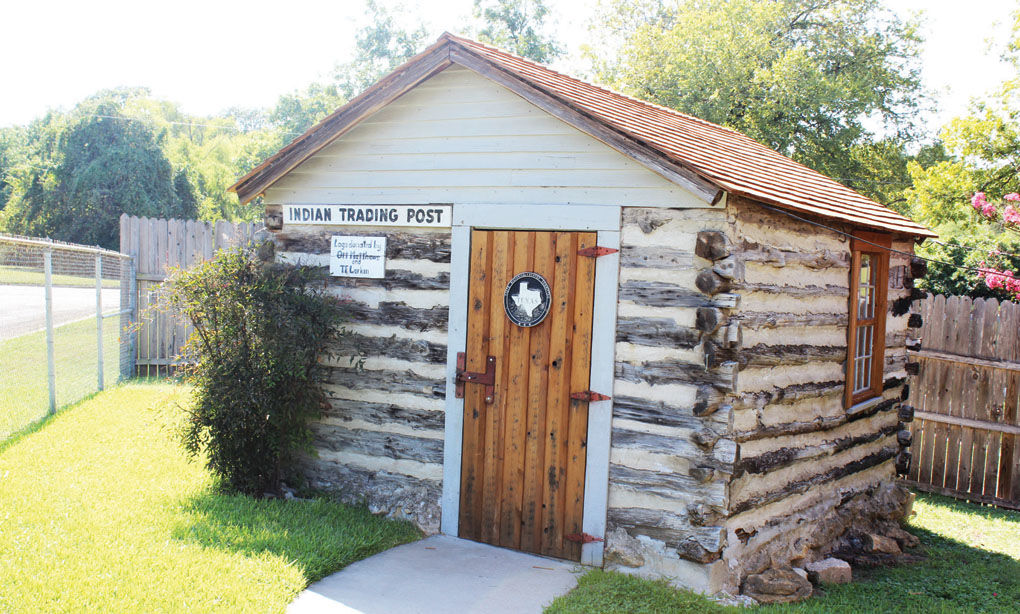 Daily Sun photo/Bob Belcher George Washington Hill’s Trading Post is being featured this month at Corsicana's Pioneer Village in Jester Park. The collection of historic buildings and artifacts is offering half-price admission this week. The promotion runs through Saturday. 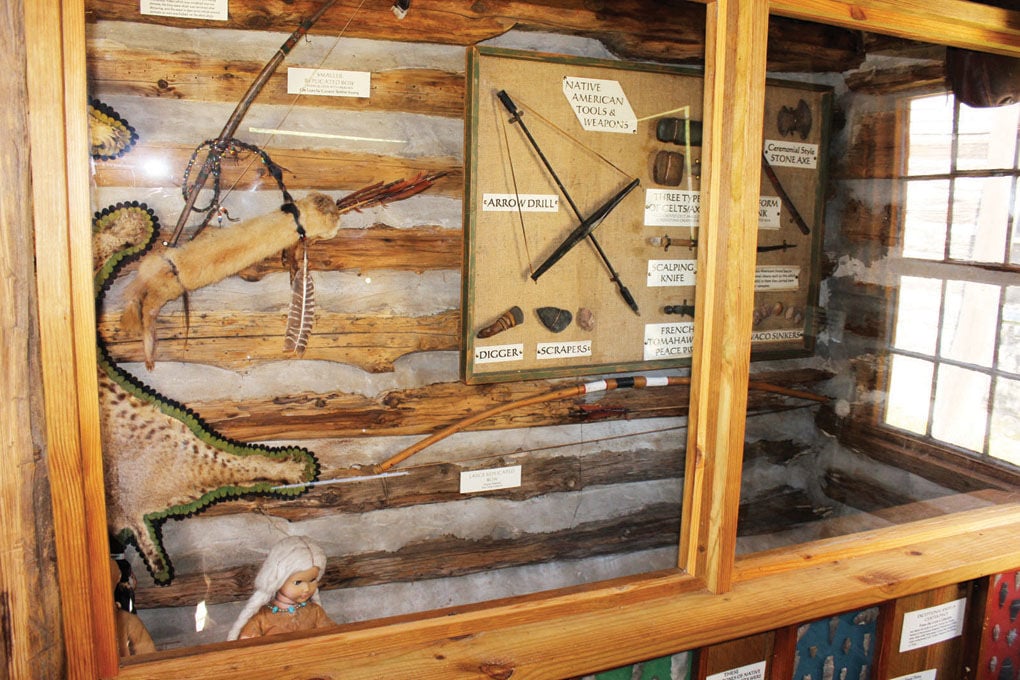 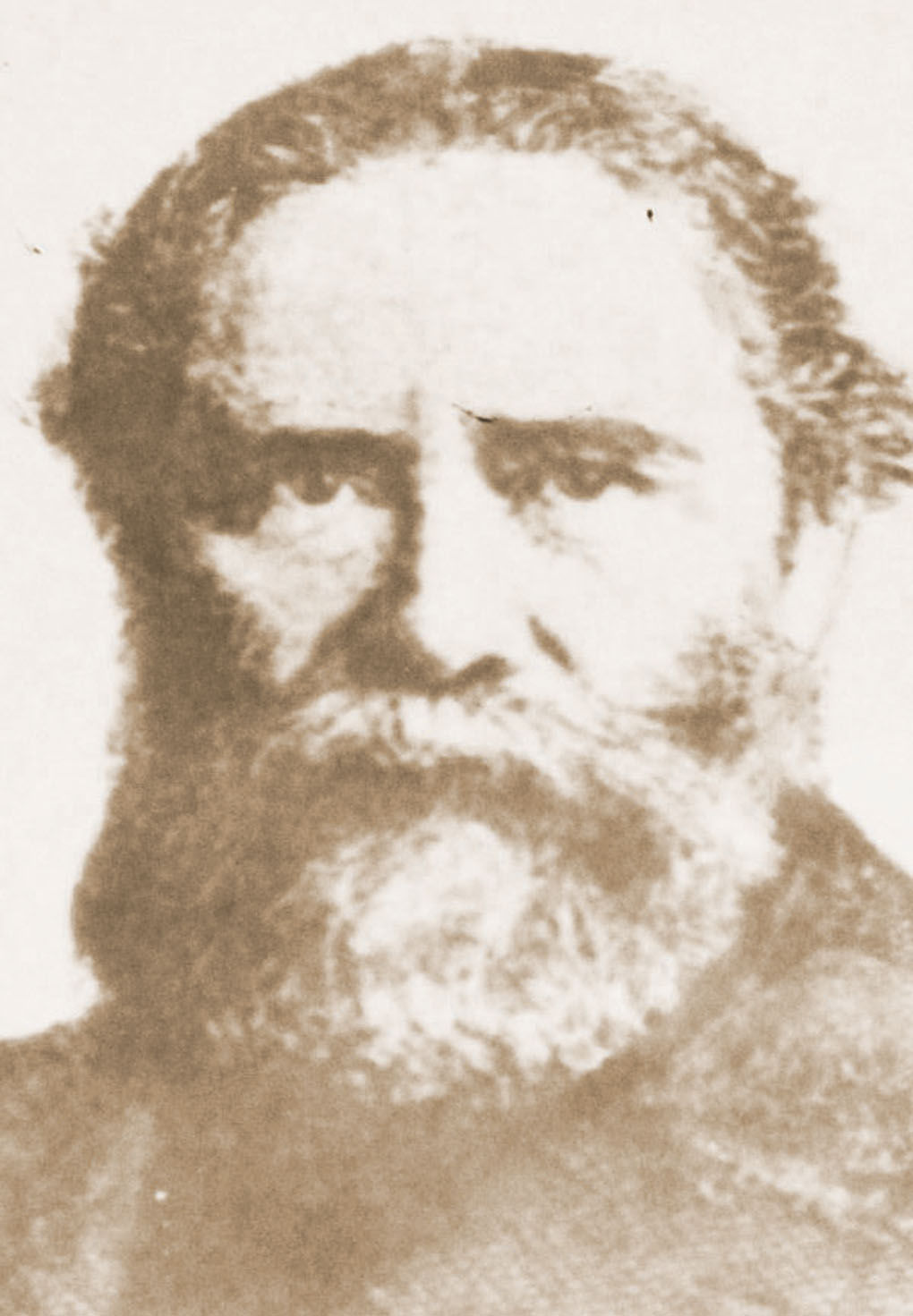 Courtesy image Dr. George Washington Hill was an Indian Agent, doctor, and politician in the early and mid 1800s in Navarro County. His Navarro County Indian Trading Post building is on display at Pioneer Village in Corsicana.

Daily Sun photo/Bob Belcher George Washington Hill’s Trading Post is being featured this month at Corsicana's Pioneer Village in Jester Park. The collection of historic buildings and artifacts is offering half-price admission this week. The promotion runs through Saturday.

Courtesy image Dr. George Washington Hill was an Indian Agent, doctor, and politician in the early and mid 1800s in Navarro County. His Navarro County Indian Trading Post building is on display at Pioneer Village in Corsicana.

Bobbie Young, curator for the local attraction, is inviting history buffs to check out a featured museum this week at half-price.

Originally located in Spring Hill, Pioneer Village is now the home of this little piece of Navarro County History.

Young shared a history of the doctor who was born in Tennessee in 1814, and died in Navarro County in 1860. He’s buried in Spring Hill Cemetery.

George Washington Hill received his medical degree from Transylvania University in Kentucky, came to Texas in 1836 or 1837, and lived for a time at Fort Houston where he was post surgeon. The fort, established in 1835, in present Anderson County, was a point of defense from 1836-39. It was abandoned in 1841-42.

In 1837 he moved to present day Milam County, settling in the area that became Robertson County in December of that year. He represented the new county in the 3rd, 4th, 5th and 7th congresses of the Republic of Texas, serving at the capitols of Houston, Austin and Washington (on the Brazos) from 1838-1842.

On Jan. 14, 1843, the 8th Congress passed the Peace Act which provided for the establishment of a Bureau of Indian Affairs, to be attached to the War Department of the Republic. On Jan. 16, President Sam Houston appointed Dr. G. W. Hill, to the cabinet post of Secretary of War and Marine. By mid-year Hill was acting in the capacity of Indian Commissioner, and on the road in an attempt to bring the border Indians together for a council to be held near Red River. He spent most of 1844 in the Indian country above the Falls of The Brazos, where with Houston he attended the Tehuacana Peace Council in October, which culminated in a treaty signed at the council grounds, near present day Waco. Some of the signers of this treaty were later instrumental in the formation of Navarro County, and the county seat Corsicana, including Thomas I. Smith and James C. Neill, commissioners, and Robert H. Porter of Porters Bluff in Navarro County. Other signers were Leonard H. Williams and Jessie Chisholm. Chisholm Trail was established by Jessie Chisholm. John F. Torrey and a partner established a couple of trading posts on the Brazos. Jose Maria, chief of the Anadarko, signed for the Indians. G.W. Hill served as Secretary of War and Marine until December 1844, the end of Houston’s administration. He then returned to Old Franklin where he practiced medicine. He was executor of the estate of Francis (Frank) Slaughter, the first Chief Justice of Robertson County, who died around 1842. In November 1846 in Robertson County, he married Catherine, the widow of Frank Slaughter. Her maiden name was Matthews. After their marriage the Hills remained in Robertson County until 1848, when they moved to Spring Hill in Navarro County. He was taxed for a 640 acres in the G. W. Hill Survey in the present Dawson area, and a 500 acres in the Spring Hill area. In 1853 Hill returned to the Indian Service. U.S. Supervising Agent Robert S. Neighbors assigned him as agent to the small agrarian tribes on the upper Brazos, replacing agent Jessie Stem. From Fort Belknap located in what is now Young County, Hill reported that it would be best to address any important communication to him at Spring Hill, as he kept private communication with that post office when at Fort Belknap or when absent with the Indians. G.W. Hill was Special Agent to the Texas Indians. When the Indians were moved onto the two newly located reserves on that frontier, Hill became the first agent at the Brazos Reservation, south of present Graham. He soon resigned and was replaced by Shapley Prince Ross. Hill returned to his Spring Hill home in Navarro County.

This old log structure that stands in Pioneer Village was verified and donated by the Matthews family, direct descendants of Mrs. G.W. Hill. Many descendants of these two Pioneer families still reside in Navarro County today.

You may reach the Daily Sun newsroom by email at news@corsicanadailysun.com