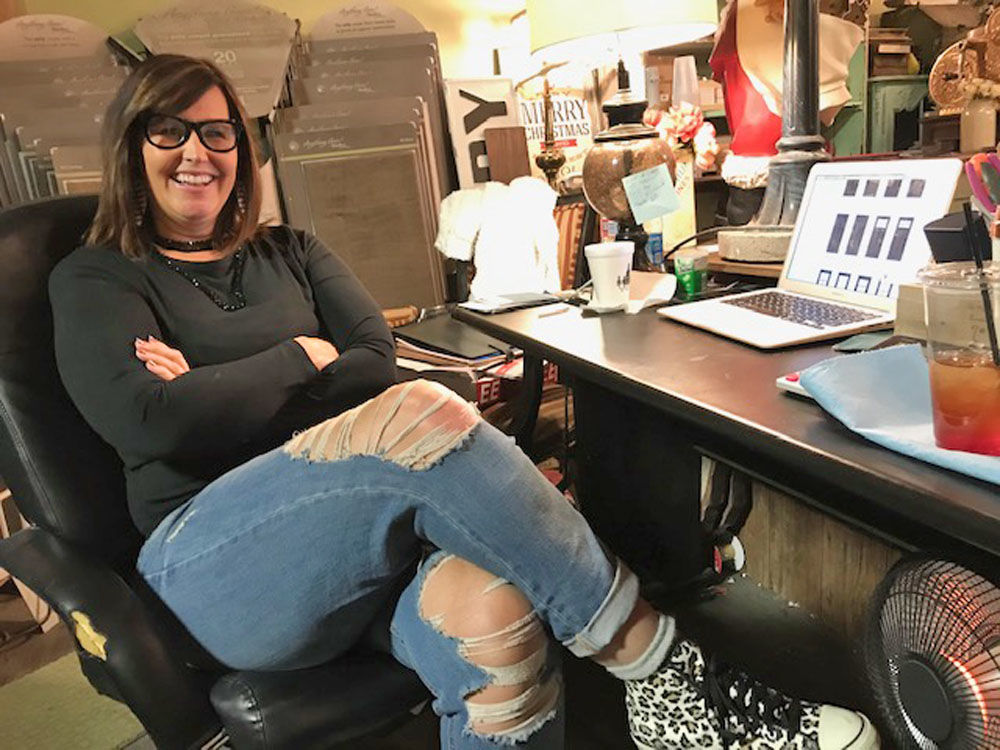 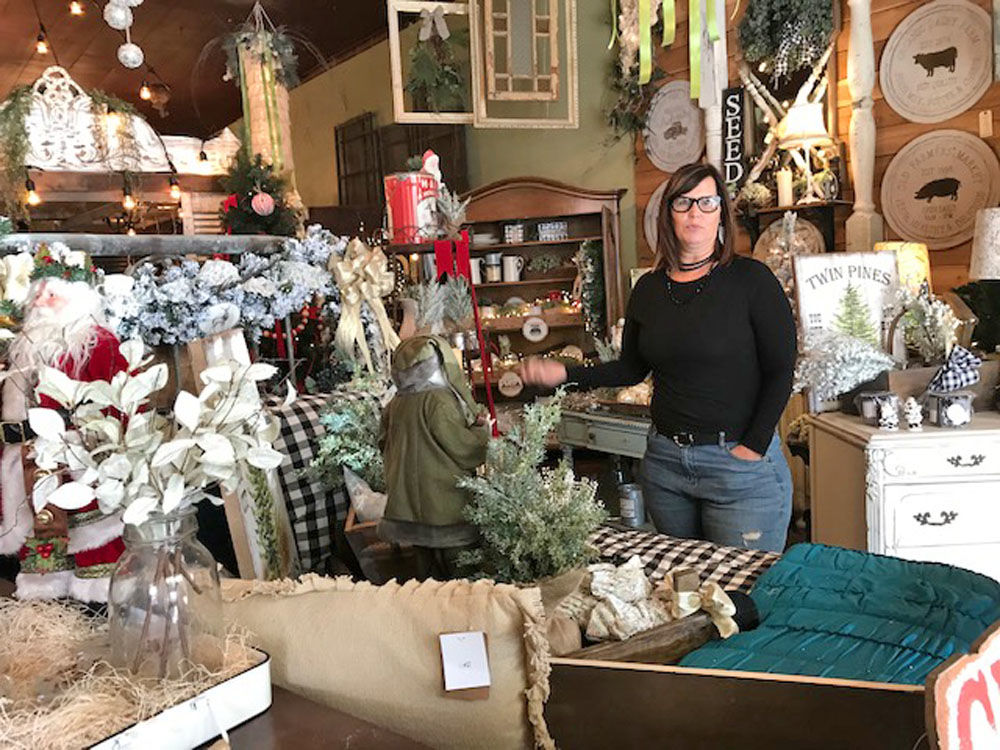 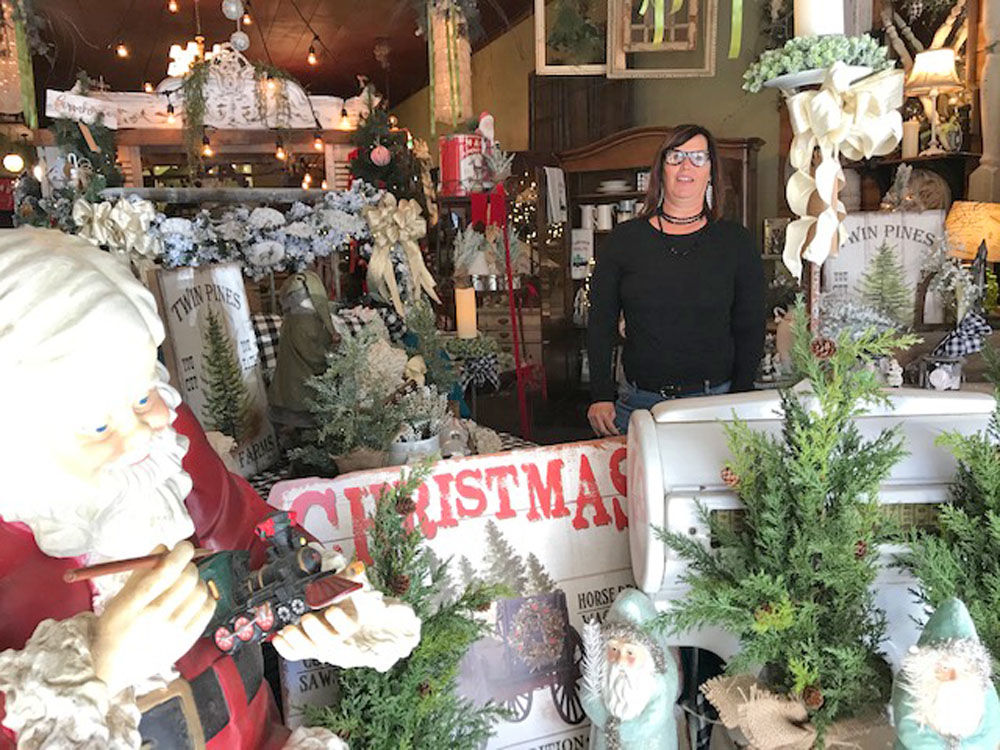 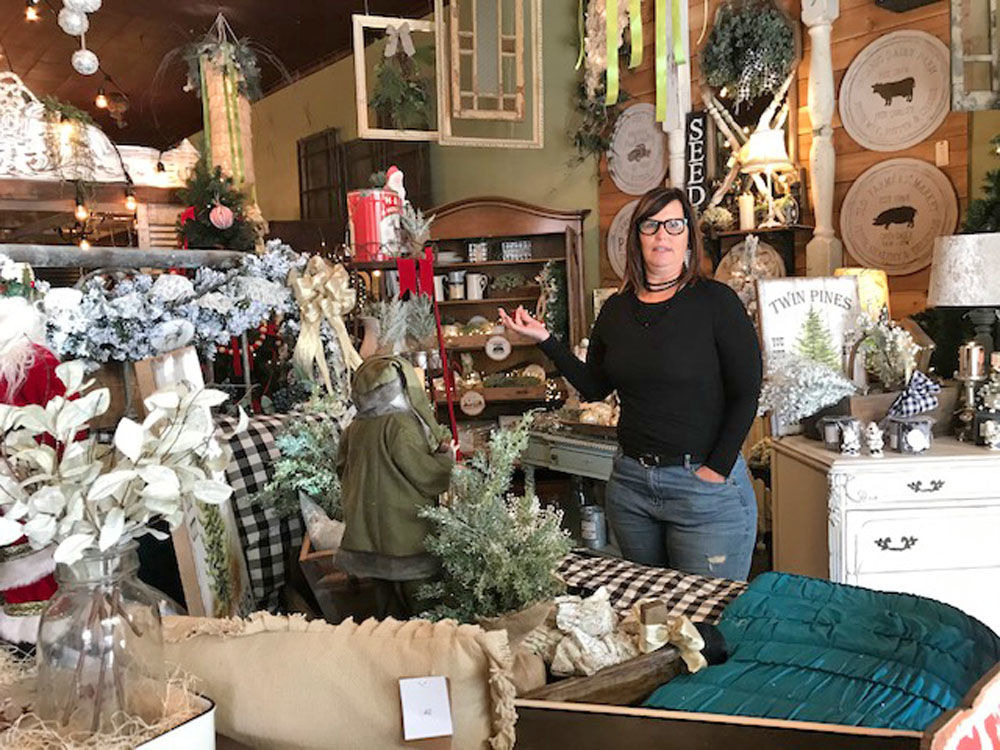 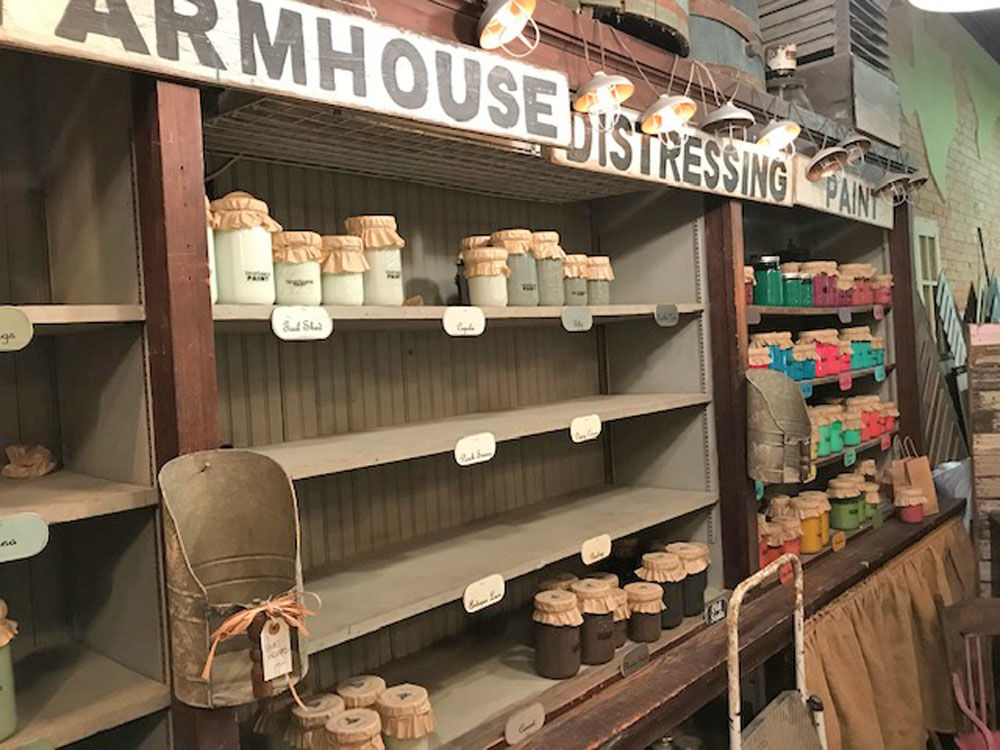 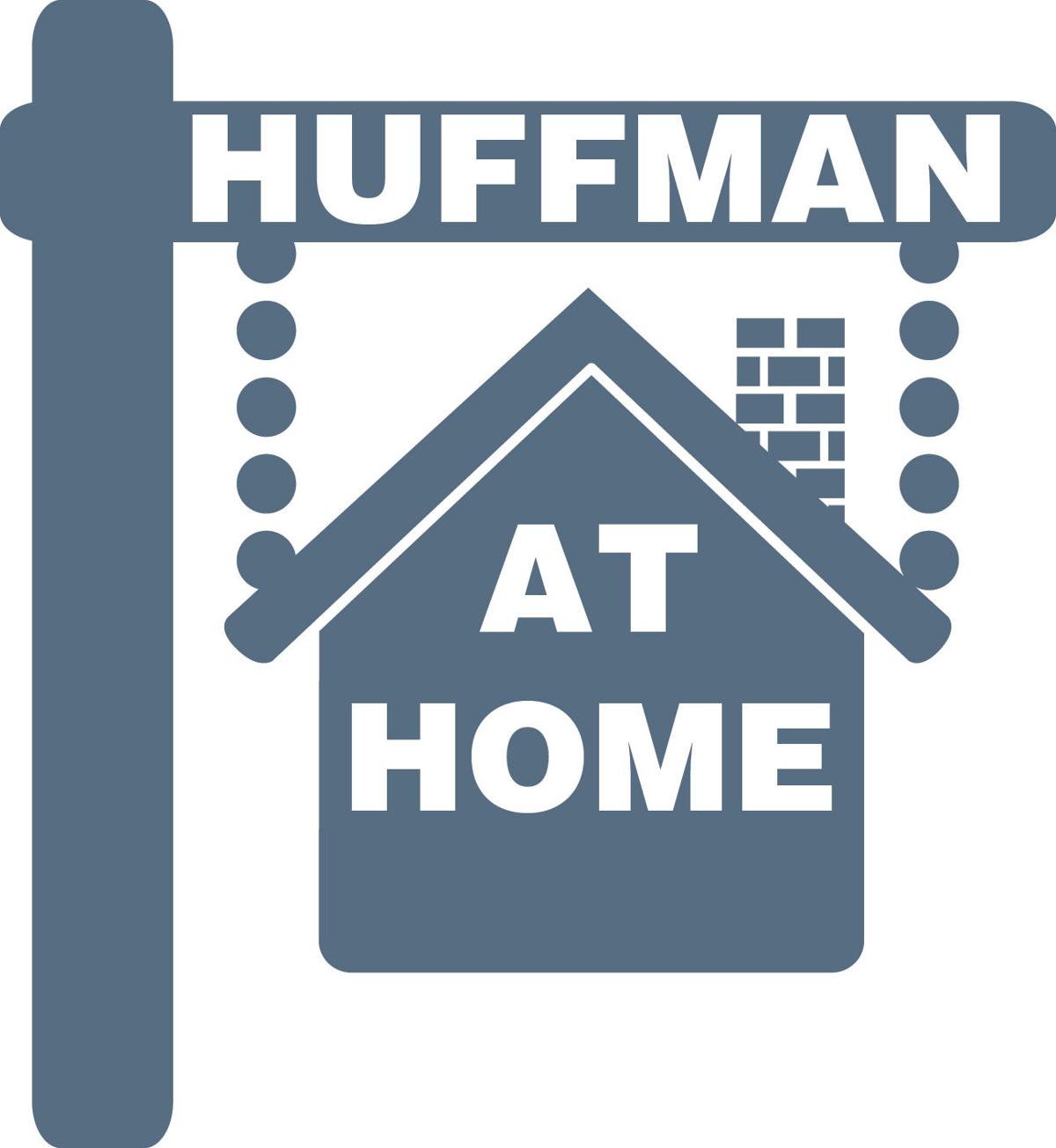 Tresa Shimonek may tell you that she is a grandmother, mother, wife and designer. If you catch her at Vintage Farmhouse on Beaton Street you may think of her as a shop owner. Or you may know her for the fun furniture pieces and that makes new again with a spiffy paint job. True, those are just some of the things that occupy her time. But she is so much more.

Her degree is in interior design. Before getting into the home business, she was in the corporate world as a store manager for Home Depot. With a leap of faith, Shimonek started with designing kitchens and smaller projects. Then people asked her to do more than pick paint colors and fixtures. They wanted her, a woman, to do the remodels and eventually new builds. In an industry where women make up only 9% of the workforce, she is the boss lady.

“I’m definitely in a man’s world,” she said. “I’m only one of a few women home builders in the state.”

She said in the beginning, when an architect would meet her, they would confuse her for the homeowner.

Shimonek is quick to point out that her tremendous success did not happen overnight and not without hard work.

“I’ve been in business for 15 years,” she said. “The first two were scary because I left a job making good money.”

She said some people think she sits in her shop for hours selling antiques and her own brand of paint. But what they don’t see is the time and effort that she puts into all of her work.

She doesn’t complain. In fact, she calls it all a blessing.

As for being a woman in a man’s world, Shimonek said she realizes she may have more to prove but it no longer phases her.

“I’ve been doing this a long time. If I was weak, I wouldn’t be doing this.”

She admits it doesn’t happen often, but she can, “give a good butt chewing if necessary.”

She hopes if someone were to ask any of the crews what she is like to work with, that they would say she’s a breath of fresh air.

“I try and make it easy. When I walk up, I’m happy and blessed to be there,” she said.

This time of year, Shimonek turns her store into a Holiday Wonderland, full of all things vintage, Christmas, tinseled and quaint. Added to her duties, she does holiday home décor. People pay Shimonek to come in and turn their own homes into that Frank Capra version of Christmas. After her first year of doing this, she came up with one seemingly strange rule. When you think of Christmas, most folks think of children. So does Shimonek and so she will only do home décor for people who don’t have children living at home.

“I remember the client’s children coming home for school and taking in all of the Christmas décor. Then, I was the first face they would see,” said Shimonek. It was in that moment that she says she realized that decorating a home for Christmas is something people should do together as a family.

“You couldn’t pay me enough money to do it,” said Shimonek. For those who say they don’t have time, she tells her customers if she has time, they have time.

She is probably right since she juggles the variety of work and clients, and does it with a smile.

Christy Mejia Huffman joined Keller Williams Realty in 2019. She has a 20 year career in marketing, sales, and journalism. Huffman at Home is a new feature series highlighting all things real estate and lifestyle. You can reach Christy at c.huffman@kw.com.

Gene Montgomery, 81, passed away at 1:30 a.m. Jan. 13, 2020 in Corsicana. He was born Dec. 12, 1938 to the parents of Willie and Gladys Montgomery. He is survived by his loving wife Pam; his sons, Danny and wife Rosemary, Tommy and wife Staci, and Adam and wife Vicki; five grandchildren, Wes…