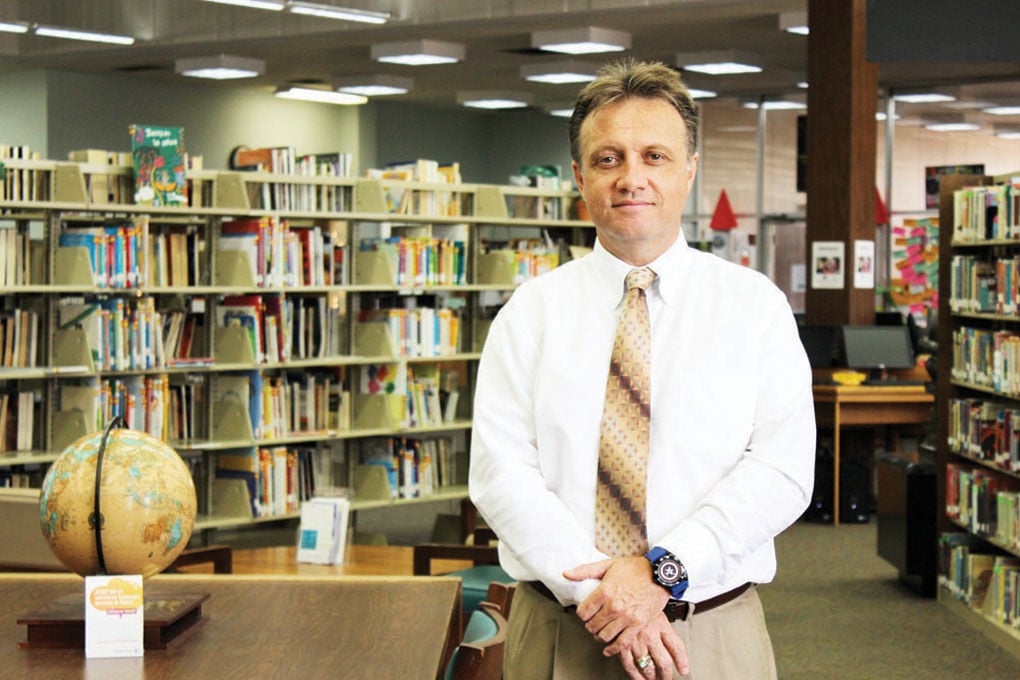 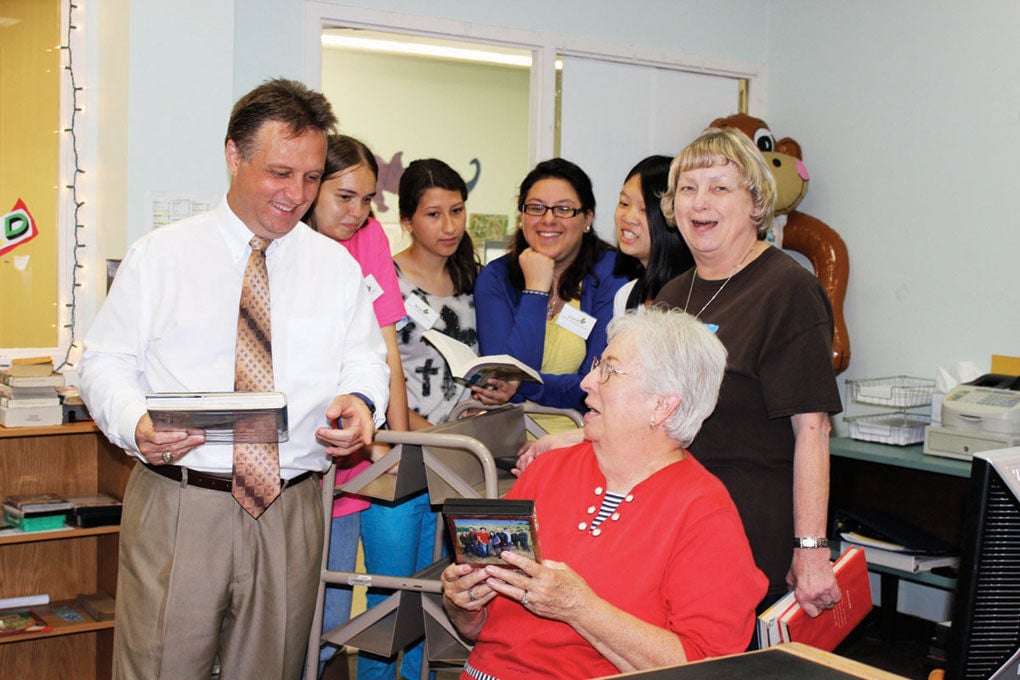 Paul Phelan began his library career as a “shelver” in the Tulsa City/County Library system, where he worked while a student at Oklahoma State University.

“As I earned more college hours, they would promote me,” Phelan said. “I worked there off and on for 10 to 12 years.”

Though the Tulsa native earned a bachelor’s degree in education, then a master’s degree in the same, his time spent in the library while in OSU was not for nothing. Phelan taught social studies, biology and life and earth science on the secondary level, but on summer vacations and holidays, you could still find him at the Tulsa Library.

“I went back to Texas Women’s University and got my masters of library science, and then went to work for the library in Greenville for nine years,” he said.

Once Phelan felt like he had tried all of his innovative ideas in Greenville, he began to search for different pastures, which led him to the Corsicana Public Library.

“Running a library is different than most endeavors,” he said. “It is half science, half art. It requires creativity. It really is an art form. I felt like I had run out of ideas in Greenville, and felt like I could employ some of the ideas I used there in Corsicana.

“I’m more an agent of change than a status quo manager. A library needs creativity; in every aspect of running a library, you need change, and to remain creative.”

A visit to Corsicana revealed its charm, and Phelan was delighted with its size, as well as the fact the Collin Street Bakery began here, and there is a Russell Stover outlet. He believes his 15-year-old daughter will enjoy spending time at both places.

“I like the fact the library is downtown,” he said. “They moved so many libraries out of the downtowns, and now they’re moving them back, trying to revitalize the downtowns. We have lots of potential to do wonderful things here.”

Phelan is also creative musically, playing guitar and singing, preferably and primarily gospel, but he did belong to a Creedence Clearwater Revival tribute band for a time, which he said was “a lot of fun.”

“I’ve played in bands before, played guitar and sang in church with my daughter,” he said.

She is a cello player in the honors orchestra at her school in McKinney, and Phelan hopes her interest in music will continue to grow and develop.

As for local growth and development, Phelan will take things a step at a time, beginning with a new Facebook page for the library that can be accessed through the City of Corsicana page.

Through the Northeast Texas Digital Library Consortium, they have access to elibrary online, and if you follow the library on Facebook, Phelan will post bestsellers and audio books, as well as ebooks, some of which may be downloaded to your phone so you can listen in your car, or with your headphones while you’re exercising, he said. Books straight off the New York Times bestseller list will be available.

“I encourage people to follow us on Facebook,” he said, “So you’ll know all the latest library news.”

Deanna Kirk is a Daily Sun staff writer and editor of Explore. She may be reached via email at dkirk@corsicanadailysun.com.