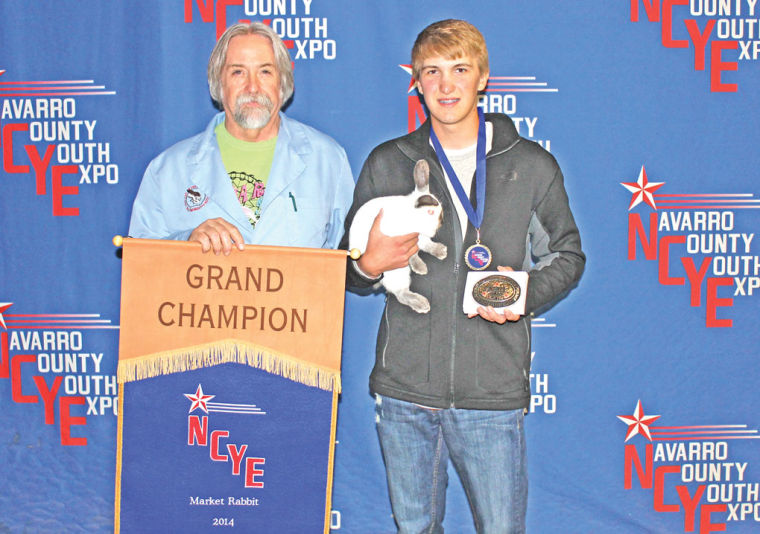 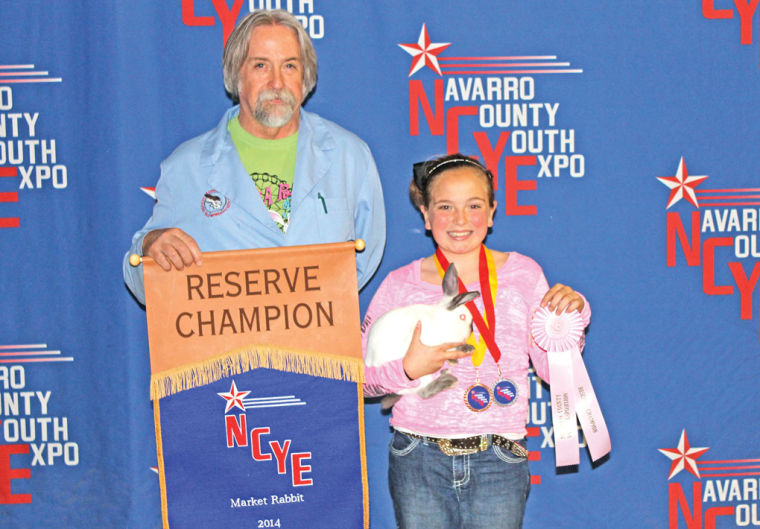 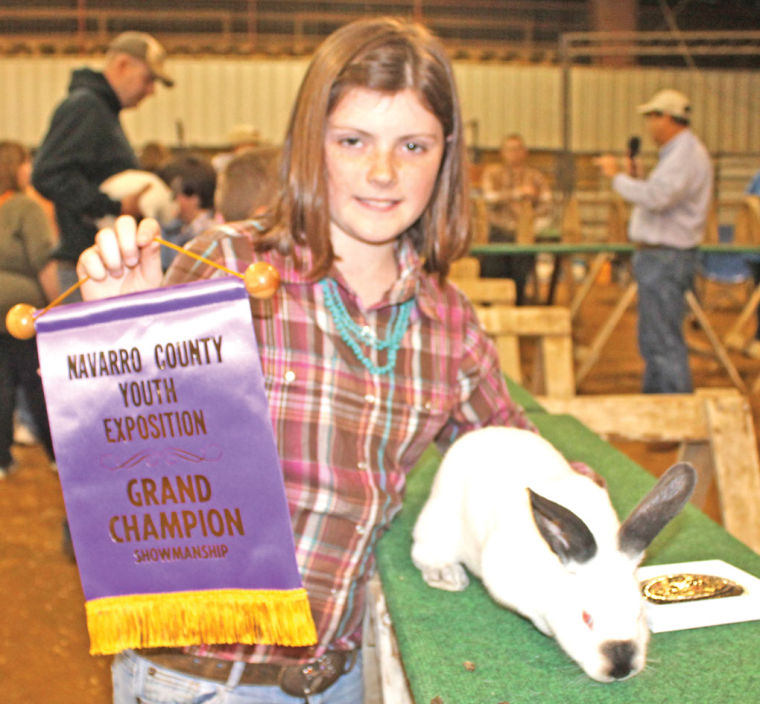 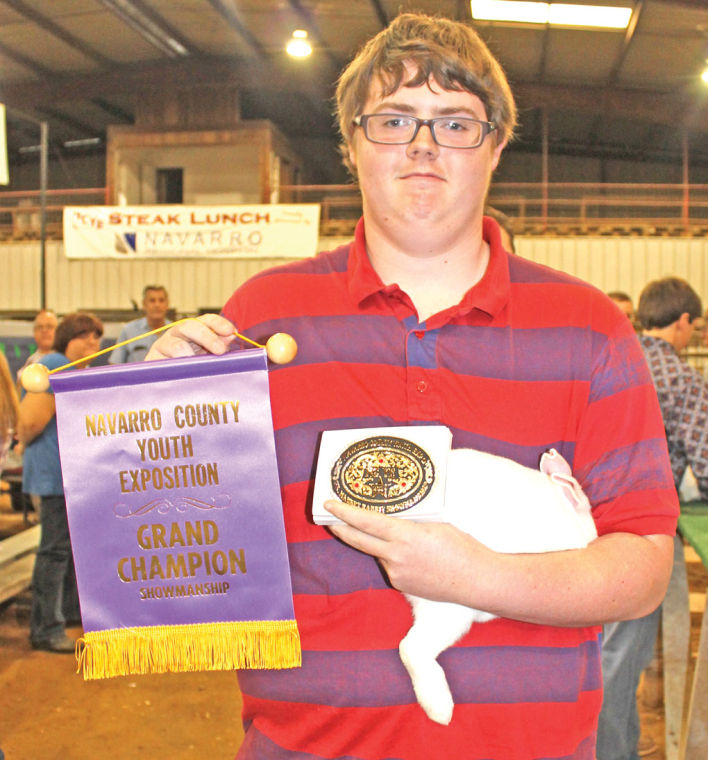 Josiah Clagett of Corsicana FFA won Grand Champion in the Breeding Rabbits Division in 2010. It was his “rookie” year and first time to show.

Clagett came full circle this year to claim the other top rabbit title. He took home Grand Champion honors in the Market Rabbit Division Thursday at the 56th Annual Navarro County Youth Expo. The winning pen was the only one he entered.

“I only had one pen to show,” Clagett said. “The cold weather affected the breeding this year.”

Peyton Jennings, 9, of Mildred 4-H, took home the Reserve Champion banner and third place for the two pens of rabbits she raised. Jennings has shown swine in the past but this was her first year for rabbits.

“We lost a few rabbits in the most recent ice storm,” Jennings said. “I just had to work with the ones I had, feed and water them everyday and made sure they looked nice.”

Judging the Market Rabbits Division was Tony Bell of Alvarado. He filled in for Carrol Hooks of Moody who was scheduled to judge the competition but had to cancel because of a medical emergency.

Market rabbits are shown in pens of three not to exceed five pounds each. Breeds shown were Californians and New Zealands although other breeds recognized by the American Rabbit Breeders Association are allowed. The top 15 rabbits, including the Grand Champion and Reserve Grand Champion, will be sold during the Premium Sale on Saturday, March 29.

An album of photos from this event is available on the Daily Sun Facebook page.

Mary Sharp born September 10, 1955 in Dallas, Texas passed away January 19, 2021 at Navarro Regional Hospital at the age of 65. Visitation will be Wednesday, January 27th from 12 p.m. - 1 p.m. at Griffin-Roughton Funeral Home. A private family graveside will be held at Dresden Cemetery. If a…