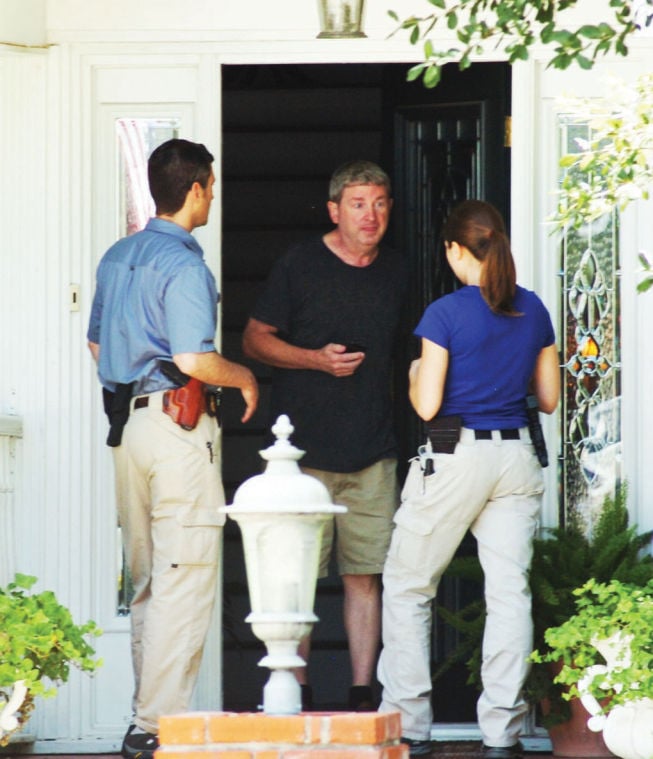 Daily Sun photo/Ron Farmer Sandy Jenkins, center, talks with two FBI agents on Aug. 12, 2013, prior to his arrest later that day. Jenkins, the former controller of Collin Street Bakery, has been charged with mail fraud in connection with nearly $17 million in missing bakery funds. 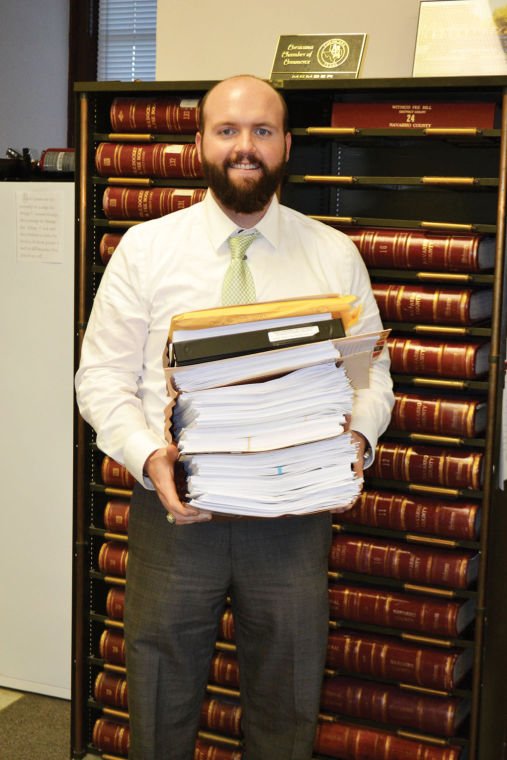 Daily Sun photo/Ron Farmer Sandy Jenkins, center, talks with two FBI agents on Aug. 12, 2013, prior to his arrest later that day. Jenkins, the former controller of Collin Street Bakery, has been charged with mail fraud in connection with nearly $17 million in missing bakery funds.

The criminal trial of Sandy Jenkins, the former Collin Street Bakery controller accused of stealing $16.5 million from the bakery over the course of nine years, has been pushed back to April 7. It was scheduled to begin Monday.

The order pushing back the trial was granted by Judge Ed Kinkeade, who will hear the trial in Dallas federal court.

Jenkins is charged with 10 counts of mail fraud, a federal offense, but if found guilty he faces up to 10 years in prison for each count, as well as the loss of everything he and his family owns. Both the FBI and the bakery continue filing paperwork laying claim to his allegedly ill-gotten gains. The FBI is seeking forfeiture in criminal court. The bakery is suing in civil court in Navarro County.

The legal issues don’t end there. His wife, Kay, has sued Sandy Jenkins for divorce, and has asked for financial support.

According to FBI affidavits filed in federal court, Jenkins wrote 888 checks off the bakery’s bank account to pay his personal debts to American Express, credit cards, mortgage companies, car companies and jewelers. In order to track the money, lawyers for the bakery have issued legal requests for any documents dealing with either Sandy or Kay Jenkins from hundreds of merchants.

Jenkins was arrested on Aug. 12, and the FBI has filed reports stating that he spent the intervening seven weeks of freedom traveling between his house on Third Avenue in Corsicana, his second home in Santa Fe, and his daughter’s Austin apartment.

It was also impressive that Jenkins was a bargain shopper, on a very high-end scale, of course. At least one jeweler almost always gave them a 15-percent discount, so that $31,000 Cartier watch Jenkins bought on Sept. 6, 2006, only cost $28,686.

Two days after Christmas of 2012, Jenkins bought a 14-emerald, 196-diamond Gregg Ruth bracelet from Bachendorf’s, along with a $47,320 Claudia Patrick 18-karat white-gold mother-of-pearl watch with eight diamonds. He then returned both items two days later and got a full refund.

Among the big-ticket items is a lot of jewelry, although there’s also an $80,000 piano that the FBI hauled away on Aug. 12, the same day they arrested Jenkins in Corsicana. The feds also got six of the 44 luxury cars they owned over the nine years, trading them in and upgrading frequently.

Three of the jewelers have already responded to the civil case’s demands, turning over dozens of receipts. A sampling of the receipts shows:

Dec. 21, 2006 — Four Rolexes and a 3-module Briarwood winding box, $44,176, from Eiseman. A winding box is a jewelry box for high-dollar watches that keeps them dust-free and wound.

On July 3, the bakery got a temporary restraining order to prevent Jenkins from spending any more money from his accounts, or from using his credit cards.

In early October, it became clear that Sandy Jenkins had given his defense attorney, Brett Stalcup of Addison $295,000 in cashier’s checks and two Rolex watches. The lawyer returned $200,000 to the court along with the two watches.