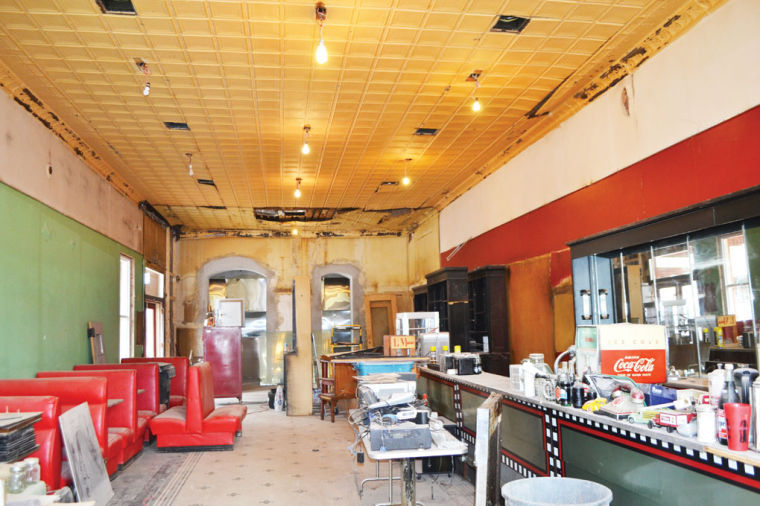 Daily Sun photo/Janet Jacobs The former Hashop's, Dee's, Caleb's, Diner, is undergoing a heavy renovation project along with the two attached buildings to create three businesses under one roof ��Across the Street. 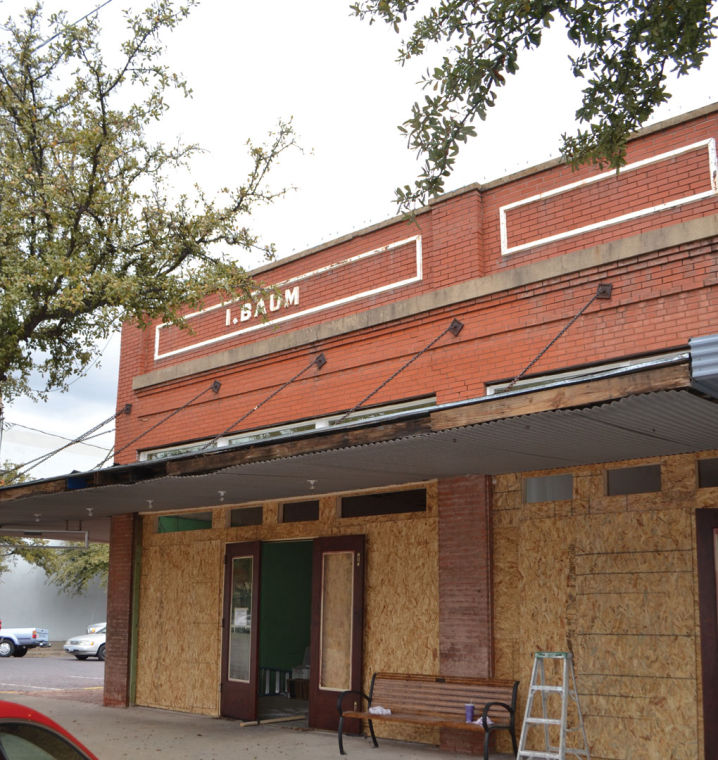 Daily Sun photo/Janet Jacobs Installing the original 8-foot doors at 125 N. Beaton required tearing out much of the 1950s front. The renovated soda fountain is expected to reopen in late May or early June. 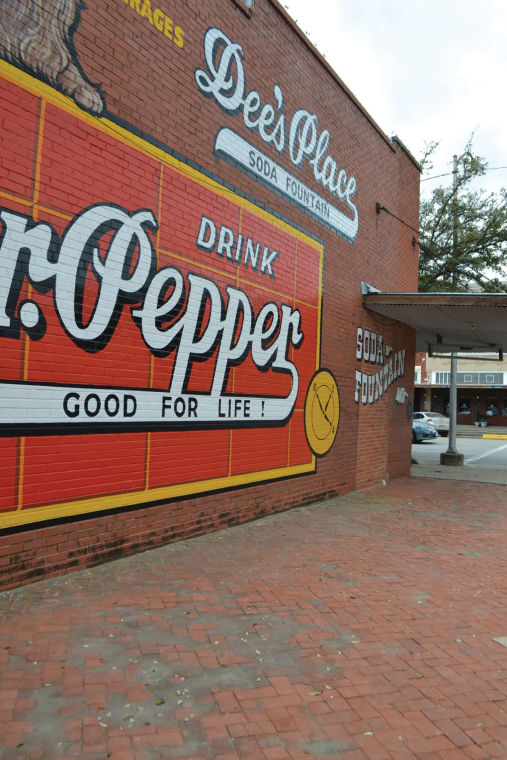 Daily Sun photo/Janet Jacobs The former Hashop's, Dee's, Caleb's, Diner, is undergoing a heavy renovation project along with the two attached buildings to create three businesses under one roof ��Across the Street.

Daily Sun photo/Janet Jacobs Installing the original 8-foot doors at 125 N. Beaton required tearing out much of the 1950s front. The renovated soda fountain is expected to reopen in late May or early June.

It’s been called Hashop’s, Dee’s, Caleb’s and The Diner, but now the building at 125 N. Beaton will be Across the Street, three businesses under one umbrella. The former Hashop’s pharmacy and soda fountain will be a breakfast and lunch diner; the building next door will be a small restaurant and wine bar; while the building in the rear will be a coffee bar and retail shop for gourmet foods like wine and cheese.

The businesses are the brainchild of Jimmy Hale and his friends and family. Hale recently completed renovating the former Art Spot into the Offices at Pocket Park. The new office building is directly across the street from 125 N. Beaton, hence the name Across the Street.

“Five or six years ago I wanted to open a wine and cheese place in Corsicana,” explained Susan Bruce, Hale’s daughter.

After Hale bought the former Hashop’s, the site next door seemed like the perfect spot for that intimate little dining space she envisioned. “It’s small, it’s only going to seat like 30 or 40 people.”

“We’re not going to be a snooty, high-faluting place, just a nice place to go for wine and to try out different things. Very approachable,” Bruce said.

Suzanne Plyer, who’s been running her own catering business, Thyme and Elegance, for the last four and a half years, will be the head chef for the evening restaurant, but also creating the menu at the former soda fountain.

Some of the menu items will be dictated by tradition — Hashop’s roast beef sandwiches on toast, for example, a local favorite for about a century — as well as burgers and other sandwiches, ice cream treats and soft drinks. Others will be diner food with a twist, making use of the ingredients available for the wine bar. Plyer hinted that the menu might have an entire bacon section, but also a salad section for those looking for healthier options.

The evening place will offer more special items — basically date food, with a steak filet choice, a seafood choice, as well as heavy appetizers, a wide-ranging wine list and imported beers. It will only be open at night.

“It’s definitely not something you’d go to at lunch,” Plyer said. “It’s going to have a club feel, with dark wood and a hammered copper top on the bar. It’ll be someplace you can walk into in a pair of jeans, but also in dressy dinner clothes and still feel comfortable either way.”

Plyer wants to make use of locally sourced items, particularly produce, and she may do some special farm to table events to highlight local foods.

“One thing I’m proud of is we’ve already booked the restaurant for two private occasions, even before we’ve opened,” Plyer said. “People are already looking forward to it.”

The opening date will be in late May or early June, and it’s taking some extensive work to bring all three buildings up to par, Hale said. It took new plumbing, new bathrooms and kitchens, and extensive remodeling inside and out.

Hale already owns the Downtown Salon and Spa, and the Offices at Pocket Park, and now there’s Across the Street. He predicts that within 10 or 15 years, downtown Corsicana will be transformed, and there won’t be any empty spaces like there are now.

It’s not that Hale intended to go into remaking downtown, but each project was just an opportunity that came up, Hale said. He has gotten some inspiration from places like Oxford, Miss., cities with beautiful and busy downtowns that attract crowds to the shops and nightlife.

“I think people who invest in downtown will make a lot of money in the future,” he said. “What we need to do is deliver a good product, good food and good rental spaces and they’ll come.”