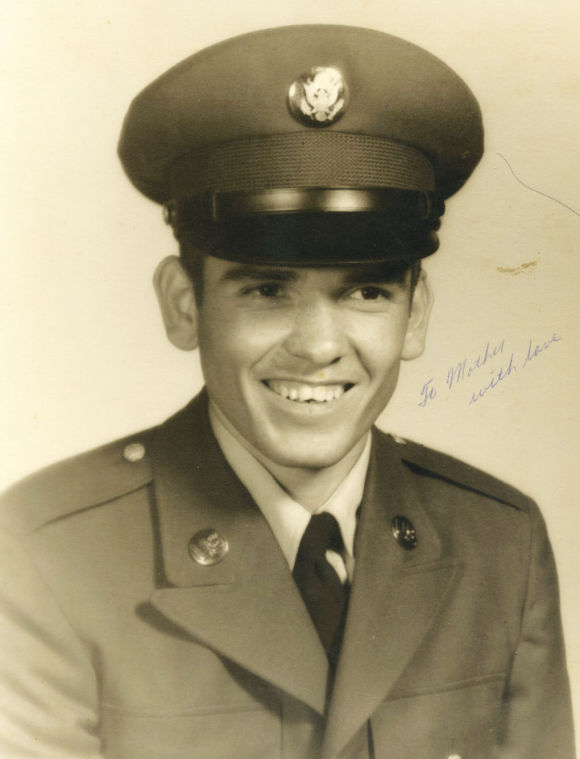 Courtesy photo Candelario Garcia Jr. is shown in this military photo he signed for his mother. Garcia, who would have been 70 on Feb. 26, 2014, passed away in January 2013. He is being awarded the Medal of Honor by President Barack Obama for his heroic service in Vietnam. 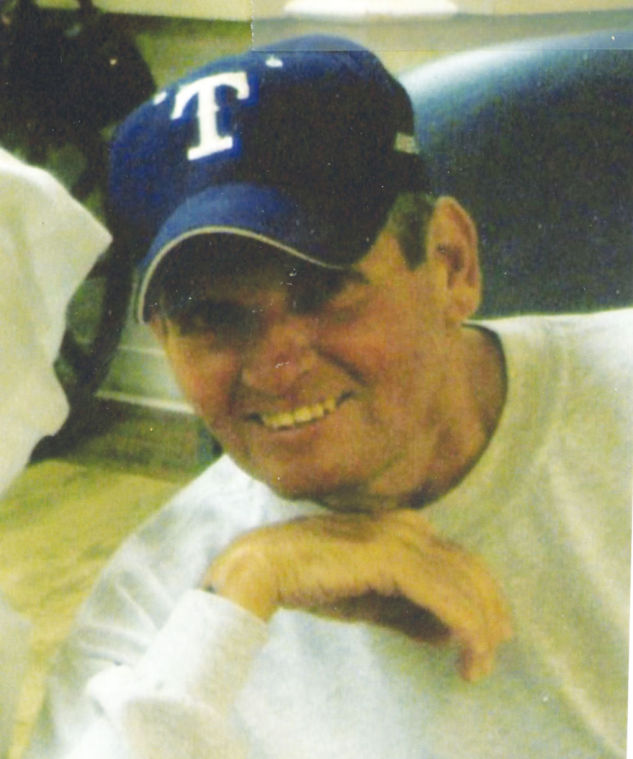 Courtesy photo Candelario Garcia Jr. returned to his life in Corsicana after serving in Vietnam, where he worked different jobs, but enjoyed meeting with classmates once a month to swap stories about the good old days. He passed away in 2013.

Courtesy photo Candelario Garcia Jr. is shown in this military photo he signed for his mother. Garcia, who would have been 70 on Feb. 26, 2014, passed away in January 2013. He is being awarded the Medal of Honor by President Barack Obama for his heroic service in Vietnam.

Courtesy photo Candelario Garcia Jr. returned to his life in Corsicana after serving in Vietnam, where he worked different jobs, but enjoyed meeting with classmates once a month to swap stories about the good old days. He passed away in 2013.

Over 45 years after his acts of heroism, Candelario Garcia Jr.’s family will have the satisfaction of receiving the Medal of Honor from President Barack Obama on his behalf.

“The Medal of Honor is the highest award for valor in action against an enemy force which can be bestowed upon an individual serving in the Armed Services of the United States,” reads the Congressional Medal of Honor website.

The most recent Medals of Honor are being presented in March, in most cases posthumously, to men overlooked for their heroism because they were Jewish, African–American or Hispanic.

Born and raised in Corsicana, Candelario, his brother Robert and sister Mary were raised by their mother. Their father, Candelario Garcia Sr., was killed in action in France during World War II when the children were very small.

An entry on the U.S. Army website describes in detail the heroic actions of Candelario Garcia Jr. in service to his country:

“Garcia distinguished himself by exceptionally valorous actions, Dec. 8, 1968, as a team leader during a company-size reconnaissance-in-force mission west of Lai Khe. Garcia’s platoon discovered communication wire, and other signs of an enemy base camp, leading into a densely vegetated area. As they advanced they came under intense fire, causing several men to be wounded and trapped in the open. Ignoring a hail of hostile bullets, Garcia crawled to within 10 meters of a machine-gun bunker, leaped to his feet and ran directly at the fortification, firing his rifle as he charged. He jammed two hand grenades into the gun port and then placed the muzzle of his weapon inside, killing all four occupants. Continuing to expose himself to intense enemy fire, Garcia raced 15 meters to another bunker and killed its three defenders with hand grenades and rifle fire. After again braving the Communists’ barrage to rescue two casualties, he joined his company in an assault, which overran the remaining enemy positions.”

Garcia’s family knew very little about his time in the military, as he never talked about it upon his return to the States. He had a Distinguished Service Cross, a Silver Star, and nobody was quite sure how many Purple Hearts, which are earned by being wounded in the call of duty.

“We were in the same class through school, graduating class of 1962,” said Ed Erwin. “He was one of the guys who was most fun to be around. He had three names — Candelario, though nobody called him that, Junior, or Spider. He was one of the shortest members of our class. Everyone liked him and enjoyed being around him.”

Growing up side by side and close in age, sister Mary Garcia Conner was in the same grade with her brother from Stephen F. Austin Elementary, Sam Houston, then Collins Junior High. At that point Mary dropped out of school, but Junior went on to Corsicana High School.

“He wore slacks and white shirts, no jeans,” Mary said. “Very, very neat. Nice looking. He was a good boy.”

While home on leave around 1966, he was in a bad car accident near Ennis and was injured. He returned to the service and was stationed in Missouri. There he met a woman who had three girls, and they married and had a son.

“We grew up without a father, so he threw himself into raising those kids,” Mary said. “He loved the Army, and was bound and determined to show his patriotism. He loved military life, but his marriage hit the rocks, and to try and save his marriage he left the service. But the marriage couldn’t be saved.”

His cousin, Johnny Flores, said he never knew what Candelario did to earn a Medal of Honor, because he never talked about it, and Johnny was afraid to bring it up.

“I do wish I’d talked to him about it now,” Flores said. “Wish I’d eased in on the conversation to find out exactly what he did. He would have accepted the award, but it wouldn’t really have mattered that much to him. He was just doing his duty, not looking for recognition.”

High school friend Ron Odom said Garcia never spoke of his time in the service, not even when Odom returned from his own stint in the Army. The CHS Class of 1962 has monthly lunches together, and the last time Spider attended it was because Gowan Murphy went and practically dragged him there, said Odom. His health began to fade after that.

“Spider was a friend of mine, kind of a character,” said Odom. “He had a very strong personality, but was just a good guy ... Spider came back from Vietnam, and had some problems. He finally got himself straight. The last time I saw Spider was at Twilight Home, where I saw him weekly. For a guy who knew he was dying — he was on hospice — he had more strength than I would have.

“Spider was a wonderful guy, and had a lot of friends,” Odom continued. “He never realized how much impact he made on a lot of us during those years because of his friendship. We miss him.”

Lupe Graham, Garcia’s youngest sister, said he was cremated and his ashes buried with full military honors at the military cemetery in Arlington. She said Candelario knew while he was in Vietnam that he had been nominated for the Medal of Honor, but that he did not get it, and never knew why.

“It’s sad he didn’t live to get this award, but I’m so proud that he is going to get it, even though he is not here to receive it in person,” Mary said. “We are very proud of him and very honored for this opportunity to show our city and our country that he did his best for his country.

“It’s long overdue for sure.”

Nancy Garrett, 86, of Corsicana, Tx passed away on May 11, 2021. Nancy was born June 22, 1934. The daughter of Elze and Alice Hopwood. She was preceded in death by her parents, 4 brothers and 1 sister. Nancy is survived by her husband of 71 years Curtis Garrett, sons Curtis W. Garrett and Ga…