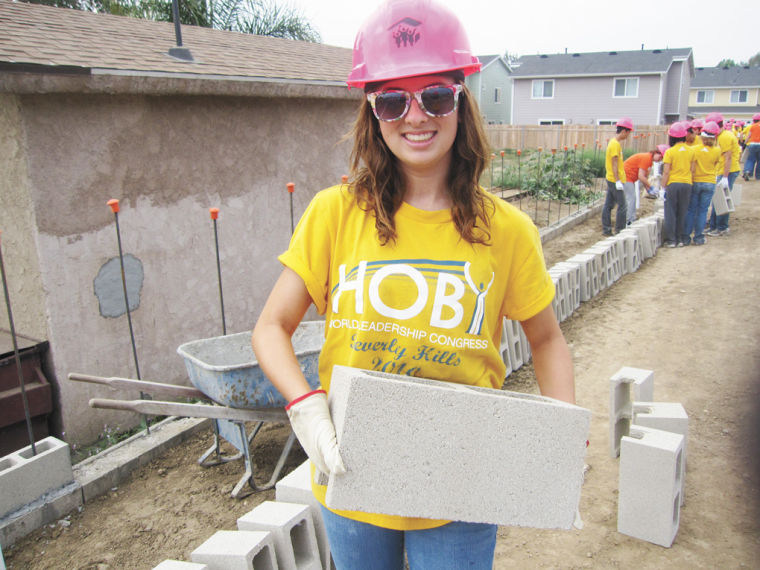 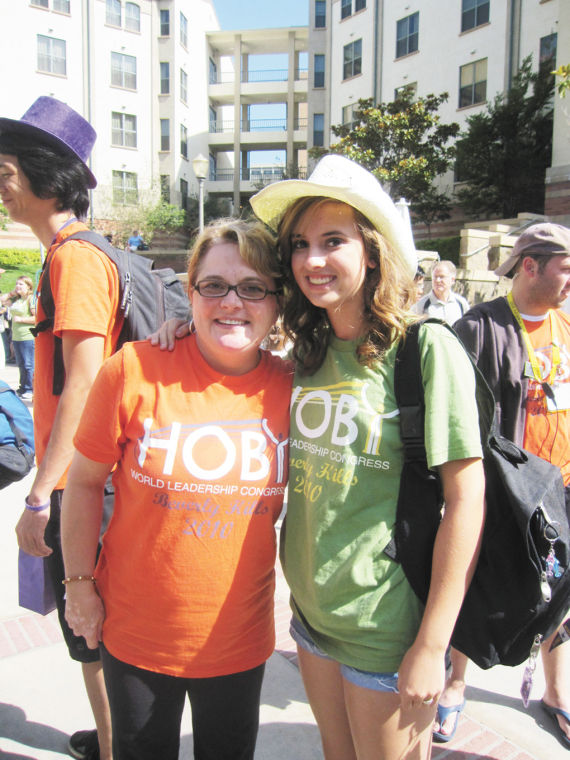 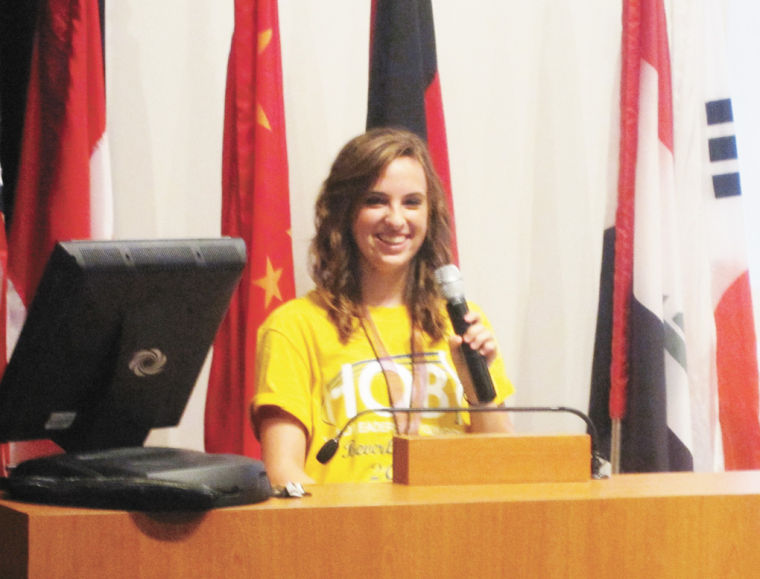 A Blooming Grove student returned from Los Angeles recently after mixing with some of the brightest young minds on the planet at the HOBY World Leadership Conference.

Shelby Beard, 16, won the place to the prestigious eight day event after being chosen by judges from over 200 students at a regional conference at TCU in May.

Founded in 1958 by veteran actor Hugh O’Brian, HOBY’s mission is to provide lifelong leadership development opportunities that empower individuals to achieve their highest potential, according to the organization’s Web site.

Beard, who begins her junior year on Aug. 23, was nominated by teachers at Blooming Grove High School to attend the regional conference in May, in which she wrote essays and was interviewed by business owners.

“It is basically a youth leadership organization and the conference is the main part of it,” said Blooming Grove High School principal George McFarland. “There are a lot of international students from around the world.

“Normally we just nominate one but she was one of two that they sent to the conference this year.”

Beard was one of 10 boys and 10 girls who were picked for the region, five of which attended the L.A. event, held between July 23-31.

She received the HOBY All-star finalist award for qualifying for the conference. She was also given a Certificate of Recognition for Leadership for her eight day participation with other young people from 14 countries including Iraq, the United Kingdom, Germany, South Korea and Mexico.

Beard met Hybrid Apparel brand owner for Pacson clothes, Jarrod Dogan, at the conference. She also got involved with exercises on teamwork, cooperation, community leadership and special programs including work with Habitat for Humanity.

Beard also met one of the producers involved with America’s next Top Model, Anthony Dominici.

“It was 14 different countries coming together to reach a common goal,” explained Beard.

“People from all over the country and the world came to talk about a subject and leadership and we were given the chance to talk to them afterwards and find out what they are doing out in the world as leaders,” she said.

“They knew where they were supposed to be. They weren’t lost in the job industry. They all had a passion for what they were doing and they wanted to share that with us so that we could understand what it takes to make it in the real world.

“We did a United Nations model and we were representatives of a country that we didn’t know much about.  “We represented France.” she said.

“It was such a new experience and I never thought I would do that, and work with people from other parts of the world as well.”

“Doing it was one of the best decisions I have ever made in my life and I have also made friends for life.

Beard is thinking about architecture as a career and also has a big passion for young children and missionary work at her local church.

“She just kept coming back and saying Mom, I am with all these people who will be leading our world in a few years,” said mother Tammy Beard, who teaches Biology at Blooming Grove High.

“We are of course very proud of her. I think its just a phenomenal opportunity for her to be so young and come into contact with so many phenomenal people.”

“It was very eye opening for her to come from a small community like this and meet so many people in a big place like Los Angeles” she said. “She did very well, she is excited.”

Beard is thinking about architecture as a career and also has a big passion for young children and missionary work at her local church, her mom added.