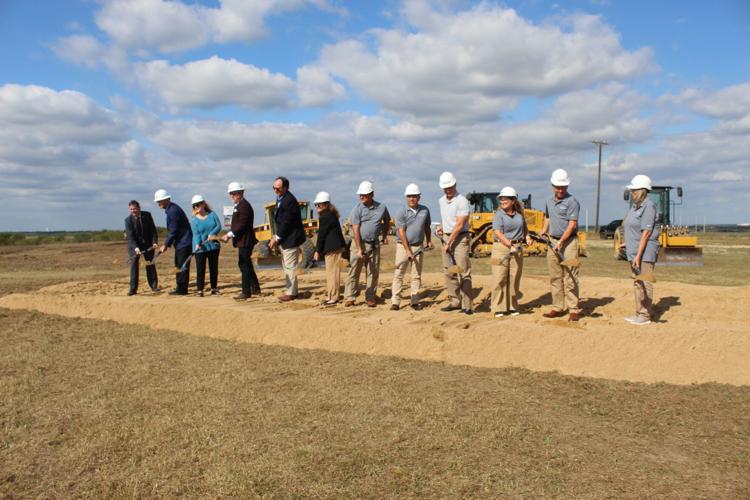 He said the company, which is still progressing with the construction of its new Furniture World Headquarters in the I-45 Business Park, recently announced it had begun the Chapter 11 reorganization process.

“Corsicana Mattress is a good company who has to navigate a few rocky roads,” Denbow said. “They have every intention of retiring some of their debt.”

Denbow also said there is no indication that they are going to go out of business.

“We’re here to help them and we’re going to encourage them,” he said.

Set on 26 acres, the facility would be the first building in Corsicana’s I-45 Industrial Park.

According to a press release by the company, Corsicana Mattress will be filing a proposed asset purchase agreement with an affiliate of Blue Torch Finance, LLC to acquire the company’s assets through a court-supervised auction and sale process under section 363 of the Bankruptcy Code. The proposed transaction is subject to court approval.

Tremco CPG-Nudura Plant manager said the plant is expected to be fully operational in two years with a work force of more than 100. The pay scale will be competitive.

This location marks Tremco and its business partner’s fifth facility.

The Styrofoam form maker received tax abatements from the city, county and college. Tremco CPG has produced wall systems for the Frisco ISD public school projects, which it claims are energy efficient and are a cost savings when compared to other building materials.

M&M Recreation, located on SH 287 across from Guardian Glass, specializes in the production of wood products for the consumer market including “corn hole” or bean bag toss boards.

The company currently produces 1,500 to 1,700 boards per day, which are distributed by Walmart. There are plans to scale up to 2,000 boards per day. The company is looking to expand and those interested are encouraged to visit the location and fill out an application.

Corsicana and Navarro County Director of Economic Development John Boswell, said the city and county remain on the short list for a number of projects. He said that economic development across the state is experiencing a routine slowdown which tends to happen in the summer months, though Boswell said he expects that activity to pick up again soon.

Corsicana Main Street and Chamber of Commerce reports were provided.

Navarro College District President Dr. Kevin Fegan updated the group about the ongoing process to bring a Bachelor of Science in Nursing Program to the Corsicana campus. The college received approval from the Texas Board of Nursing, in June. There are still hurdles remaining but all other steps are occurring on schedule.

A target start date for the program is the fall 2023 semester, with the first graduation occurring in August 2024.

Director of Engineering, Darwin Myers, discussed planning and zoning developments during the month of June. There were several Commercial Certificates of Occupancy granted as well as 111 houses under construction including continued work in several subdivisions.

Myers reported $1.3 million of new construction valuation in June, and $4.78 million so far this year.

Economic Development Committee meetings are held at 9 a.m. the first Tuesday of the month, inside the Nancy Roberts Meeting room at the Corsicana Public Library.