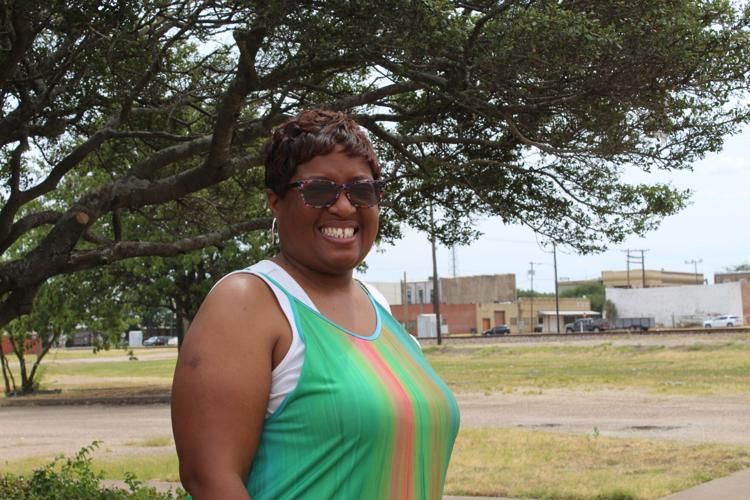 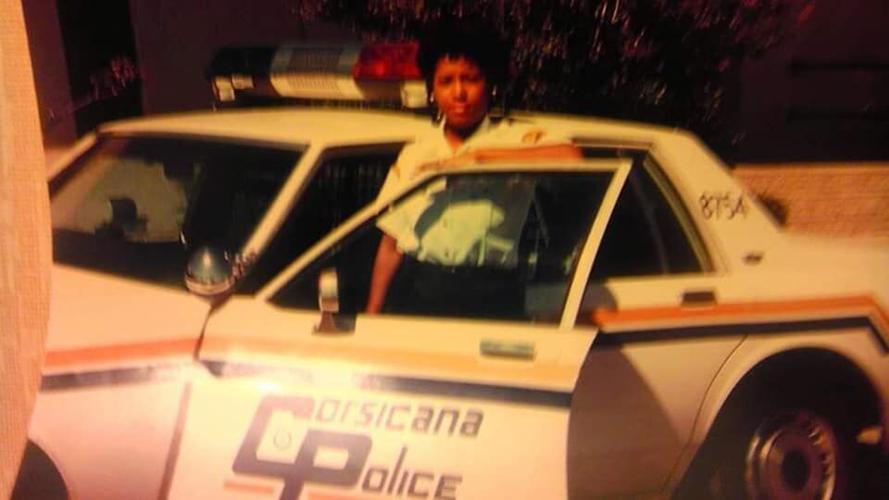 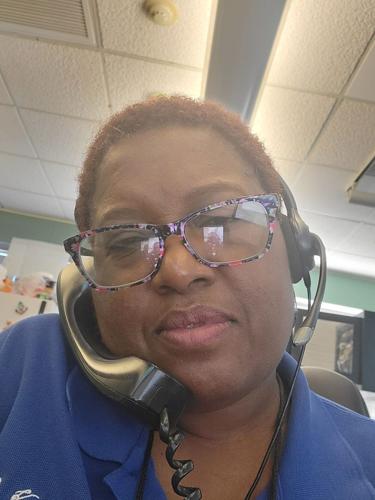 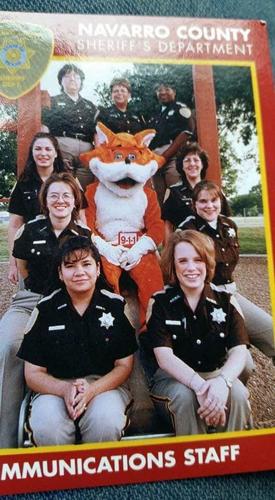 After working a total of 35 years as a police telecommunicator, 21 with DART and the rest in Navarro County, Barbara Kelley recently retired. But the Corsicana ISD school board member and community volunteer said she has no intention of sitting on the sidelines.

Kelley’s family moved from California to Texas in 1981 and she attended Corsicana High School, graduating in 1984. She then enrolled in Navarro College and had the first of her three sons. She has been married to her husband Charles for almost 23 years.

A legacy of law enforcement

Kelley said she was working at the Friendly Store on South Seventh Street when a strong-arm robbery sparked her interest in law enforcement.

“A man came in and caught me off guard and said ‘give me the money,’” she said. “After that I signed up at Navarro College for reserve officer classes and the Corsicana Police Department picked me up from there. I was on patrol so many hours a week until a position came up in dispatch so I started that position around 1991.”

Kelley said at the time there were a couple of women officers and she was made to feel welcome.

“Law enforcement has changed so much because, back then, we were like a family,” she said. “Back then it was pen and paper. We didn’t have as much technology.”

After about five years with CPD, Kelley said her move to the Navarro County Sheriff’s Office came after she received a call from her friend and NCSO telecommunicator Faith Holt-Boyd, a current member of the Navarro College Board of Trustees.

“Faith encouraged me to come to the Sheriff’s Office for a bit more money,” she said. “We knew a lot of the same people. We all grew up together in law enforcement.”

Holt-Boyd said she remembers Kelley as one of her best dispatchers.

“You could always depend on her,” Holt-Boyd said. “She was awesome, and her husband is my cousin so we are truly family.”

When DART formed its police department, a former Corsicana officer working for DART encouraged her to apply.

“We encountered a different set of issues in Dallas,” she said. “A lot of homelessness.”

During her time at DART, Kelley reunited with her friend and former NCSO deputy Brent Thompson, one of the five officers killed during the July 7, 2016 ambush on police in Dallas.

“We worked together and became close,” she said. “The City of Dallas has changed things since the shootings and hopefully something like that won’t happen again.”

School board and community service

Kelley is the longest-tenured member of the current school board after serving three terms. She has never run opposed in an election.

“I always try to do what is best for our district,” she said. “I also understand things are changing in our community. I hope we can get through these changes and people can be open-minded, things are moving fast and our kids are different from 20 years ago, we need to be thinking about now.”

In addition to serving on the school board, Kelley said she volunteers with VOICE, the Mary Peterson Child Care Board, and helps with the Jackson Ex-Students Association.

“I have always been community-oriented,” she said. “They call me Mrs. Community. When people found out I was retiring they knew I would have more time to volunteer and serve.”

Kelley also hosts a podcast called CANA Girl Speaks where she seeks to encourage, inspire, and empower the community by spotlighting local voices and telling their stories.

“One day I decided I wanted to do a podcast but had no idea where to start,” she said. “I reached out to a few people who helped me get started, and it has been trial and error, but I always enjoyed broadcast journalism and took TV and radio classes in high school and college.”

Kelley said the podcast gave her the opportunity to meet new people but it was a good fit for her personality.

“I have never met a stranger,” she said. “I’ve always been the type to get to know people.”

In addition to working for DART during the July 7, 2016 attack on police officers following a peaceful Black Lives Matter protest, Kelley said this wasn’t her first brush with adversity. She was on the job in 1993 when 29-year-old Craig Thomas, a Black man, died while in police custody.

“I was working that day and when I came back from lunch things were weird,” she said. “I was called into the office and asked if I could do my job effectively because I was African-American. It hurt me because they thought I would be biased and couldn't do my job. That whole time period was horrible for Corsicana.”

Kelley said, as a 21-year-old at the time, it really opened her eyes to the Black community's relationship with law enforcement.

“It was tough being an African-American in law enforcement because people would think I was a snitch or a traitor. I couldn’t believe our community was at odds with each other.”

The future of policing, community involvement

“I know we still have work to so,” she said. “But my goal is to make it better for then next generation. I’m not going to dwell on the past but we have to learn from it and move on.”

Kelley said when she went to work at DART, she found the force was a melting pot of people.

“We had white, Black, Hispanic, Asian and gay officers,” she said. “So it was a culture shock for me to go to Dallas and see the diversity. Our kids, who are not growing up with the type of segregation we experienced, are going to change things.”

Kelley said she would also like to see more underprivileged kids participate in the local arts and music programs, something she said was more common in the city.

“I believe we have some young leaders here, we just have to steer them in the right direction,” she said. “I try to look at the big picture. We are going to make things better. We are almost there but its going to happen and I want to be a part of making it happen.”

“It was important for me to make time to both work and serve the community,” she said. “I would get up at 3 a.m, and commute to Dallas to work and come back home and do what I had to do. People who make excuses just aren't making the time.”

“I enjoyed it, even through the ups and downs,” she said. “I hope I did the best job I knew how to do. It’s not an easy job and we are just starting to address mental health. Help was always available for the officers but not dispatchers. It’s hard not taking stuff home."

Kelley said, in the end, she had a fulfilling career as a telecommunicator, sometimes talking to people and helping them through some of the worst times of their lives.