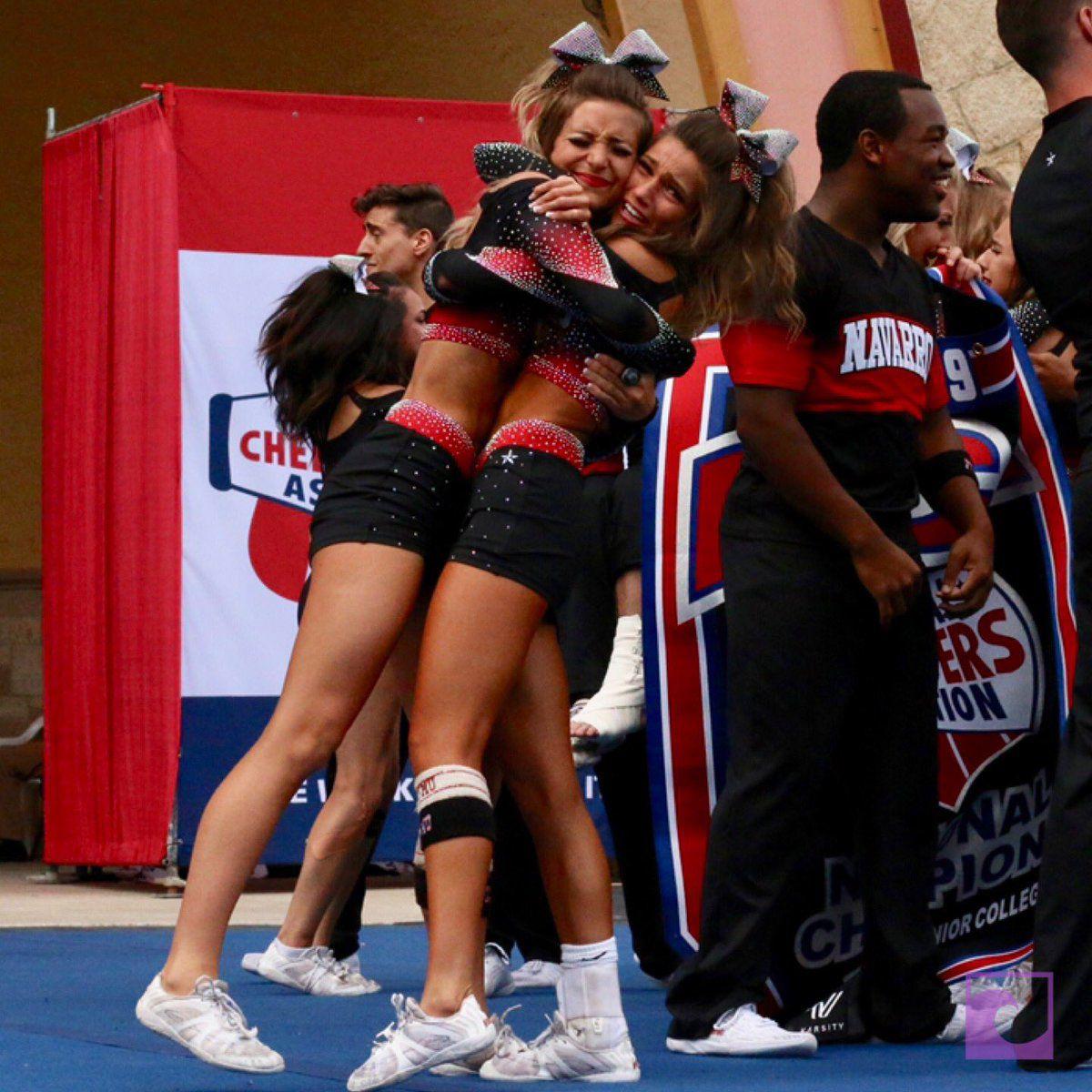 The Navarro Cheer Team once again became the NCA's two-team Coed Junior College Division Champions when they beat out their rivals at Trinity Valley Community College.

“Imagine working that hard for so many days then one of your teammates goes down with fractures to his leg,” he said. “Coach Aldama had to get her team together and get them refocused. The routine was restarted after a 45 minute delay. What Coach Aldama did by calculating how many points we needed in that time of the performance was clutch.”

Coach Monica Aldama said that out of the 24 years she has been coaching she has never faced such a stressful moment as when it came down to the final scoring between the teams.