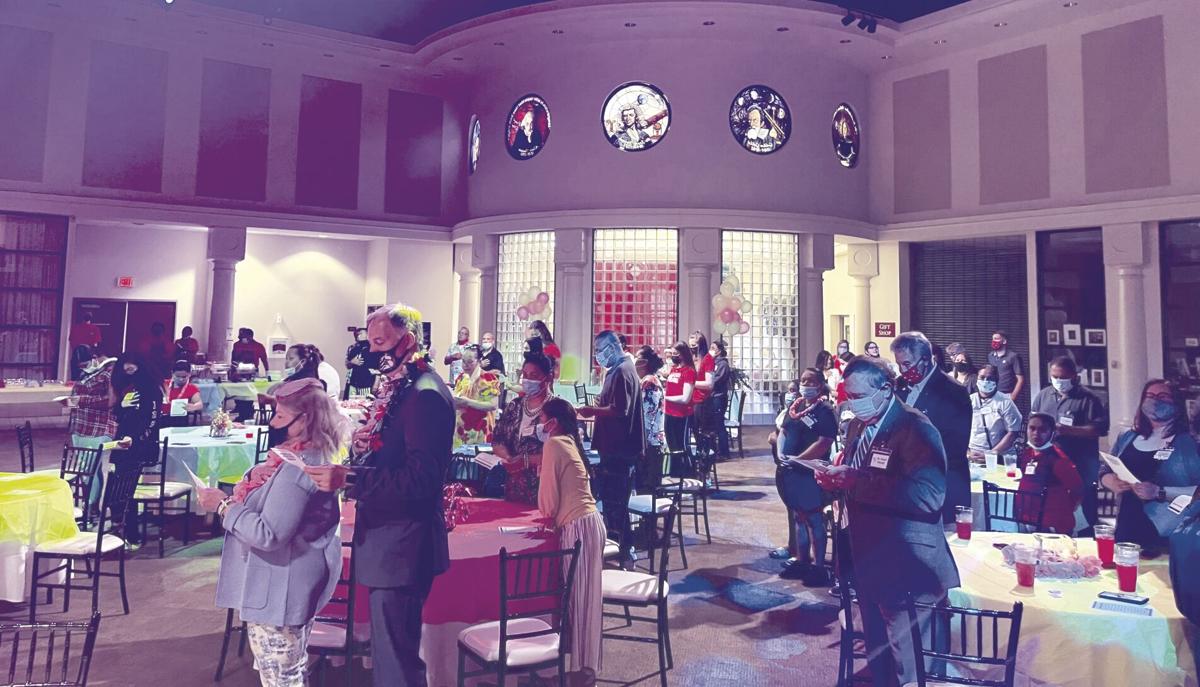 Navarro College hosted the Micronesian Appreciation Dinner March 30 to celebrate the dedication and support given to the college from the community of Micronesian Islanders for over 35 years.

Micronesia is a subregion of the Oceana and is comprised of thousands of small islands in the western Pacific Ocean. Major countries include the Federated States of Micronesia, Republic of Palau, U.S. Commonwealth of Northern Mariana Islands and the Republic of the Marshall Islands.

“It was apparent to Liz and I when we first attended this event that the Micronesian community is a special group of people that embody the vision of Navarro College to be nationally recognized as a higher education institution. They have given back by providing scholarship opportunities for other Micronesians for decades,” said Dr. Kevin G. Fegan, Navarro College District President.

Sina Ruiz, Vice President of Enrollment Management and Institutional Effectiveness, shared the story of how this movement started in 2008 when many Micronesians contributed to the Harold Crouch Micronesian Scholarship by donating their time, cooking, raffles, garage sales, hosting the Labor Day Volleyball and Basketball Tournament, and providing performances and food tasting at the annual Micronesian Festival.

Dr. Harold Housley, Vice President of Operations and Institutional Advancement, announced that the Micronesian Community has raised more than $30,000 and 62 Harold Crouch Micronesian Scholarships have been awarded.

With Bulldog Pride, Navarro College recognizes and thanks the entire Micronesian community for all their dedication, love, and support.

The next community event is the Micronesian Festival that will begin at 5 p.m. Tuesday, April 13 at the Navarro College Clock Tower.

This event is to spread cultural awareness of the different Micronesian islands by providing information, performances, and traditional island food and is free to all who wish to attend.