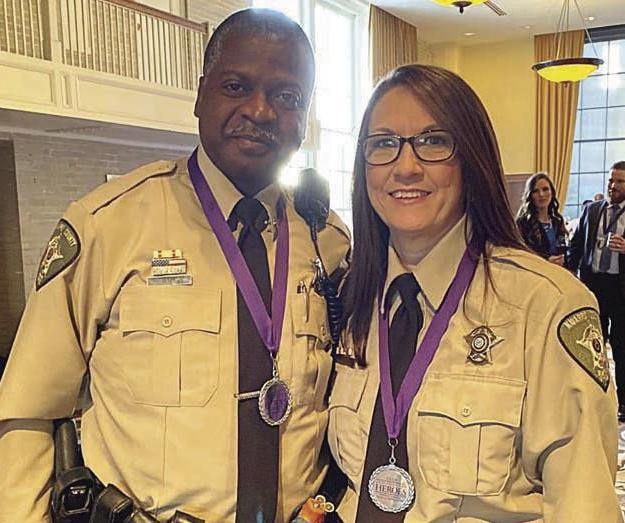 Patrol Cpl. Tyrone Martin and Communications Cpl. Esther Avery of the Navarro County Sheriff's Office were among those honored at an Evening of Heroes hosted by Parkland Hospital in Dallas. 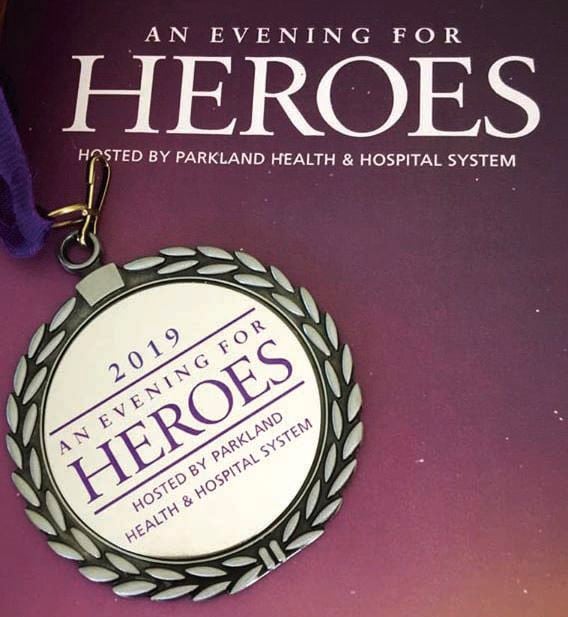 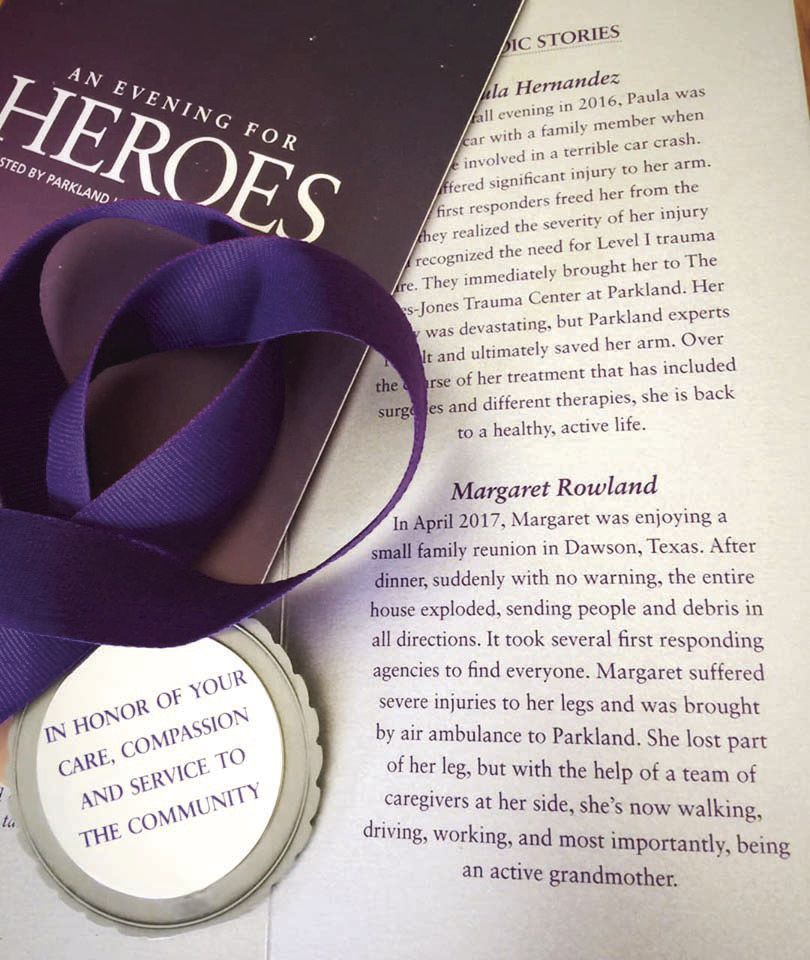 Patrol Cpl. Tyrone Martin and Communications Cpl. Esther Avery of the Navarro County Sheriff's Office were among those honored at an Evening of Heroes hosted by Parkland Hospital in Dallas.

Navarro County first responders attended the inaugural “Evening for Heroes” Nov. 2. The special event, hosted by Parkland Health & Hospital System and Parkland Foundation at Union Station in Dallas, featured patients of the trauma center who shared their stories and honored the teams who cared for them, from first responders and healthcare professionals to rehabilitation therapists.

Among two of the patients featured, Margaret Rowland told her story of the night her life changed forever in April 2017 in Dawson.

Rowland was visiting family when the house suddenly exploded. Many teams of first responders helped care for her and her family at the scene. She was taken by air ambulance to Parkland where the trauma team began lifesaving work. Rowland lost part of a leg, but through the treatment and support of her care team, she is now walking, driving, working and, most importantly, being an active grandmother.

“It was an absolutely first-class event. We were honored to take part, and moreover, we were honored to see that the family was doing well,” said Sheriff Elmer Tanner. “We were blessed and honored to speak with the homeowners at the event. I was very glad to see them and how far they've come in their recovery.”

More than 60 heroes were honored at the event.

“I felt it quite an honor to be amongst the others from that tragic event in Dawson that night. Myself, along with other NCSO officers, Corsicana Fire Department and Dawson Volunteer Fire Department members, sat in the company of the many other first responders, trauma care nurses and doctors who not only had a part in saving Mrs. Rowland’s life, but who save many lives every day with compassion at a moments notice.” stated Sheriff Elmer Tanner.

“First responders and caregivers do not always hear how their patients fared after their care and learn about the impact they make on the lives of these patients and countless others,” stated Fred Cerise, MD, MPH, Parkland’s President and CEO. “An Evening for Heroes was created as a way to honor first responders who work beyond the walls of our trauma center to save lives as well the dedicated trauma experts who work within The Rees-Jones Trauma Center at Parkland.”