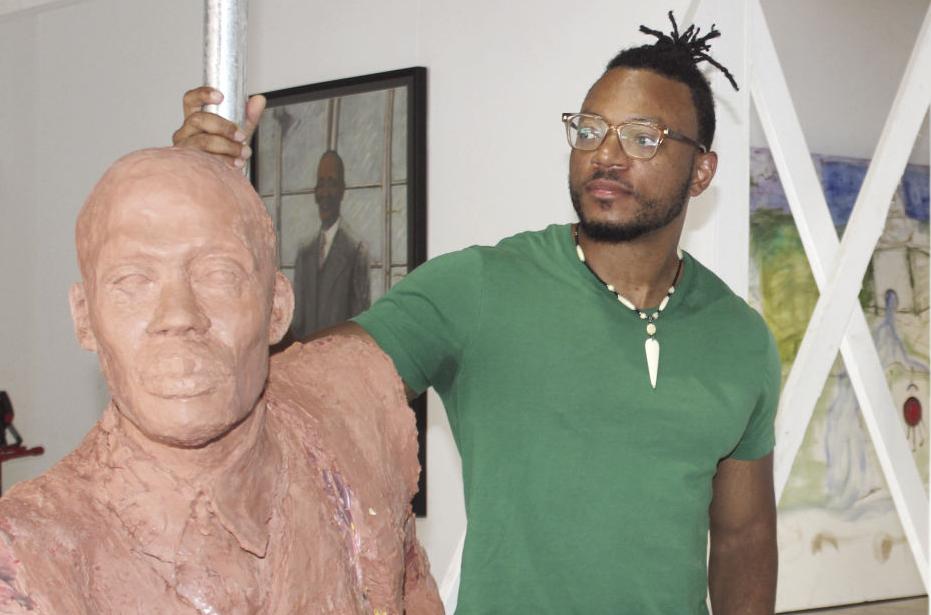 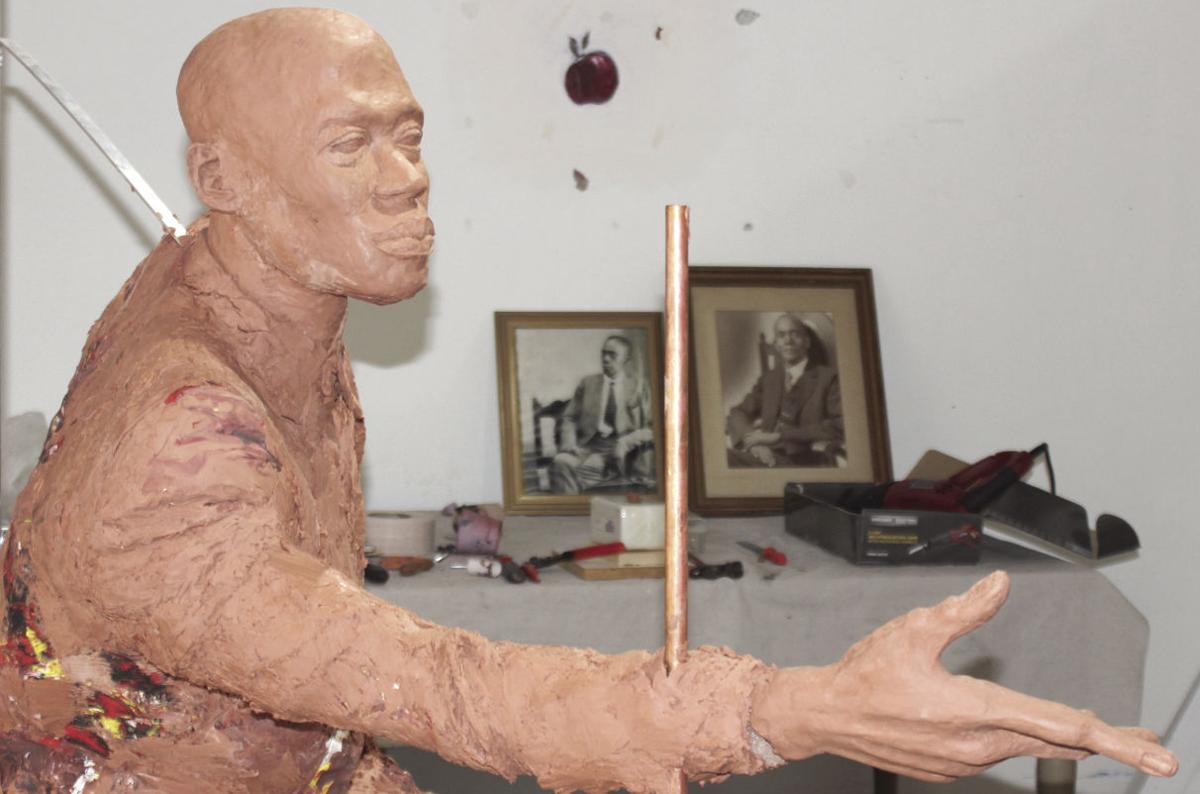 G.W. Jackson was an educator and leader of the African American community of Corsicana, whose life was dedicated to the education and betterment of all. A published author of African American Education in Texas, he served as principal of the local school that shared his name from 1881 to 1927.

The finished statue, part of the society's Legacy Project, will be cast in bronze and installed at Jackson's former homesite at 705 Martin Luther King, Jr. Blvd. in Corsicana.

Recently, Evans provided a sneak peak of the memorial statue from his workspace inside Nancy Rebal's downtown studio, where he is busy finalizing the artwork to be cast in bronze and seated where Jackson's home once stood.

When the Society began its search for the perfect artist, board member and artist Rebal, known for her work sculpting the bronzed wolf featured on the Wolf Brand Chili statue downtown, discovered Evans' artwork in Dallas galleries, where his featured pieces displayed his impressive talent for capturing human expressions.

“I saw his work and felt his passion for what he does,” Rebal said.

Joe Brooks, a board member and former principal in Frost during the schools' integration, said he was also struck by Evans' passion and ability to artfully depict his subjects.

“He had a spirit,” Brooks said of Jackson. “This piece will show that. It's about a man and his dedication and hard work for his community. It's wonderful to do something of this caliber and character.”

Evans, a professor at the prestigious Rhode Island School of Design in Providence, Rhode Island, traveled to Corsicana last summer to meet with board members and learn more about G.W. Jackson.

Working off old photographs of Jackson, combined with his own sketches and intuition, Evans also spent time speaking to those who were impacted by Jackson's legacy to craft his likeness.

“It's the idea of who I'm leaving it with,” he said of his connection to the project.

“I wanted to come and have this conversation with folks who live here to see how they feel about this being here, in your space, and it being here indefinitely.”

When asked whether he found it difficult to part with his artwork, Evans recalled a mural he painted in Sudan two years ago and the realization that he would be leaving all his hard work behind.

He explained the experience gave him a better appreciation of what his artwork means to the people who ultimately inspire its creation.

“In that sense I've already had my mind fixed on the idea that it will stay here and mean something,” he said.

Evans said when planning the mural he began with his own ideas, which quickly evolved, becoming more representative of those he was creating the art for.

Similarly, his original plans for the G.W. Jackson sculpture developed as he learned more about the man whose legacy left a lasting impact on his community.

Inspired by the stories of those who knew them, Evans said he gained unique perspective into the project after meeting with former students of G.W. Jackson School.

His depiction of Jackson represents his signature style, utilizing subtle gestures to imply lifelike movement and expression, while capturing the essence of a man who helped shape the lives of so many.

Evans has even added a few “easter eggs” to the sculpture, paying special tribute to the history of black education in America.

Originally from Houston, Evans earned a Bachelors of Fine Arts from the University of Missouri before relocating to the Dallas area to continue his studies at the University of Texas at Arlington. After completing his Masters in Fine Arts, he began teaching at UTA while continuing his artistic journey.

Since then, Evans has won numerous awards, and his artwork has been displayed in gallery exhibitions throughout the United States, with collections housed at The Wright Museum and the Sudan University of Applied and Fine Arts.

“If you're able to see well enough, and make that connection, then you can do anything,” he said. “Drawing is one of the quickest ways to make that translation.”

Evans himself works in many artistic mediums, but said sculpting allows him to best capture the intricacies of facial expressions and movement.

“I love the challenge of not just drawing or painting any one figure, but how well can I depict the psyche of that person – what they're thinking an feeling,” he said.

Evans described his main subject matter, the human body, as the best metaphor for the world we live in, representing the smallest parts of ourselves that ultimately make the greatest difference.

Evans' work will be completed at the end of the month, but he said he plans to return to Corsicana to see the statue installed.

The society will host a free event, “Come Together for Art…on Beaton,” from 4 to 7 p.m. Thursday, June 25 on North Beaton Street. The community is invited to meet Evans and view the statue before it is bronzed.

There will be music, food trucks, and conversation about the arts movement, with social distancing measures in place.

To contribute to the Legacy Project, donations may be mailed to the G.W. Jackson Multicultural Society, Inc. at PO Box 1026, Corsicana, TX 75110. An account has also been established at Community National Bank & Trust of Texas.