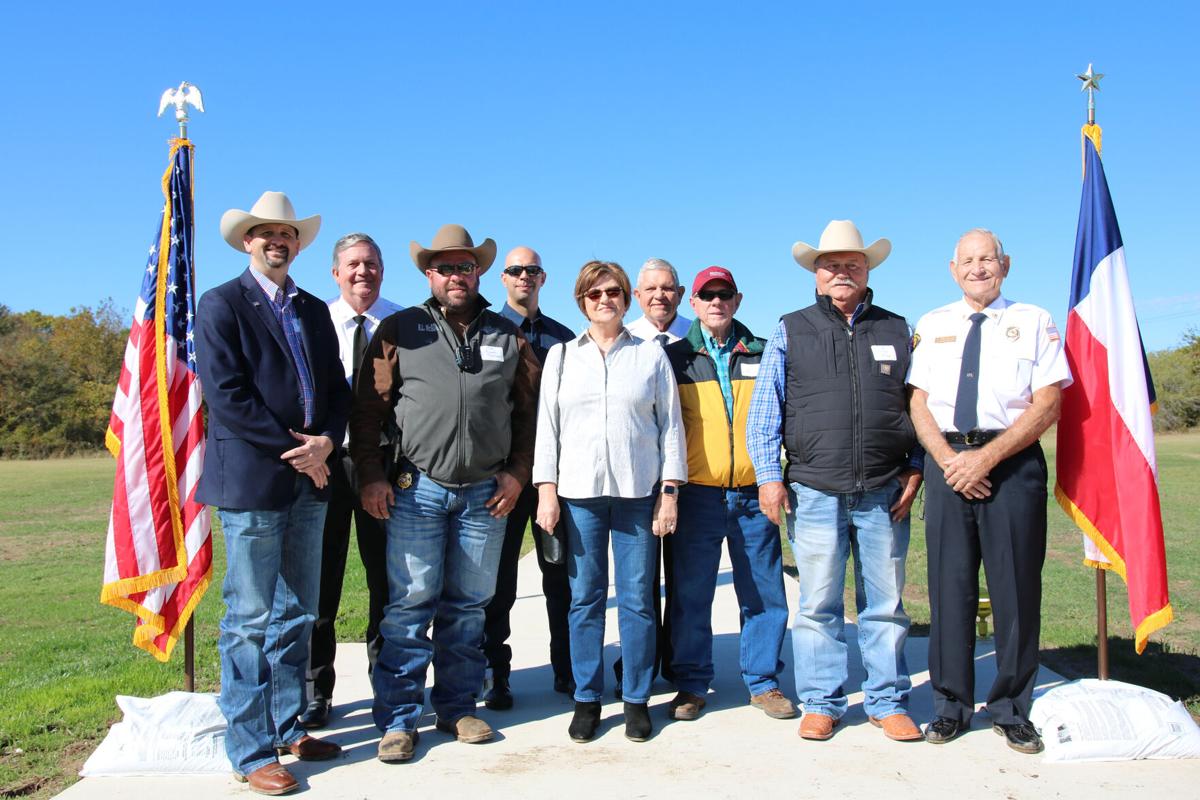 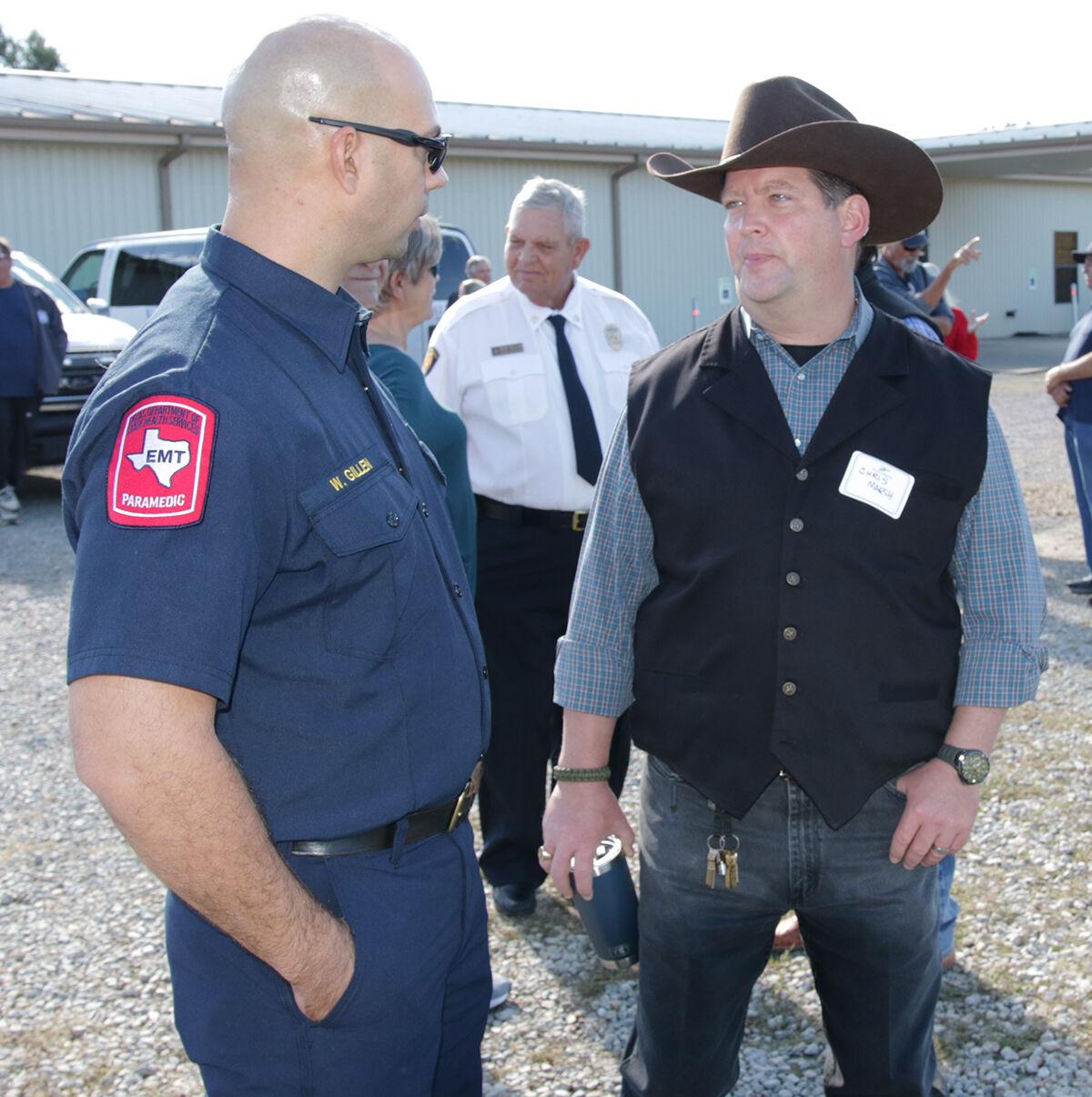 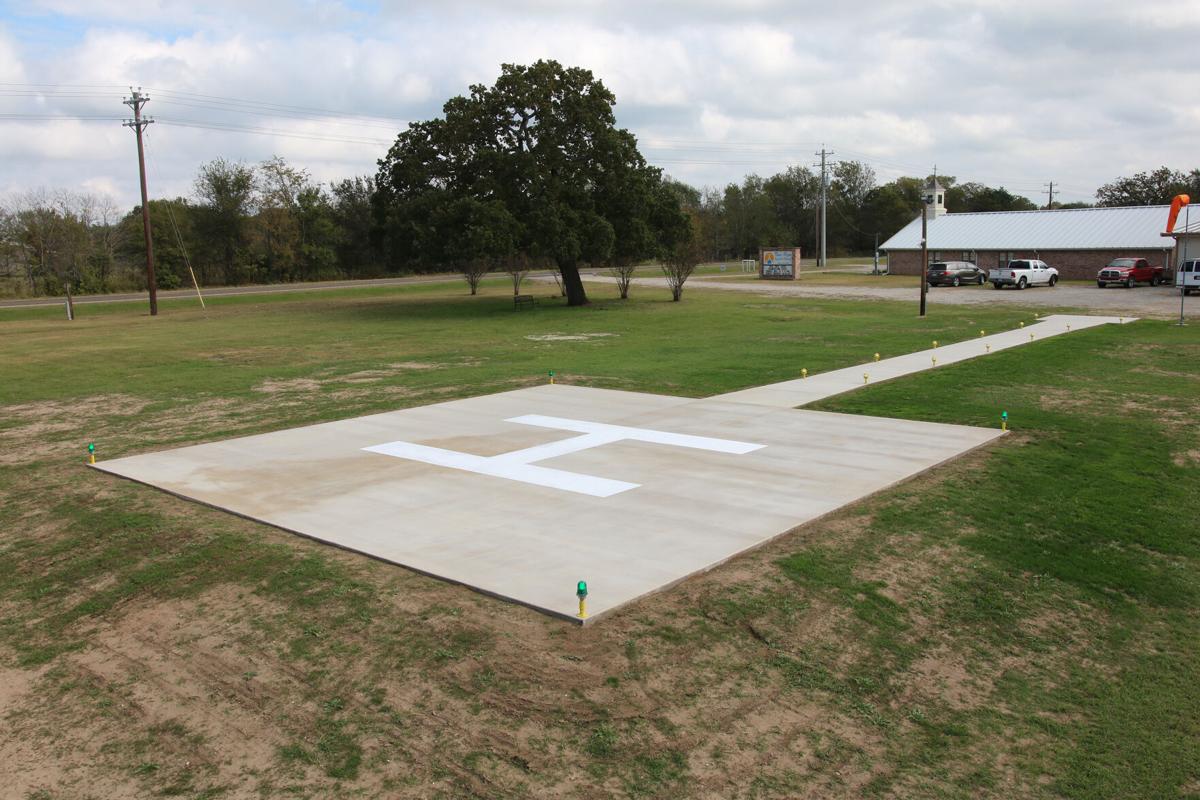 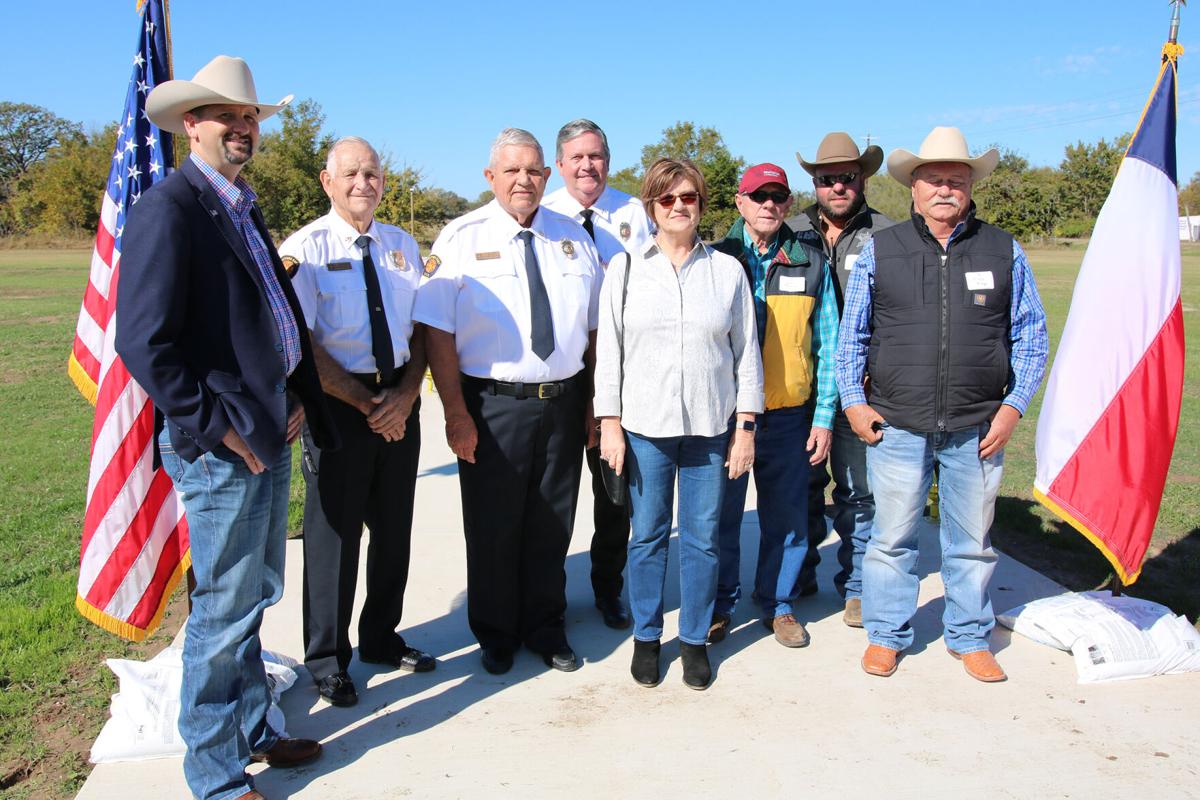 Southern Oaks Volunteer Fire Department applied for and received a $3,000 grant from the Navarro County Electric Co-op to be used toward building a 40 foot by 40 foot lighted, concrete helicopter landing area.

The department hosted a dedication ceremony Nov. 11, which included a brief program as well as a chance for area residents to take an up-close look at the new helicopter pad.

After many years of making do with rough ground, sometimes muddy and never adequately lighted, the SOVFD was proud to announce the FM 416 Landing Zone at New Hope is officially completed. The lighted, concrete landing zone will be used by Air-Evac, PHI Air Medical and all other emergency helicopter services.

“This area just west of New Hope will be one of the best landing zones in the entire area. The area next to the Fire Station is smaller and trees would have to be removed to make an adequate landing area. The New Hope area is perfect for our needs,” Fire Chief Van Wagnon said.

Use of the land for the emergency medical helicopter landing pad is being provided by New Hope Baptist Church. Several major donors contributed significant and numerous smaller donations were made by residents from across the area to make this project possible.