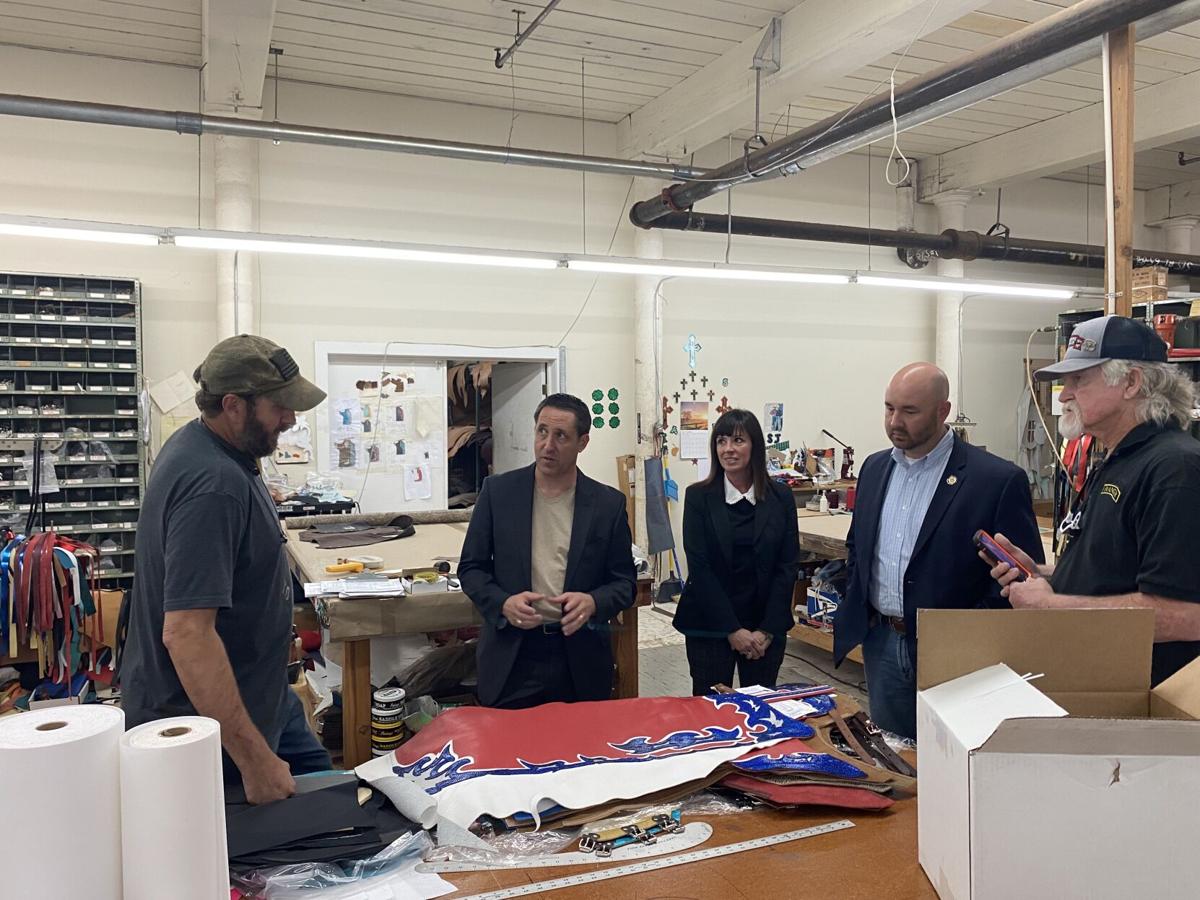 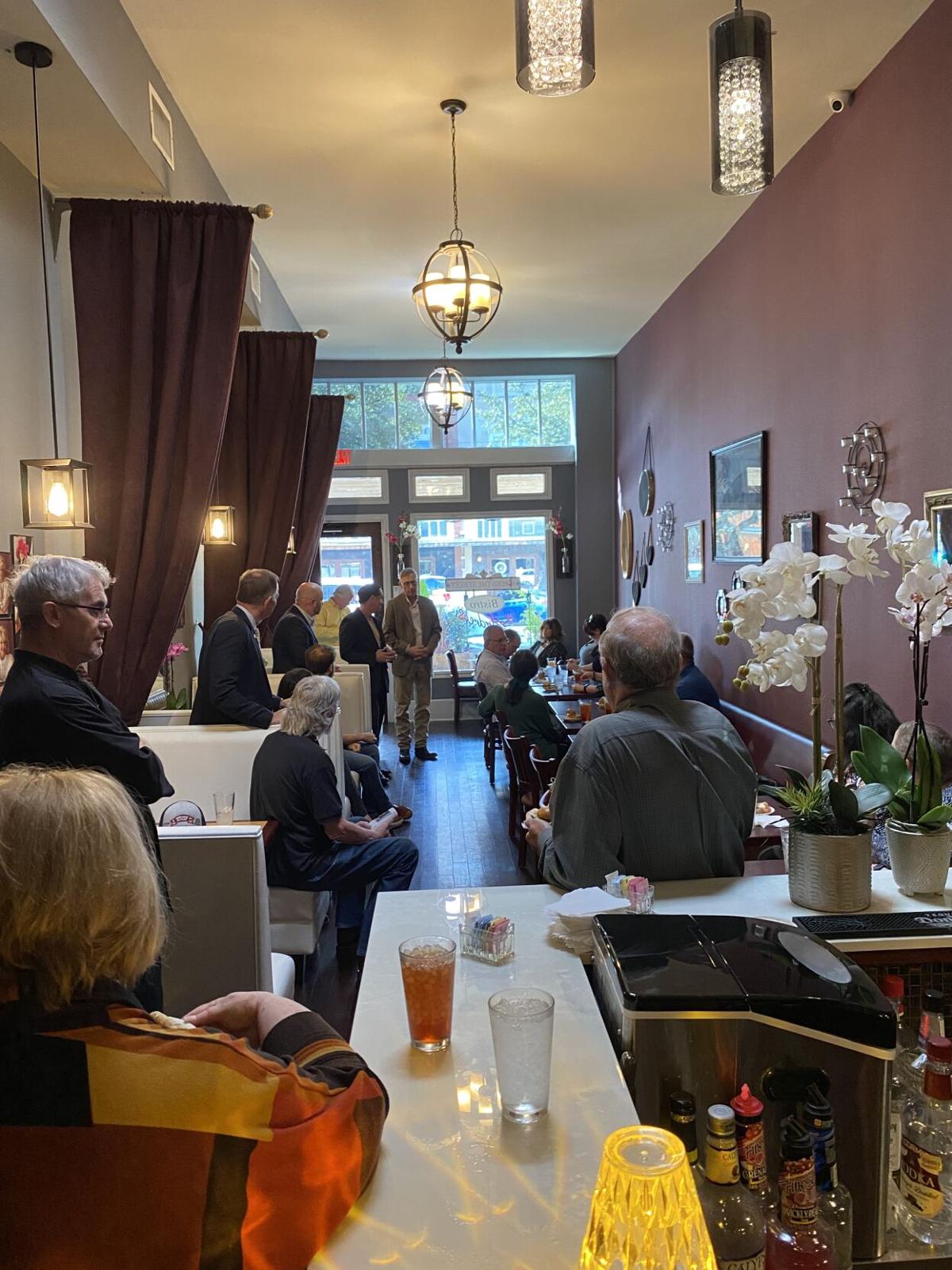 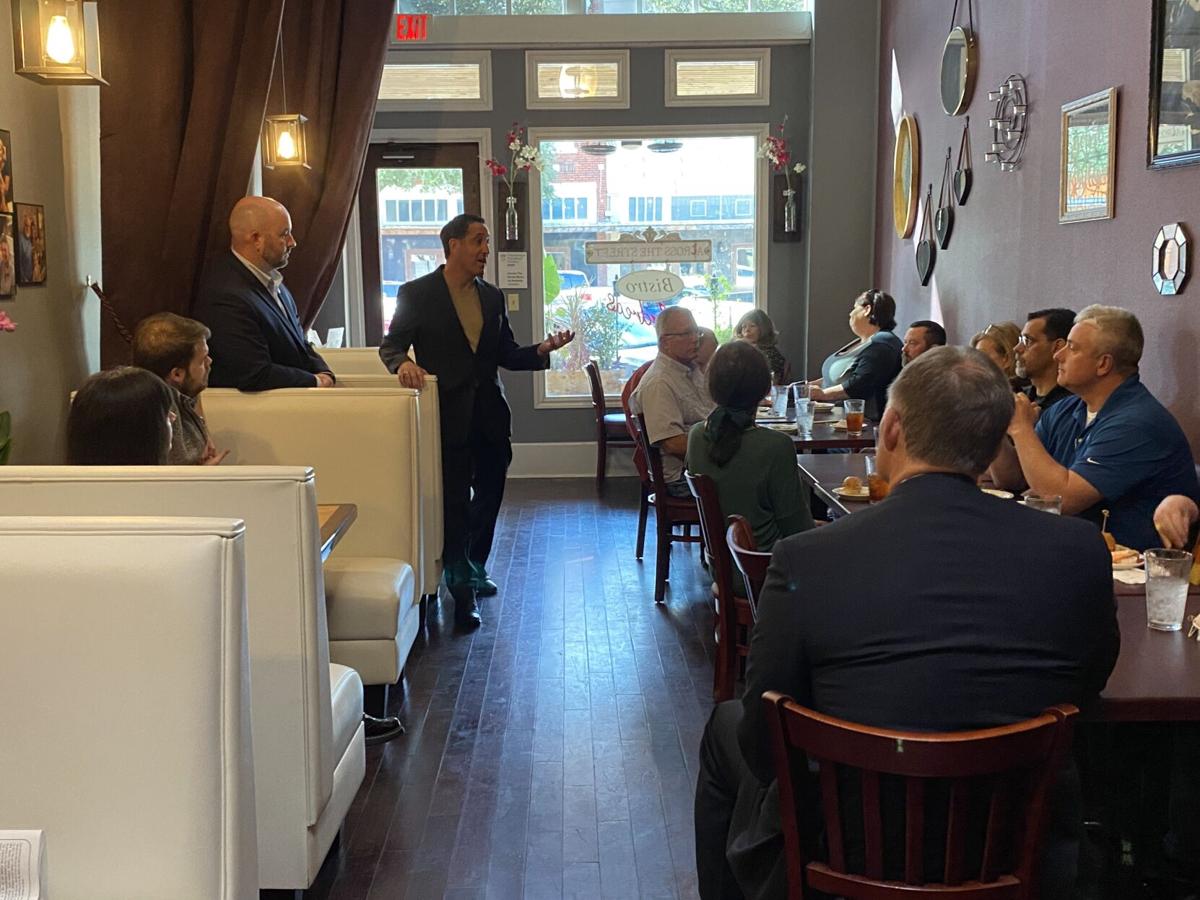 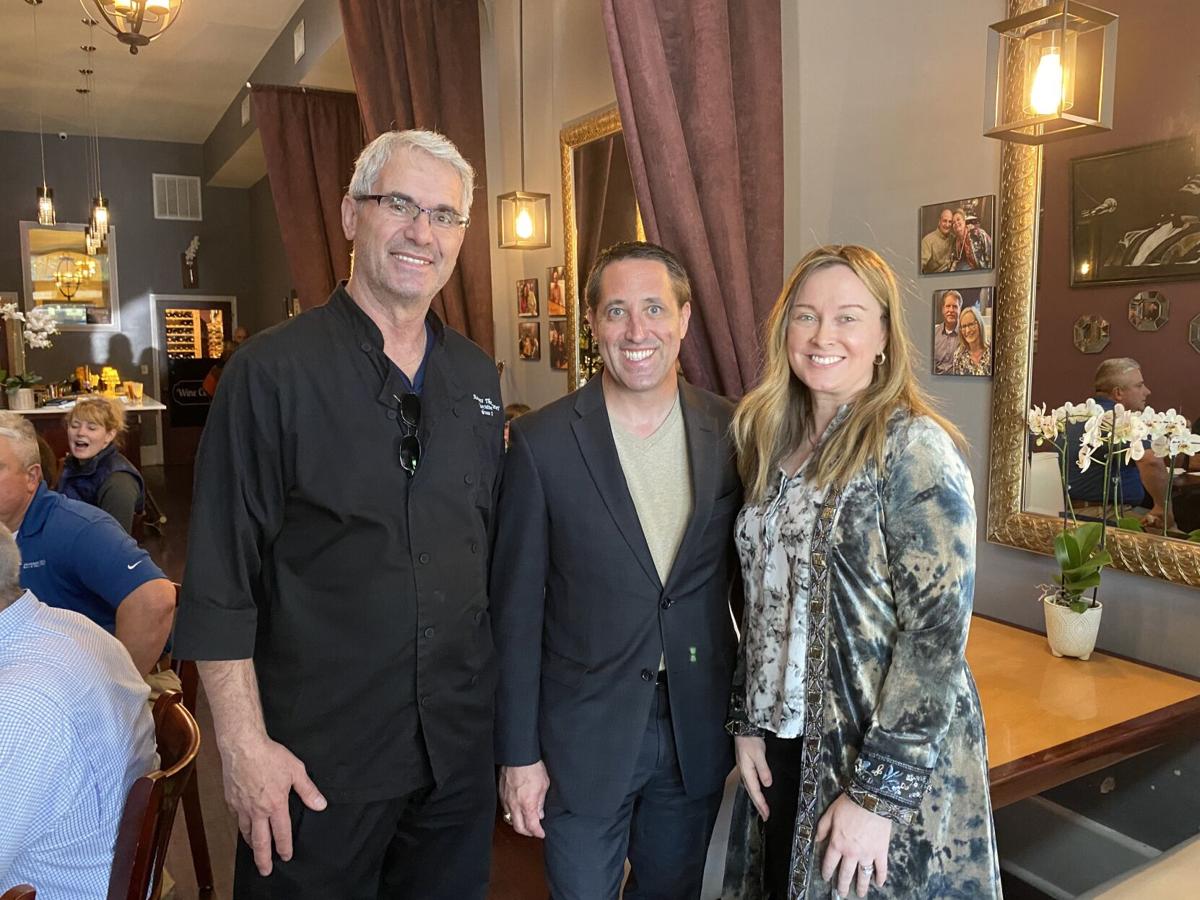 He was joined by state Rep. Cody Harris who represents Navarro County. Harris announced his bid for re-election this week.

“Cody is a workhorse in the Texas House,” Hegar said.

Hegar said that he likes to use the time the Legislature is not in session to get a feel for what is happening across the state.

He was first elected in 2014 as State Comptroller of Public Accounts. He told the crowd that as the Chief Financial Officer of the ninth largest economy in the world, he oversees in excess of 3,000 employees.

The former state legislator’s other responsibilities include being the state's tax collector, running the treasury, and overseeing the budget. Recently, his office was also tasked with implementing broad band internet across the state because internet access has become a key issue in economic competitiveness.

Hegar said he likes to travel and meet with business owners across the state’s 254 counties.

Hegar discussed how the last two years has been difficult for businesses and that the pandemic has cost business owners, and the state, billions both directly and indirectly.

“Our office helped stabilize businesses during COVID, working with many one-on one, so they could stay open and remain on the tax rolls,” he said.

He noted that the oil and gas industry is like icing on the cake, but the state’s number one industry right now is financial services.

The former state legislator mentioned that supply chain issues are a threat to the Texas economy’s continued growth.

It was tempting to say “thank you, but no thank you” to Federal dollars, he said, but it is difficult to turn the money down when people need the help.

Navarro County is in line to receive $7.9 million in American Rescue Plan funds.

Hegar discussed green energy, and how the country’s energy independence has been affected by the Biden Administration’s policies.

“It’s naïve and impractical to stop all petroleum uses,” Hegar said, though he agreed that economic strength is tied to diversity.

“Solar and wind are not viable without the tax incentives. Several companies are reputable, others are not,” he said.

Texans have a lot of private land, but once the infrastructure is there it’s more feasible, according to Hegar.

He promised to come back to Navarro County and to keep Texas strong.

The sixth generation Texan, husband and father of three teenagers told the crowd he isn’t interested in taking credit.

“I’m all about getting the work done,” Hegar said.