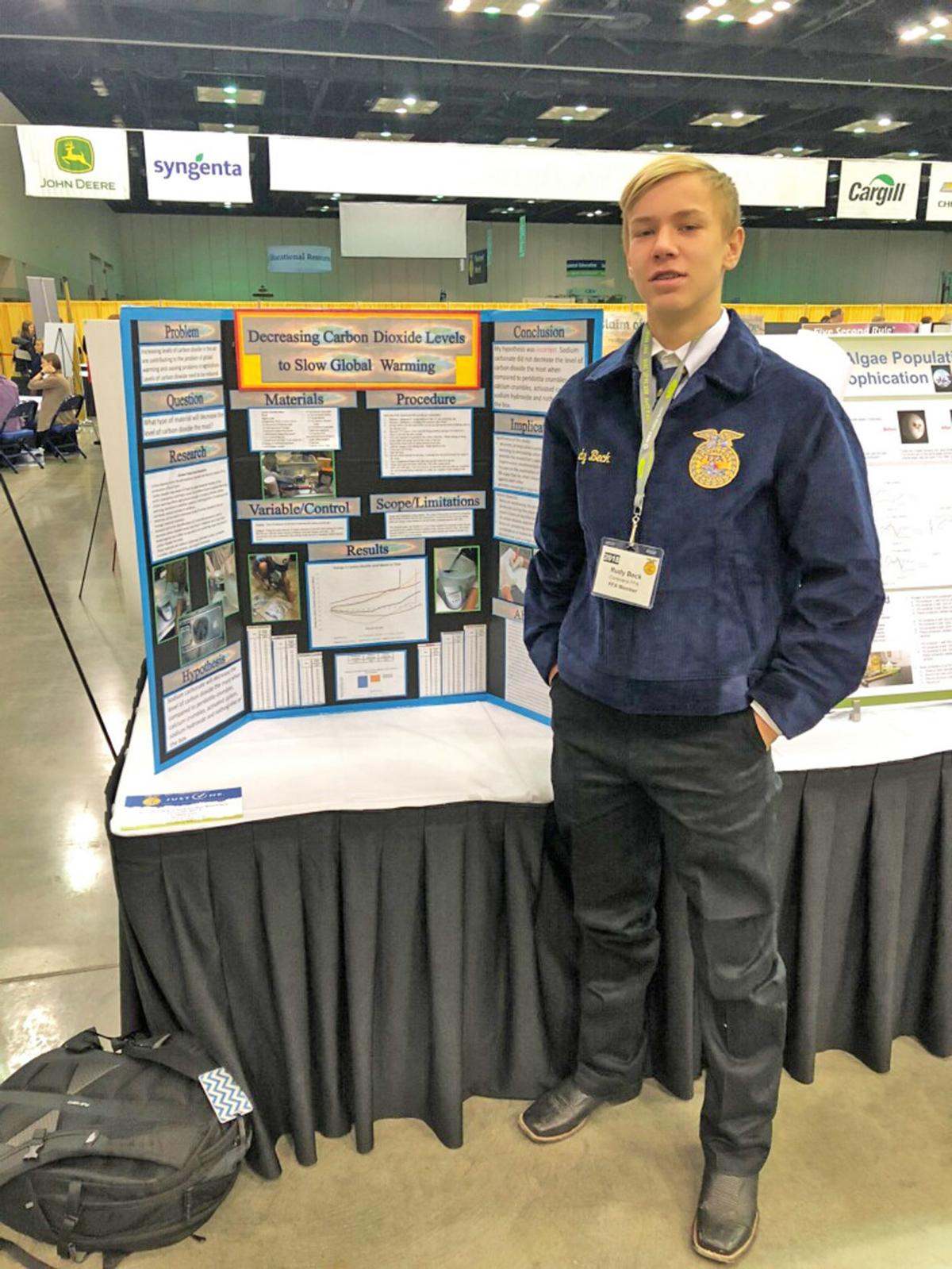 Courtesy photo Rudy Beck with his presentation at the FFA competition in October in Indiana. 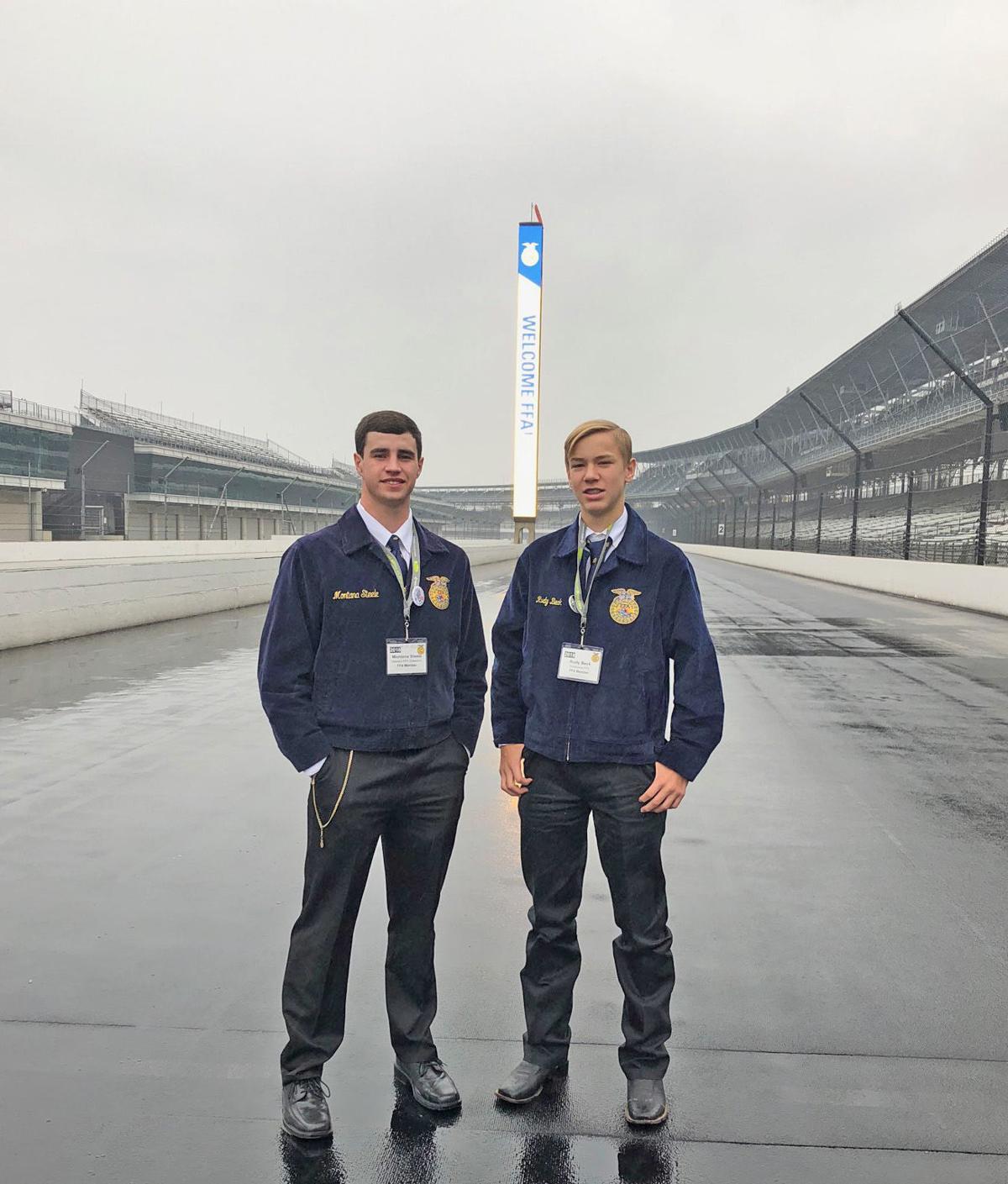 Courtesy photo Montana Steele (left) and Rudy Beck (right) are both FFA members and got special access to the Indy 500 race track at their recent competition in Indiana. 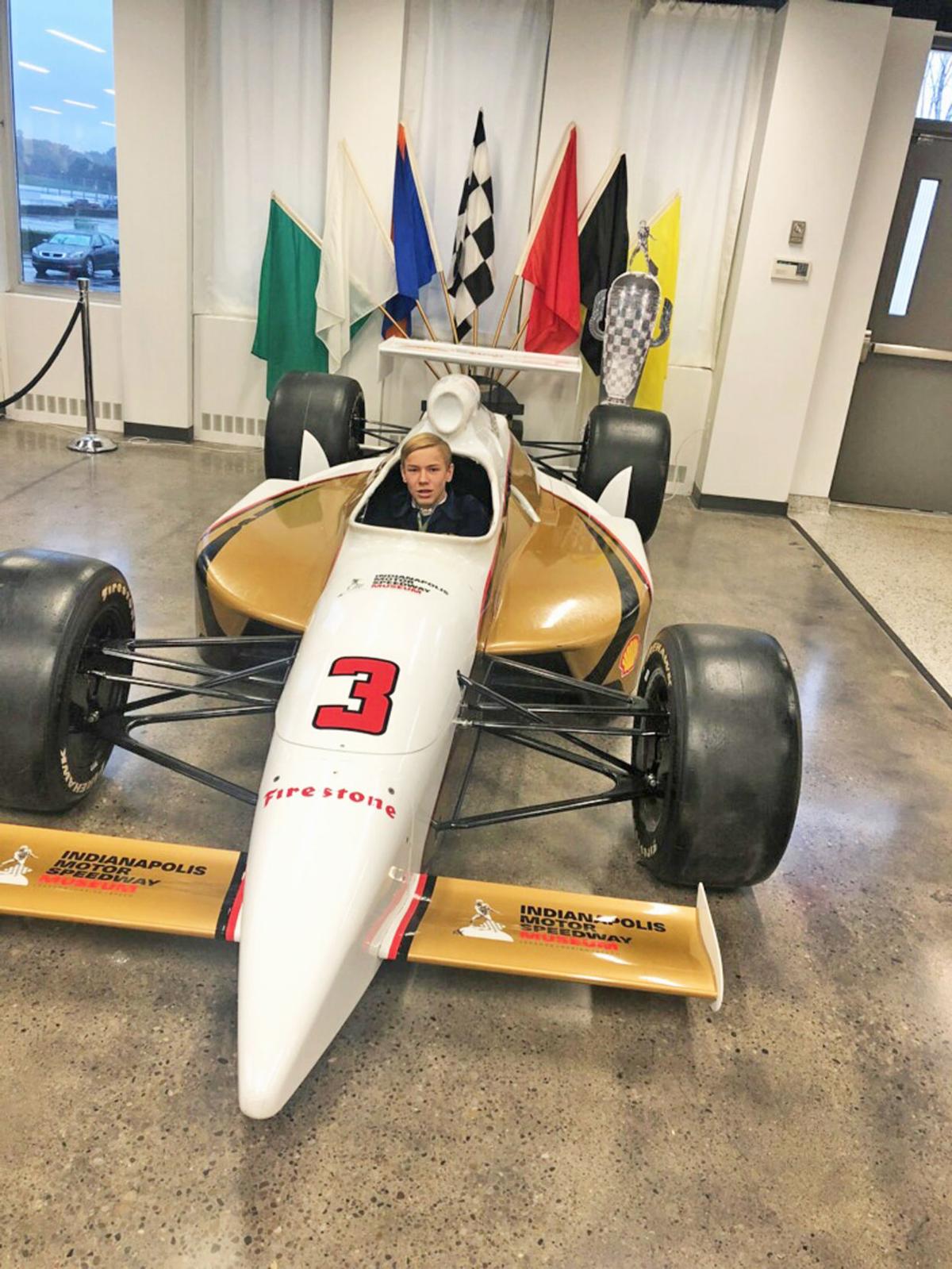 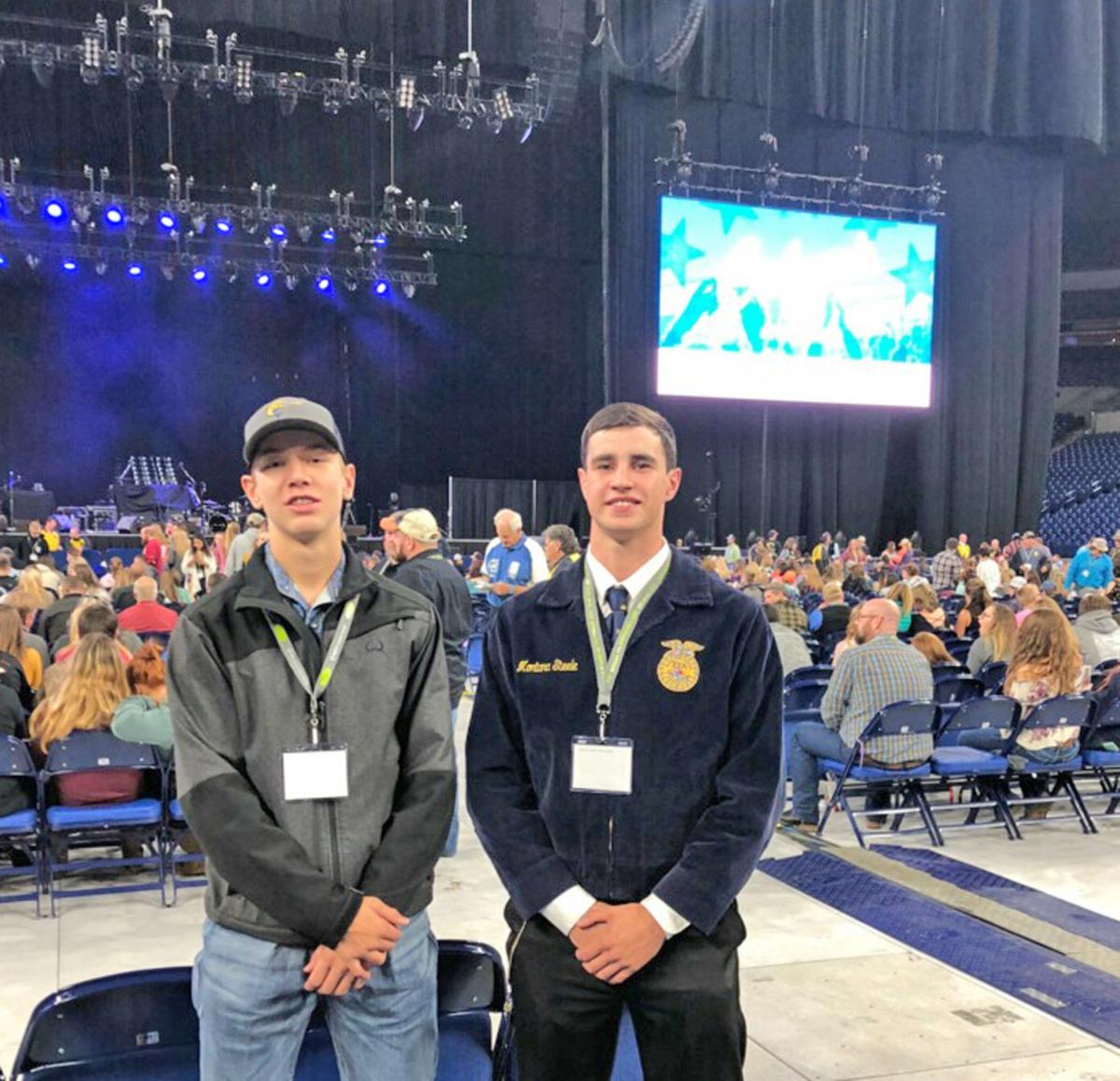 Courtesy photo Rudy Beck with his presentation at the FFA competition in October in Indiana.

Courtesy photo Montana Steele (left) and Rudy Beck (right) are both FFA members and got special access to the Indy 500 race track at their recent competition in Indiana.

The future of the youth and the Earth have far more in common than meets the eye. In the National Future Farmers Association, the idea of farming is only a small piece of what the organization stands for as a whole. They look to educate anyone, not just product farmers or those looking for a career in agriculture. Students, teachers, business owners, doctors, scientists and beyond make up the members of the growing ideals on which the group has built its values: personal growth, education and success.

Rudy Beck, one of many young adult FFA members, has begun his own path to success through the organization. Beck recently competed in the National FFA Agriscience Fair in Indianapolis, Indiana in October.

“The national competition was an amazing experience,” Rudy said. “Being able to meet and compete with others across the nation has been life-changing.”

The competition brings together members of FFA to present projects based on the ideas they have created to a panel of judges. The concept of the projects are to create a product, a thesis or plan to better the world of agriculture and make a sufficient, as well as eco-friendly, solution possible in that process.

Rudy had been investigating the use of different substances to help remove carbon dioxide from the air to help reduce the problem of global warming. Global warming has huge negative effects on agriculture, and the increase in engines on the road and industry have drastically increased the carbon dioxide levels. Seeing this as an issue for the future farmers, Rudy had the idea of finding an alternate fuel source that had cleaner and less emissions.

His idea was to find a substance that could be used on the tops of buildings or possibly at the source to decrease the carbon dioxide levels. One thing that worked well in his experiment was the periodite rocks that come from the Earth’s mantle. He then learned, through trial and error, that crumbling the rock has a higher rate of carbon dioxide removal.

“This program has been amazing for Rudy and has helped him come out his shell more than I ever could have imagined,” his mother, Shari Beck said. “He has always been interested in hunting and fishing, then he came into contact with the right teachers and joined the program.”

Rudys love for science began at Sam Houston Elementary when he presented a project at the annual science fair. He then enrolled in the advanced science course in sixth grade and was required to do a project and he chose to do his on petrified wood.

He enjoyed the process of experimentation and creating so much that it caught the eye of former Ag teacher, Brittany Skinner. She then encouraged him to get involved in Junior FFA and start competing in the Agriscience fair. This fair is a competition hosted by each of the major livestock shows based on the FFA rules that are used at the State Competition Levels. It allowed Rudy to become more comfortable with the requirements of the competition and get a feel for future presentations.

Miranda Johnson was also an influence who helped Rudy with public speaking and developed his skills so he would be able to deliver his information with confidence and ease. He was also a part of Larry Acock’s agriculture show team in seventh and eighth grade, and this helped his interest in agriculture to grow and added to his public speaking experience. Now that Rudy is in High School, Johnson has continued to encourage and support his involvement in Agriscience fairs and take him to these competitions.

“We are beyond thankful for so many teachers who have helped get him to this point,” Shari said. “The improvement we have seen in his skills, and his confidence, is incredible.”

While the competition has allowed for Rudy to travel and experience new adventures, he is always looking for constructive criticism and ways to alter his ideas for the better.

“This most recent trip has motivated me to improve on my project for next year,” he said. “Now, having an idea of the types of questions that come at this level of competition, I can be better prepared.”

The competition to some may seem based on one single aspect of agriculture but the concept is so much more than that. The utilization of science, math, English, public speaking, computer and reasoning skills are all components of the overall project. Students follow the scientific method to carry out an experiment to test their hypothesis. Then, the use of math skills to collect, interpret and analyze data, then validate the conclusions made. Student’s English skills are used to write up a detailed report of the project and include citations on the research. The research skills are used to know what has been done related to the project, where the gaps in research might still exist. Students then use computer skills to create a display board along with data tables and graphs. Finally, their speaking skills come into play as they present their project to a panel of judges and answer questions.

“I am not a science guru, but the Agriscience fair builds so many skills that will be helpful to my future,” Rudy said.

After achieving so much success, Rudy has become a prime example of what hard work and dedication can bring through the FFA program. The ideals of a healthier future to keep agriculture alive and well affects all of us, not just farmers. The concept of making systems eco-friendly puts food on the table for many generations to come.