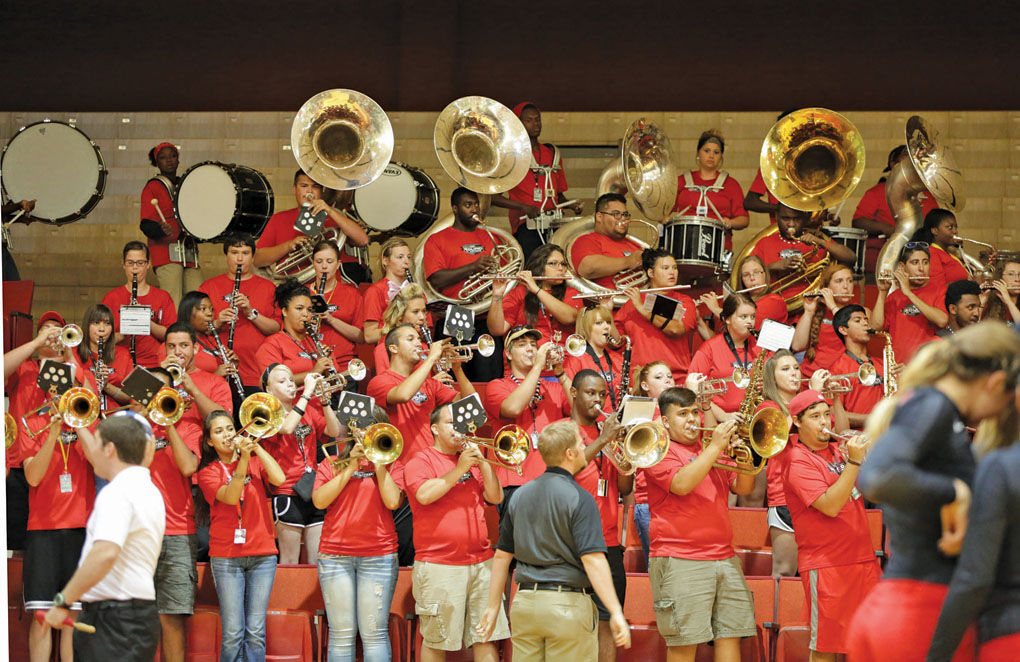 Courtesy photo - The Navarro College band is on the 'grow,' adding students, accumulating instruments and aspiring toward new uniforms. 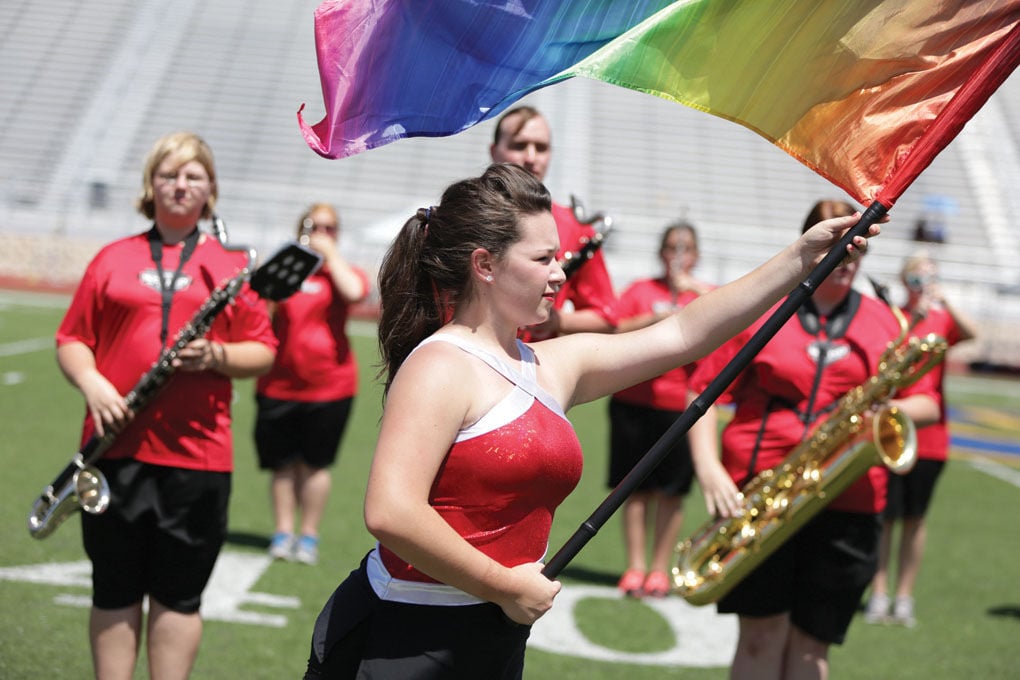 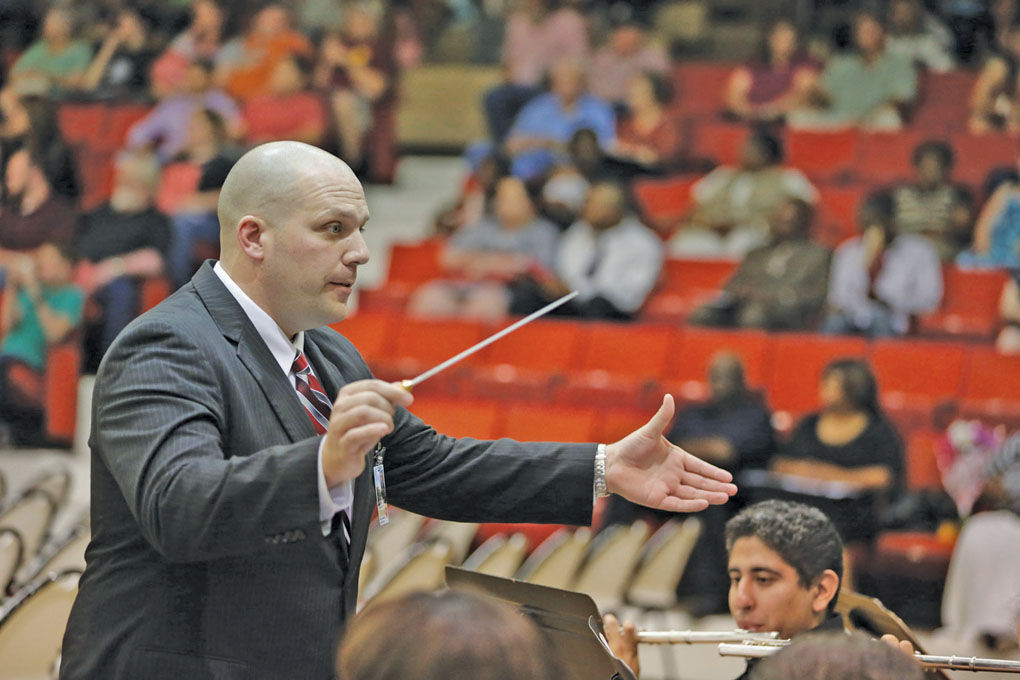 Courtesy photo - Jerry Whorton conducts the Navarro College band at a recent event at the K. and Ida Wolens Center on the college campus.

Courtesy photo - The Navarro College band is on the 'grow,' adding students, accumulating instruments and aspiring toward new uniforms.

Courtesy photo - Jerry Whorton conducts the Navarro College band at a recent event at the K. and Ida Wolens Center on the college campus.

The Navarro College band has taken on a new life and a new spirit.

An infusion of new leadership in February 2014 in the form of Jerry Whorton was one important step. He came as part of a package deal with assistant marching director Joshua Buckrucker, who graduated from Washington State University with his masters degree, and arrived June 1, 2014. He is also the director of concert bands.

Whorton grew up in Palestine, and attended Westwood High School there.

“It’s a very similar town to what we have here in Corsicana; very pretty town, everybody knows everybody, and everyone supports your efforts,” he said. “This has been a God-send to me, and to my family, and to the students at Navarro.”

Whorton came from a family of educators, with a heavy emphasis on music. His brother is the band director at Kerens, and has been involved with Kerens Independent School District off and on for the last 15 years.

“His band programs have been at the state level, as have my programs, and my sister is a band director too,” Whorton said. “Obviously, it’s in my blood. It’s something about which I’m very passionate.”

When Whorton arrived at Navarro College, there were approximately 28 students in the program. Currently, there are just shy of 70 members, and the anticipated numbers for next year are 120, 130 students. Whorton has contacts across the state with other band directors, and is not bashful about recruiting great musicians from high schools for his burgeoning program.

“We have students from as far away as Buffalo, Wyoming who are here,” he said. “We have a lot of students from Corsicana High School, as well as Kerens, Rice and Mildred. We want to take care of our service area, but we have many students we have attracted from other areas too.”

Not only have they taken students from Corsicana High School, they have also borrowed the expertise of Corsicana Independent School District band director Bre Osbourn, as well as Brandon Nelson, assistant director.

“Bre comes in after working 12 hour days at CISD and works with us too,” Whorton said. “She is our color guard instructor/coordinator. She has been very gracious to us. And Brandon (Nelson) does percussion training with us too.

“Dr. (Barbara) Kavalier really wanted to strengthen our fine arts programs. Our entire musical fine arts department has turned over out here, and it’s exciting to walk through the hallways. It’s like everyone received a facelift over here in the fine arts building. Very unique.”

Whorton moved to Corsicana from Lindale, where he spent the past six years teaching at Winona High School. He said Kavalier, Dewayne Gragg and Roark Montgomery have been nothing but helpful, constantly asking “What can we do to take care of your program?” The department is in the process of purchasing new instruments and other tools the band needs to be successful going forward.

“We want to be the new sound of Navarro,” he said. “The organization that creates that college atmosphere. We want to have the homefield advantage at every game, whether it is soccer, volleyball or football. Our band performs at all those things, helps create the spirit. We want students to have an experience of a four-year institution here at Navarro College. With the residence life we offer here at Navarro, we feel like Navarro College is at the top of its game.”

Deanna Kirk is a Daily Sun staff writer. She may be reached via email at dkirk@corsicanadailysun.com.