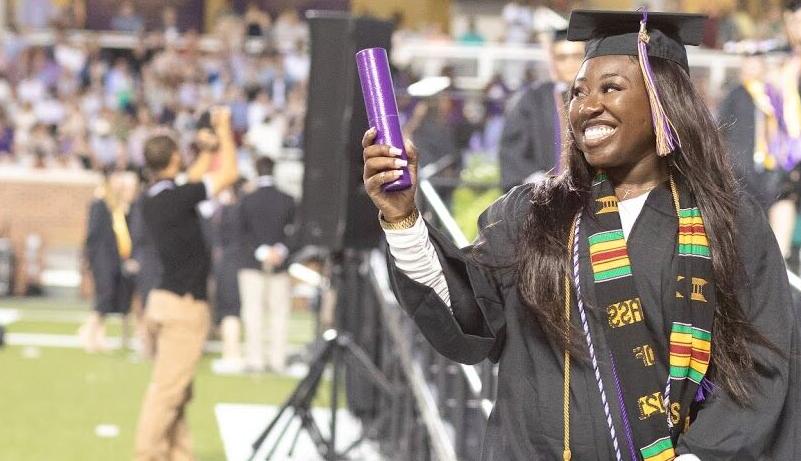 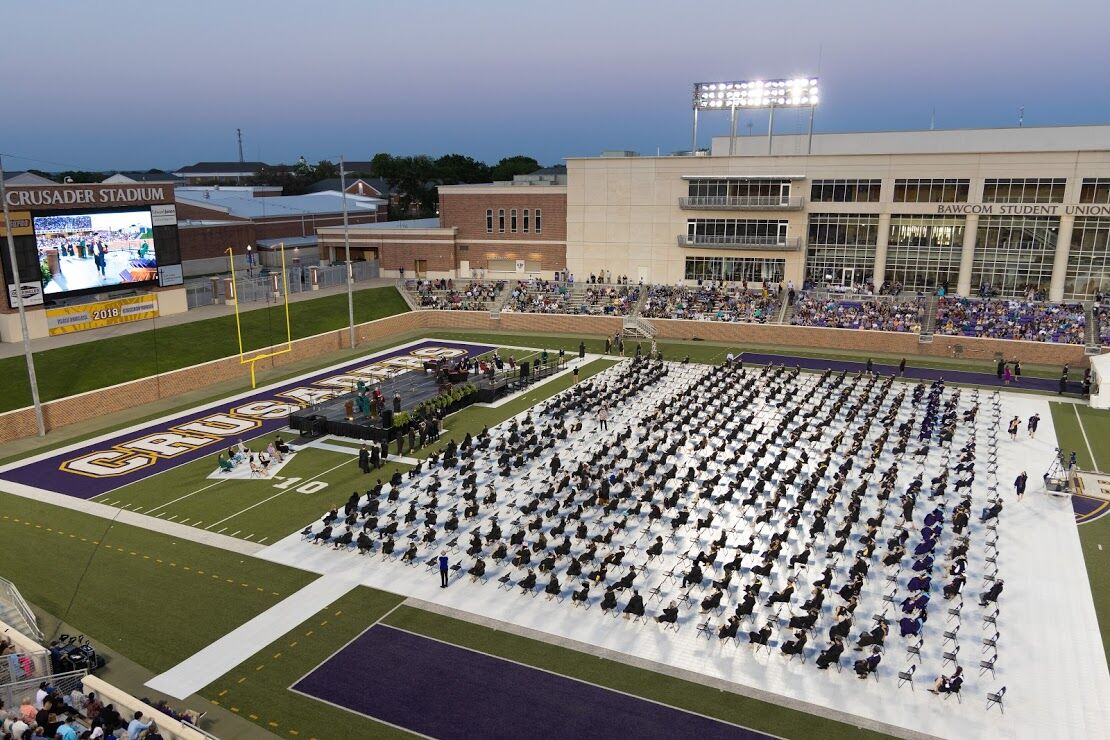 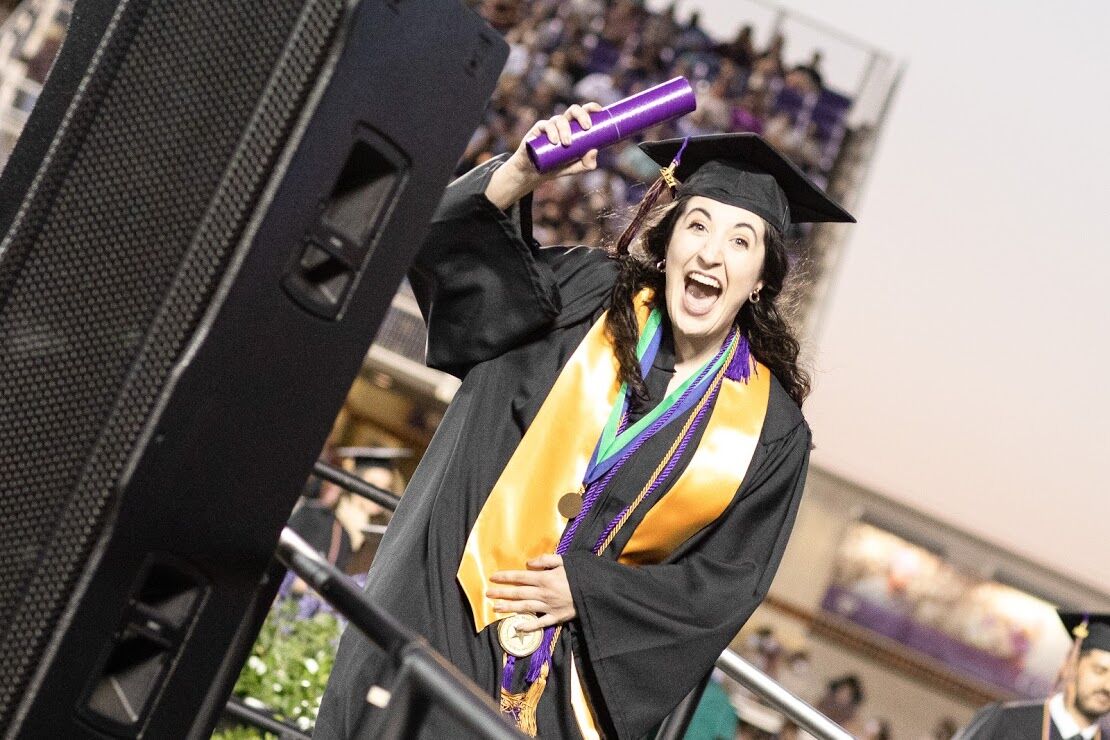 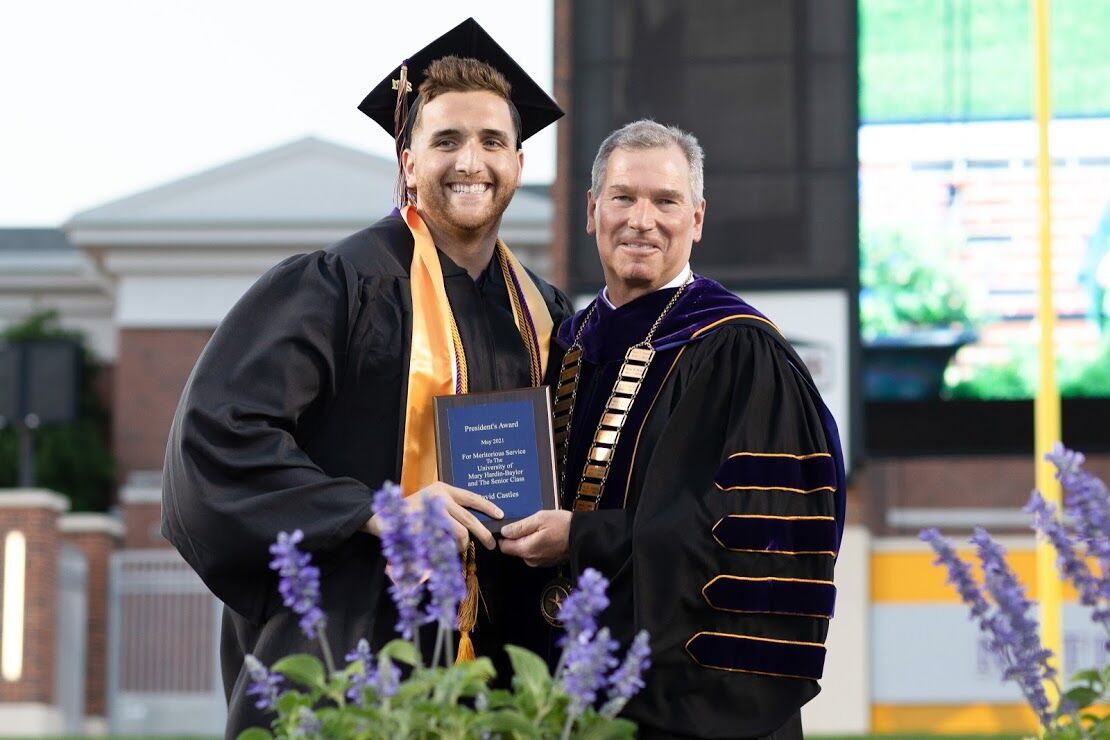 The University of Mary Hardin-Baylor honored its 165th graduating class during a commencement ceremony May 8 at Crusader Stadium. An estimated 490 students, including Corsicana's Emily Paige Reeves, B.S. Biology and Sarah Allison Tagg, B.S. Psychology, were awarded degrees for the spring semester, which included 415 baccalaureate degrees, 57 master’s degrees, and 18 doctoral degrees.

UMHB President Dr. Randy O’Rear commended students for their dedication and determination to finish their degrees during unprecedented times.

“During your junior year, the COVID-19 pandemic altered almost every aspect of college life. It was the longest spring break of all our lives!” O’Rear said. “As seniors, you also survived the once-in-a-lifetime winter storm. These things helped you learn to be intentional and to not take anything, even the little things, for granted. I hope that is one lesson that stays with you as you leave UMHB.”

The Loyalty Cup, which is awarded to the student who is most representative of the ideals, traditions and spirit of the university, was given to Miriam Osterlund of Midland, Texas, and Stephen Rowe of Texas City, Texas. The President’s Award for meritorious service went to David Castles of Bullard, Texas.

Three officers were also commissioned during the ceremony: Alexandra Dalle of Austin, Stone Klingaman of Boerne, Texas, and Michael McAuliffe of Katy, Texas.