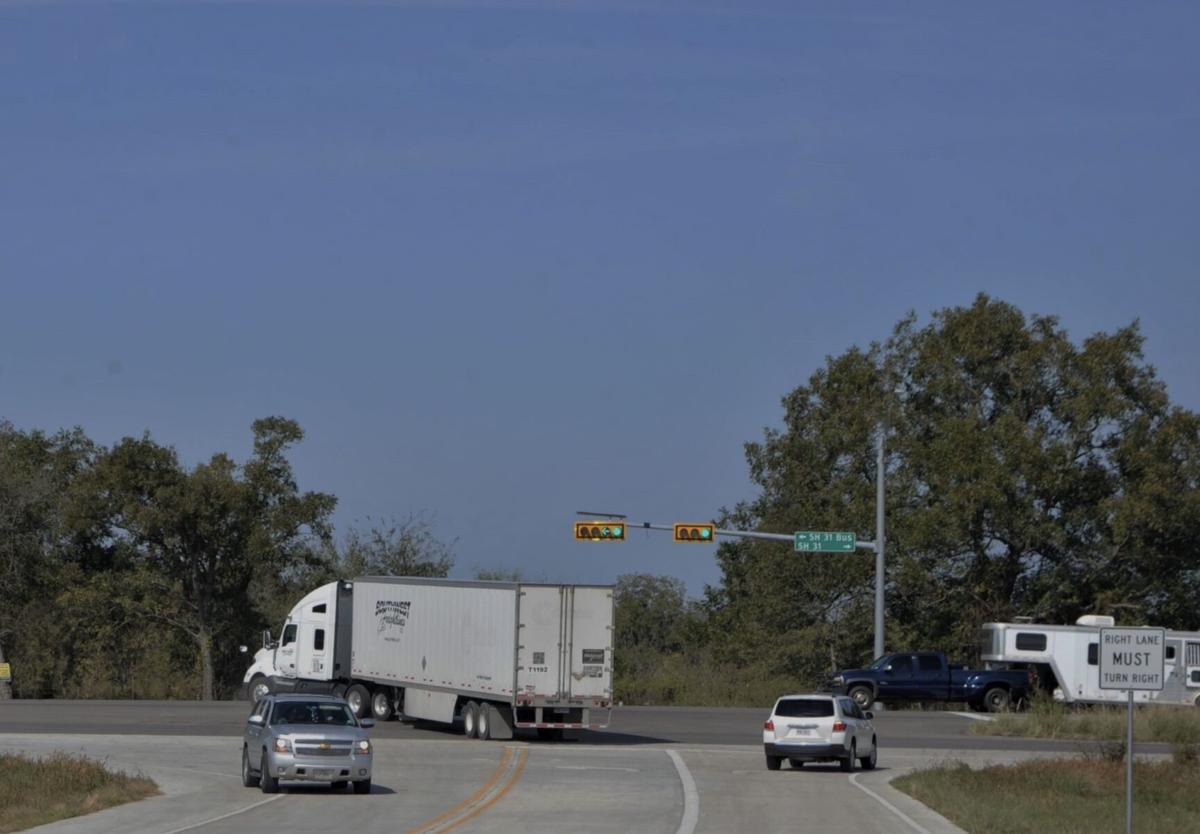 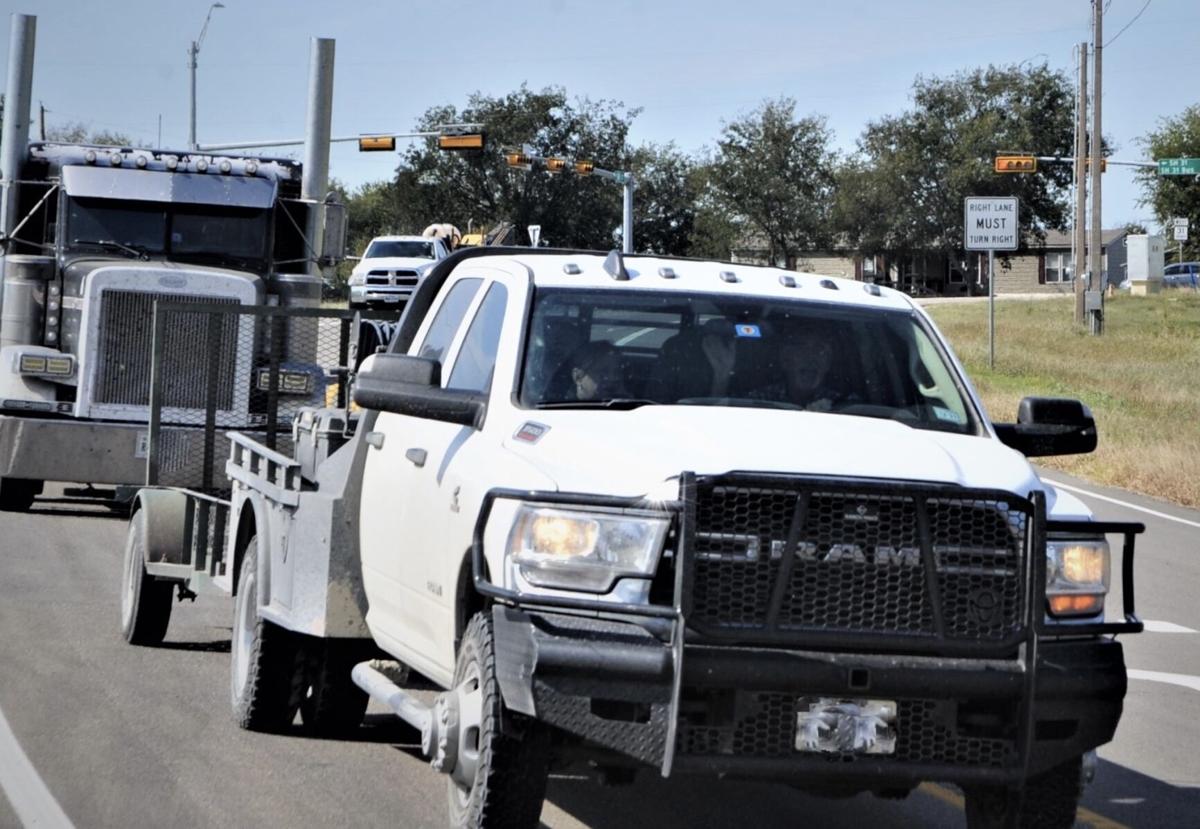 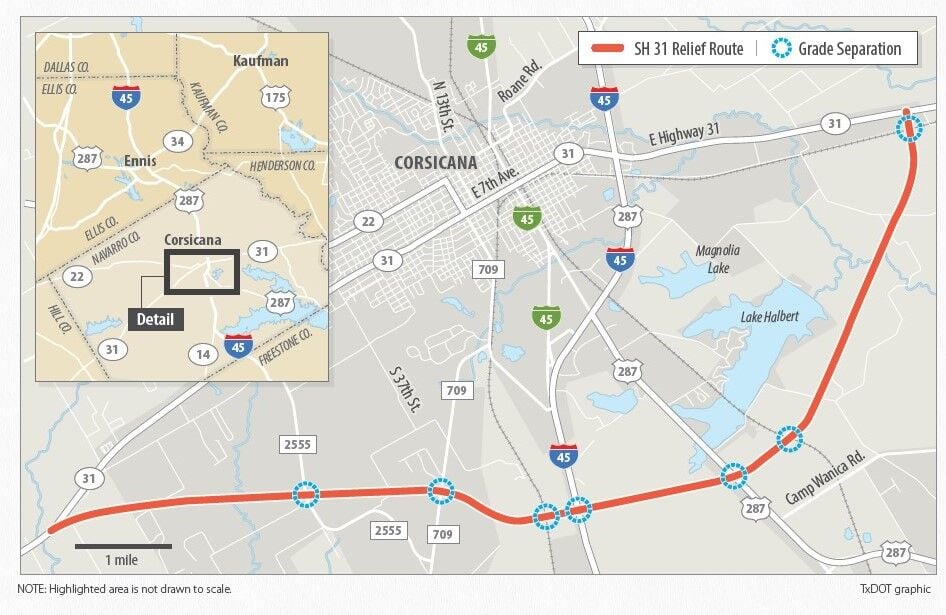 Civic and business leaders and gathered Wednesday to celebrate a long-awaited and much-anticipated project’s completion, the State Highway 31 relief route. The road opened to traffic around 2 p.m. Thursday.

The project aims to reduce congestion on Highway 31 through Corsicana by offering a new relief route along the southern, outer edge of Corsicana from three miles east of Interstate Highway 45 and three miles west of FM 2555.

The new route will offer an alternative for more than 4,000 trucks that travel through Corsicana daily. An 18-mile long, two-lane rural arterial roadway with seven crossings was put in place.

The project has been in the planning for over three decades and when fully completed, will have 26 bridges. Three of those will go over rail lines and the I-45 and Hwy 31 interchange.

“This project is just the beginning of a road project that will ultimately include main lanes with access roads,” said Corsicana Mayor Don Denbow. “It will increase economic development by allowing Corsicana to capitalize on the location advantage for moving goods across the state and improve safety by removing large trucks, including those hauling hazardous chemicals from the city center and improve the flow of commercial traffic along Seventh Avenue.”

“It’s not often that TxDOT builds roadways on new locations anymore,” said Mo Bur P.E., Dallas District Engineer for Texas Department of Transportation. “This is an exciting time to be a part of a project like this.”

Navarro County Judge H.M. Davenport thanked individuals who have been instrumental in helping the project find its way from what Bur called ‘concept to concrete.’

“I think this will benefit Corsicana,” Davenport said. “Certainly it should help get the 18-wheelers out of town. I have to follow them every day.”

Davenport pointed to the loop built around Ennis, and how that has helped spur development without any negative impact on the downtown area.

“It’s going to open a potential for a lot expansion,” Davenport said.

Donna Simmons, TxDOT Public Information Officer, also sees the potential of the project and the benefits that come with it.

“This is a great opportunity to clear up several issues on main roads in the City of Corsicana,” she said. “This is also a safer and more efficient solution for truck drivers. They are only allowed on the road for so many hours at a time and they have deadlines to meet. This bypass makes it more productive for both parties.”