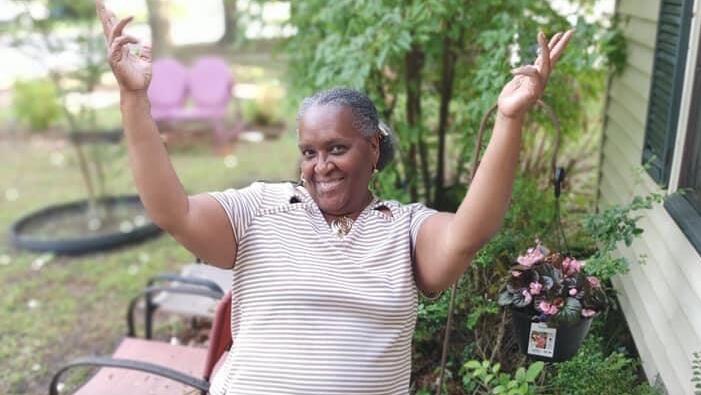 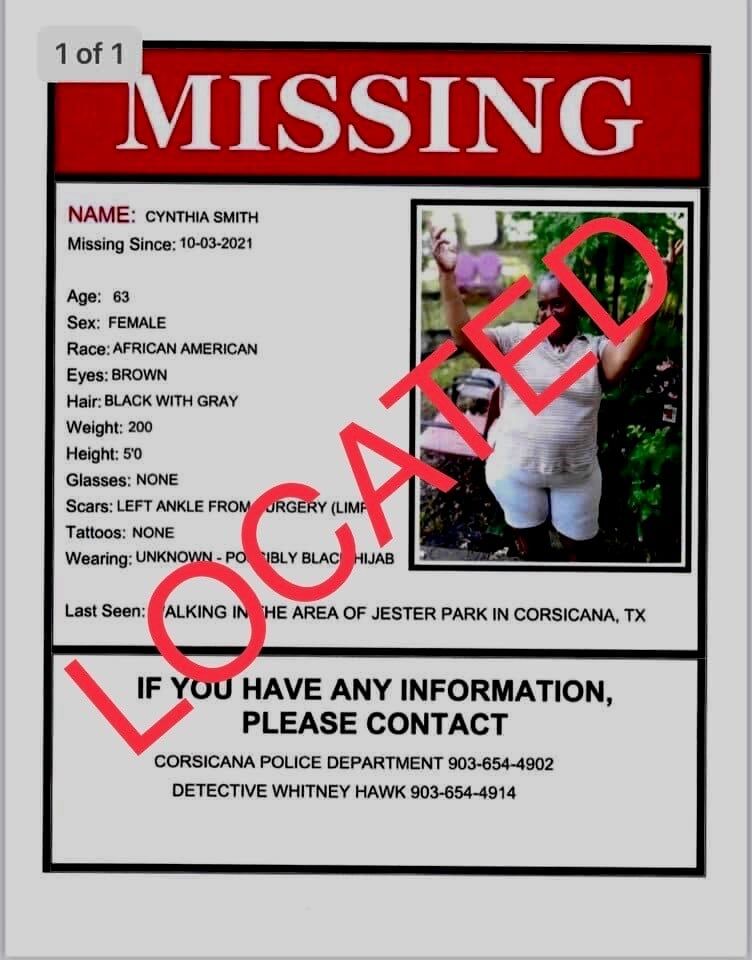 Cynthia Smith, has been found safe according to the Corsicana Police Department.

"Mrs. Smith has been located approximately three miles from her residence and is safe," CPD stated. "No foul play was involved. We would like to thank the public for all of their help and sharing of information."

The Corsicana Police Department was asking for the public's help to locate Smith, who was last seen at approximately 5 a.m. Sunday, Oct. 3 walking southbound on N. 19th by Jester Park in Corsicana.