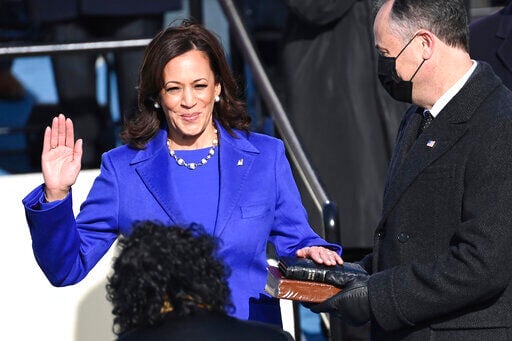 Kamala Harris is sworn in as vice president by Supreme Court Justice Sonia Sotomayor as her husband Doug Emhoff holds the Bible during the 59th Presidential Inauguration at the U.S. Capitol in Washington, Wednesday, Jan. 20, 2021.(Saul Loeb/Pool Photo via AP) 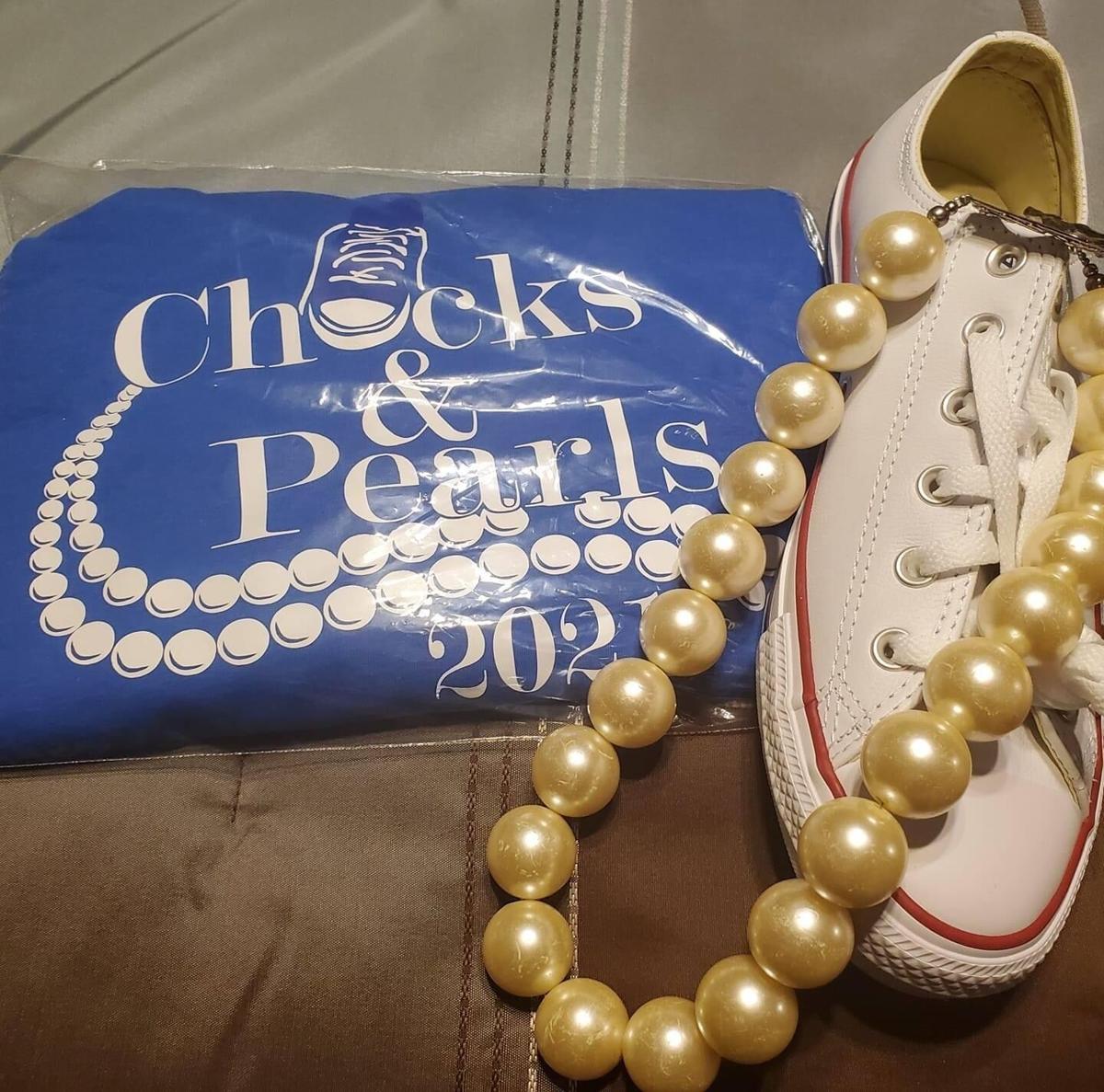 Kamala Harris is sworn in as vice president by Supreme Court Justice Sonia Sotomayor as her husband Doug Emhoff holds the Bible during the 59th Presidential Inauguration at the U.S. Capitol in Washington, Wednesday, Jan. 20, 2021.(Saul Loeb/Pool Photo via AP)

History was made Wednesday, as Kamala Harris became the first woman to be vice president. The former U.S. senator from California is also the first Black person and the first person of South Asian descent elected to the vice presidency and is the highest-ranking woman ever to serve in government.

Harris’ iconic style inspired women and girls across the nation to wear Converse Chuck Taylor All Star sneakers or “Chucks” and pearl necklaces to commemorate her on Inauguration Day.

Longtime Corsicana ISD Board Member Barbara Kelley was part of a large group of women who took to social media to celebrate Harris and what her new position means to, not only women of color, but all women.

“We have to move on,” Kelley said. The world is not like it was 40 years ago. Our young people are watching and we have to make sure we are instilling in them the right morals and values.

“The young Harvard graduate could be the next Maya Angelou,” she said.

Kelley said Wednesday’s events mark a time in history when many girls and young women realized they have the capability to do anything they put their minds to.

Kelley said she hopes our country can now move forward, go back to work and get kids back in school.

“We have to hold the new administration accountable,” she said. “Like we do for any leader. Rome wasn't built in a day, but I am optimistic.”

Kelley said if we don’t develop our future leaders, we won’t have a future.

“We have to pull them up to walk beside us,” she said. “So some day they can step into our place.”

Corsicana High School Assistant Principal Kenya Landers said she was at work during the inauguration but later replayed the day’s events with her two young daughters.

“My girls were excited when we heard Amanda’s beautiful poem, and the swearing in,” she said. “It let them know they can do anything they want with a great work ethic and determination.”

Landers said she stressed the importance of the event to her girls so they did not take it for granted.

“I think my girls truly grasped what it meant for women of color and women in general,” she said. “For them to see someone who looks like them, and me, hold a top position. I challenged them and myself to not let this historic event fade away without taking responsibility to take advantage of their opportunities.”

Landers, who has also served on the Corsicana Main Street Board, said she also stressed the importance of serving one’s community.

“I hope the women in our community will come together and achieve what we are really capable of,” she said. “We need to make things happen that are beneficial to Corsicana.”

Landers said Harris’ accomplishments should affect each and every woman daily.

“Kamala shows us how to serve through God and do it with grace, beauty and class,” she said.

Julie Mitchell, owner of Outside the Lines Creative Studios and mother of two, said she was glad her kids could take a break from online schooling so her family could watch the inauguration together.

“My 8-year-old daughter and 6-year-old son asked why I was crying and I told them how much it means for a woman to be inaugurated,” Mitchell said. “It seemed normal for them but it didn’t happen in my life until I was 43. It is important for their generation, but it took us a long time to get here.”

Mitchell said her favorite moment of the inauguration was when Harris smiled as she was being sworn into office.

“It’s such a feminine quality to show our emotions with a smile,” she said. “It took a lot of women before her to get where she is and she didn't try to hide her happiness.”