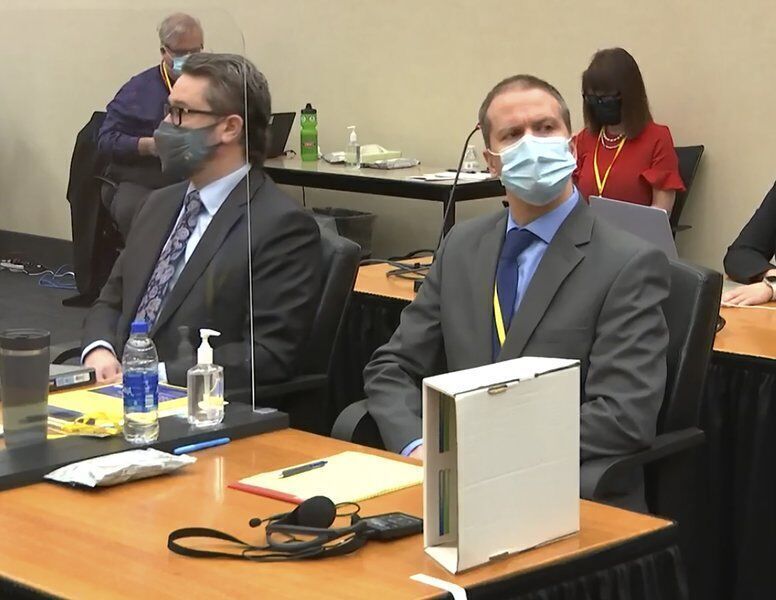 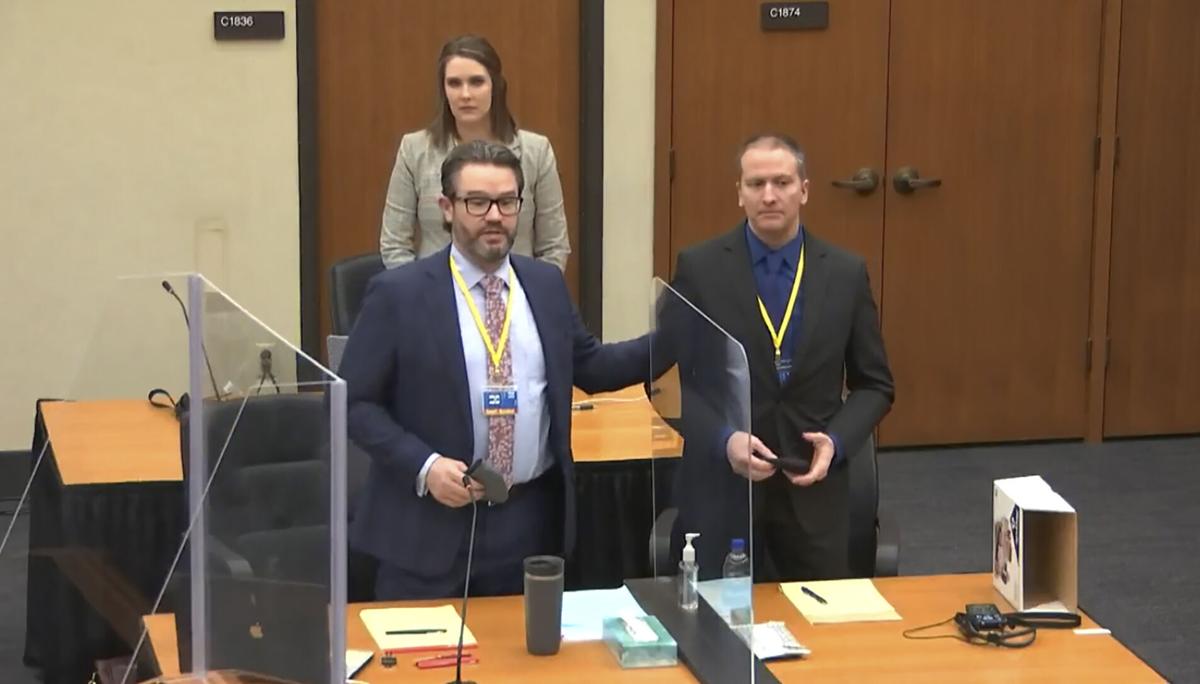 MINNEAPOLIS (AP) — As onlookers pleaded with Minneapolis police Officer Derek Chauvin to take his knee off George Floyd's neck, Chauvin just gave them a "cold" and "heartless" stare, the teenager who shot the harrowing video of the arrest testified Tuesday at Chauvin's murder trial.

In tearful testimony, Darnella Frazier, 18, said that Chauvin continued to kneel on Floyd and that fellow Officer Tou Thao held the crowd back, even when one of the onlookers identified herself as a firefighter and begged repeatedly to check Floyd's pulse.

"They definitely put their hands on the Mace, and we all pulled back," Frazier told the jury.

Frazier said of Chauvin: "He just stared at us, looked at us. He had like this cold look, heartless. He didn't care. It seemed as if he didn't care what we were saying."

Floyd's death last May, along with the video of the Black man pleading that he couldn't breathe and onlookers angrily yelling at the white officer to get off him, triggered sometimes-violent protests around the world and a reckoning over racism and police brutality across the U.S.

Frazier testified that she began recording the scene because "it wasn't right, he was suffering, he was in pain."

She said shed walked to a convenience store with her 9-year-old cousin when she came upon the officers, and sent the girl inside because she didn't want her to see "a man terrified, scared, begging for his life."

Frazier breathed heavily and wept as she viewed pictures of Chauvin kneeling on Floyd and after a prosecutor asked her to describe how the encounter changed her life.

She said she looks at her father and other Black men in her life, and "how that could have been one of them."

"I stay up at night apologizing to George Floyd for not doing more ... not saving his life," she said, adding of Chauvin: "It's not what I should have done; it's what he should have done."

Another bystander, 18-year-old Alyssa Funari, testified tearfully that she also felt helpless to intervene when she saw Floyd struggling to breathe as Chauvin knelt on his neck and other officers pinned down his lower body.

"I felt like there wasn't really anything I could do as a bystander," Funari said, adding that she felt she was failing Floyd. "Technically I could've did something, but I couldn't really do anything physically ... because the highest power was there at the time," she said, explaining that an officer held the crowd back.

The prosecution asked multiple witnesses to describe their horror at what they saw, buttressing the testimony with multiple videos.

Prosecutors played cellphone video recorded by Funari that showed bystanders becoming more frantic and agitated as they watched Floyd stop moving. The video, which had not been released before, also showed the woman who said she was a Minneapolis firefighter calmly walk up to Thao and offer to help, before he ordered her to get back on the curb.

Frazier likewise testified that the bystanders became increasingly upset by what they were seeing and got louder and louder, "more so as he was becoming more unresponsive."

Chauvin attorney Eric Nelson sought to use the same evidence to show that Chauvin and his fellow officers found themselves in an increasingly tense and distracting situation, with the growing crowd becoming more and more angry over Floyd's treatment.

But witnesses also testified that no bystanders interfered with police. When Frazier was asked by a prosecutor whether she saw violence anywhere on the scene, she replied: "Yes, from the cops. From Chauvin, and from officer Thao."

Chauvin, 45, is charged with murder and manslaughter, accused of killing Floyd by pinning the 46-year-old handcuffed man to the pavement for what prosecutors said was 9 minutes and 29 seconds. Floyd was arrested after being accused of trying to pass a counterfeit $20 bill at the convenience store.

The most serious charge against the now-fired officer carries up to 40 years in prison.

The defense has argued that Chauvin did what his training told him to do and that Floyd's death was not caused by the officer but by a combination of illegal drug use, heart disease, high blood pressure and the adrenaline flowing through his body.

Earlier Tuesday, Donald Williams, another one of the onlookers who shouted at Chauvin, testified that he called 911 after paramedics took Floyd away, "because I believed I witnessed a murder."

Williams, a professional mixed martial arts fighter who said his training includes chokeholds, returned to the witness stand a day after describing seeing Floyd struggle for air, his eyes roll back in his head, and Floyd "slowly fade away ... like a fish in a bag."

On Tuesday, prosecutors played back Williams' 911 call, in which a dispatcher offers to switch him to a sergeant. As he is being switched, Williams can he heard yelling at the officers at the scene, "Y'all is murderers, bro!"

During cross-examination, Chauvin's attorney pointed out that Williams seemed to grow increasingly angry at the police, taunting Chauvin with "tough guy," "bum" and other names, then calling Chauvin expletives, which the defense lawyer repeated in court.

Williams initially admitted he was getting angrier, but then backtracked and said he was controlled and professional and was pleading for Floyd's life but wasn't being heard.

Williams said he was stepping on and off the curb, and at one point, Thao, who was controlling the crowd, put his hand on Williams' chest. Williams admitted under questioning that he told Thao he would beat the officers if Thao touched him again.

Find AP's full coverage of the death of George Floyd at: https://apnews.com/hub/death-of-george-floyd