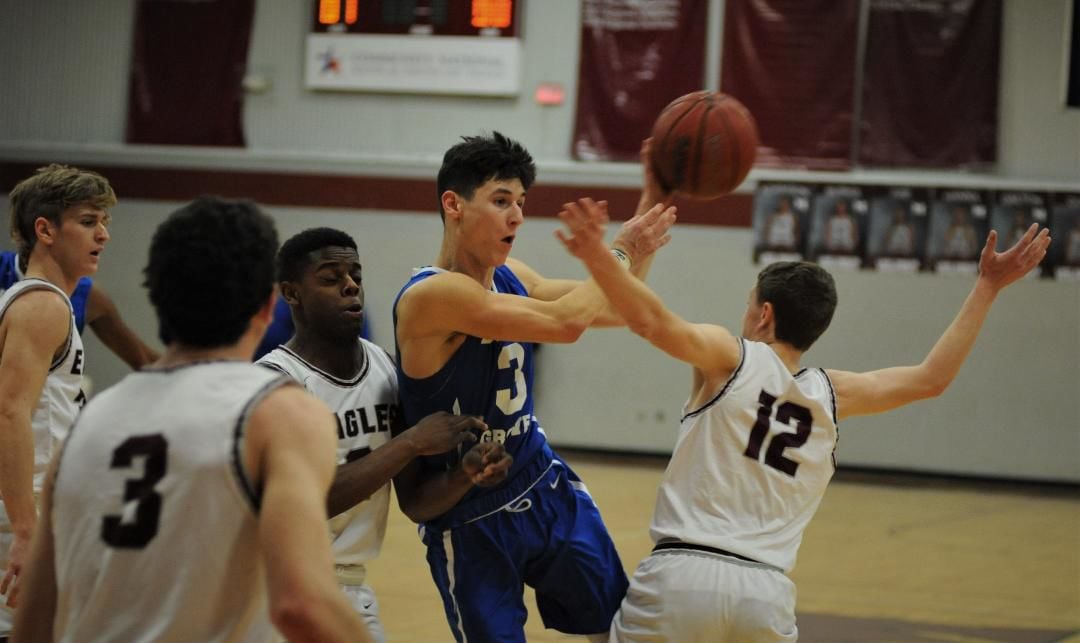 Blooming Grove's Andrew Roberts (3) is in traffic as Mildred's Creed Baker (far left) Bishop Harris near left), Cody Hayes (12) and Garrett Warren (3) close in on the play during the first meeting between Mildred and BG.

On Tuesday BG defeteated Mildred 65-63 as Roberts led the Lions with 19 points and Baker led Mildred with a monster game, scoring 28. Hayes scored 20 for the Eagles 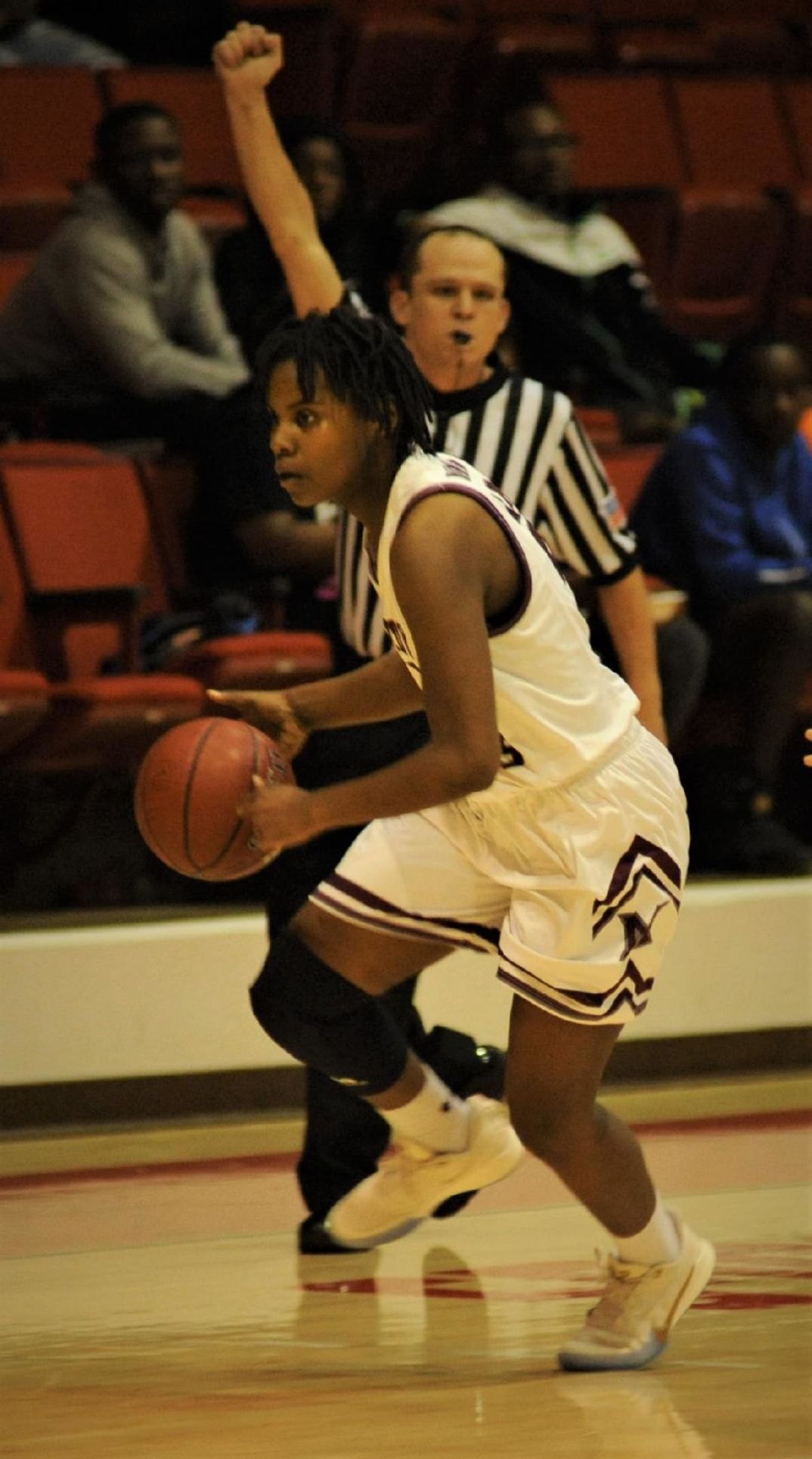 Blooming Grove's Andrew Roberts (3) is in traffic as Mildred's Creed Baker (far left) Bishop Harris near left), Cody Hayes (12) and Garrett Warren (3) close in on the play during the first meeting between Mildred and BG.

On Tuesday BG defeteated Mildred 65-63 as Roberts led the Lions with 19 points and Baker led Mildred with a monster game, scoring 28. Hayes scored 20 for the Eagles

BLOOMING GROVE — It’ s a game Blooming Grove’s Lions had to have, and a game Mildred desperately wanted to win.

And on a cold, wet night the BG boys had just enough to hold off the Eagles in the Lions gym to keep their playoff hopes alive.

The Lions emerged with a 65-62 victory in front of a large and vocal crowd over their rivals, despite the tremendous efforts of Creed Baker, who did everything he could to try to bring Mildred back all night.

Baker finished with 28 points, including 17 in Mildred’s fast and furious third quarter when he nailed four 3-pointers to lead the comeback.

Blooming Grove jumped out to a 20-12 lead at home, thanks in part to a pair of 3s from Cameron Smith, who helped ignite BG’s fast start.

The Lions built the lead to 35-25 at halftime, but then Baker caught fire and poured in his 17 third-quarter points to led the Eagles to a comeback that saw them trail 39-37 after three.

Blooming grove gained control again and built the lead to six points with a minute left and put the game away with free throws, winning by three.

Andrew Roberts finished with 19 points to lead the Lions.

Ethan Nors and Colton Nicholson, who both had strong games on the boards, scored seven points each for Blooming Grove.

Cody Hayes followed Baker’s performance with a 20-point night for the Eagles and Branch Brooks scored five for Mildred.

Blooming Grove is fighting for a playoff spot in the District 18-3A race and the victory left the Lions one game behind fourth-place Palmer with two games left on the schedule. The Lions play Scurry-Rosser on the road Friday and face unbeaten Malakoff next Tuesday at home. Palmer plays Kemp and finishes the regular season against Mildred.

“We had to win this game,” Blooming Grove coach Cody Cheek said after his team defeated Mildred for the second time this season. “We had to win to have any hope of making the playoffs.

“This game was completely different than when we played them at Mildred. Creed didn’t score that much in that game, and he scored 28.”

Cheek said his kid had to find a way to comeback after Mildred closed in the third.

“I thought was came out flat in the third quarter,” he said. “I called a timeout and I told them: ‘ They’re (Mildred) out of the playoffs. You still have a chance.’ That’s when they realized it and they took off from that point.”

The Lady Eagles finish the District 18-3A race tied with Scurry-Rosser for second place, and the two teams will have to meet to determine which teams gets the No. 2 seed when the playoffs begin next week.

The winner will be the Noi. 2 seed and open the Class 3A payoffs Tuesday night in the Ennis gym.