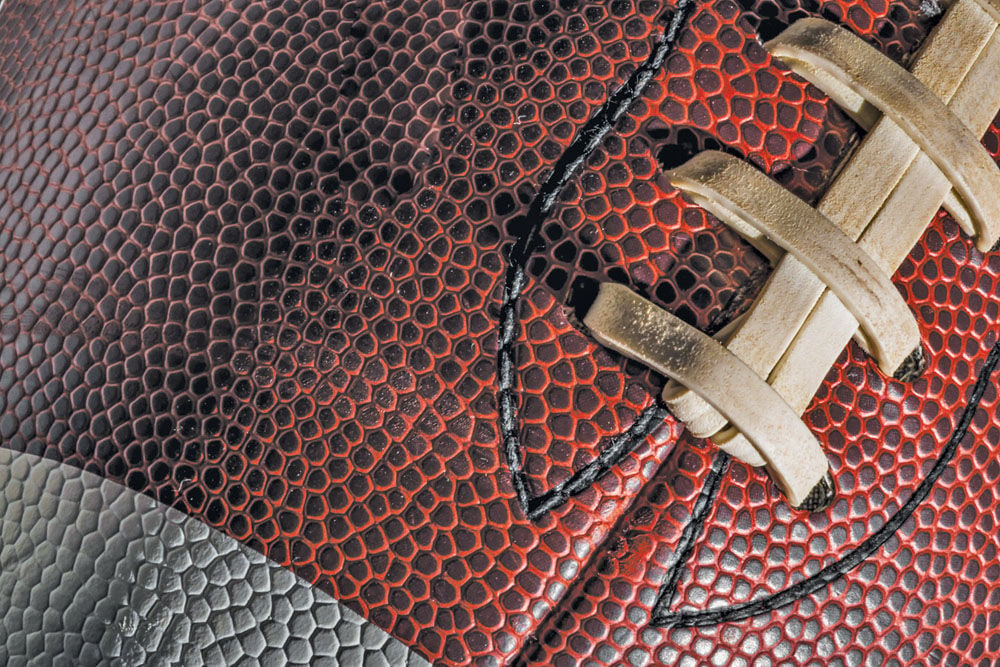 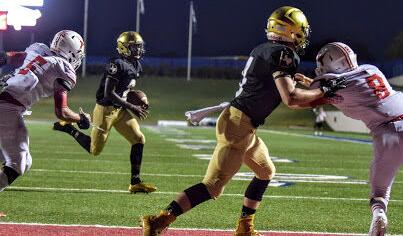 Dawson's Ja'Mariyea Hamilton, seen here scoring in a game from last season, had a big night in Dawson's heartbreaking 45-42 loss to Tolar.

Dawson's Ja'Mariyea Hamilton, seen here scoring in a game from last season, had a big night in Dawson's heartbreaking 45-42 loss to Tolar.

ALVARADO — This one hurts.  It hurts a lot for the Dawson Bulldogs.

The Bulldogs fought, scratched, clawed, and battled to the bitter end, before falling to the Tolar Rattlers, 45-42, in a wild 2A Division I bi-district playoff game at Charles Head Stadium in Alvarado Thursday night.

Dawson fell behind early with a big first quarter deficit, exploded with four touchdowns in the second quarter, dominated the third quarter defensively, and had a 12-point lead midway through the fourth quarter.

But somehow, it came down to just a few seconds, just one play, and just one yard.

The Tolar defense denied Dawson quarterback Isaiah Johnson's attempt to sneak in the end zone from the 1-yard line on the last play of the game to advance to the Area round of the playoffs.

Down 45-42, and after a Tolar offsides penalty, Dawson had three chances inside the 2-yard line during the final 30 seconds of the game but could not get the winning score into the end zone.

The loss spoiled an outstanding performance from Dawson senior running back Ja’Mariyea Hamilton, who finished the night and his Bulldog career with 232 rushing yards and two touchdowns on just 12 carries.

Hamilton’s night wasn’t just on the ground, adding a 70-yard touchdown reception in the second quarter to spark the comeback by the Bulldogs.

After Dawson trailed 16-0 at the end of the first quarter, Johnson found Hamilton open deep over the middle and just enough behind the Rattler secondary to jumpstart a Bulldog offense that gained only 55 yards in the first quarter.

On Dawson’s next offensive play, after the Rattlers answered with their own long touchdown pass, Hamilton had a 75-yard touchdown run to pull the Bulldogs closer, 23-14, with just under seven minutes remaining in the first half.

The Dawson defense would deliver the next haymaker of the second quarter, as the Bulldogs intercepted Rattler quarterback Jackson LeCluyse, and returned it 33 yards for another Bulldog touchdown to close to within one point, 23-22.

Of course, Tolar would answer just three plays later on a 72-yard touchdown pass from LeClyuse, his fourth of the half, to Matt Moore with just under four minutes remaining in the half.

After the teams traded fumbles, Dawson's Bulldogs, as they had done several times this year, scored a late first half touchdown on a 21-yard pass from Johnson to Colby Springer to cut the Tolar lead going into halftime, 30-28.

The third quarter would be dominated by both defenses, but the Dawson defense did come up with a big play and another defensive touchdown as Payton McCormack forced a LeCluyse fumble and Da’Mariyea Hamilton scooped it up and returned it 60 yards for a touchdown.

The score would give the Bulldogs their first lead of the night, 36-30, midway through the third quarter.

Offensively, Da’Mariyea Hamilton closed out his stellar career with 100 yards on 21 carries.

Ja’Mariyea Hamilton would increase the Dawson lead, 42-30, on a 32-yard run early in the fourth quarter.

Tolar would respond with a touchdown with just over seven minutes remaining to pull within one possession, 42-37.

Then, as Dawson was trying to put the game away, the Bulldogs fumbled with just three minutes remaining to give the ball back to Tolar.

LeCluyse moved the Rattlers down the field in just eight plays before throwing his sixth touchdown pass of the night with just 1:26 remaining to regain the lead, 45-42.

LeCluyse finished the night with 371 yards on 22 completions.

But Johnson, who threw for 147 yards and two scores on the night, quickly moved the Bulldogs down the field with three completions, including two to Bodey Martinez for 47 yards to set-up the heart-breaking last-second dramatics.

Dawson closes out a unique 2020 season at 6-5, while Tolar improves to 5-6 and will face state-ranked Lindsay, which beat Wolfe City, 48-6, to remain undefeated, in next week’s Area round.