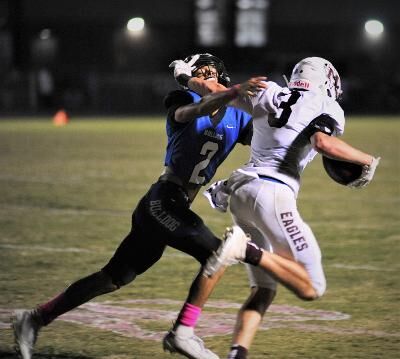 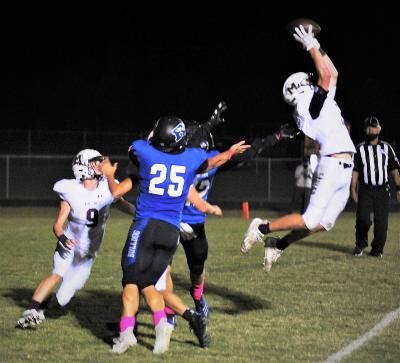 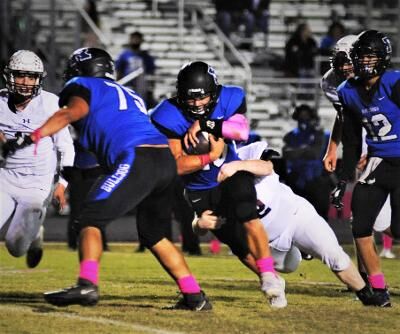 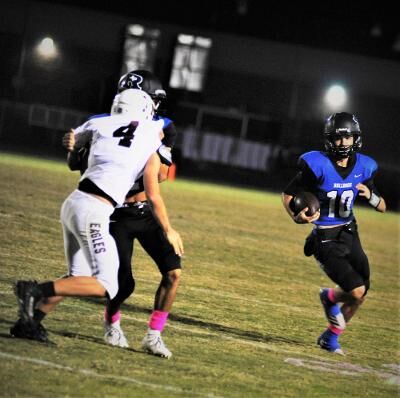 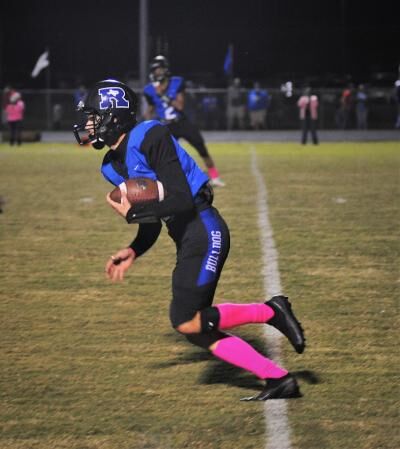 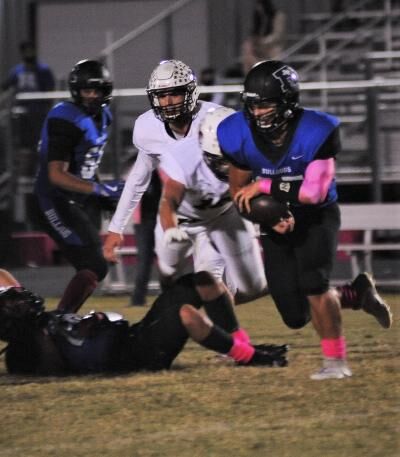 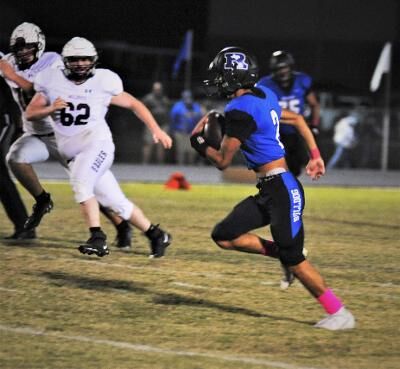 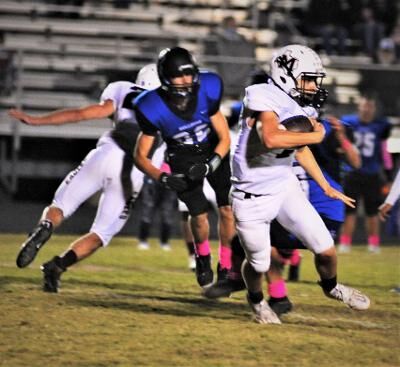 RICE -- The Rice Bulldogs put themselves in the driver’s seat for the playoffs by beating the Mildred Eagles 52-42 in a wild, back and forth affair Friday night.

The Bulldogs started quick, but the Eagles never quit, and it seemed like the game could go either way until the final minute. Rivalry games like this are what makes Friday Night Football in Texas special.

The Bulldogs started quickly with Brycen Clark intercepting a Daniel Ayers pass on the opening drive returning it to the 28-yard line. Jerry Montgomery then rushed for a touchdown on the opening play for Rice. The Eagles were again unable to get anything going on offense and were forced to punt. Rice quickly drove the length of the field scoring on an 18-yard pass from Zach Myers to Kobe Jessie.

The Eagles were again forced to punt giving the ball back to the Bulldogs. Tommy Bernal took the handoff on the third play of the drive and raced 53 yards for the touchdown. With the extra point, the Bulldogs were up 21-0 halfway through the second quarter.

At this point, the Eagles came roaring back. Ian Stewart who had a big game for the Eagles returned the kickoff 69 yards giving the Eagles the ball on the Bulldog 13-yard line. Two plays later he would score a 4-yard rushing touchdown.

The Eagles then recovered an onside kick and 5 plays later Ayers hit Hayes for a 34-yard touchdown pass putting the Eagles back to within one score right before half time.

The Eagles kept up the pressure stripping the ball from a Bulldog runner on the opening drive of the third quarter. Nick Carrizales was able to recover the fumble giving the ball back to the Eagles in Bulldog territory. After a couple of quick runs, Ayers found an open Sammy Bustos for a 21-yard touchdown tying the game.

The Bulldogs responded with a seven-play drive capped by a 1-yard touchdown run by Bernal. The Eagles were able to answer on the kickoff when Stewart found a crease in the Bulldog kickoff coverage and raced 76 yards for the touchdown. The Eagles were successful on the two-point conversion giving them the lead for the first time in the game.

The Bulldogs were able to answer ripping off an eight-play drive, capped by an 18-yard touchdown run by Bernal. They also were successful on their two-point conversion.

The Eagles pushed back on their driving the length of the field before Ayers hit Sammy Bustos for an 11-yard touchdown pass. The two-point conversion failed.

The Eagles were unable to respond and were forced to turn the ball over on downs and the Bulldogs were able to run out the clock.

It was an outstanding game and both teams were completely gassed by the end of the game. Both teams fought hard and never quit. Games like this are what makes Friday Night Football in Texas special. These kids know each other and have played against each other since pee-wee football. The Bulldogs have gone on a run in this rivalry series winning the last 6 games.

Ayers had another big night for the Eagles throwing for 209 yards on 20 completions and four touchdowns and rushing for 40 yards. Stewart had a big game for the Eagles mainly on special teams. He returned six kickoffs for 228 yards and a touchdown. His longest was 76 yards for a touchdown, but he also had a return of 69 yards.

Hayes was Ayers' main target catching 10 passes for 64 yards and a touchdown while Bustos caught six passes for 25 yards and two touchdowns. Gage St. Clair caught three passes for 85 yards for the Eagles.

According to Rice Coach Andy Mills,

“Man, I want to give them (the Eagles) credit,'' said Rice coach Andy Mills after the game. "I didn’t know what to expect except it is a rivalry game and anytime Rice plays Mildred it is going to be a battle.

"We told the kids it wasn’t going to be easy. The Eagles fought back right there before halftime and was reminiscent of us fighting back against Palmer a few weeks ago so that gave us some talking points at the half. Our offensive line secured the win for us.

"We gave up 42 points, but it is the same exact kids playing offense and defense. I feel like our offensive line won the game. We had some key players running the ball, scoring, but we couldn’t do it without our offensive line.”

Rice is now 3-0 and tied for first place in the District 7-3A DII race with Blooming Grove (3-0), which had a bye Friday night.

Rice travels to Edgewood next week while the Eagles will be on a bye before hosting Edgewood in Week 10.