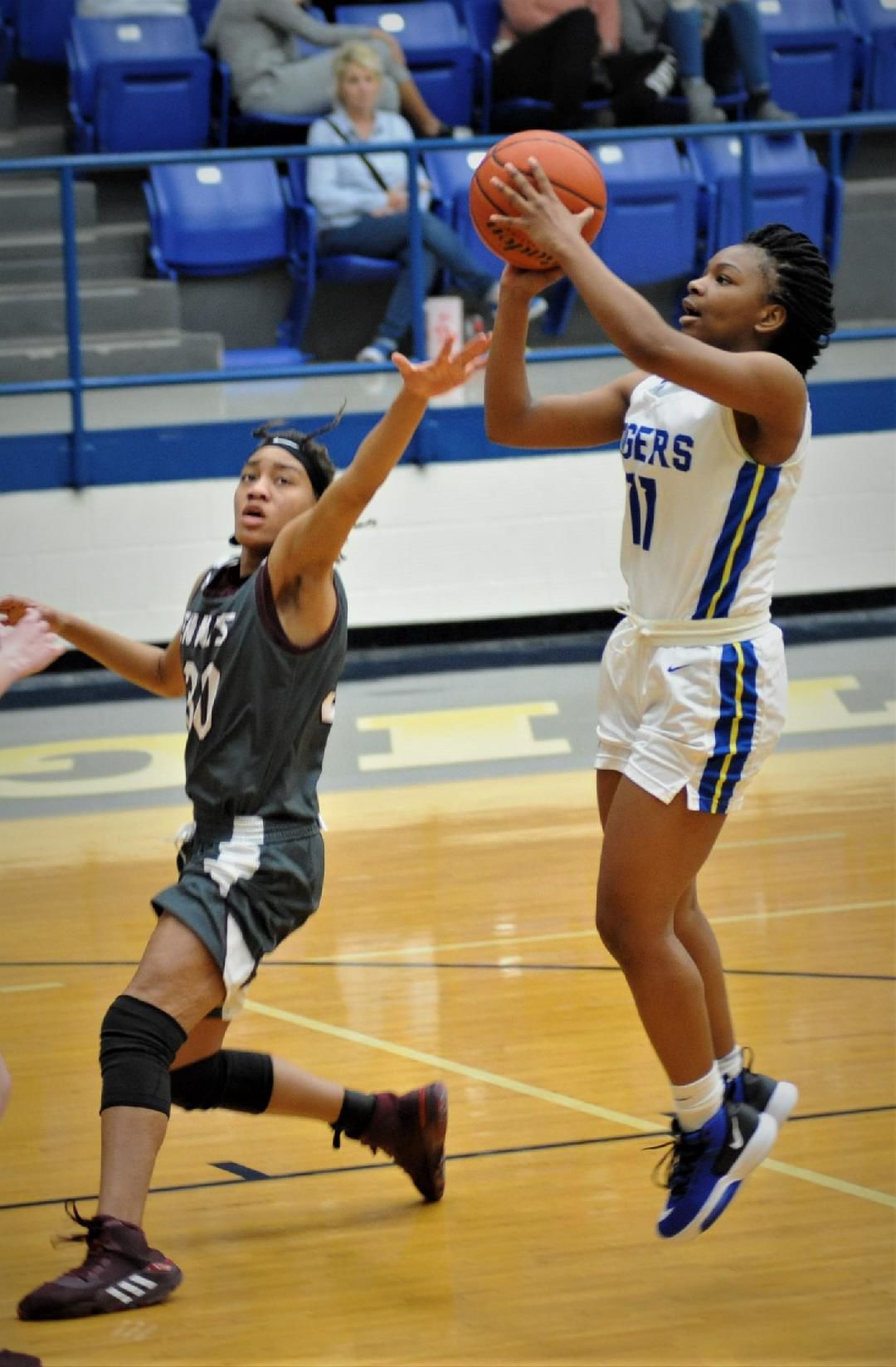 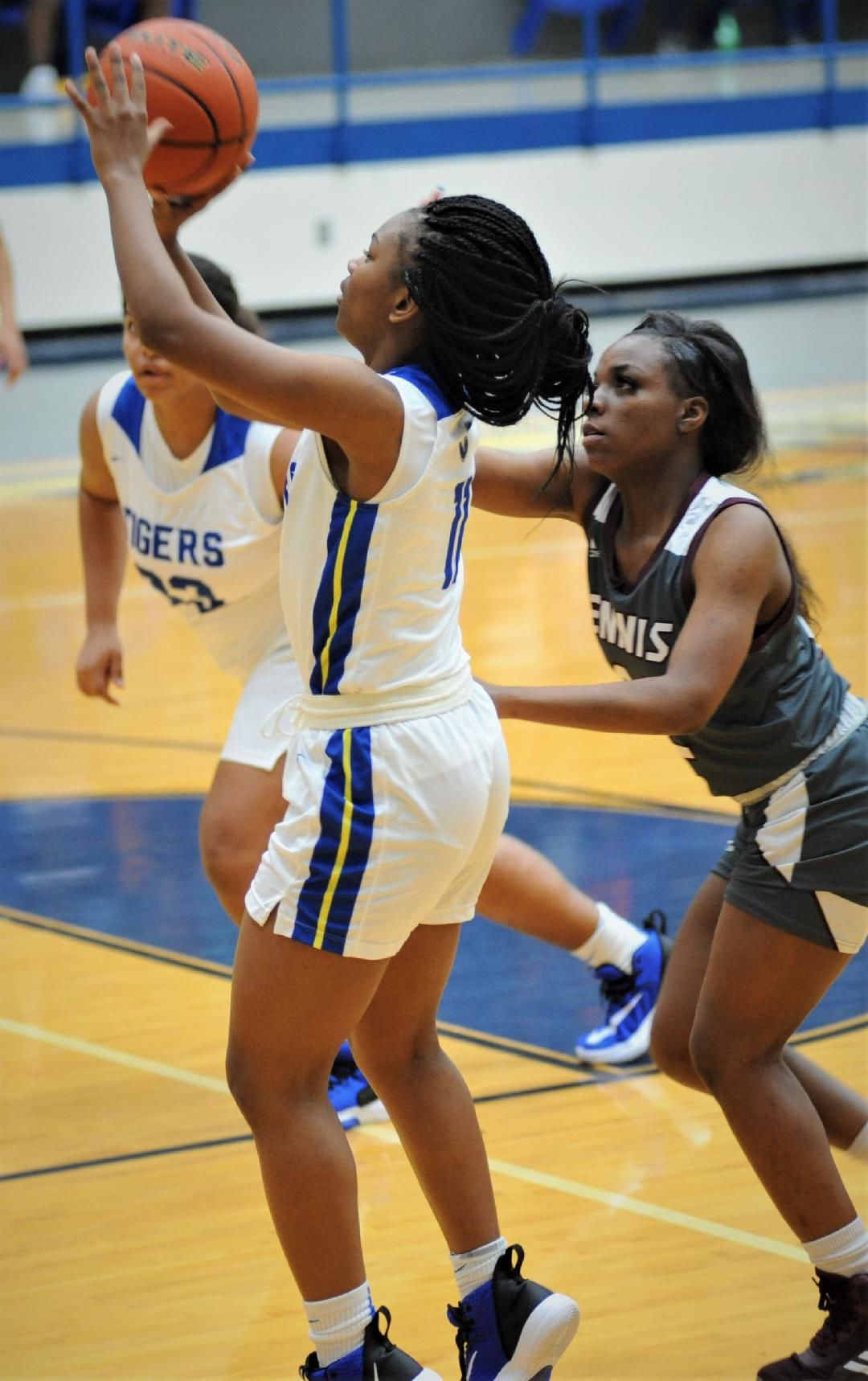 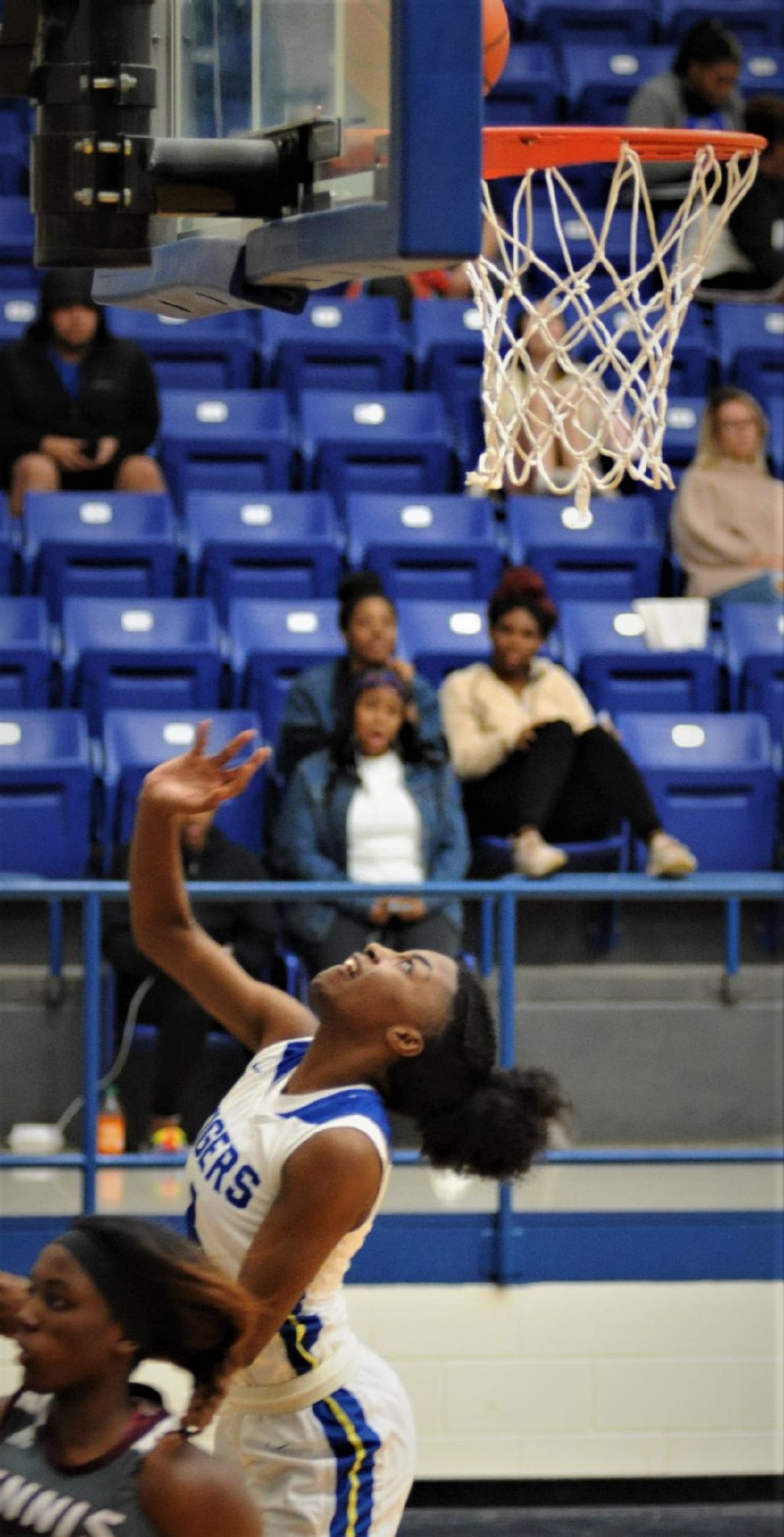 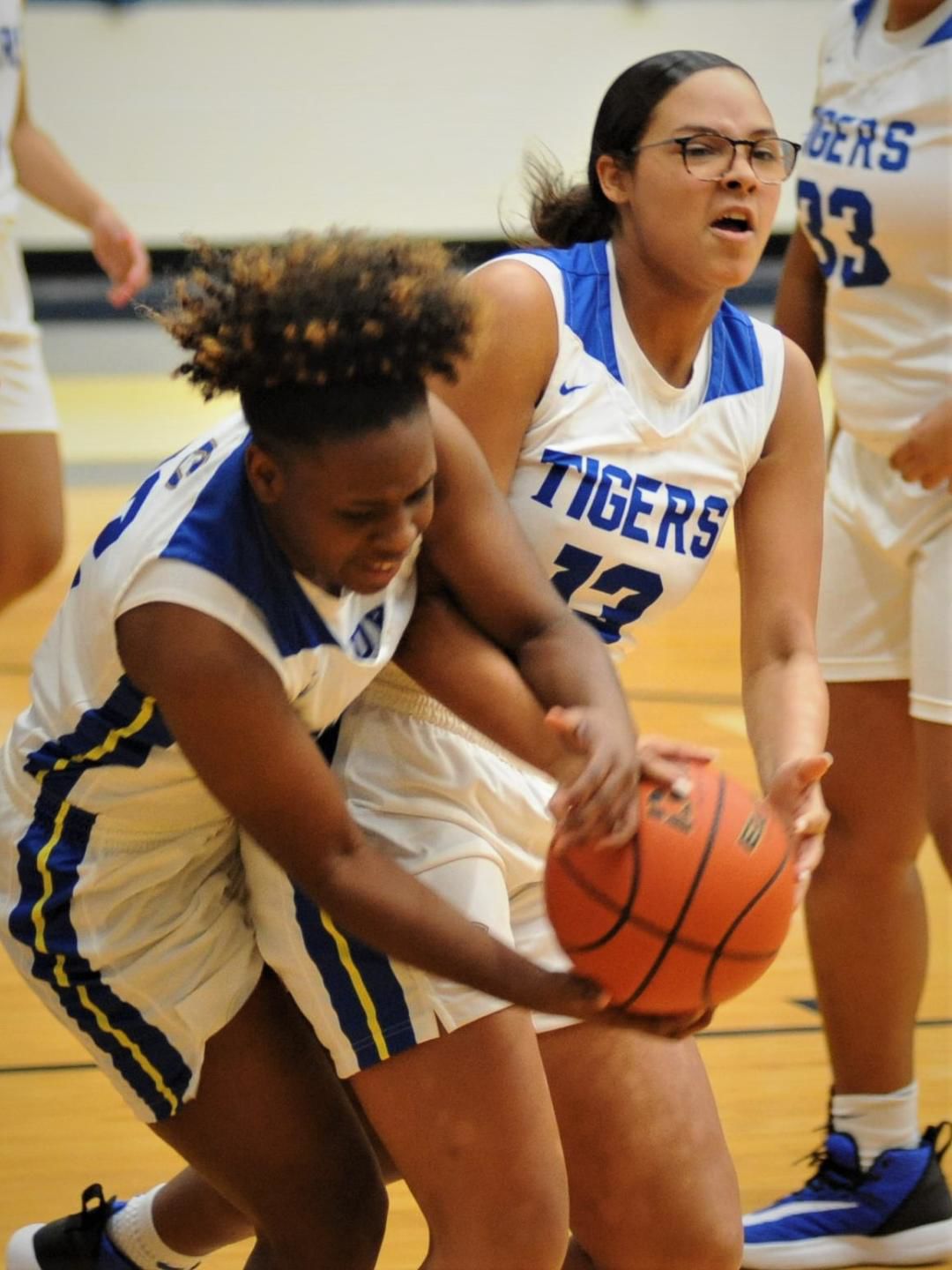 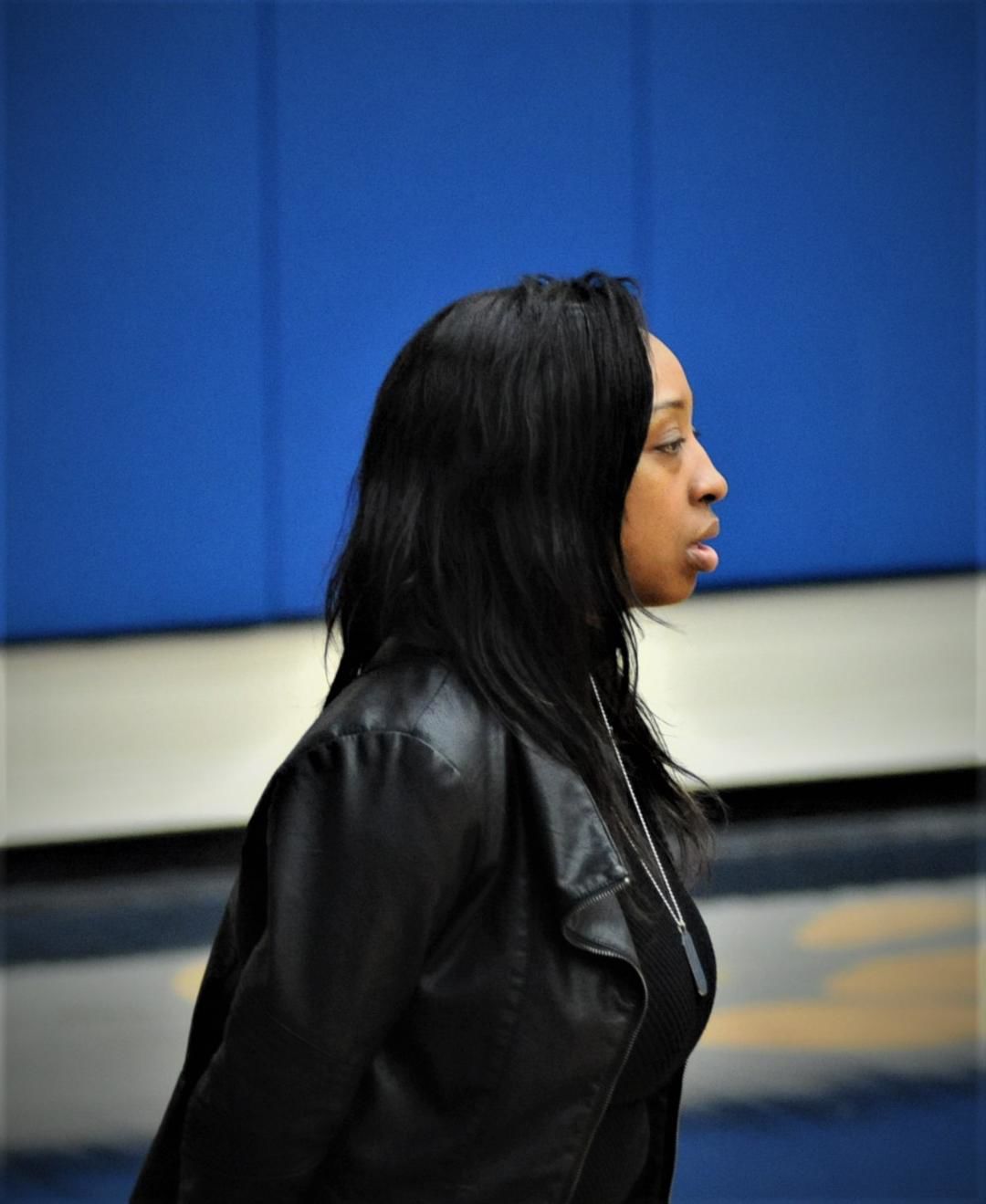 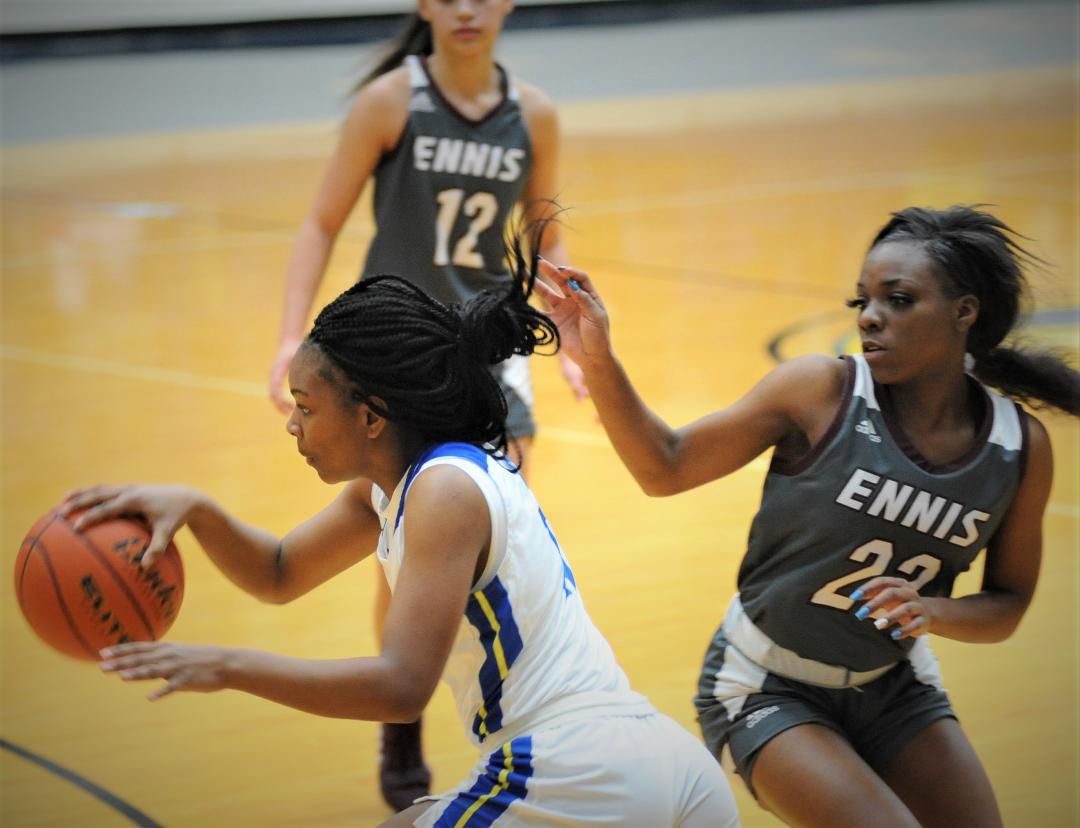 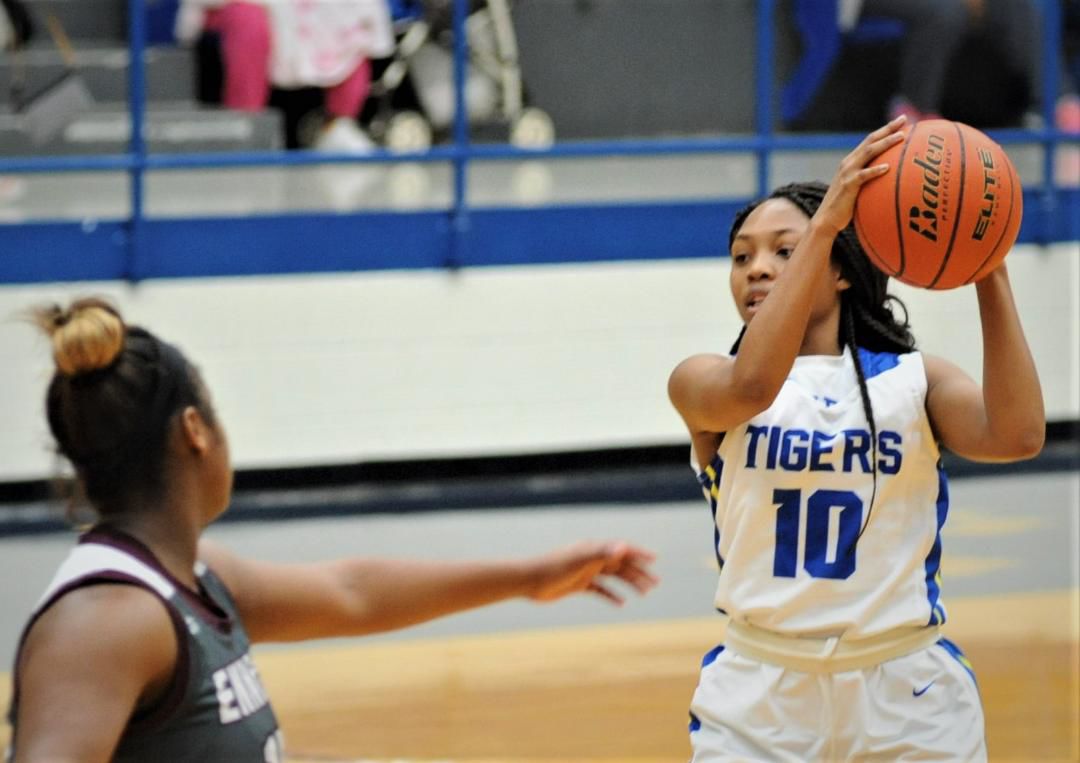 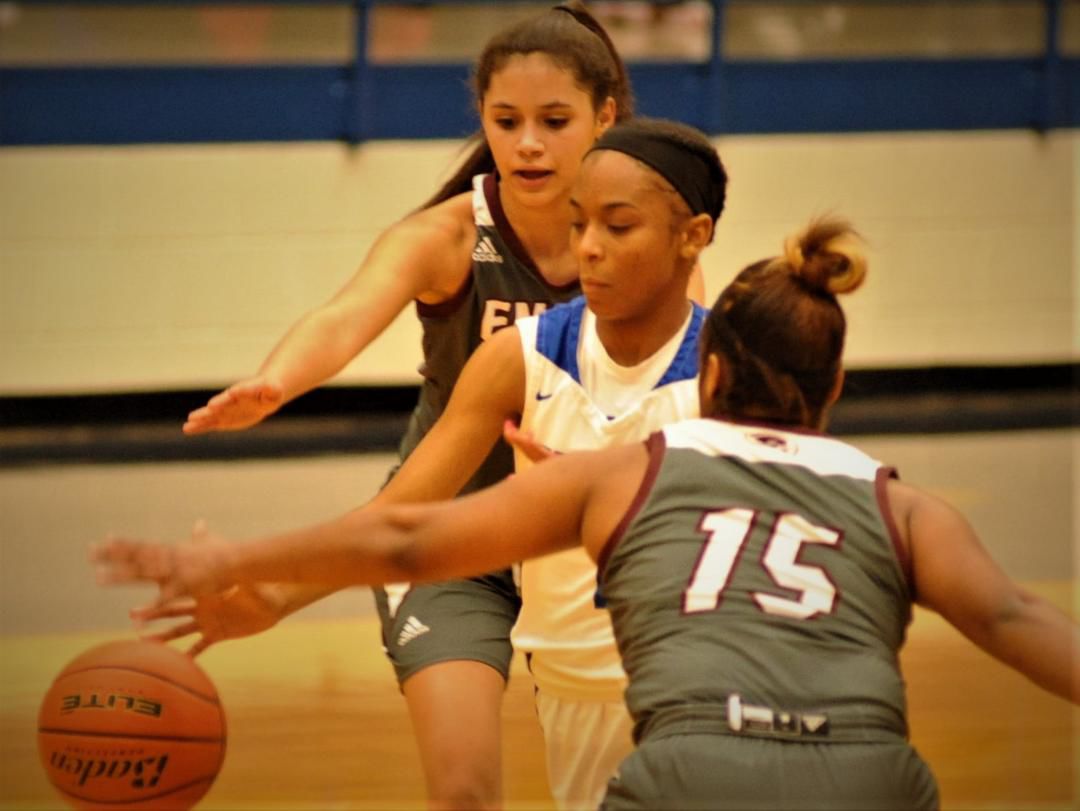 If you wanted to draw up a blueprint for your district opener, there would probably be a suffocating defense, and a hustling offense with players scoring from everywhere on a night when it was as important to share the wealth as it was to win.

Brown's Corsicana Lady Tigers did all that and more Friday night in the Tiger Gym, where they blew Ennis off the court with a 56-24 victory in their District 14-5A opener.

It was never close as the Lady Tigers jumped out early and took a 26-10 lead to the halftime break and then came back on the court and put the game away in the third quarter with a 17-1 run that put a big exclamation point on their 1-0 start in district.

If you're looking for a superstar who torched the nets you just won't find that in this game. Brown's unselfish and all-for-one team ran away with the win without any one scoring in double digits.

Instead, 11 players scored points in a game that was dominated by Corsicana's defense and the hustling Lady Tigers, who controlled the game regardless of who was on the floor.

Brown loved the fact that 11 Lady Tigers found the net.

"It makes us dangerous," she said of the balance her team possesses. "It doesn't make us (an easy team to play). We have that X factor. It's harder to prepare for us and play us. Any night any of them can go off."

It wasn't just Friday night's game. The Lady Tigers have had a half a dozen players lead them in scoring this year. They've won 13 games already, a big improvement from a year ago.

Those three girls have all come in and had an impact on a team where everyone contributes, but Brown's team has won with a swarming, hustling defense all year, and that was on display Friday.

Brown had talked earlier in the week about how she felt this year's team could be a different team in the district race, and that's exactly what the Lady Tigers showed in the opener.

"It's very important. It sends a message to win the first game to start our district," Brown said. "It gives us a confidence boost to know what they are capable of."

The Lady Tigers scored with a variety of players in a variety of ways, and never stopped hustling. That's what Brown wants to see on the floor -- that non-stop hustle.

Talesia Mukes and Martin led the scoring with eight points each, and James, who has led the team in scoring a number of times, followed with seven.

Allison Alonso, Madison DePugh and Shaw scored six points each and Dakayla Robinson, a key player who has had some big games this season and led the team with 16-point nights, scored five.

Starting the district race at 1-0 is another big step for a Lady Tigers team that has made big steps throughout the season.