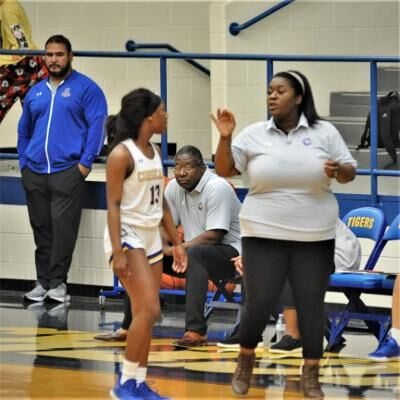 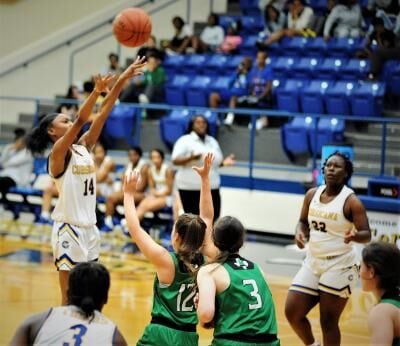 Jazmine Newson puts up a shot. 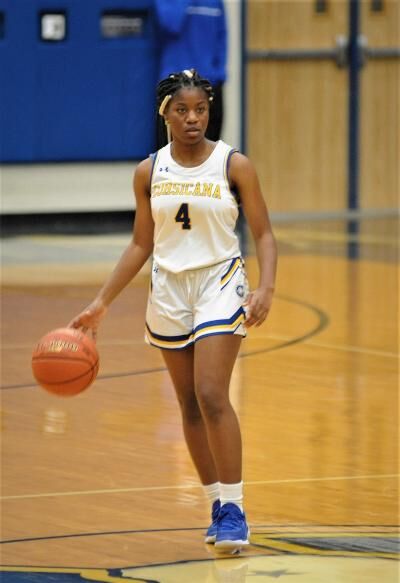 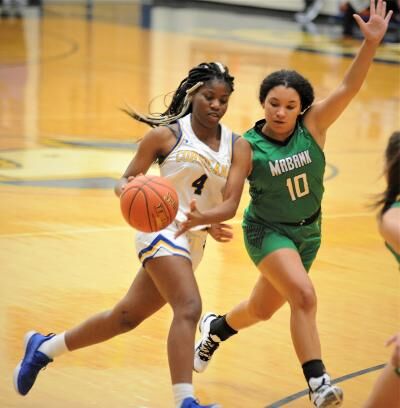 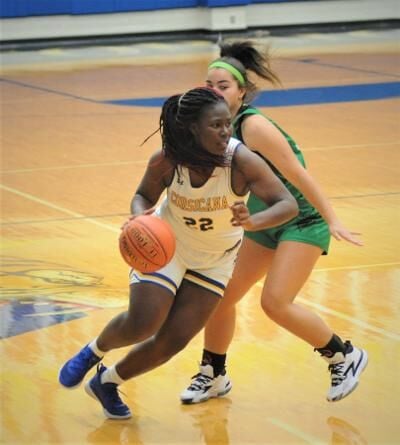 Alaijah Davis drives by a defender 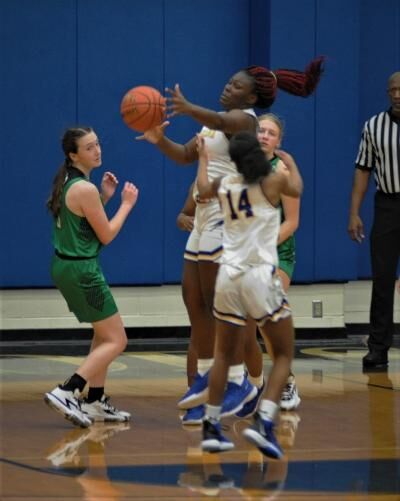 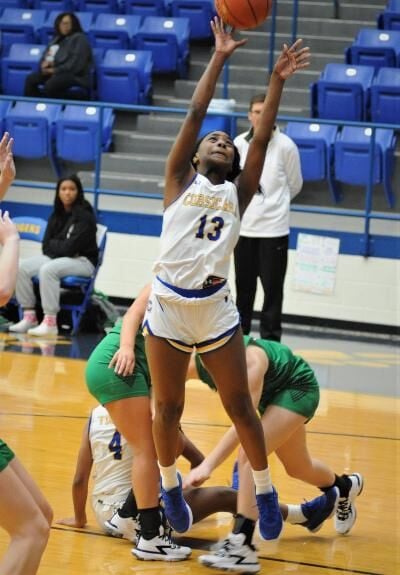 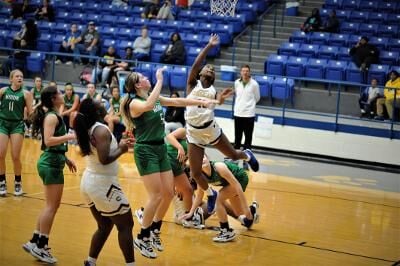 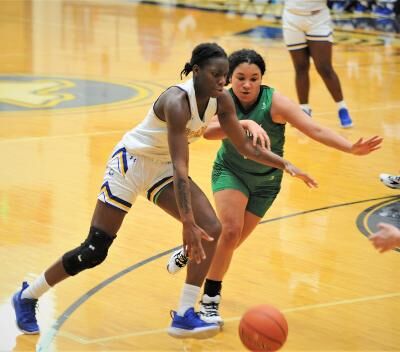 Jazmine Newson puts up a shot.

Alaijah Davis drives by a defender

Talk about coming out of the blocks in a hurry, Corsicana's Lady Tigers have barely had a chance to get to know each other while flying into a new season with a new coach -- and a new look.

Nope, they don't need name tags. You get know your teammates in a hurry when you play all the time and play hard every minute. That's part of the new look for coach Loni Lawson's team.

Lawson's kids have already played 10 games, including an early (make that very early) tournament in Fort Worth, where they went 2-1 in the Paschal Tournament.

Lawson is from Fort Worth, where she took over a program that had won just three games and quickly flipped things around and led her girls to three consecutive trips to the playoffs before heading for Navarro County.

It has been a while since the Lady Tigers have seen the playoffs (see former coach Kenya Landers in 2017). but Lawson is determined to change the program. She has already changed the attitude and the win column.

Her kids are 4-6 and could easily be a 5-5 team after a 1-4 start. They are coming off a 75-24 win over Dallas Bryan Adams on Tuesday in Dallas, where the Lady Tigers busted out to a 20-2 lead in the first quarter.

They also hammered Dallas Kimball, where they know a lot about winning basketball, 48-16.

They lost a close one on Monday, falling to Mabank 46-42. Lawson told her kids they missed 14 free throws and committed too many turnovers and had to play better.

"We've got to learn to make adjustments," she said.

They played Bryan Adams the next day.

She has plenty of young weapons to build with, including junior D'eaudrein Martin, who was a first-team all-district player two years ago as a freshman before moving away last season. Martin is back and leading the team at point guard.

She scored nine points in the Mabank loss and 15 in the romp over Bryan Adams. Roynia Coleman led the way in the Mabank game with 11 points and Martin and Saniya Carter, a track star at CHS, followed with nine points. Alaijah Davis dropped in seven.

Aaliyah Mathis burned down the Adams' nets with a 23-point game. She's averaging 17 points a game this season. Martin followed with 15 and Davis scored 12 points on a day when eight of the 10 Lady Tigers scored.

They will be back home in the Tiger Gym Tuesday night against Hillsboro. It's a long road to the playoffs (five years if you're counting) and that road leads through a brutal district, Lawson and her Lady Tigers have already taken the first steps to bring the program back -- and fast steps at that.