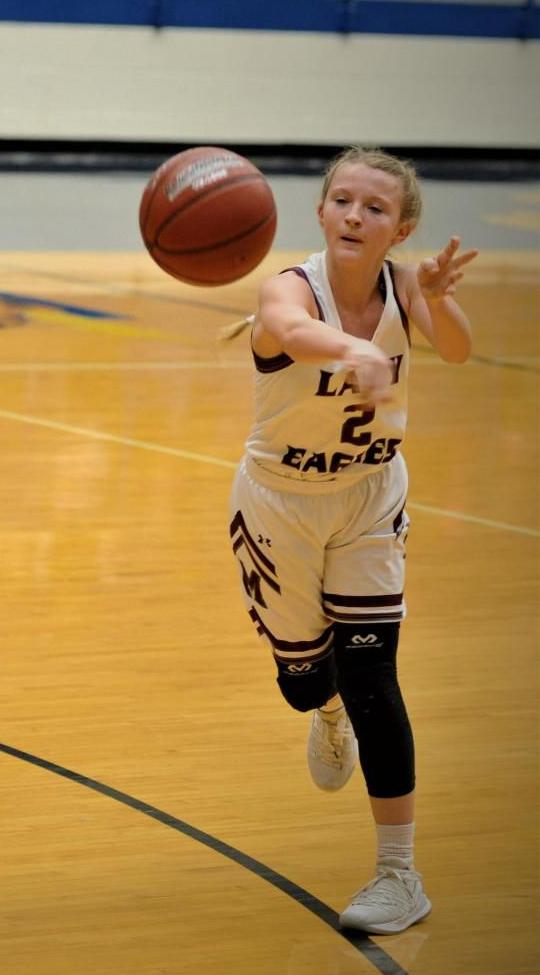 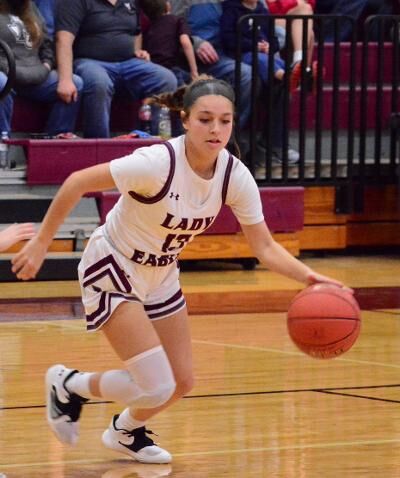 Mildred's girls basketball team had one of the best season's in the school's history and the Lady Eagles soared to District 18-3A honors when the team was recently announced.

Bailey Burks, Mildred's non-stop dynamo who has ignited the team for the past three seasons, was named the 18-3A Defensive Player of the Year, and Kadence Cline, who is a junior, earned the 18-3A Sixth Man award.

Burks plays a bigger-than life game and defends girls who are much taller, and simply dominates the game as a floor leader and a defensive wizard. She was a big part of the Mildred defense that harassed teams all year and held district teams to 30.2 points a game on the way to a 12-2 record and a No. 2 seed in the playoffs.

Cline is a savvy, tough, hard-working player who does it all for Mildred, where she has been a catalyst and leader for the past two seasons.

Mildred's Amy Adamson, a sophomore who led the Lady Eagles in the paint, and junior Kenli Dalton, another tough and savvy guard on a team of unselfish players, were both named to the 18-3A first-team.

Sophomores Arianna Neason and Kasey Bonner both earned second-team honors, and Kylie McCaleb, Peyton Jennings and Mason Ivie were all on the all-district Honorable Mention list,