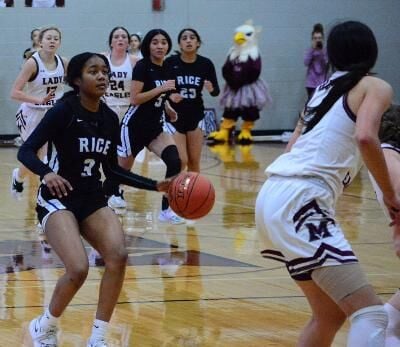 Rice's Saniya Burks was named the 18-3A MVP. 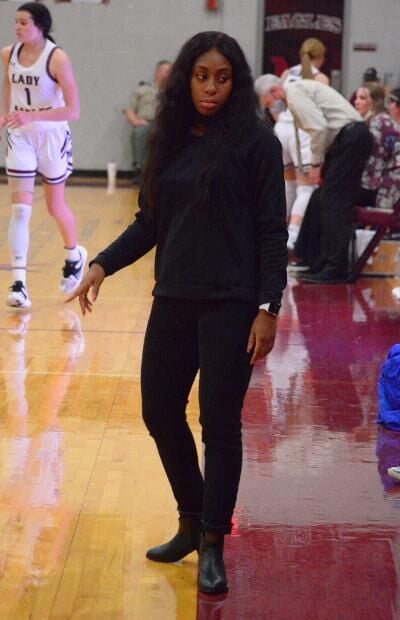 Rice coach Ki'Undrea Smith was named the 18-3A Coach of the Year after leading the Lady Bulldogs to a 13-1 record and district title.

Rice's Saniya Burks was named the 18-3A MVP.

Rice coach Ki'Undrea Smith was named the 18-3A Coach of the Year after leading the Lady Bulldogs to a 13-1 record and district title.

Rice's girls basketball team had one of the best seasons in the program's history on its way to the District 18-3A title, and the Lady Bulldogs were honored when the all-district team was announced.

Rice's sensational freshman Saniya Burks was named the 18-3A MVP and Rice coach Ki'Undrea Smith earned the 18-3A Coach of the year award.

Burks did it all for Rice, averaging a remarkable double-double for the season with some head-shaking numbers. She averaged 26.4 points a game and had some 30-plus games and a 40-point night. She doubled up by averaging 10 rebounds a game and also averaged six steals, eight assists and 2.5 blocks a game.

Smith took the Lady Bulldogs from last to first and a district title as her girls finished district with a 13-1 record.

Rice dominated the 18-3A awards.

Freshman Aaliyah Nezar was named the 18-3A Newcomer of the Year, and three Rice players earned first-team honors. Alyssa Claxton, a junior, Lexi Davis, a senior, and Jonisa Espinosa, a senior, were all named to the first-team.

Nezar averaged 14.8 points a game along with four rebounds, 2.5 steals and two assists a game, and Claxton averaged 16.2 points, five rebounds and three steals per game as they combined to pour in an average of 31 points a night.

Davis did a little of everything, averaging 7.4 points, three rebounds, five assists and five steals a game and Espinosa was a force on the boards, averaging 10.7 rebounds to lead the team and the district to go along with a 9.6 points per game average (just shy of a double-double for the season). She also handed out 1.6 assists and averaged two steals a game.