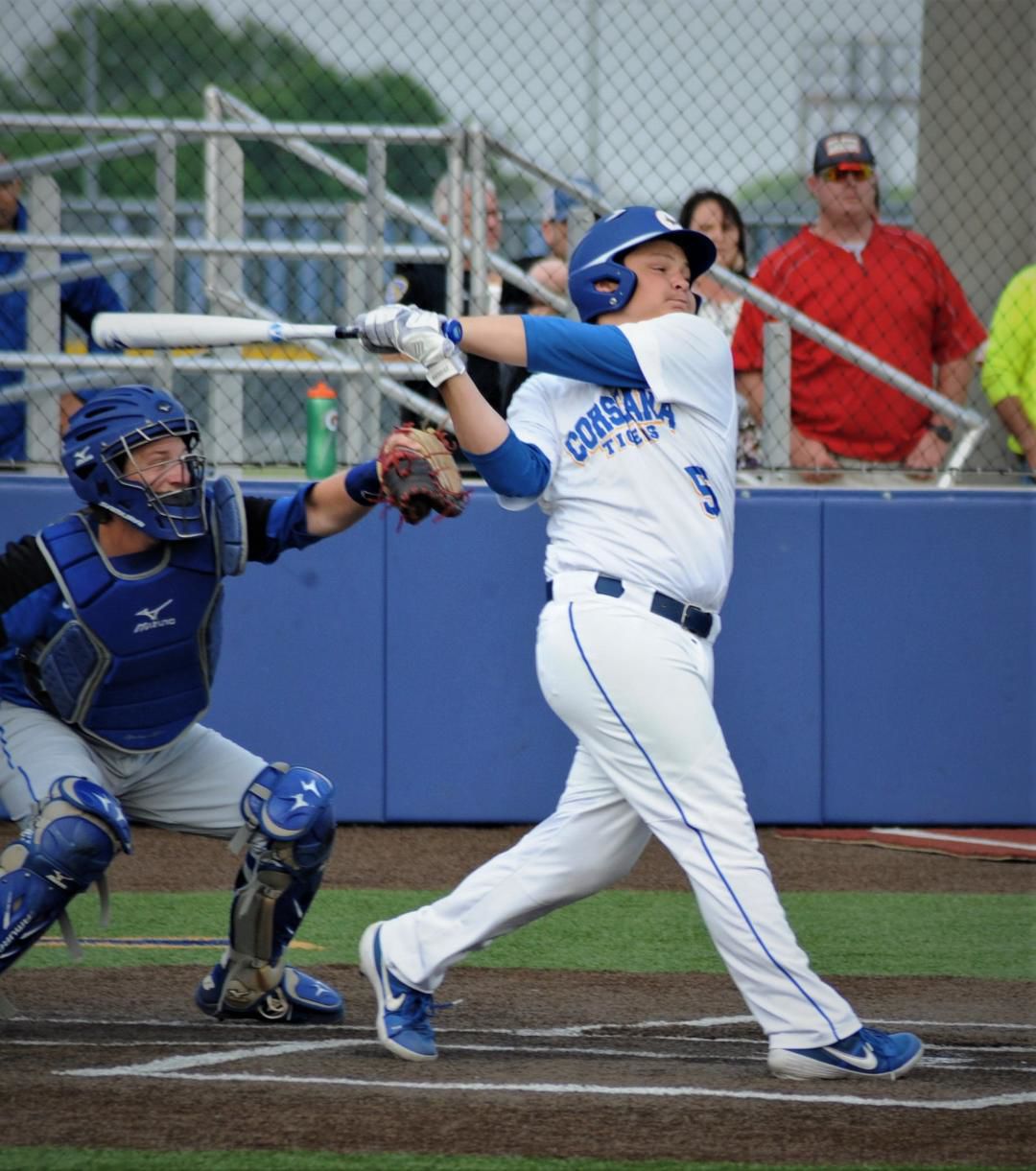 He signed with Navarro this week. 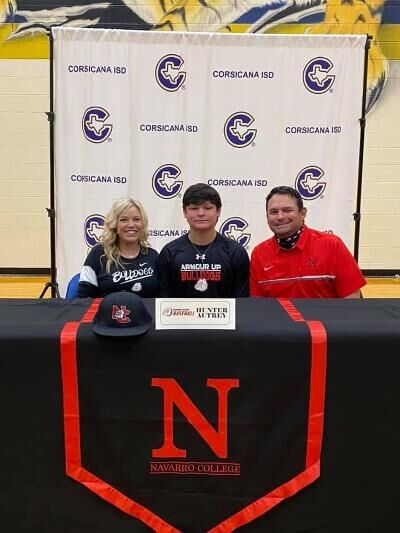 Hunter Autrey (middle) signs with Navarro as his parents, Heath and Whitney Autrey pose with him. 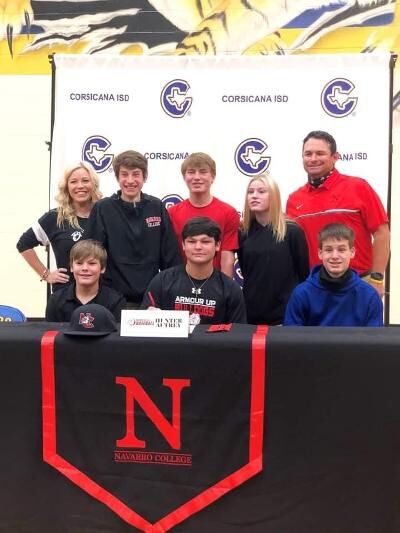 Hunter Autrey and his family

He signed with Navarro this week.

Hunter Autrey (middle) signs with Navarro as his parents, Heath and Whitney Autrey pose with him.

Hunter Autrey and his family

They had been planning it for a while.

"Since I was 5 years old," said Hunter Autrey, who called signing a letter of intent to accept a baseball scholarship to Navarro "the biggest accomplishment of my life so far."

Hunter, one of the top high school baseball players in Texas, signed with Navarro this week with a year left at Corsicana, where he helped lead the Tigers to the state semifinals as a sophomore two years ago.

He was recruited by several Division I schools, and will no doubt play D-I baseball later. He's that kind of player -- a special baseball kid who grew up with the game, a player who is not only strong and powerful at the plate, but disciplined and wise for his years, mature enough and talented enough to take over a game, and born to hit in the clutch -- the kind coaches dream of having on their team. His coach has known him all his life.

Of course, Hunter plays for his father, Corsicana's legendary baseball coach Heath Autrey, who joked about how he literally changed Hunter's diapers in the dugout while coaching years ago.

It's a baseball family.

"The Autrey family has been very good to Navarro," said Bulldogs coach Matt "Pudge" Podjenski, who was an assistant coach when he coached  Heath's brothers Garrett and JT when they played for Whoa Dill.

Heath coached at Navarro and his brother Leighton also played at Navarro, and Heath's best friend is former Navarro coach Skip Johnson, who is now the head coach at Oklahoma.

Heath took a deep breath and talked about the long journey for his son, who joked about hitting before he could walk. Hunter has been playing all his life (yes, when he was 5) and has played for Select Travel teams growing up, including recently for Russ Pratt's team out of Oxford, Miss., and Jared Sadler's team out of Los Angeles.

"I want to thank Russ and Jared," Heath Autrey said. "They had a lot to do with Hunter's growth. I want to thank all his coaches at Corsicana, coach Byron Nolan, coach Bo Moore, coach Richie Cuterer, coach Shane Holcomb and coach Matt Wilkins -- and all of his teachers at CISD who helped him along the way. And Rusty Hitt and Todd Wills (of KAND radio) for their support and the community of Corsicana. So many people are a part of Hunter's success and him having this (signing) day."

Hunter led the Tigers in production in 2019 and in the short 2020 season. He led the team with 12 RBIs during the playoff run to state, coming through with clutch hits, including the game-winner against Midlothian.

"That's my proudest moment of Hunter as a coach," Heath said. "And he not only came through to win the game, but he hit the ball to left-center (the opposite field) like we always talk about.

"Coaching your son is one of the hardest things anyone will ever do, but it's also one of the greatest blessings you will ever have," he said.

Hunter has been a monster at the plate for the Tigers, driving in 28 runs in 2019, and he was off to a torrid start in 2020, driving in 13 runs in 11 games before the season was cancelled.

Heath said part of Hunter's emergence and journey was because of the players on the 2019 Tigers.

"Players like Micha Burke, Devin Lindsey, Ty Noland, Blake Hoffman, Landon Pritchett -- the seniors o that team -- helped Hunter. They're a big part of his growth as a players."

Heath said Hunter's success has been a family affair, and pointed to his wife, Whitney, and her love and support for Hunter as well as all the children in the family, Bradley, Mason, Ty, Elana and Easton.

Hunter, who is power-hitting left-handed bat who has turned himself into a agile and talented first baseman, said he first thought of playing college baseball as an eighth-grader.

"That's when I made up my mind and decided to play college baseball," he said. "I just worked hard and played a lot of summer ball and worked to get better. I played four years of summer ball in front of a lot of recruiters.

"I'm grateful to be signing with Navarro," he said. "It's a great program and I feel it's an opportunity to improve and go on and play Division I baseball. I've always been able to it, and I've really worked hard on my agility and defense and I'm getting stronger."

Podjenski knows all of that and more, and knows what he's getting.

"We're getting a baseball player," he said. "A guy who has worked hard and continued to grow as a player. He has the right mindset to grow. I think he can be an impact player. He definitely fits a need we have (at first base) and he gives us a real good left-handed bat. We're excited and happy to get him."

It has been a long journey, and Hunter knows it.

"I really appreciate all the people, a lot of family, coaches, friends who helped me get here," Hunter said. "I appreciate them a lot."