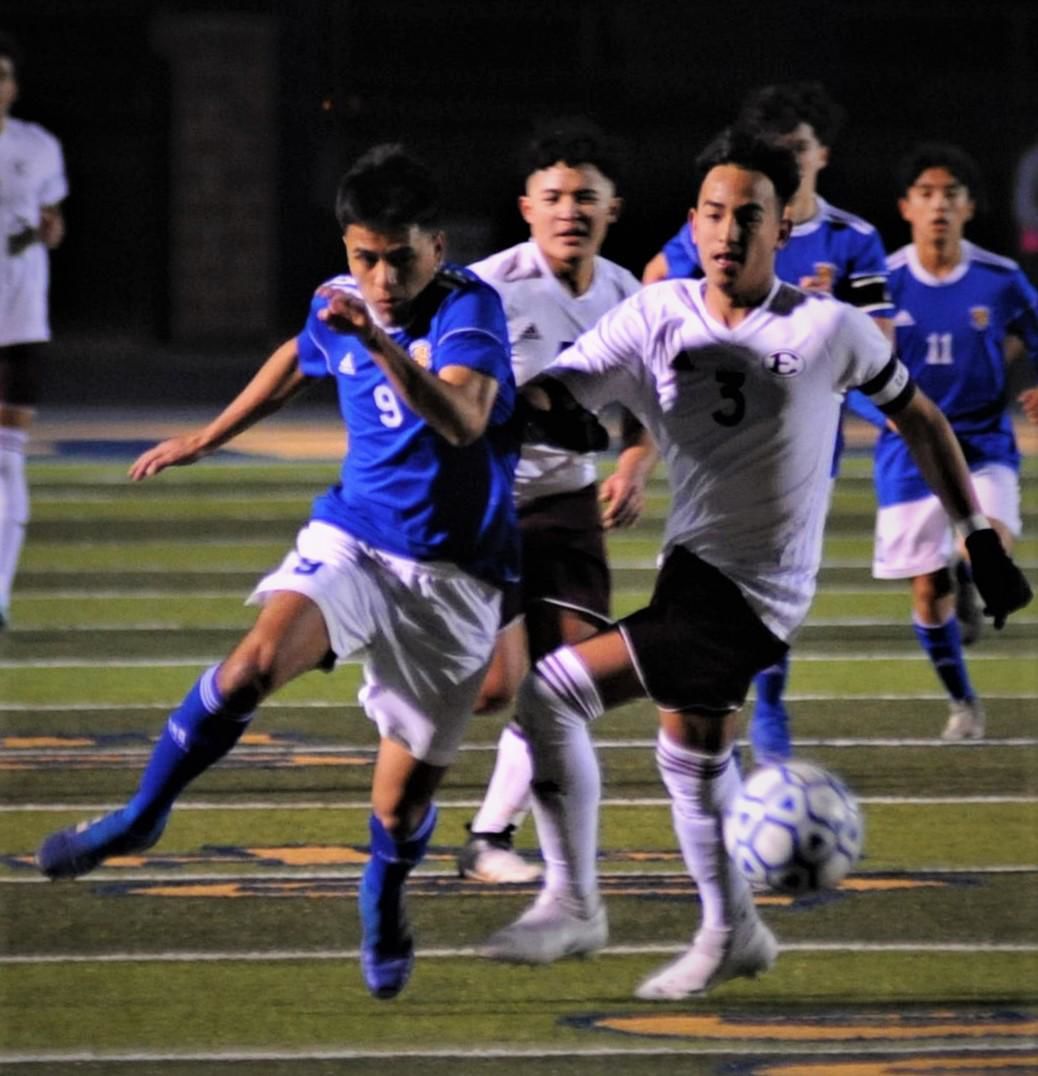 Corsicana’s Pedro Torres flies down the field as he breaks away from an Ennis player.

Corsicana’s Pedro Torres flies down the field as he breaks away from an Ennis player.

It’s a long season, and that’s what Corsicana’s boys soccer team can take with it as the Tigers head into their next district game Friday at Red Oak, where they hope to put their district opening night loss to Ennis behind them.

The Tigers have had a strong season, but everything that would go wrong did go wrong Friday at Tiger Stadium, where they lost to Ennis 5-1 in the district opener.

Ironically, the Tigers dominated play in the first half and not only kept the ball on the attacking side of the field, but spent a good part of the first half in front of the Ennis goal before going to halftime down 2-0.

Ennis capitalized on every opportunity in the second half to pull away.

Corsicana’s only goal came from David Lara, who is having a great season.

The Tigers have plenty of time to recover. They have 11 district games left on their schedule, and have proven already this season that this can be a big year for a team that returned nine starters and added some talented new players.

The Lady Tigers battled Ennis to a 0-0 tie, and that’s just how tough the Corsicana girls have been this season.

They are now 4-3-4 for the season, but haven’t lost in their last six games.

They are 3-0-3 over that stretch and have had excellent defense and goalkeeping this season.

They have allowed just two goals over their six-game streak as goalkeepers Paola Cedillo and newcomer in goal Lara Bwicheilug have both played well.

The Lady Tigers also have 11 games left this season.