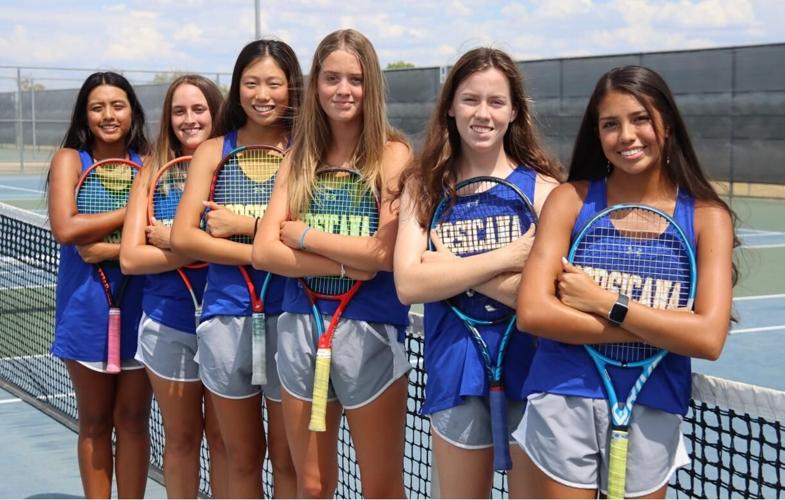 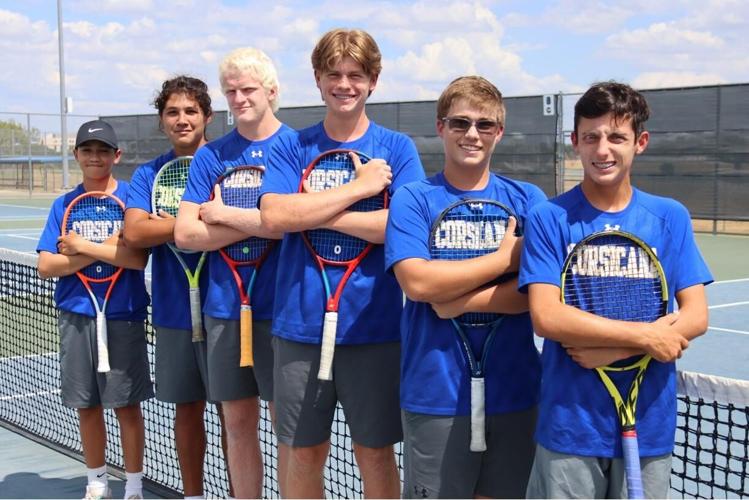 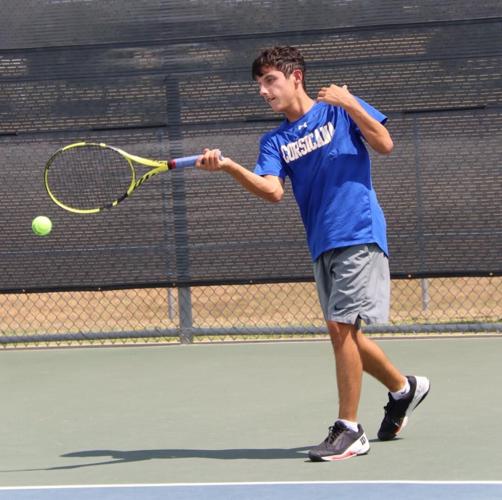 Will HIggs, a freshman, has made an impact already along with his twin sister Kate. 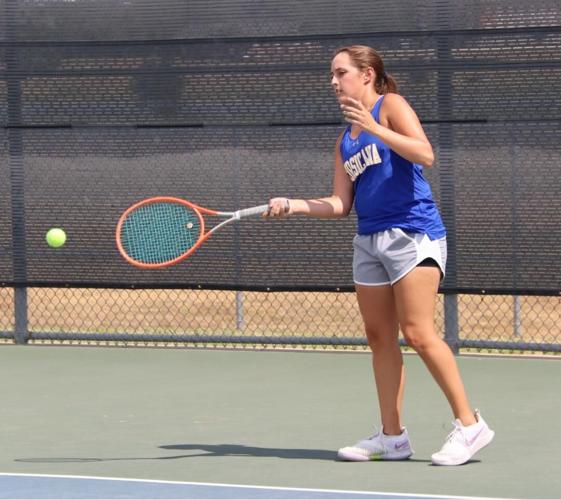 Emma Carpenter returned this season along with four other starters for the girls. 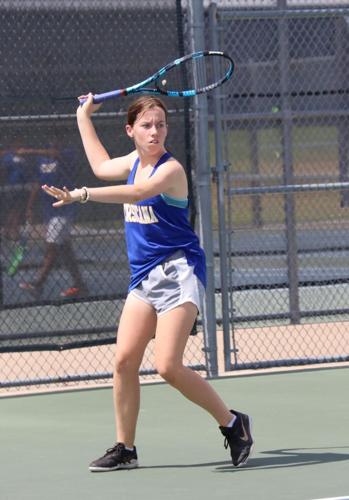 Corsicana freshman Kate Higgs and her twin brother, Will, have made a big impact this season.

Will HIggs, a freshman, has made an impact already along with his twin sister Kate.

Emma Carpenter returned this season along with four other starters for the girls.

Corsicana freshman Kate Higgs and her twin brother, Will, have made a big impact this season.

Corsicana's Tiger tennis team is off to a hot start.

Nope, that doesn't quite get it.

Corsicana's Tiger tennis team is off to a red-hot start.

Corsicana's Tiger tennis team is burning the nets down this season.

Chad White's fall tennis team (they play team tennis, not individual tennis) is always good and sometimes exceptional, but the 2022 kids are rolling -- and their rolling in some big time circles.

The Tigers are not only 8-1 but they've knocked off state powers from Longview, Midlothian and Anna, and their only loss is to Class 6A state power Waco Midway, which had to fight like crazy to hold off the Tigers 11-8.

Speaking of scores, how about this one? Midlothian is a 5A Country Club program that roars on the tennis court, but White's Tigers didn't hear a peep in a 17-2 romp. They beat Longview's state power 11-8 and Anna, a 4A state power, 14-5 and have rolled by everyone else.

"I'm so proud of how the team played (against Midlothian)," White said. "They executed well and displayed good composure and confidence on the court.

"I'm proud of the team," he said after his kids beat Tyler 18-1 and Anna 14-5 over the weekend to improve to 8-1. "They always give a great effort. We have a great team culture to have all the players commit to excellence."

It's early but these Tigers (boys and girls teams that combine scores in team competition during the fall season) are ready to play. All the girls except one returned from last year's team, and it shows.

Avery Williams (9-0), Ashley Butron (9-0), Hillary Zhang (9-0) and Natasha Vargas (9-0) are all back and all off to undefeated records in singles play this season. That's a combined 36-0 record, and freshman Kate Higgs and last season's No. 1 girl Emma Carpenter are 9-0 in doubles.

Kate Higgs showed up this season with her twin brother, Will, to add to what was already a formidable team, and the freshmen twins are as hot as anyone on the court -- and it seems every Tiger player is pretty hot.

"The girls are playing great," said White, who won with one of his youngest teams last year. Now he has more youth with the Higgs twins to go along with Avery Willams, who was a freshman sensation a year ago.

Several players have stepped up for the boys, including Higgs, who is 8-1 , including a big win at Midway.

"He beat Midway's No. 1 in a huge match," White said. "Isaac Owens is playing well with Higgs at No. 1 doubles for the boys. Ethon Scoggins and David Munoz are playing well and have some wins in doubles and Isak Rodriguez and Jaxson Mahoney have pulled out some big wins in doubles. Zach Thomas has played well in boys singles and Abbie Walthan has played well in girls doubles."

White expected to be strong again this season with most of his team returning.

It's a full-court press from all the Tigers, who have always believed in the team concept of the rare fall tennis season, where it's one for all and all for one instead of the typical individual play in spring tennis.

No one appreciates the game as much as White's Tigers, who have one of the most spectacular high school streaks in Texas. If you are just now reading about Corsicana's Tiger fall tennis team, get this: The program has earned a playoff berth in fall team tennis for 37 years in a row, and everyone on the 2022 team is aware of the streak and wants to keep it alive. No. 38 hangs over the program's head but the real pressure won't start until district play begins on Aug. 23 against rival Ennis.

For now the Tigers are not only tearing up the court, but they're beating just about everyone with lopsided scores while winning with class.

"The best part of this season is that a couple of coaches have already commented about the quality of our kids," White said. "We have great character kids. We have a great culture (in our program) and that makes you very proud of them."

The Corsicana culture that comes from White has defined the program for years, and it's helped carry this team to a fast start and the promise of an even brighter future this season.

The Tigers play twice this week against two more quality teams -- Mansfield on Tuesday and Lindale on Friday. District doesn't begin until next week, but oh-what-a start!