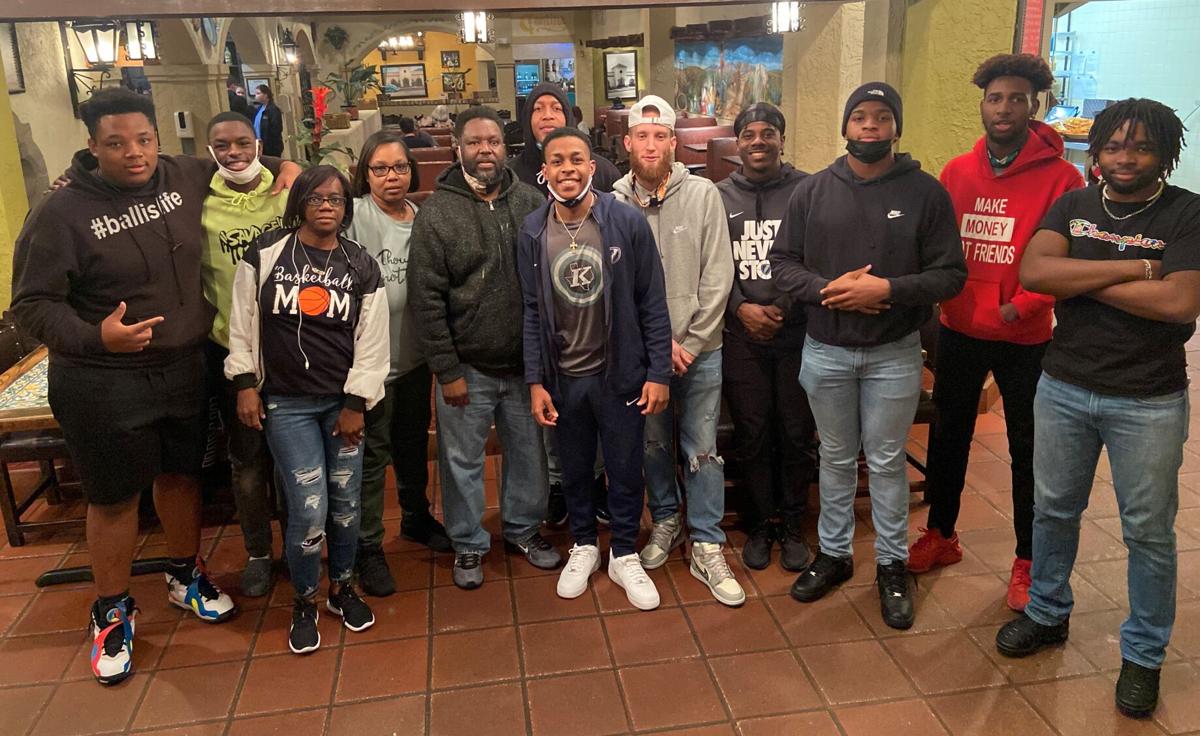 Taymont Lindsey (front and center in the white tennis shoes) celebrates a spontaneous homecoming with many of his friends and family members who made the trip to Dallas to watch him play for Manhattan Christian College in the NCCAA Region Quarterfinals. 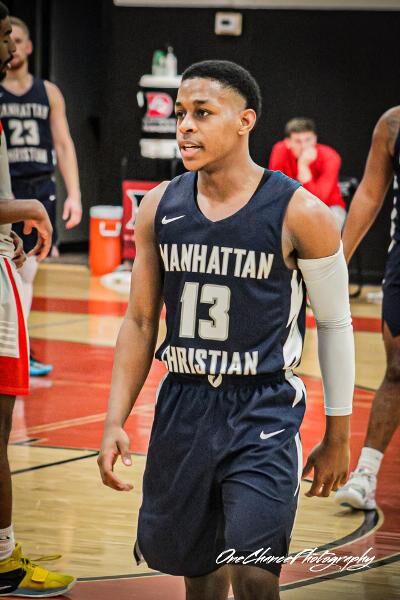 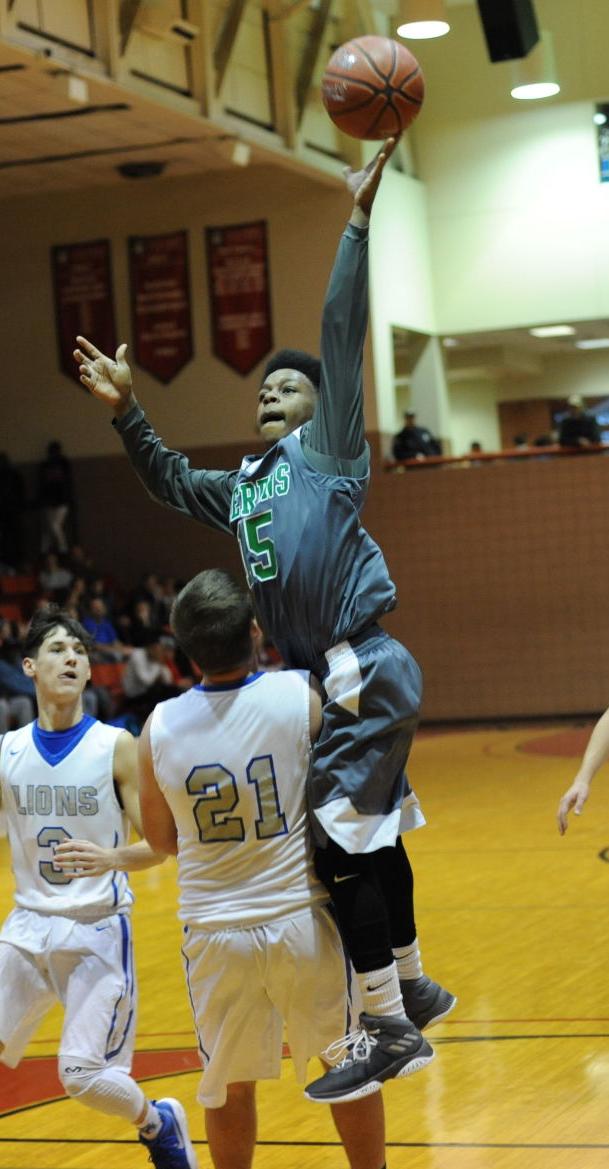 Lindsey is now an impact player at Manhattan Christian College.

Taymont Lindsey (front and center in the white tennis shoes) celebrates a spontaneous homecoming with many of his friends and family members who made the trip to Dallas to watch him play for Manhattan Christian College in the NCCAA Region Quarterfinals.

Lindsey is now an impact player at Manhattan Christian College.

Taymont Lindsey stole hearts and basketballs during his career with the Kerens Bobcats, spinning and whirling, flying up and down the court with an electric brand of play that made him one of the most beloved basketball players who ever wore Kelly Green for Kerens.

So it was no wonder that more than 20 friends and family members made the trip to Dallas last week to see Lindsey play for Manhattan Christian College in the NCCAA Region Quarterfinals.

He's a junior with two years left for the Thunder, and he's just as much fun to watch now as he was at Kerens, where the 5-8 point guard was the district and the Golden Circle Offensive Player of the Year for three seasons in a row.

He averaged 18 points and 2.5 steals his senior year (2018) at Kerens and earned a scholarship to the Kansas Christian school.

"It was great to see him play," said Taymont's father, Thurston Lindsey, who led a parade of Taymont fans to Dallas for the game. "We would have had a lot more people if not for the COVID virus, but everyone who came to Dallas was happy to see Taymont. People love to see him play."

The Thunder lost the game 88-81 to Arlington Baptist, but will still advance to the NCCAA National Tournament as an at-large team. Lindsey had another memorable game, scoring 13 points and running the offense.

He is the same full-speed, breakneck, full-of-energy player in college that he was at Kerens.

And the Kerens crowd that came to the game meant the world to him.

"It was great seeing everybody," Lindsey said. "If it wasn't for COVID I felt like all of Kerens would have been there.

"It was a heart-warming moment for me. I hadn't seen them in months, and to see all those people from Kerens at the game, it was definitely a boost for me."

Lindsey has been a boost for the Thunder. He had been coming off the bench as the team's sixth man and making an impact in that role, but coming down the stretch of the season Lindsey had a chance to start and get more playing time.

In his previous two games before coming to Dallas Lindsey poured in 26 points and 22 points. He finished the season averaging 13.5 points a game and shooting 57 percent from the floor.

Lindsey is also a star in the classroom, where he is majoring in management ethics with plans to be a personal trainer after graduation. He has made the adjustment to college as well as anyone.

"I plan on working at Kansas State or coming home to Texas after I graduate," he said. "I feel like coming here is the best decision I've ever made in my life. Taking that step to come here and meeting all the new people I've met here has been great for me."

The Thunder went 9-1 and won the conference title and went 17-9 for a season to earn a berth in the postseason. That ride to the playoffs included a trip to Dallas, and a homecoming for Lindsey -- a sweet and moving homecoming Lindsey says he "will never forget."