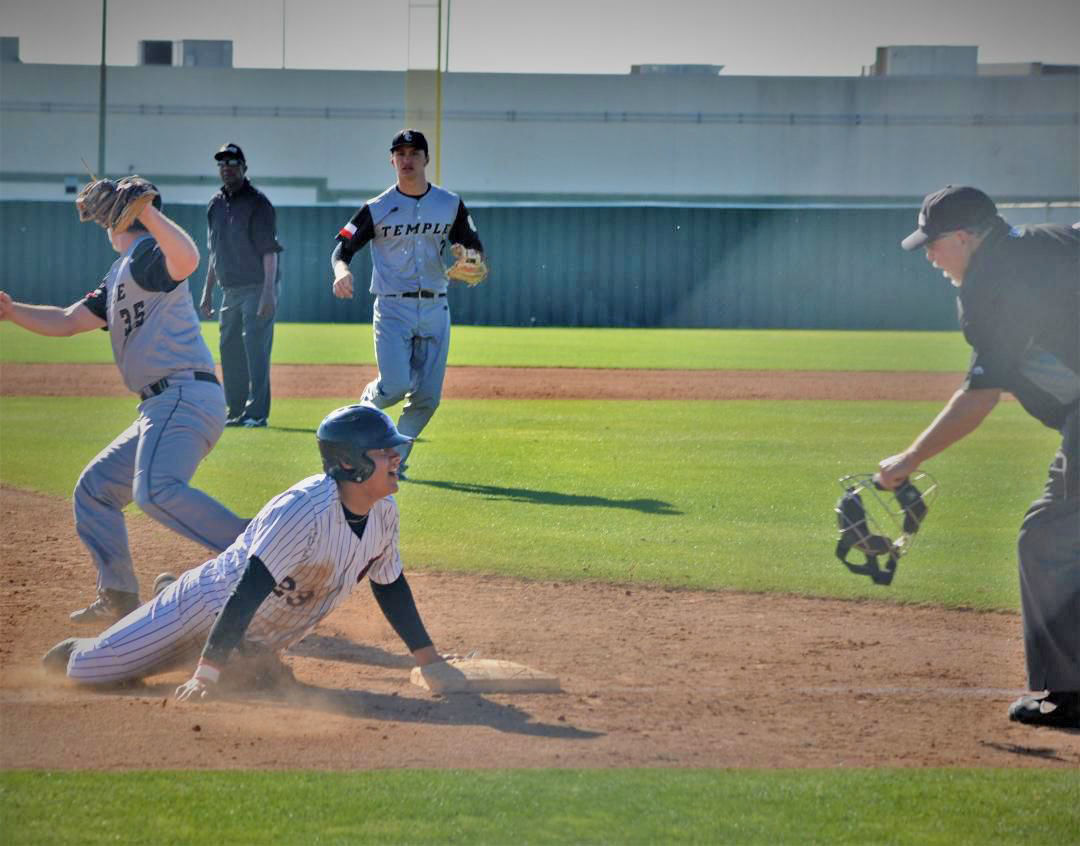 Navarro's Jose Gonzalez slides into the third base against Temple. 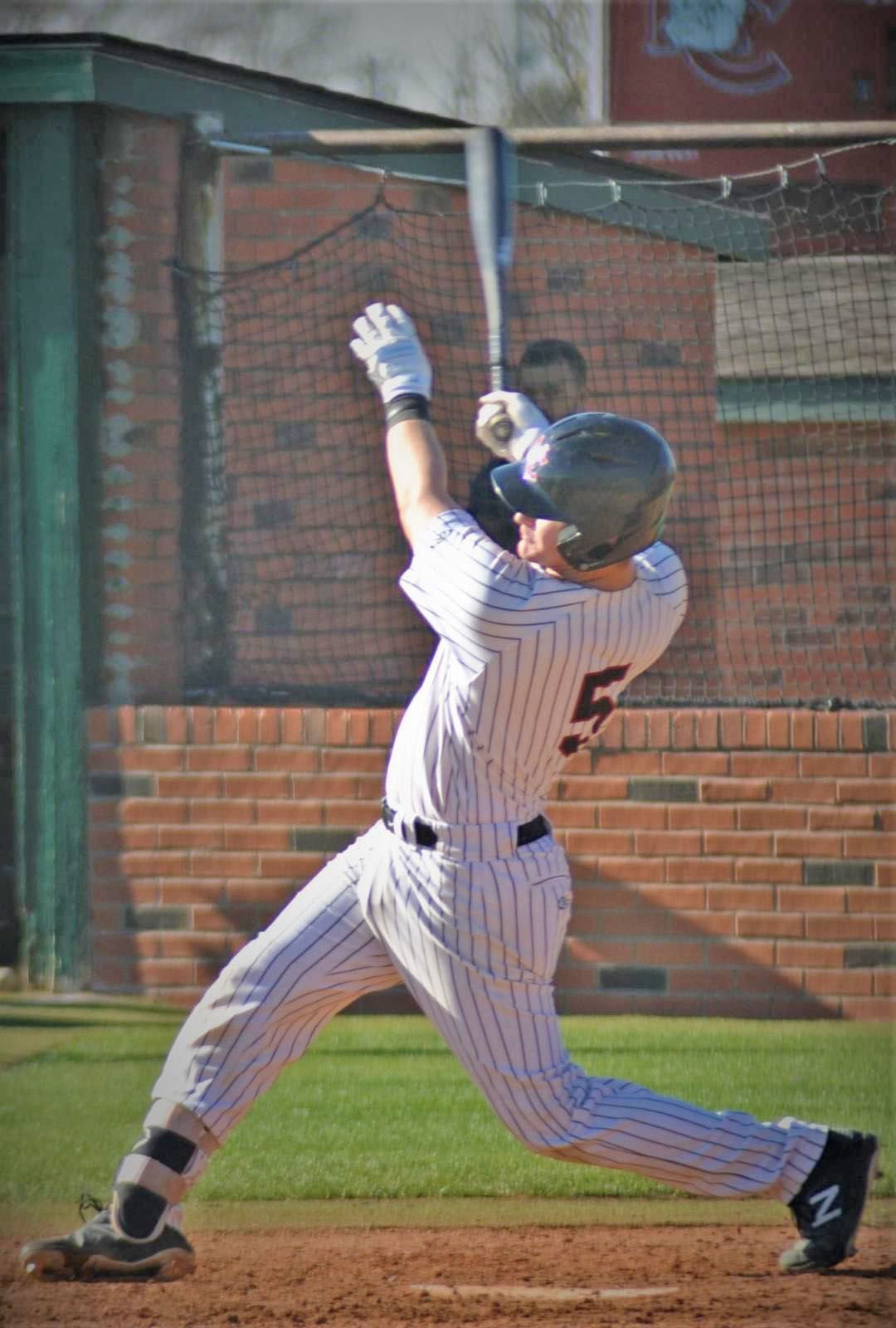 Navarro's Jose Gonzalez slides into the third base against Temple.

Navarro’s Bulldogs came oh-so-close to getting a sweep over the weekend against Temple, winning the first two games before losing the final game of a doubleheader on Saturday 11-10 in Temple.

The Bulldogs won the lone game at home on Friday, bashing their way to a 19-9 victory.

Ethan Ruiz hit two home runs, scored twice and drove in two runs for the Dawgs, who scored in all seven innings of the mercy-rule shortened game.

Carson Rollins started and got the win, going five innings and allowing just four hits and one earned run while striking out three.

The series moved to Temple on Saturday as the teams wrapped things up with a doubleheader.

The Bulldogs erupted for a four-run inning as they strung together five hits in a row and grabbed a 4-0 lead in the top of the fourth in the first game Saturday.

Ruiz and Woods both singled in runs in the inning. Woods drove in a run and he also scored, and Ruiz scored in the inning. Kyle Hawkins delivered the big blow when he ripped a two-out, two-run double to lift Navarro to a 4-0 lead.

Jake Combs picked up the win on the mound, throwing four scoreless innings. He gave up two hits and struck out four.

The final game was a wild one.

The Bulldogs fell behind 7-1 after four innings but battled back and almost pulled it out.

They scored one in the fifth, two in the sixth, three in the seventh and three in the ninth and had two runners on when Temple recorded the final out.

Cash Rugely, who made his season debut, went 2-for-4 with a double and scored twice. He drove in three runs.

Stacey Bailey hit his second home run of the season, a two-run shot, and Riley Lambert went 2-for-4, scored twice and hit a solo home run.